Crossovers are still all the rage, and BMW has decided the X1 doesn’t have that mass appeal they’re looking for. They need something sleeker, more modern, a car that appeals to a younger audience rather than an entry level into the brand. Cue the X2. 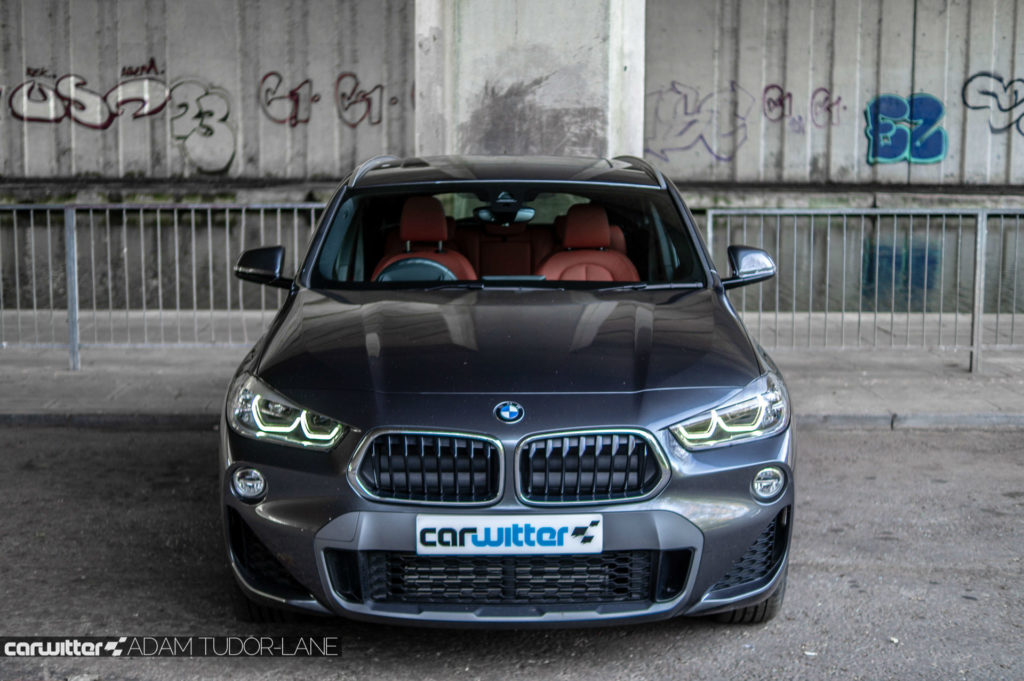 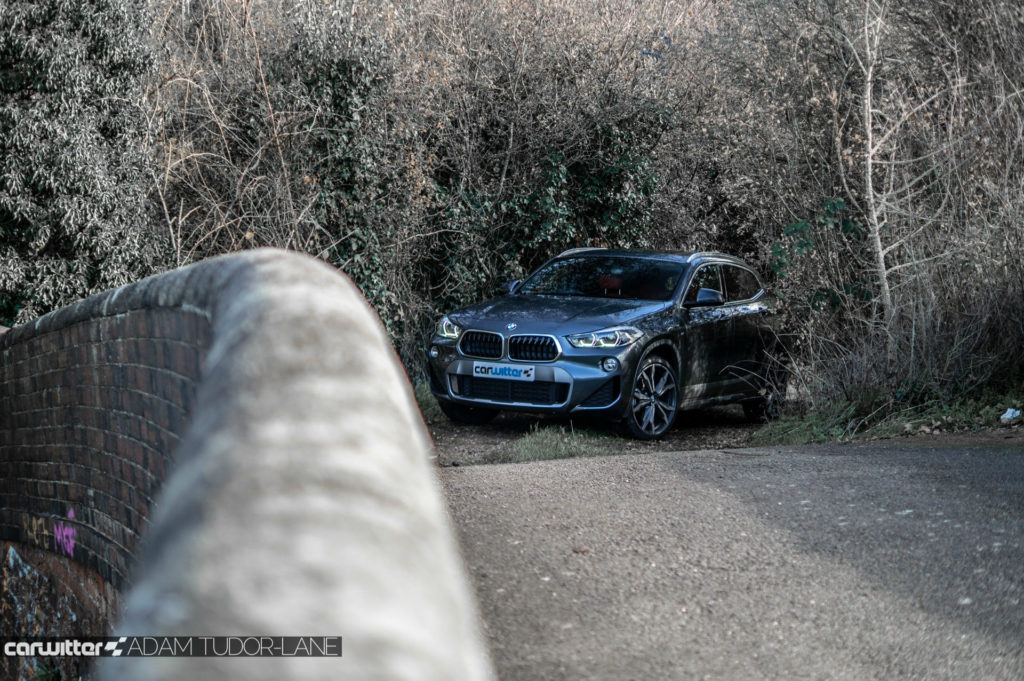 In BMW world X means off-road, or it used to. However, the X2 cuts a coupe profile; it’s 7cm lower and 2 cm shorter than the X1.

The way they’ve got away with making it a ‘crossover’ is the clever styling toward the lower sides; there’s a piece of cladding that cuts up into the sill which makes it look lifted, as though there’s more ground clearance going on than there actually is.

It’s similar to what Citroen did with the DS4; it’s just a chunky five-door hatch. Like someone’s stuck an air-line into the tailpipe of a 1 Series and left it on for a few minutes. 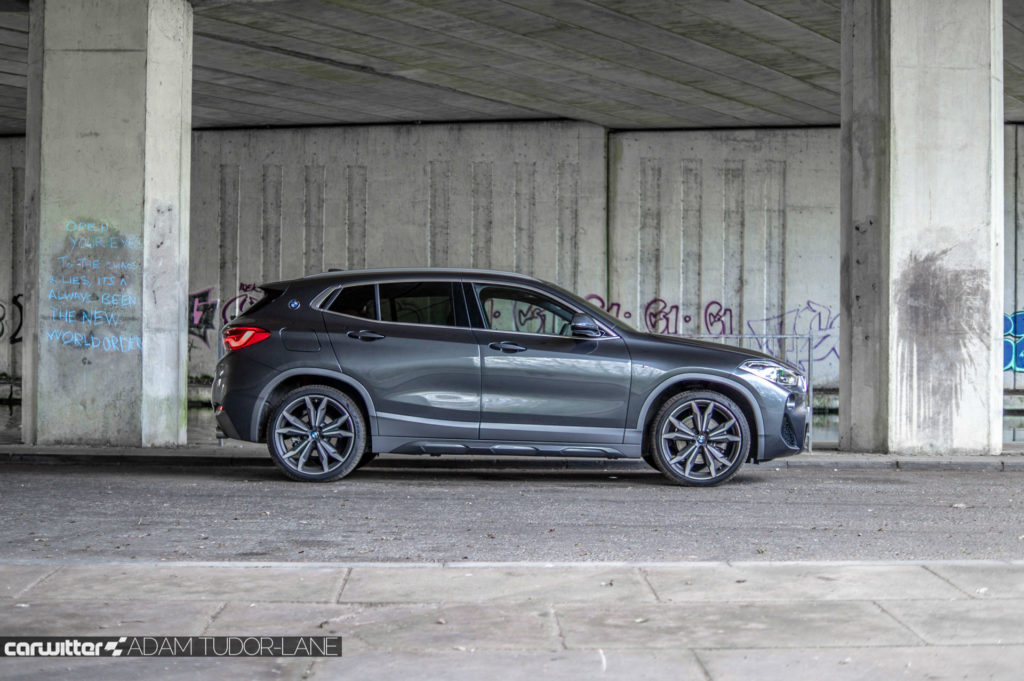 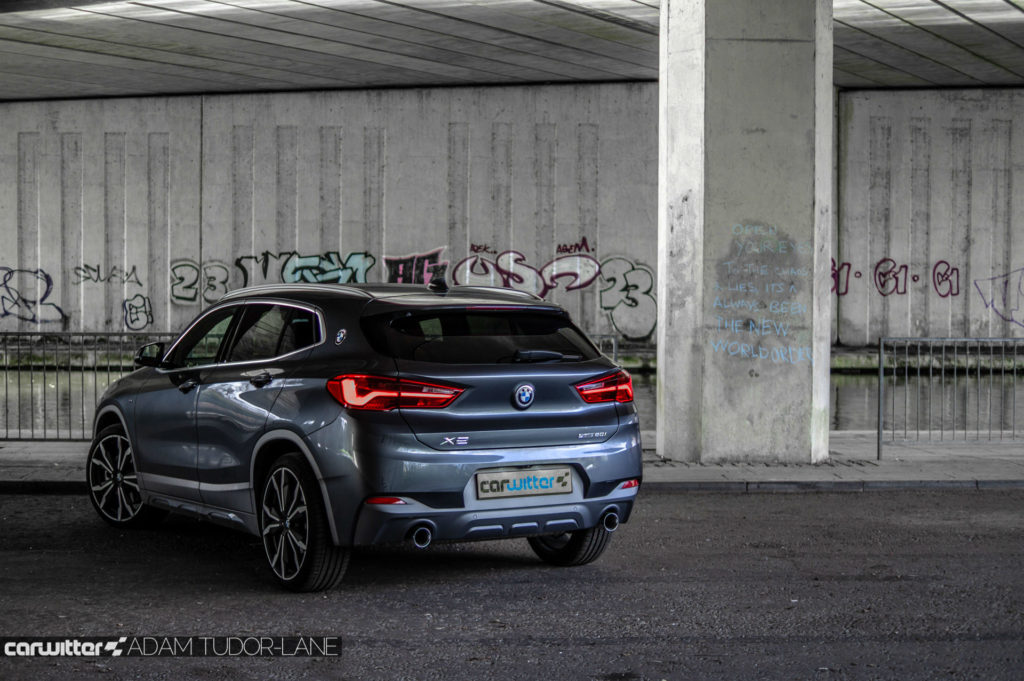 That’s not a bad thing either; the X2 is a handsome looking machine. M Sport X adds extra ‘off-road’ appeal by placing frozen grey cladding around the arches, along the bottom of the doors and on the front grille. It stands out more than others, but on our Mineral Grey model, it blends in nicely.

Those BMW roundels on the rear pillar look a little odd, it’s apparently a hark back to the BMW coops of old, but seeing as the new 8 series, Z4 nor the i8 has them, why? We think they just had a ton of overstock at the factory and had to shift them ASAP. 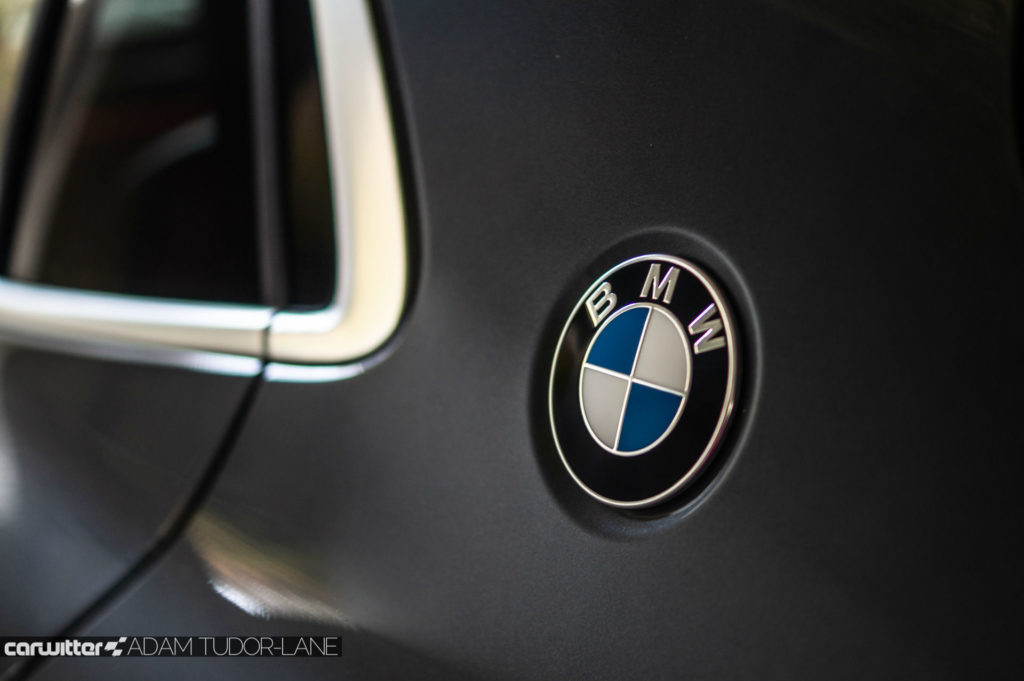 You can opt for the X2 in front wheel drive, sDrive as BMW call it, or xDrive which is four-wheel drive.

Being in M Sport X guise our car had the lower, stiffer M Sport suspension, so things were on the firm side, but the X2 still took the worst of Britain’s roads in its stride. One thing you do notice, primarily as it was on 20’s is how hushed the interior is.

You’re cocooned from the outside world, the only slight bit of noise is from the mirrors. It’s something we’ve only ever picked up on before in the likes of the Range Rover Sport. 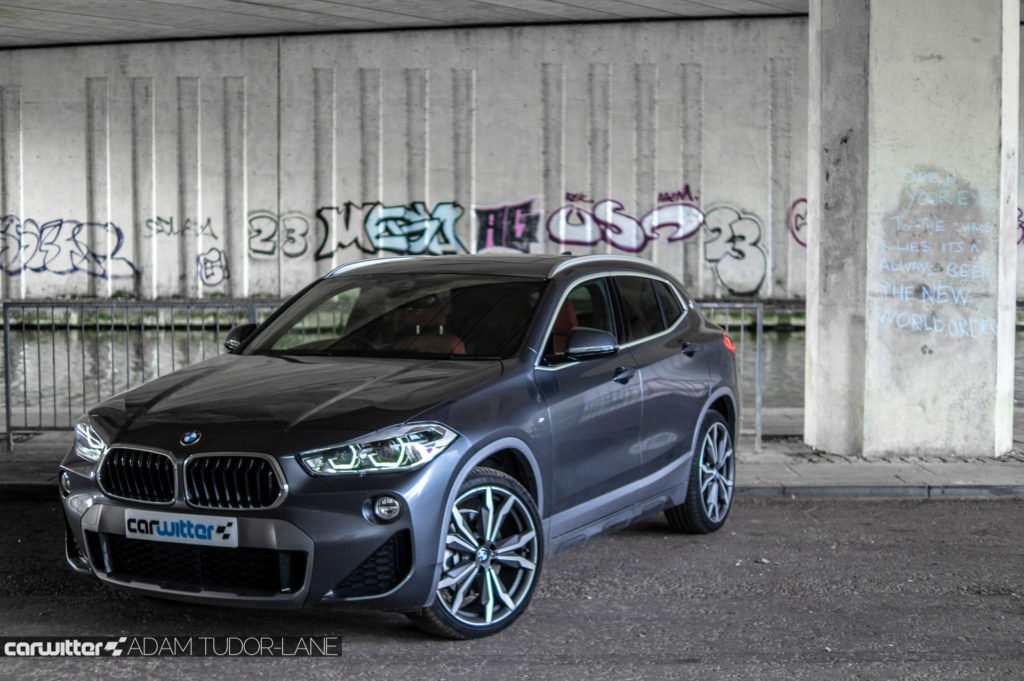 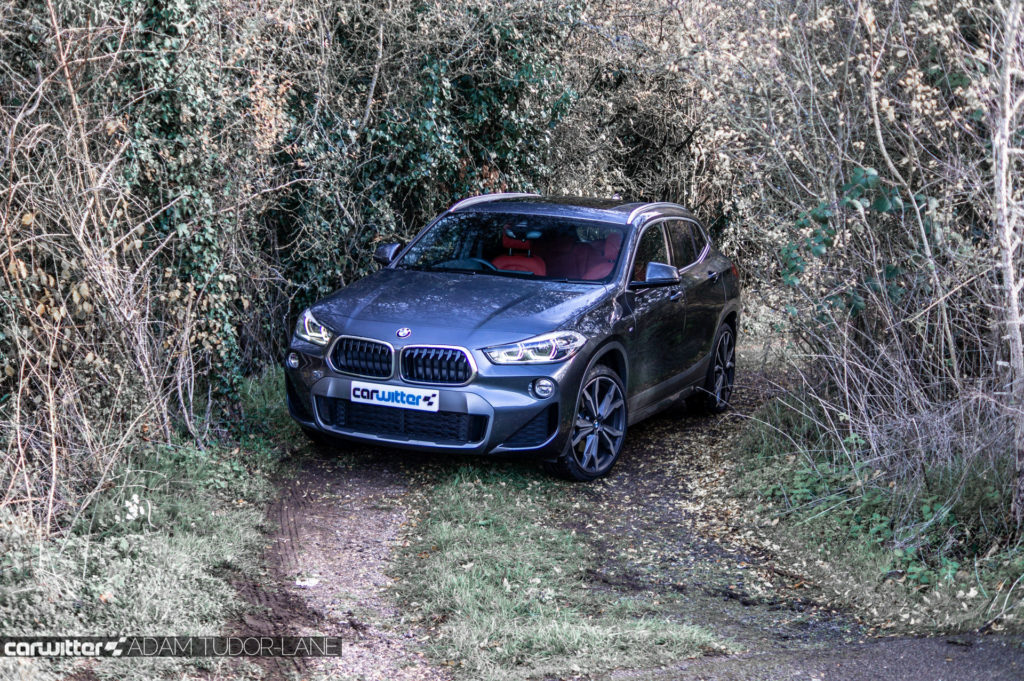 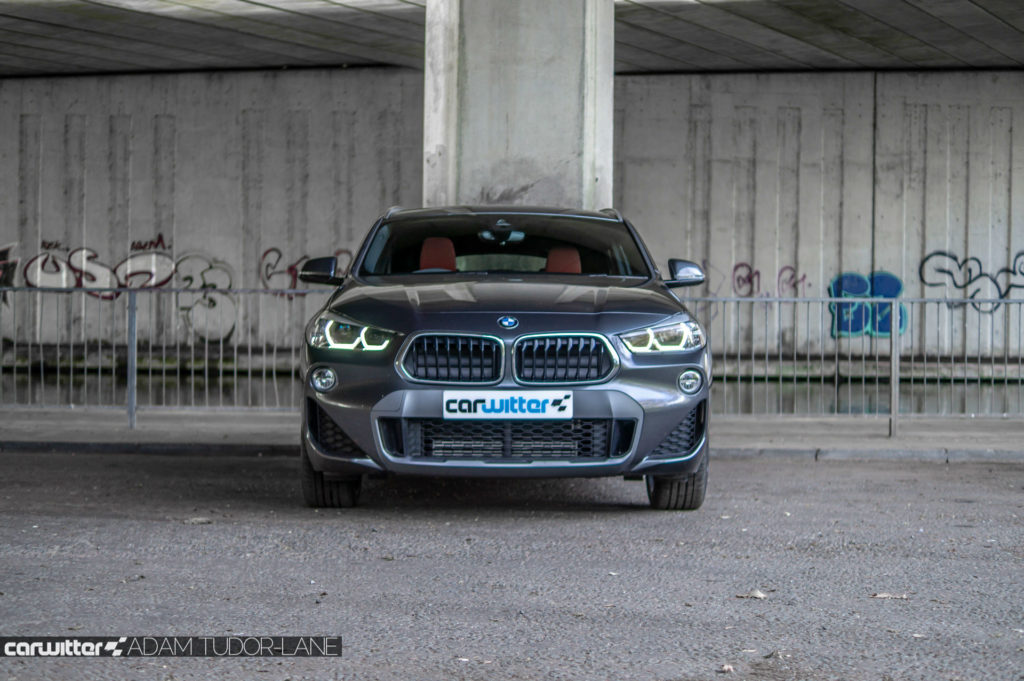 Through more spirited driving the little Beemer stays upright well, there’s controlled body lean through corners and tighter turns, but you can’t unsettle the X2 unless you’re a proper hooligan.

Feedback is on the lacking side when it comes to steering, you experience more in a BMW 3 Series, but it goes with the crossover territory. It does, however, have a nice progressive lock to it, and it’s rather direct in nature making around town driving a breeze.

The gearbox is a particular highlight, the eight-speed automatic is buttery smooth, changes are barely perceptible, and no matter how hard you try it can’t be coaxed into a fluster. 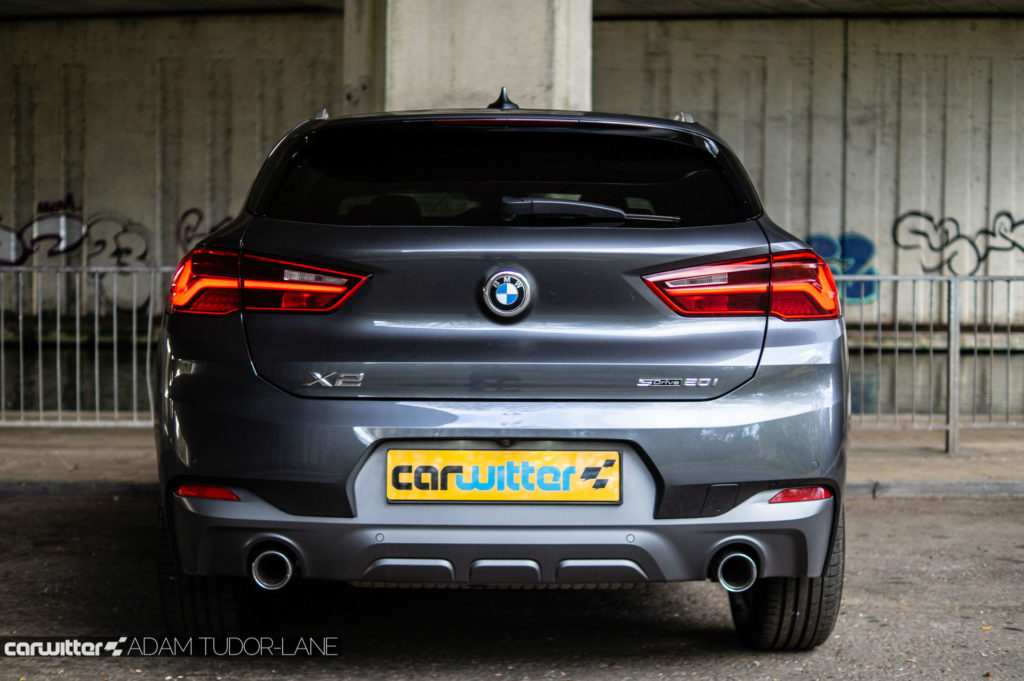 Opening the door to our X2 and you’re greeted with a sea of bright red. The interior is dubbed Magma Red matched with Dakota Leather, it certainly brings the interior alive, and the standard BMW quality you expect is here in abundance. From soft leathers to precise stitching and tactile plastics. The hexagonal detailing across the dash is also incredibly smart. 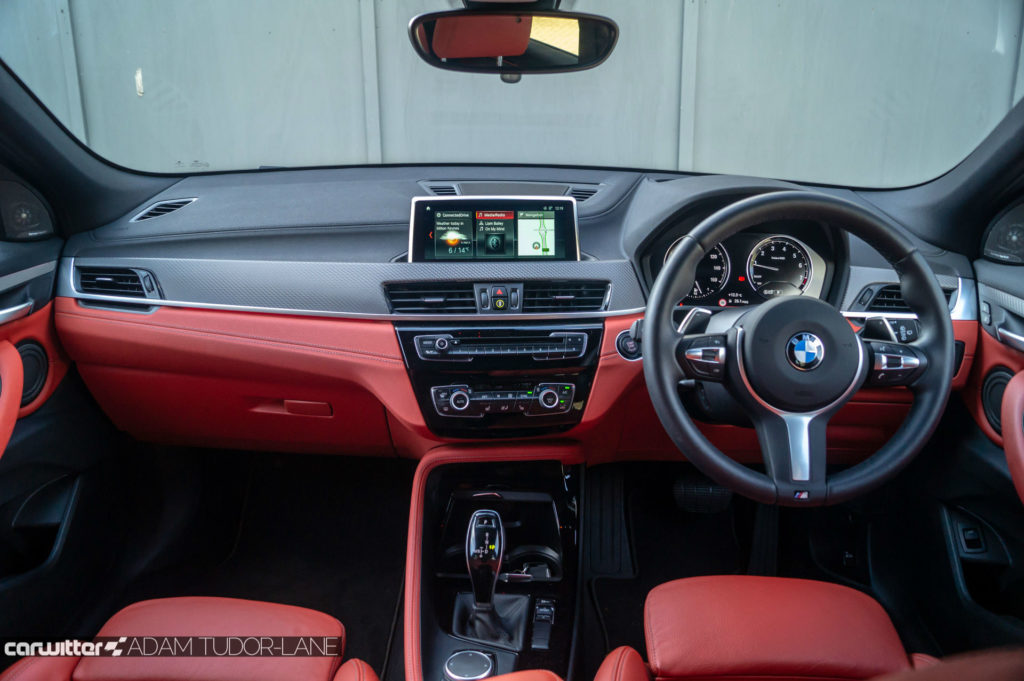 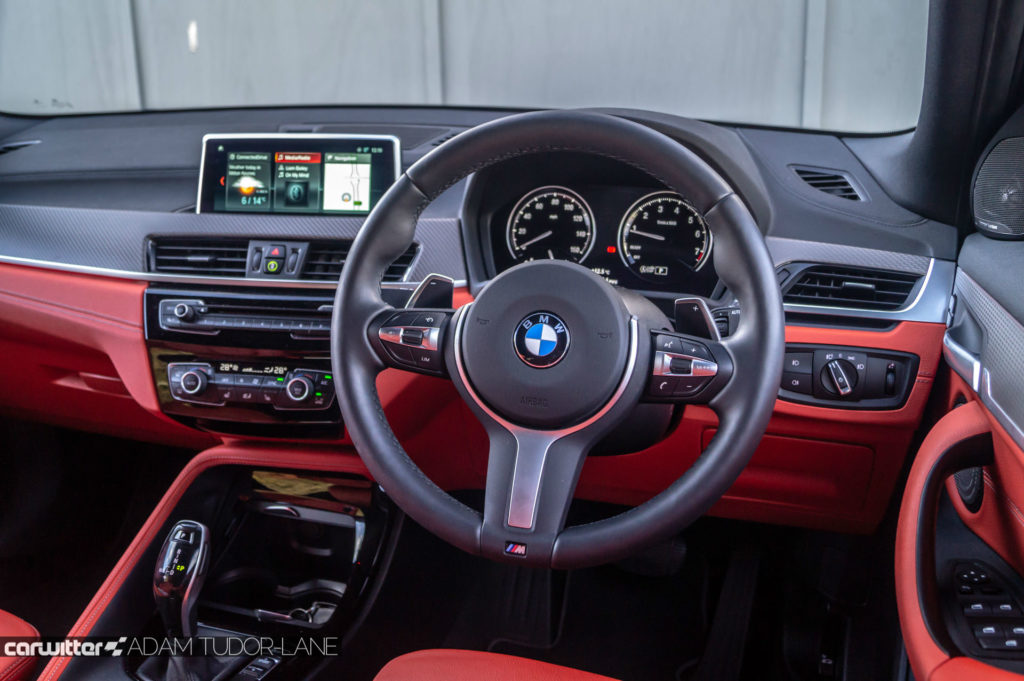 One slight gripe is the ‘standard in every model’ dash set-up. BMW still use a ton of buttons and teeny tiny LCD’s that change from white to orange at night…it’s all a bit 1990’s when you compare it to what Volvo are doing in the XC40 for instance. 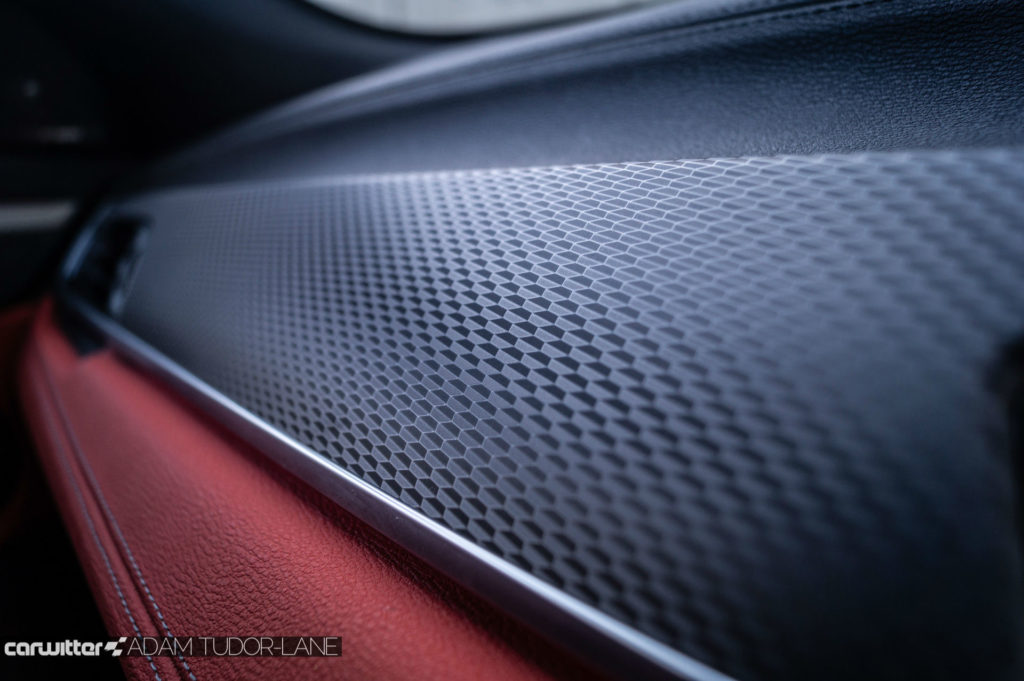 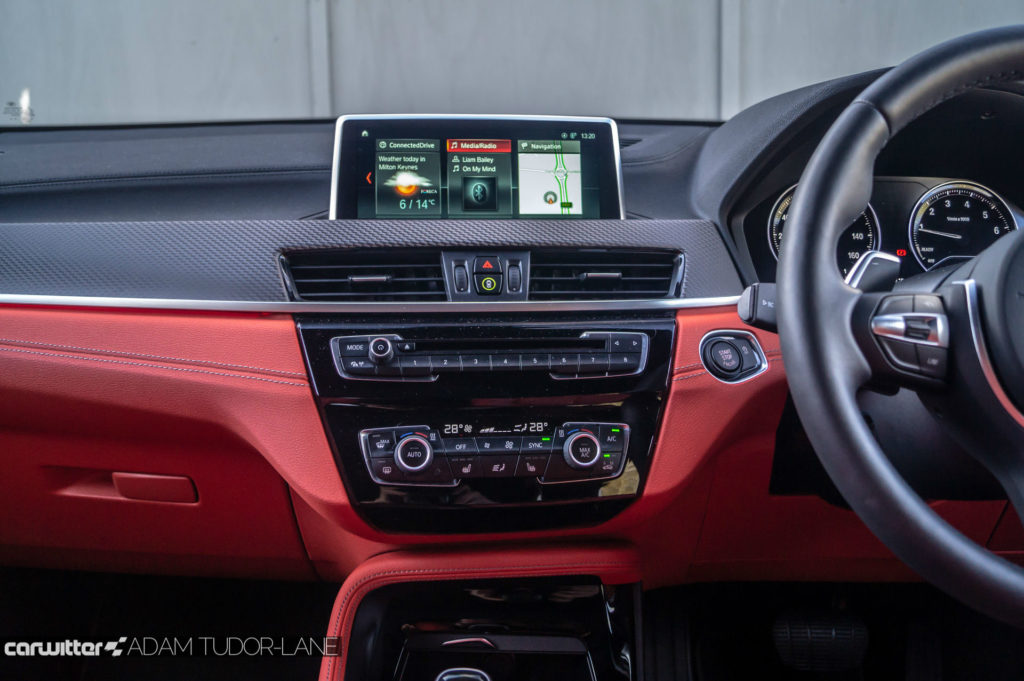 Rear seat legroom is spacious, shorter folk or children will probably struggle to peer out of the high windows, but it makes you feel as though you’re in a tank being back there.

Boot space measures in at 470 litres, its coupesque styling means it’s not as practical due to the narrower entrance and lip. 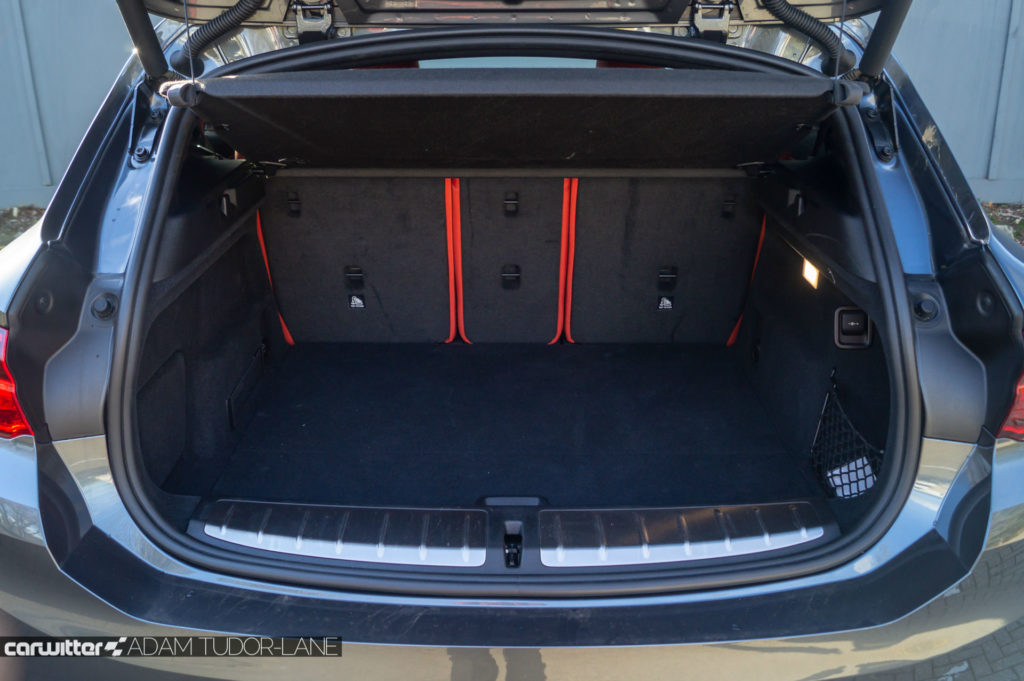 If you’re after something higher riding and more stylish than the 2 Series Active Tourer, or you want modern looks compared to the X1, the new X2 is the one to go for.

The only other crossover that can match it regarding design right now is the gorgeous Volvo XC40. 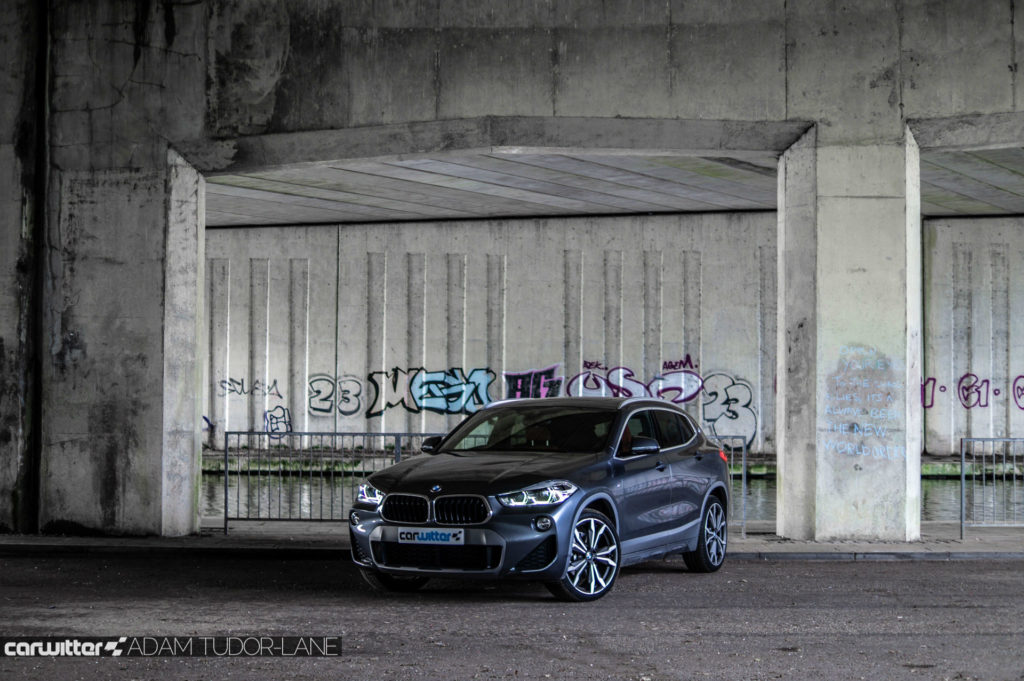 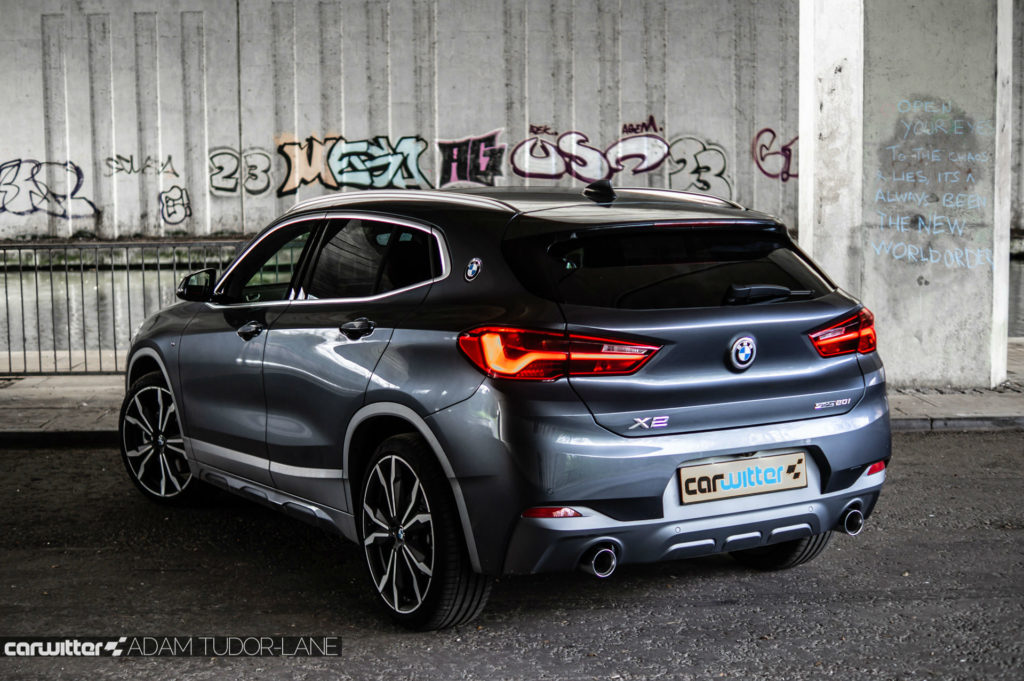 Does car insurance drop when you turn 25?