BMW has officially started the countdown to the introduction of their hotly anticipated i8 Hybrid supercar with a teaser video.

Due to be unveiled on September the 10th at Frankfurt, i8 joins the i3 in BMW’s dynamic duo of future-proof motoring. The i8 is it’s interpretation of what a sports car can look like in a rapidly changing, more environmentally conscious automotive world. Just a day after this video breaking, two official photographs of the i8 in full production glory have leaked to the web. 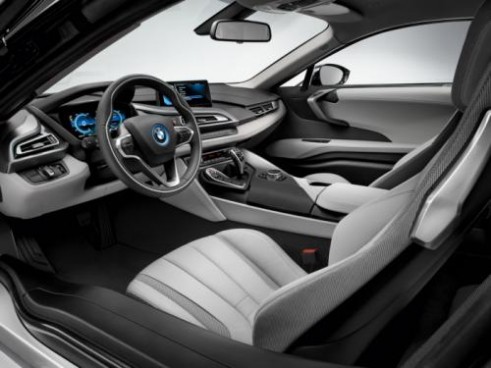 Keeping it up to speed with its petroleum powered contemporaries the i8 is motivated by a 1.5 litre three cylinder twin power turbocharged engined mounted in the rear producing around 230 bhp and 320 nm of torque exported to the rear wheels via a six speed automatic gearbox. In tandem with the gasoline powered engine, an electric motor gives power to the front wheels to the tune of 130 bhp and 250nm of torque making a combined output of 360BHP and 450nm of torque. A short ratio gearbox for the electric motor, the punch of the turbos and the efforts of a 3rd 10kw motor in the rear (to fill in for torque when the turbos aren’t spooled)  gives rise to a commendable 0-62 time of around 4.5 seconds (a couple of seconds shy of a PDK 991 Carrera S) before hitting BMWs electronic buffers at 155MPH. 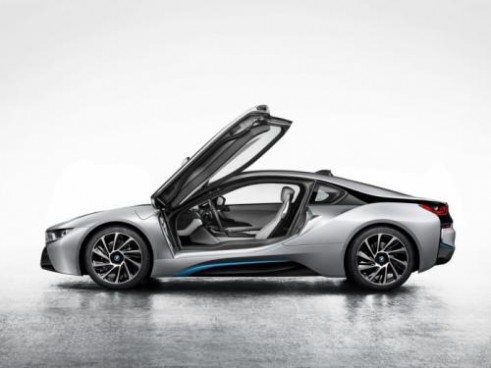 As a driving experience EVOs Harry Metcalfe reports that the i8 is a capable sports car with an unexpected raucous soundtrack that 911 owners may find familiar.

In zero emission, all electric mode the i8 is capable of 22 miles before the engine cuts in, and a top speed of 75 MPH. Although those numbers seem minimal, the carbon tubbed 1490 kilogram hybrid is reported to achieve outstanding economy figures of 115MPG (UK) and 59g/km of C02.

Below see Harry Metcalfes experience piloting a late i8 prototype.

For me personally, the i8 is an encouraging reassurance that the future is bright, even for the automotive enthusiast! Role on September 10th at IAA Frankfurt!