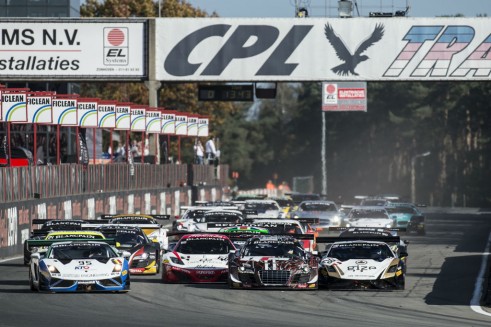 Max Gotz and Max Buhk pulled off a surprise victory at Zolder, after battling from mid pack to push the HTP Mercedes squad closer to the Blancpain Sprint Series title.

Gotz now heads the Grasser racing pair of Hari Proczyk and Jeroen Bleekemolon by 27 point heading into the last round at Baku after smart pit strategy saw the #84 car leapfrog the opposition and cruise to the win.

The incident packed race was marred by two safety car periods, the first called on the opening lap after clashes thoughout the field saw the championship contending Audi of Enzo Ide and Rene Rast eliminanated after just two corners. 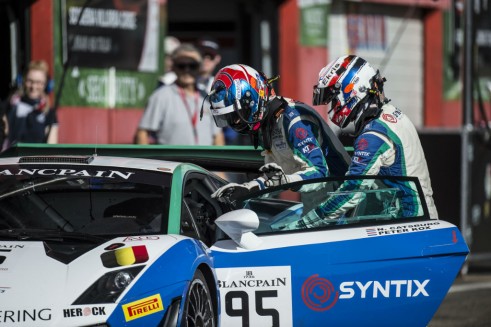 But it was the Lamborghinis of Peter Kox and Proczyk that lead the first half of the race, pulling away from Cesar Ramos, who was piloting the #1 Audi.

When the field eventually got going Kox, who had taken the lead around the outside of the first corner, was never troubled in the NSC Motorsports Gallardo until he and Proczyk opted to pit the moment the window openened.

Kox extracated himself with no problem and handed over the car to Nicky Catsburg, but disaster struck when the onboard jacks failed, leaving the #95 stranded with no rear wheel and the team forced to retire. 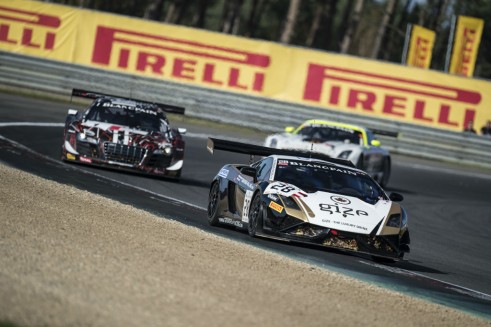 On track Bleekemolen and Vanthoor had taken over the #28 and #1 cars respectively and set about trying to make their new tyres count while the HTP car continued to run at the head of the field.

But, thanks to some quick laps from Buhk and an excellent stop from the HTP team, Bleekemolen found himself confronted with the rear of the SLS when it emerged from the pits three laps after him.

Despite the tyre advantage the dutchman could not find a way past Gotz, and eventually dropped back into the hands of Vanthoor, who had taken third thanks to NSC’s drama. 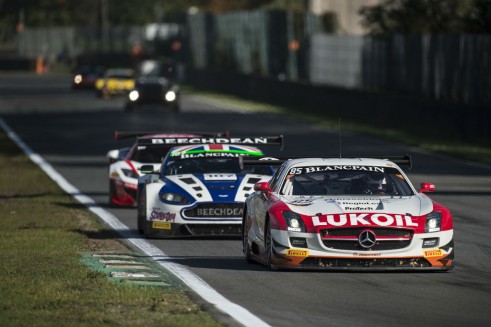 Behind them Sergei Afanasiev took advantage of a great run by team mate Stef Dusseldorp to take third, despite the #85 SLS suffering from a gradually detaching bumper that sent sparks flying at high speed.

Andy Soucek and Jonathan Adam claimed fifth in Beechdean AMR’s first attempt at the sprint series, edging out the Bitech McLaren of Fabio Onidi and Giorgio Pantano, who took their best result of the season in sixth.

Alex Zanardi had an eventful race, just days after completing an ironman on his handcycle the Italian was caught up in several incidents. 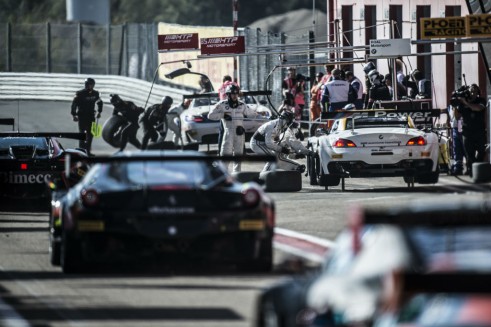 A pitstop forced by the first lap carnage saw him drop to the back, but Zanardi fought his way back through the field only to be in the centre of a monster shunt for Alexey Vasilyev which brought the safety car back out.

Closing behind the SLS Zanardi swung the #33 Z4 to the outside to find room, only for Vasiliyev to also move right.

The pair made contact, sending the #177 into the barrier at huge speed, the car disintigrating before coming to rest in the gravel. Thankfully the Russian was left shaken, but unhurt. 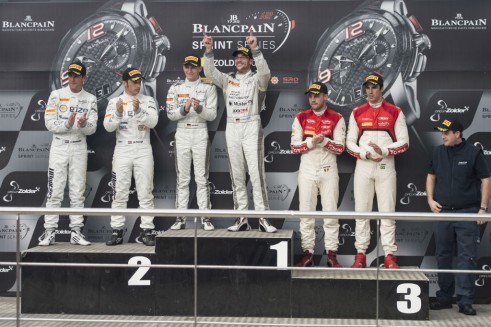 Zanardi, now sporting a large black tyre mark on his front right, eventually fought his way up to finish 13th.

The results mean Gotz is now just seven points behind Vanthoor in the overall standings, with Vanthoor’s team mate Ramos another 36 points back.

HTP lead WRT by ten points in the sprint series team standings, another 11 points clear of Grasser in third. 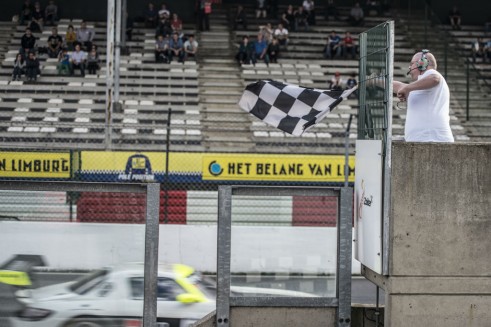 The Audi squad hold a 17 point advantage in the race for the overall championship over HTP, with no other squad within 100 points.

In Silcer Cup Vincent Abril and Mateusz Lisowski extended their championship lead to 24 points over David Fumanellui and Stefano Colombo in joint third.

The series will now head to Azerbaijan next month for the final showdown in Baku. 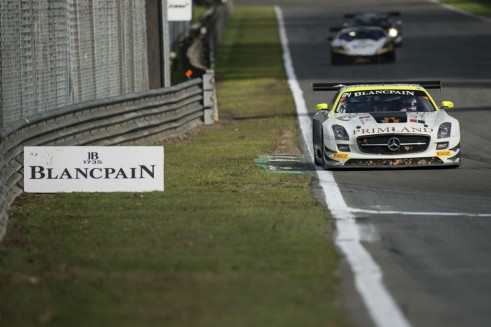 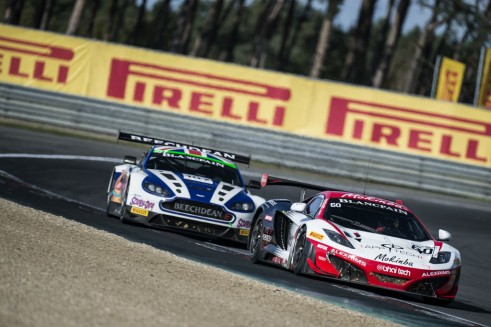 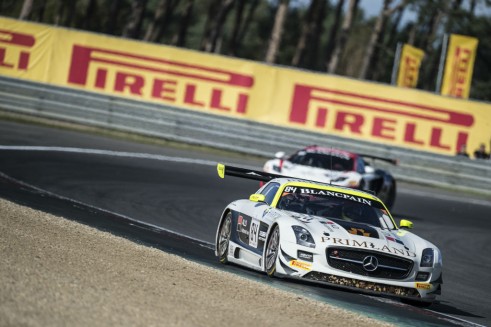