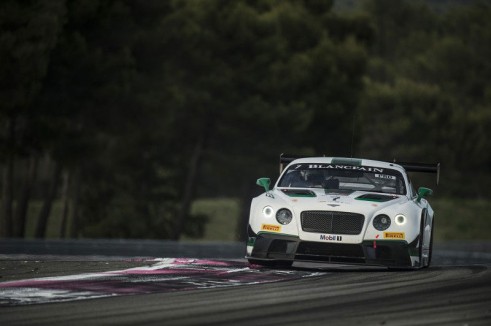 Bentley took their second Blancpain Endurance Series victory in  a row after dominating the second half of the into-darkness race at Paul Ricard.

The M-Sport squad of Guy Smith, Andy Meyrick and Stephen Kane took the lead of the race at the half way point and never relinquished their lead despite the efforts of a fast charging Nico Lapierre. 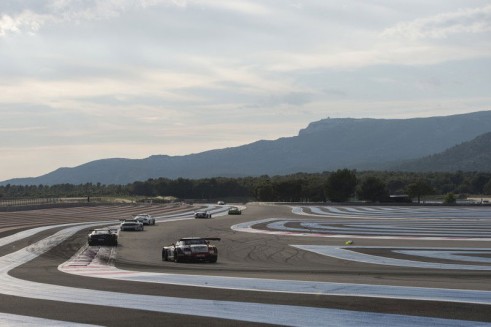 Smith and Meyrick had spent the first half of the race hauling their Continental GT up the field after a disappointing qualifying session.

After dispatching the Sainteloc Audi and both HTP Mercedes Smith handed the #7 to Meyrick, who closed the eight second gap to the leading ART McLaren of Gregoire Demoustier.

He took the lead with almost exactly half the race gone with a brilliant opportunist maneuver into the final corner, catching the #98 napping and squeezing the long nose of the Bentley up the inside.

From then the white and green car never looked back, Stephen Kane took over from Meyrick with an hour and ten minutes to go and despite a quick stop from the ART crew closing the gap Kane was able to bring the car home. 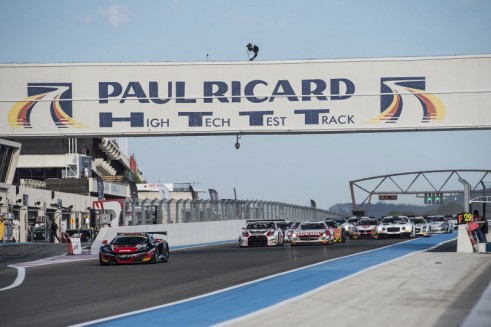 Smith was the star off the line, the Bentley bursting out of the bunch from seventh and  challenging for fourth by the first corner.

The race then settled into a rhythm of sorts, the pole sitting #98 strolling away with Alvaro Parente at the wheel while the Pro-Am Nissan of  Katsumasa Chiyo kept a consistent gap in second and the #84 HTP Mercedes held third. 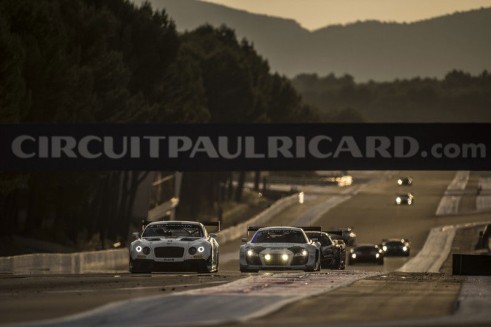 But behind them a train was developing as the Sainteloc Audi of Edward Sandstroem struggled to find straight-line speed, hampering it down French circuit’s monster Mistral straight.

An impatient Smith led the pack behind Sandstroem, with the impressive #333 GT Corse by Rinaldi Ferrari battling amongst the Pros.

Smith would pass the slow Audi after a quarter of an hour and was soon followed by reigning champion Max Buhk in the second HTP SLS. 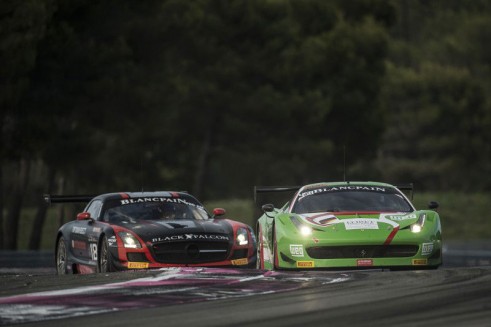 Sadly for Marco Seefried at the wheel of the #333 it would slow to a crawl on the Mistral straight within the first hour and was forced into the garage.

Smith soon caught Stef Dusseldorp in third, struggling to find a way past the SLS until the #85 machine was balked by a lapped Ferrari and Smith blew past him as the Mercedes found itself boxed in. 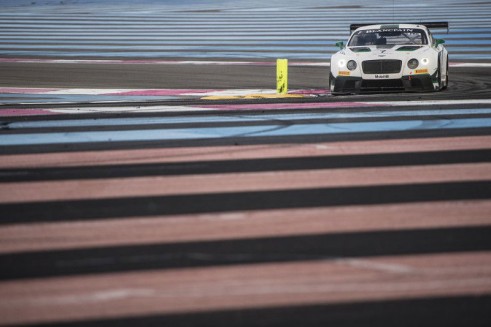 Again Smith was reeling in the car in front, this time the Nissan of Chiyo, at up to 2.5 seconds a lap. Chiyo though put up little fight, knowing he was not racing in the same class and soon the Bentley had swept past into second.

Behind the leaders Nick Catsberg was providing the entertainment, constantly using more of the blue striped run off than the track to hunt down and pass the Pro-Am leaders. Impressively he would go on catch and pass the fifth placed Ortelli.

After hitting the front Kane stretched the Bentley’s lead out to over seven seconds at times, but once Lapierre, fresh from his podium at Le Mans, got into his stride he set about slashing that gap. 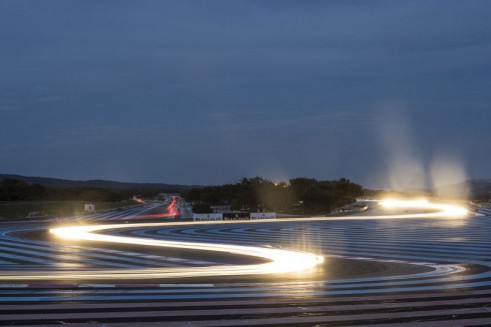 With three quarters of an hour to go the battle for third sprang to life, the two HTP Mercedes running nose-to-tail as the Sainteloc Audi, now in the hands of Gregory Guilvert caught them.

Despite their efforts there was no way by the Mercedes and Luca Wolf, Sergei Afanasiev and Dusseldorp would hold onto their podium slot. 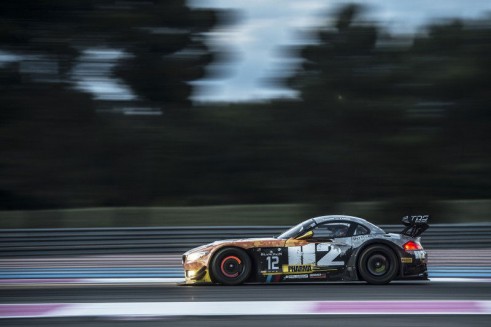 The earlier efforts from Catsberg secured the TDS racing #12 the victory in Pro Am and an impressive sixth overall for he and Henry Hassid.

They finished two places ahead of the Scurdeia Vittoria Corse Ferrari of Francesco Castellacci, Stefano Gai and Andrea Rissoli, who were Two places clear of the Nissan GT Academy Team RJN #35 Nissan.

The gentleman’s trophy was taken for the third time in the opening three races by the #458 Ferrari of Pierre Ehret, Alexander Mattschull and Frank Schmikler. 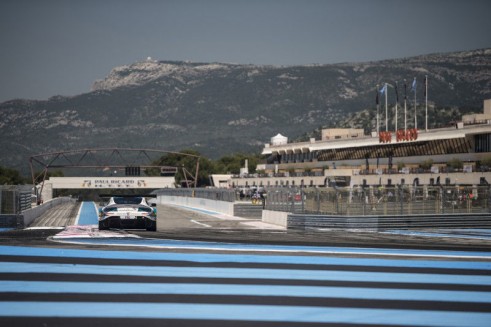 The result means ART still lead the Endurance Series Teams’ Pro Cup, but now by just a single point over the M-Sport crew.

In the driver’s championship Meyrick, Smith and Kane take the lead from Gregoire Demoustier as Alvaro Parente. Kevin Korjus, Kevin Estre and Andy Soucek, who had led the championship after Silverstone failed to finish and plummet out of the top three.

In the overall standings HTP stretch their lead over the WRT Audis, who struggled with the slow R8s all weekend.

Max Buhk leads the drivers championship, having only missed one round. Behind him Stephane Ortelli and Gergory Guilevert hold second over Smith, Kane and Meyrick. 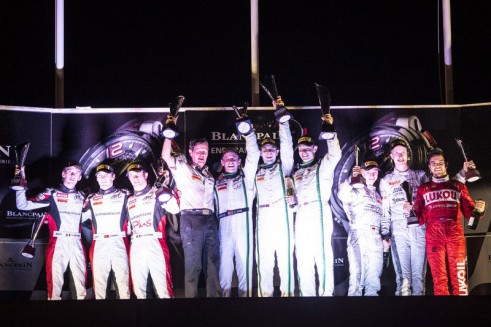 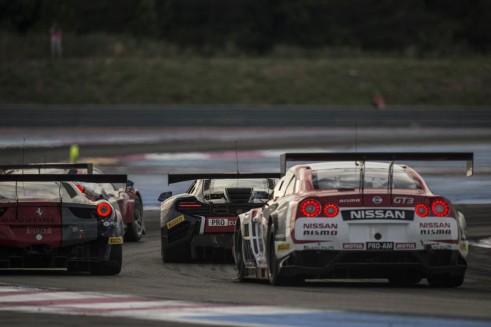