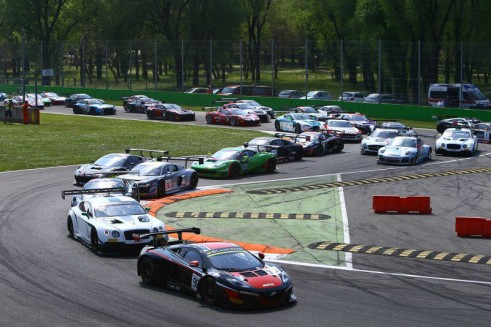 McLaren and ART Grand Prix dominated the opening round of the Blancpain Endurance series on Sunday, with a lights to flag victory.

Holding off a charge from the Sainteloc Audi R8 that never quite got going, Alvaro Parente, was able to open up a commanding lead in the opening stint that Gregoire Demoustier and Alex Premat never lost. 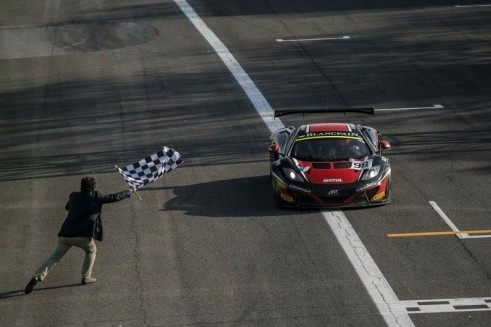 Parente was able to build up the mighty 18 second lead during his opening stint after the chasing pack became stuck behind Andy Meyrick’s slower Bentley.

Stephane Ortelli cut 10 seconds from the lead during a hard fought second stint, but undid much of the work by going straight on at the first chicane while among lapped traffic. 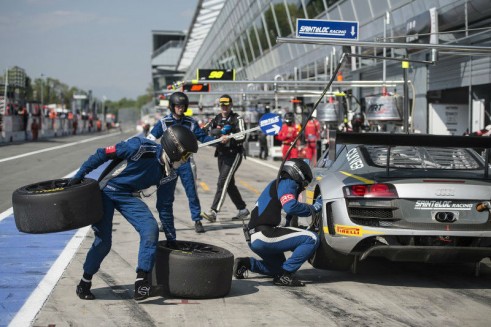 While Premat was able to cruise for the closing quarter of an hour, behind him the battle for second went down to the wire as Ortelli’s team mate Gregory Guilvert was chased down by the second ART McLaren, peddled by former Formula 2 champion Andy Soucek, who himself came under pressure from Laurens Vanthoor’s WRT Audi.

An eventful race in Pro-Am saw the GT Corse by Rinaldi 333 car lead after the opening stint, only for Russian Vadim Kogay to visit the scenery no less than seven times, undoing all of  the previous good work in the middle period of the race – it was later retired. 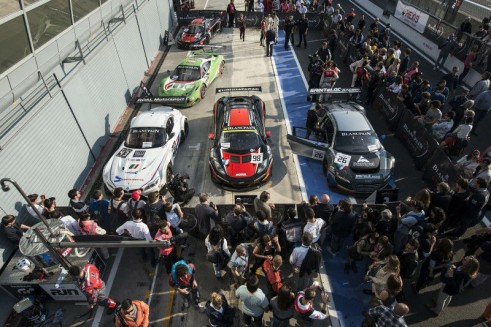 That battle was later won by the ROAL Motorsport BMW Z4 of Stephane Comandini, Eugenio Amos and Stefano Colombo, the trio managing a sixth place finish despite qualifying only 24th.

Starting their first ever Blancpain races the two M-Sport Bentleys finished a creditable seventh and eighth, Meyrick had briefly run as high as third before tumbling out of the top ten. 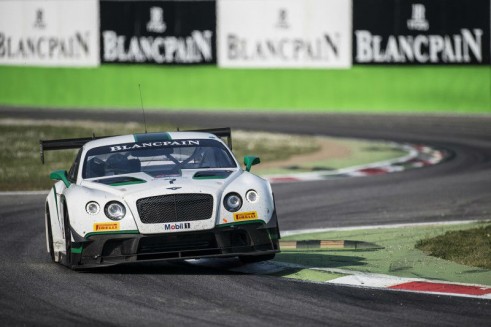 Behind them the second and third placed cars in Pro-Am ended up over a minute down on the winner as the 50 Villorba Corse came in a further 30 seconds clear of the 90 AF Corse. 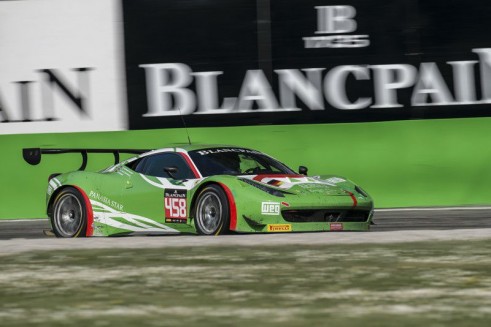 In the Gentleman’s Trophy there was better news for GT Corse by Rinaldi as the hapless 333’s sister car, the 458 of Pierre Ehret, Alexander Mattschul and Frank Schmikler, managed a brilliant 17th overall to take the class victory by over a lap. 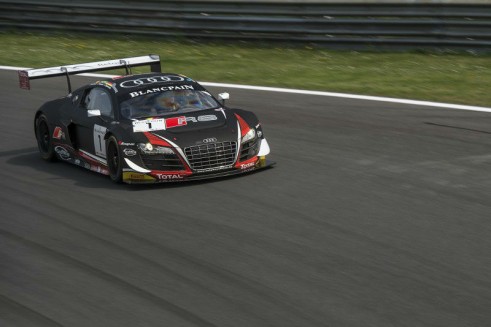 If you missed any of the action it can be reviewed via the official YouTube site here. 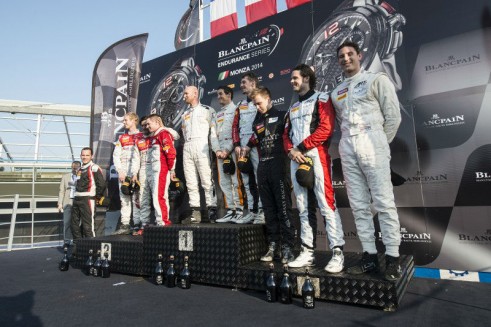