Both the Spur and the Continental GT are considered to be some of the most luxurious high-end cars in the world.

Bentley has always been head to head with competitors in the race to reach perfection, and these two cars definitely show the elegance they can produce. For those lucky enough to be considering a high-end car such as these two, let’s see how they compare. 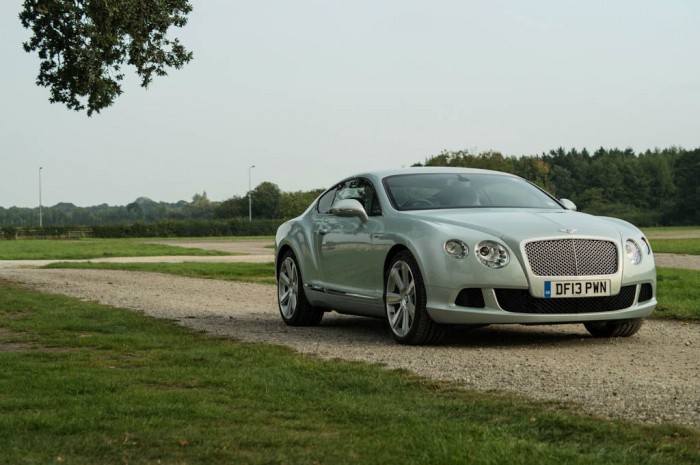 The Continental GT is easily the most iconic of the Bentley models. The conti was first produced in 2003 and has since grown in popularity, class, and performance. The GT comes in a coupe and convertible body style.

It’s clear to see from first glance that the craftsmanship of the new line is exquisite. It’s more refined, sleek and aesthetically pleasing all round, and Bentley themselves call it the ‘definitive grand tourer’. And it’s easy to see why.

The exterior is a combination of lightweight aluminum, steel, and composite. Bentley also offers a range of colors to pick from to please all customers.

When viewing the exterior, it does bear a similar resemblance to the Mercedes CLS. However, Bentley has stated the GT was designed with features of the R-Type continental in mind, with the long sleek back making this evident. 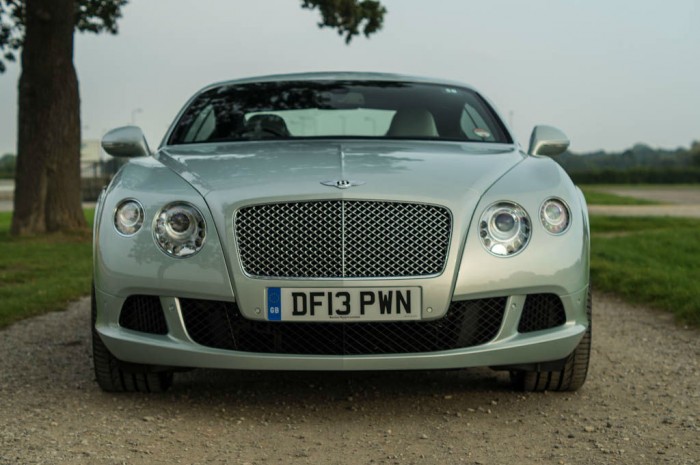 One feature that does give the GT a sense of elegance is the crystal LED headlamps. When viewed close up, a sort of diamond effect is given which is very aesthetically pleasing on the eye, and sort of unnecessary but luxurious touch that no doubt pleases buyers.

The alloys of the GT are 21” on all models. However, a more popular choice is the 22” 3D polished alloys. Not only are they bigger and better, but the shine is also magnificent. Even though these alloys are larger, comfort is still  not compromised. 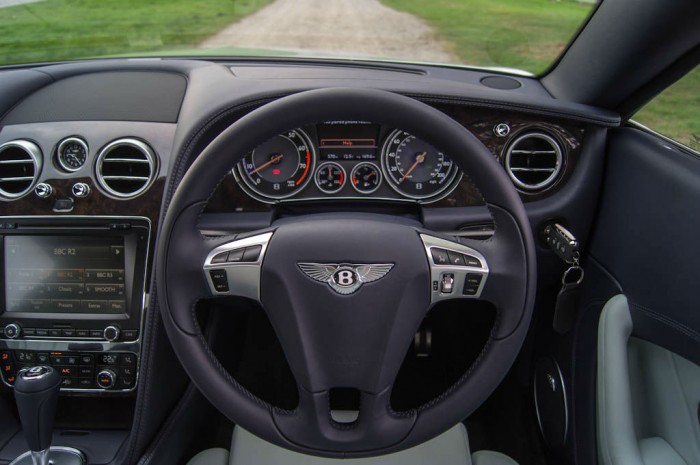 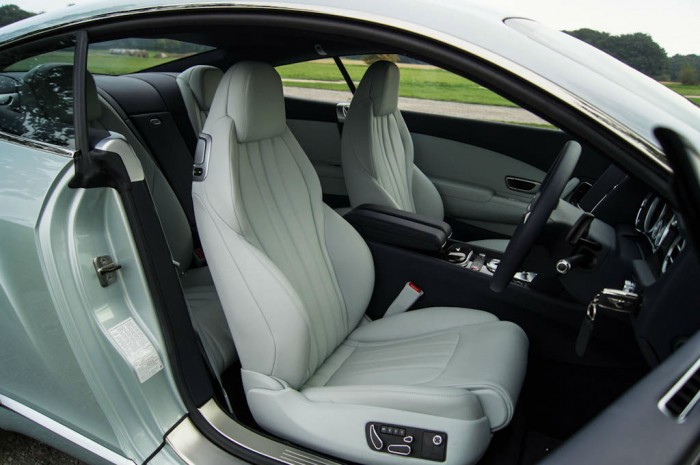 The interior is even grander than the exterior. Hand crafted from the finest woods and leathers; comfort does not go a miss. The GT follows the same interior design as previous models, with the center console spreading right round to the side, supposedly representing the wings on the Bentley badge.

There is the choice of having either a dual veneer or single veneer, with the new GT featuring Koa, wood brought in from Hawaii. To say Bentley have gone all out to meet ultimate luxury is an understatement.

All leather is hand cut and stitched with seats being adjustable in 12 ways, and can remember two settings, adding a certain sense of luxury. An optional extra which many may opt for is the comfort seat spec. This gives the user features such as massage settings, electrically adjusting head rests and so on.

Which if you’re going to spend this amount of money, you may as well spend a little more and have the best of the best. It does feature four seats, meaning it is more than suitable for those searching for a luxury family car. 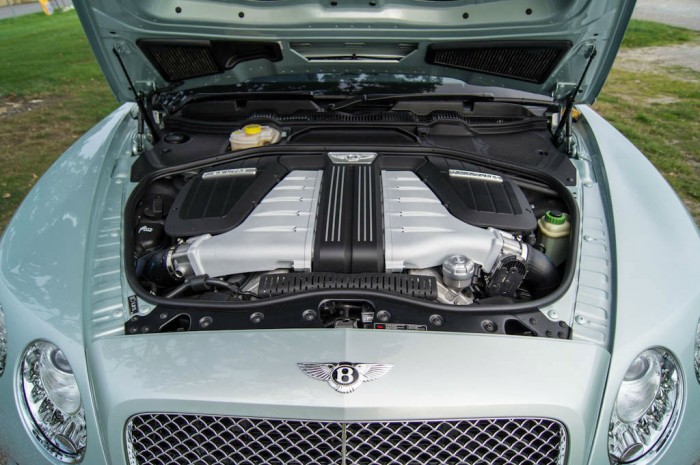 Under the bonnet of the GT is another world of power. It is easily one of the most powerful GT’s Bentley has produced. It features a four wheel drive system, however only two wheels are engaged during everyday driving, only all four wheels will become engaged when the car needs it, i.e. a skid or uneven ground.

Another popular feature is the roll control. When entering a corner, no matter how sharp, the roll control will engage, improving comfort and overall driveability. It also boasts a three chamber air suspension system which is adjusting constantly to maintain maximum comfort.

The monstrous 4-liter V8 engine with an 8-speed dual gear box offers comfort and an enormous amount of power. There are also options for the standard W12 engines. The V8 produces a decent 520 bhp, with the W12 offering a slightly more push you back into your seat effect with 582 bhp.

This beauty can be purchased from around £150,000-210,000 for the highest spec, eye watering to some, worth it to others. Despite all it’s perks, Jeremy Clarkson reviewed the car under a year ago and didn’t seem best please, an insight into his thoughts can be seen in this article https://www.driving.co.uk/.

However, this didn’t stop many people, as it is still one of the best selling Bentley’s they have even produced. 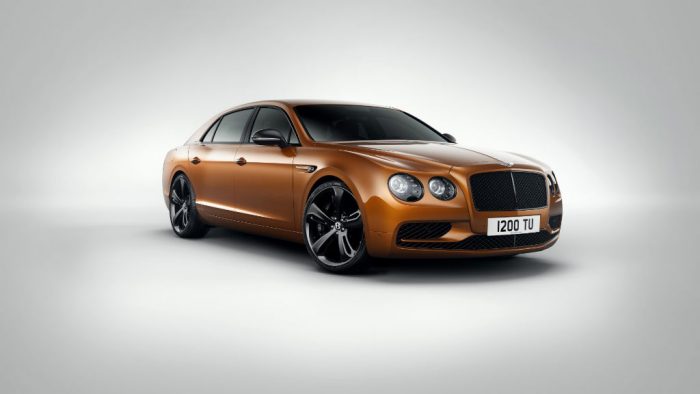 The Flying Spur was one of the later models that Bentley produced. It was first rolled out of the production line in 2005 and has since grown popular among the richest of the rich. With a mixture of class and style that does rival the GT, it’s obvious to see why it is so popular. It’s currently available in just a saloon body style. Some complain the Spur is too big, and name it the ‘limo car’.

The spur has a slightly more muscle look to it compared to the GT and is not as long and sleek looking. The distinct, defined line that runs from the front wheel to rear bumper that symbolises the Spur is featured on the newest line.

The W12 version features a chrome radiator grill and an optional upgrade of a lower grill which adds an extra element of class. It also features 20” alloys and a range of body colors that can please even the toughest customer. The Spur was also released in a black V8 edition which a lot of people took a liking to, full specs of this can be found here https://carwitter.com 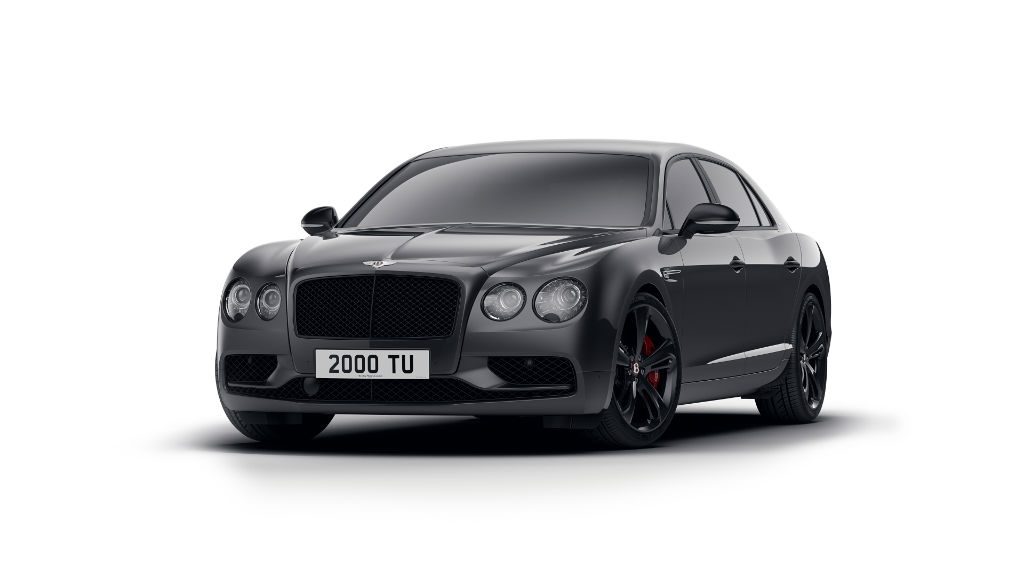 The interior, like the GT, is full of exquisite hand crafted veneers, leathers, and chrome finishes. With the leather also being hand stitched for the perfect finish. With the Spur being slightly more of a classic man’s car, the optional comfort spec that you could purchase with the GT is standard on the Spur. Front and rear seats feature massage settings and ventilation for the ultimate luxurious experience.

A nice added extra of the Spur is the steering wheel is hand stitched, which adds just that little extra attention to detail which doesn’t go amiss with high-end clients. The Spur is also a little harder to get hold of than the GT, with the GT now being dubbed ‘Too popular’. Most people have to go through luxury car dealers such as iBuyLC.com or pay through the nose at official Bentley dealerships. 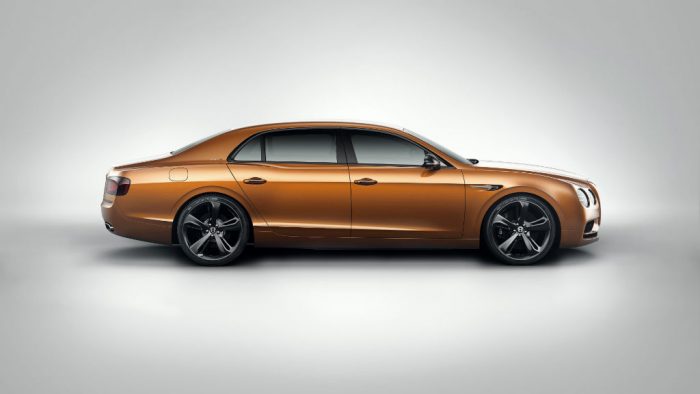 The Spur comes with the infamous W12 6-litre engine as standard. There is now an optional upgrade of a W12 S to give that little extra bit of power. This immense engine delivers its power while still being slightly more economical than the GT.

It also offers more horsepower and torque, powering the driver with 616 bhp and 800 Nm of torque maximum. The gearbox uses the 8-speed QuickShift transmission service, slightly different to the GT, but is also a constant four wheel drive, rather than the two wheel drive of the GT. The torque is also split 40:60, meaning handling is much sharper, and understeer is a thing of the past. 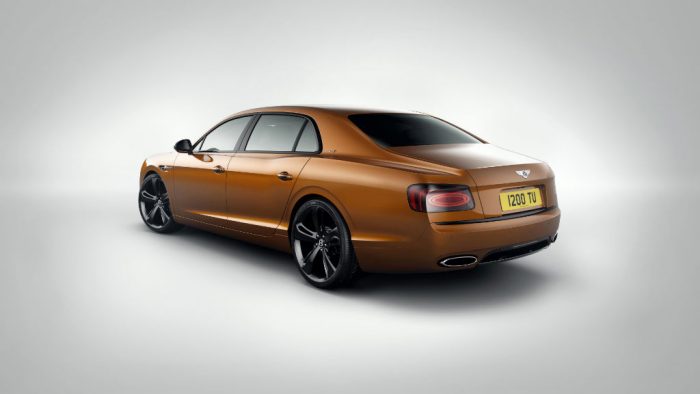 So, both cars have their ups and downs. The GT is smoother and sleeker, the Spur is a big powerhouse, and the size does discourage a lot of people.

However it has a much higher sense of class that does appeal to a lot of wealthy people, and it’s more powerful. But the GT does come out on top with this one.

Let us know which you think is the better car.