I have to admit it but somehow I’d never heard of the Autosport Show until a few months ago, so I decided to go along and educate myself. 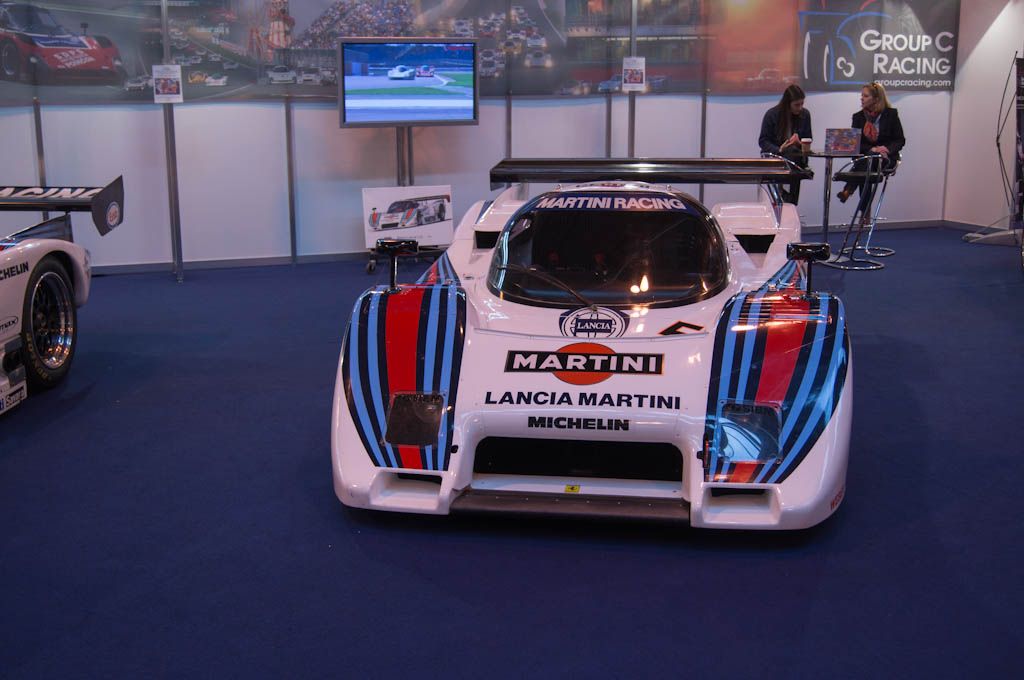 With over 500 exhibitors the event is spread over a number of the NEC’s great halls. You could buy anything from polishing compounds to a £150,000 classic BMW racer, if you fancied bidding, that is.

A lot of the space is taken up by traders which were interspersed with gorgeous displays of such precious metal like Lancia’s ‘Martini’ Le Mans racers and last season’s Formula 1 cars.

One of the best displays was Coys auction house. On offer to the wealthier of this world were such rarities as a Lotus Carlton, Mustang GT350 and a Schuppan Porsche 962, one of only three in existence.

Entry to the paddock was an extra fiver but being able to get up close to such scarce specimens was worth the small premium. 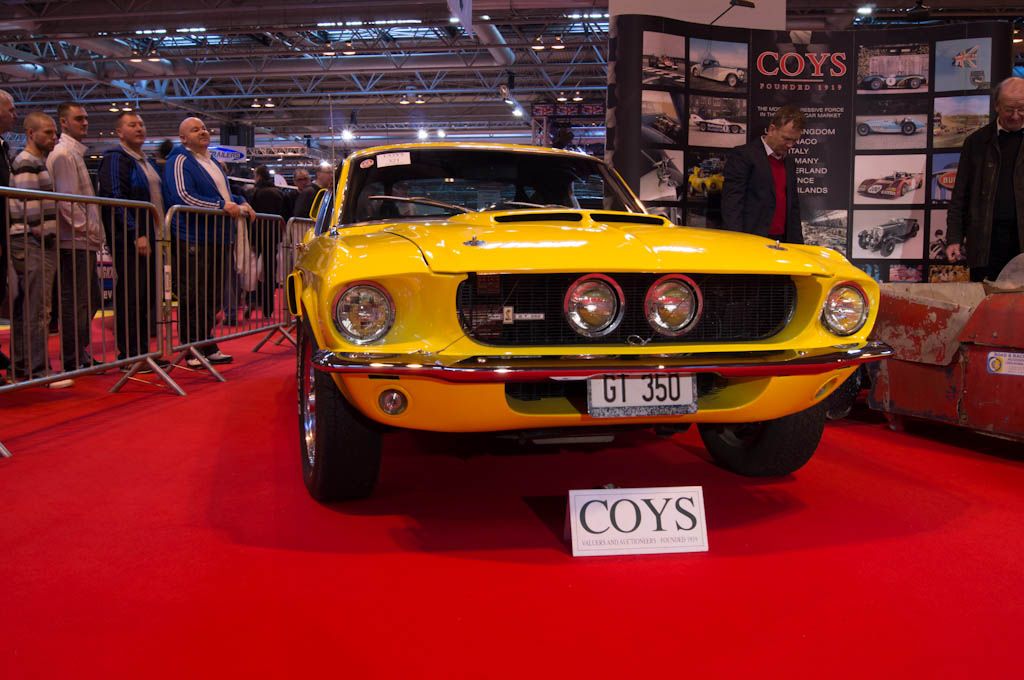 In the middle of the collection was a 1961 Lamborghini,with voluptuous curves and large knobbly tyres… That’s right, I said knobbly tyres. This was a twin cylinder 26hp tractor and with an estimate of £5000 to £7000, I was more than tempted to place a bid, if only to be able to say “Oh yes, I keep the Lamborghini garaged.” 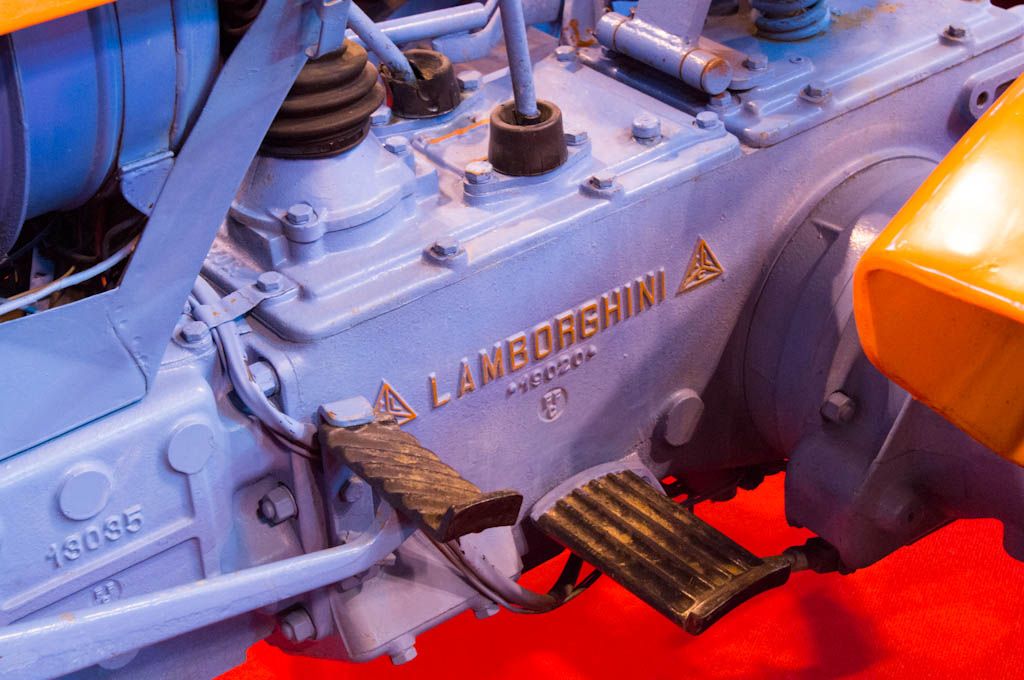 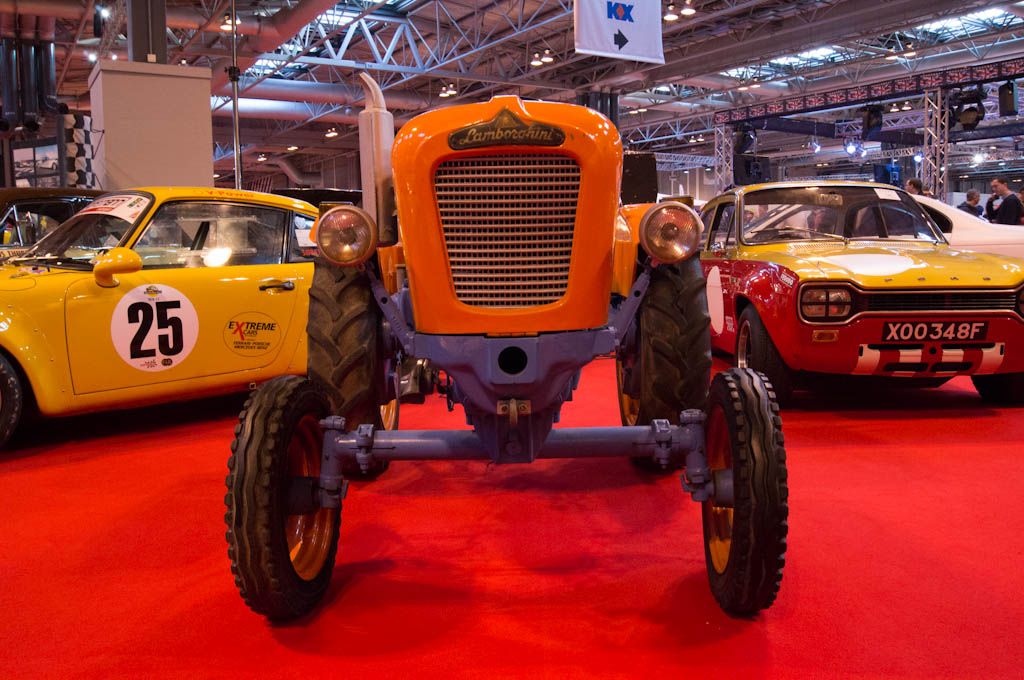 Other great finds at the show included a full scale mock-up of the Bloodhound SSC – seeing it genuinely gave me butterflies. I’ve followed its progress since the announcement back in 2008 after being mesmerized by the feats of the Thrust SSC team when I was younger. For me, projects like this are man on the moon-type feats, pushing what humans can achieve. 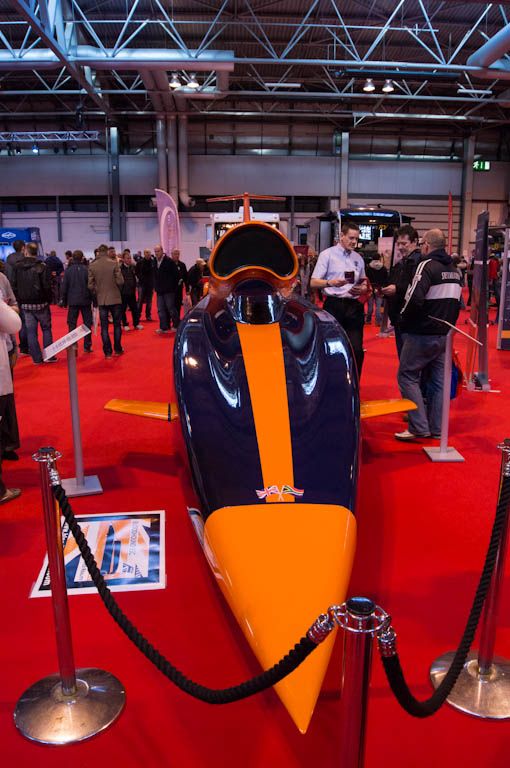 Another vehicle worth mentioning was the Milner LRM-1, built in Derbyshire the 5.0 Litre V8 supercharged beast looked stunning. The bodywork is a 4/5th scale of a Range Rover Evoque, built around a space frame. Unfortunately the 550BHP monster is for off road racing only, if only that 680Nm of torque was road legal. 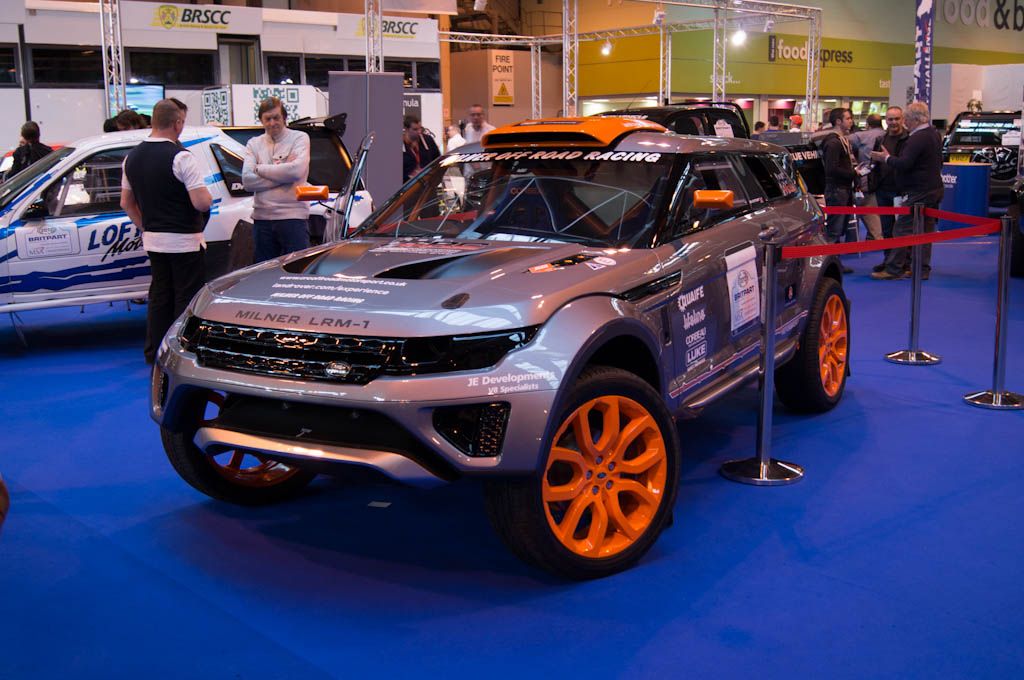 The Live Action Arena show was a petrolhead’s dream, echoing to the varying snarls of supercars, quad bikes, drifter, Reliant Robins and Rialtos and even a monster truck known as Swamp Thing.

Scariest and the most amusing were the three-wheeled Reliants. We had one roll towards us and come skidding towards the barrier, stopping with a foot to spare. This show cost an additional £10 over the normal ticket price but for an hour’s worth of screaming tyres and mock racing it was a good investment. 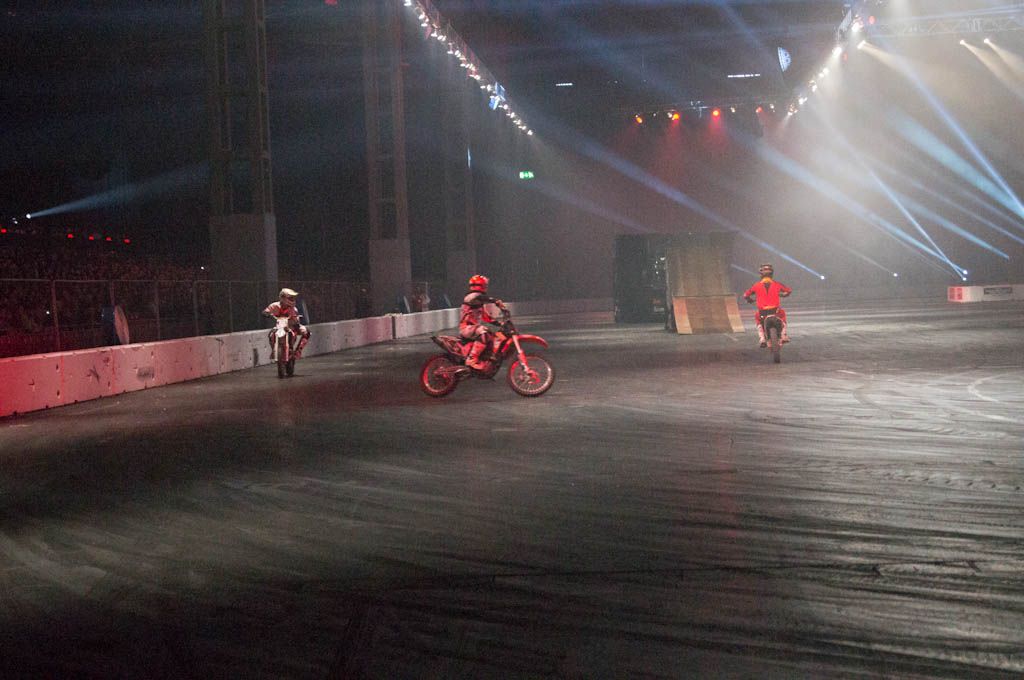 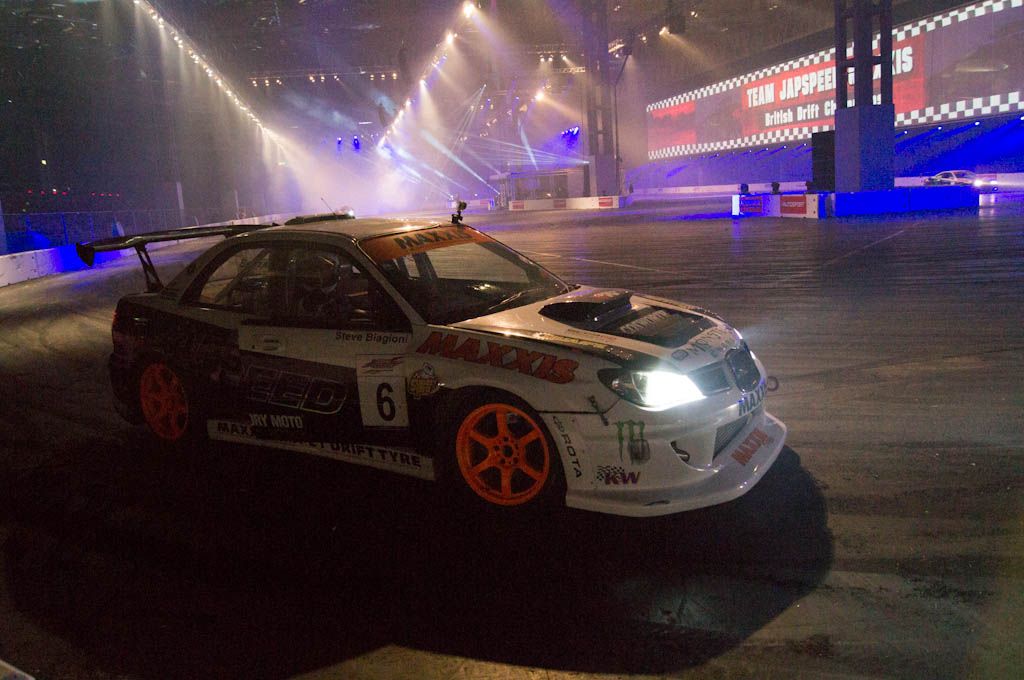 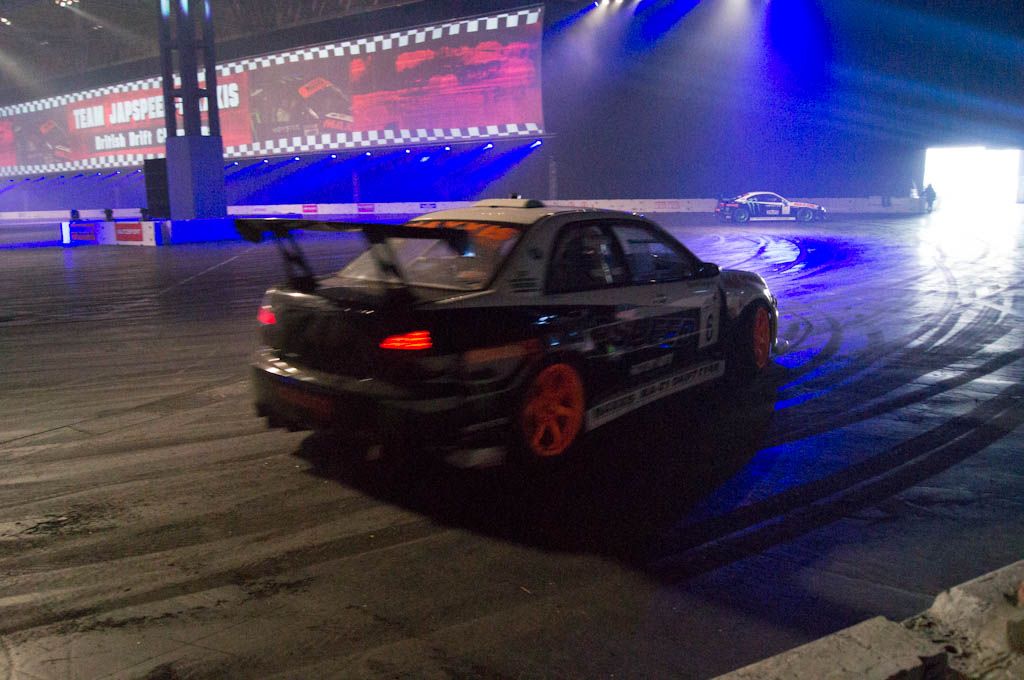 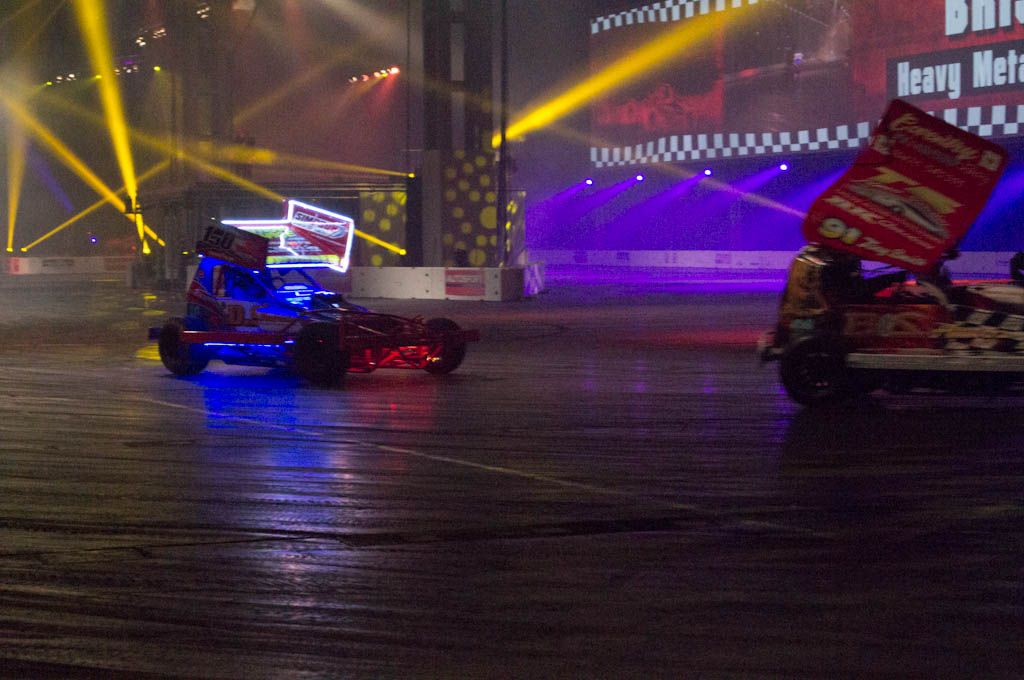 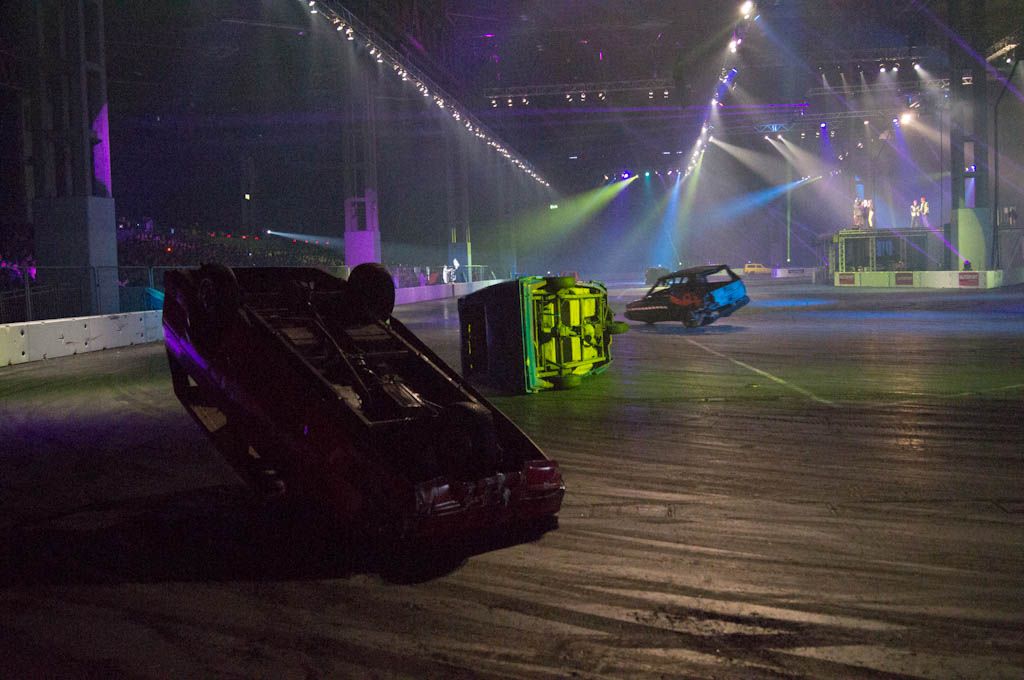 Even though the show is titled Autosport International, the halls were peppered with British built cars and parts, it goes to show that we still have a great manufacturing nation. Which is contradictory to popular belief. Walking from the 1,000 MPH Bloodhound SSC, past the Lichfield tuning stand, and onto the Caterham podium, it proves that British engineering is alive and kicking.

All in all the show has a lot to offer and a lot to see, you can spend a good few hours perusing the exhibitor stalls. Not all of it will be of interest, but there is most definitely something for everyone.