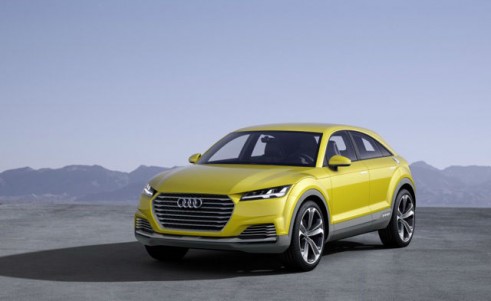 Crossovers are all the rage these days, Audi, never one to shy away from a new segment, has added this, the TT offroad, to the melting pot.

Unveiled at the Beijing International Automobile Exhibition the jacked-up TT has 402 bhp but, with two hybrid electric motors Audi claim it may hit 148 mpg. 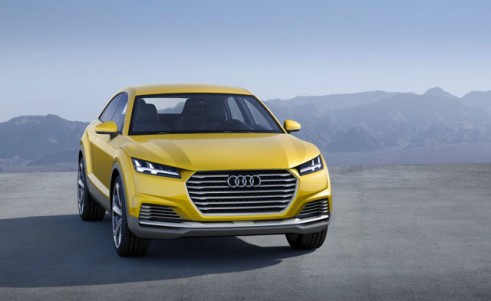 From the front it is exactly what it says on the tin, an Audi TT that has been hitched up onto 21-inch alloys, or, to look at it another way, a Q3 which has had its roofline lowered by 8cm.

There’s a swathe of black plastic to give it that rugged, off-road feel, and while the face of the car is pure 2014 TT, the rear remains high to the rear, ending any coupe pretensions. 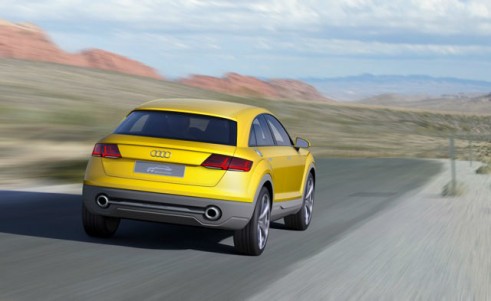 Under the bonnet is the interesting bit, with those two electric motors working in harmony with the 2.0 litre TFSi petrol the TT offroad show car can hit 62mph in 5.2 seconds.

That impressive figure, with top speed reigned in electronically at 155 mph, comes courtesy of the TT’s incredible power and 479 lb ft of torque. 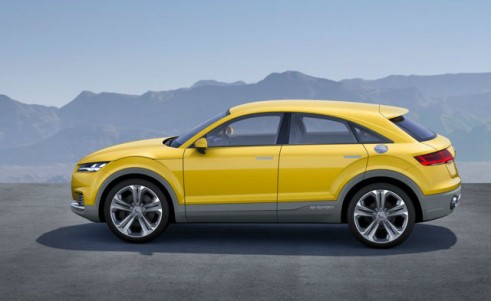 The two electric motors are split, with a smaller, 40 kw, unit turning the front axle, while an 85 kw motor moves the rear.

They are powered by eight batteries, which can move the TT under just their own steam for 31 miles and can be plugged in to charge overnight.

If you don’t want to faff with wires the concept comes with a wireless charging unit, a mat that is put on the owner’s drive and automatically begins to charge the batteries as the car is driven in.

Audi say this system is as fast as charging with the wire and can be stopped at any time you like. 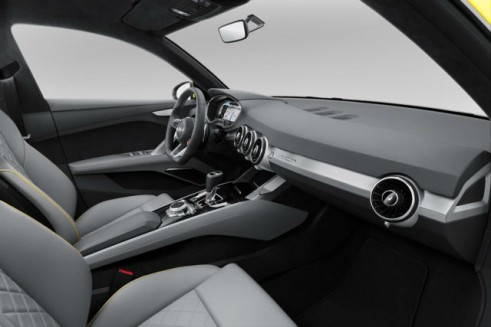 Behind the wheel, you guessed it, it’s the same story as the TT revealed earlier this year, with the interior dominated by screens and the single piece dash arcing across the whole of the cabin.

No word yet on whether it will go into production, but with BMW smoothing out the X3 to form an X4 expect Audi to be not far behind in exploiting a new niche.