Ok ok, before you hang me and ready the tar and feathers please read on, yes we are dropping two wheels for this excursion.

While F1 moves to a small Island, site of Expo 1967 and the 1976 Olympic rowing events just off mainland Canada, we here at CAR-witter will be taking a virtual trip to a different island, one in the middle of the Irish Sea to witness probably the most famous motorcycle event in the world.

The Isle of Man TT.

It has been said that for many petrol heads the Le Mans 24 Hours is their “Glastonbury”, if however you prefer your motorsport with two wheels fewer then this is your “Glastonbury” and many teams, riders and fans the world over will a: agree and b: make a trip at least once to watch a bunch of riders who can only be described as fools ride at speeds of over 200 mph on closed roads, I bet the Isle of Man government has the pot holes on their roads fixed! 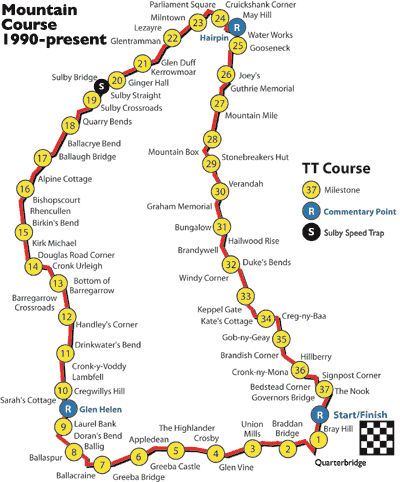 So, it’s like a Monaco Grand Prix for bikes?

No no no it’s a bit more than that, it’s a two week festival if you include the practice and qualifying, with either testing or racing every other day, oh and the circuit is over 30 miles long. 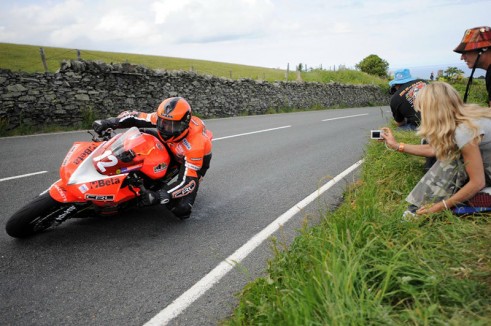 30 miles! Surely you don’t get to see much of the action if the track is that long?

Well there is that but bear in mind that if you’re lucky enough to be able to get to the island in the first place, grandstand aside most of the viewing is free.

Plus it’s a lot more relaxed than F1, paddock access is relatively easy and most of the riders are friendly and approachable and not surrounded by body guards like the current crop of F1 pilots. 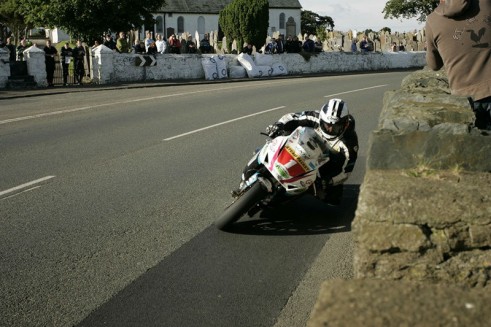 Doesn’t the start get a bit crowded on a street circuit?

No not at all, the riders set off at 10 second intervals based on the previous weeks qualifying times with the fastest rider leaving first. Over the course of the races riders will catch one another but are racing the clock, the rider completing the distance in the fastest time is the winner, a little like rallying…if you want a 4 wheeled comparison.

So who are the riders to look out for then?

Well “King of the Mountain” John McGuiness is always going to be one of the favourites going into this event and will be hoping to add to his 20 victories on the Island. Others to watch will be Michael Dunlop, Bruce Ansty and Guy Martin.

So you say this is “festival” with racing every other day, what can we expect?

Well most race days you will get two races, Superbike (similar to what you might see in BSB or WSBK), Superstock 1000 (very similar to a road bike but with a few trick bits for racing and Supersport – a smaller version of the Superbikes & 600cc Sidecars!

Yes, rider and passenger racing  at the same track as the bikes with similar 600cc engines to the Superstock class lapping at an average speed of over 110 mph! Some would say that these races would offer the most excitement. 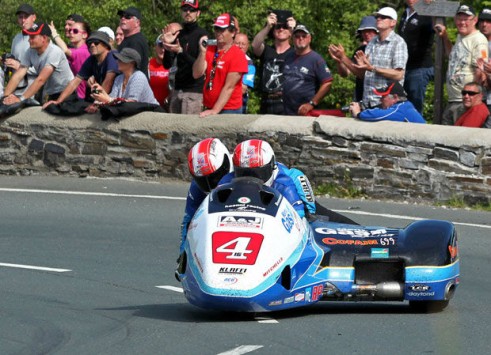 So, you say there is racing every other day, what happens on the non racing days?

Hmm well there is always something happening on the Island to keep bikers entertained, with among other things speed trials, show and shine events, biker specific cinema events. Oh, and if you rode your bike to the Isle of Man there is an event know as Mad Sunday. 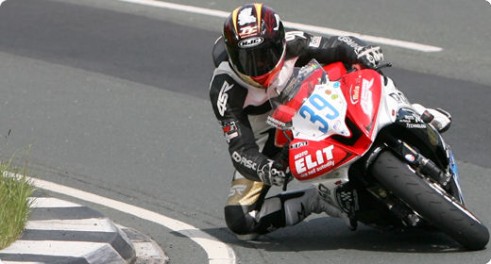 Yes, Mad Sunday, the opportunity to ride the circuit on your own bike!

I must admit this does seem rather awesome, but I doubt I’ll get to the Isle of Man at this short a notice, where can I see it?

You’re in luck in the UK the event is covered on ITV4 nightly.

One person who should but wont be making it to the Isle of Man is Simon Andrews, a competent racer in British Superbike Championship who unfortunately died as a result of injuries sustained in a race at the North West 200 meeting in Northern Ireland on the 19th of May 2014. The thoughts of everyone at Carwitter are with Mr Andrews family at this difficult time.

All images copyright of – iomtt.com