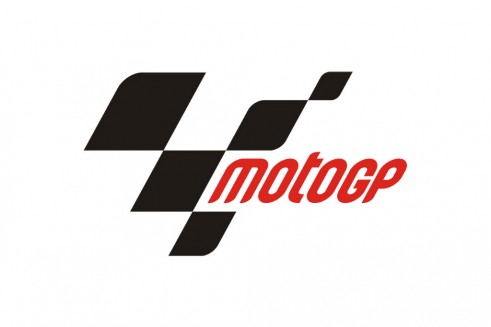 While the depleted F1 grid moves to Brazil as the championship prepares for the penultimate round of the 2014 F1 season, there will almost certainly be a carnival atmosphere where we are heading, and that is to Spain and Valencia for the final round of the FIM Moto GP championship.

Hang on, we did World Superbikes last time, what’s the difference?

Well, while the WSB machines are based on production models but highly modified for racing these brutes built for the sole purpose of racing although, there are however, few classes within the GP class!

The main battle will be fought out between the factory bikes of Honda and Yamaha, while the customer Honda, Yamaha and Ducati of both works and privateer should be up next. However, as the FIM look to bring costs down and introduce the opportunity for more bikes, teams and manufacturers back to the sport expect to see a Forward Racing Yamaha mixing it with the chasing pack, this is a custom built bike with a works Yamaha engine and it is pretty rapid!

You also have the production derived entries who’s engines are based on the street bike (but again tuned) however the bikes frame etc is specifically built for racing like the Moto 2 & 3 class, but more on that later.

OK the bikes sound great but who are the riders to watch then?

Well the title has already been decided as Honda’s Marc Marquez has won his second Moto GP title in as many seasons and third on the trot if you count his Moto 2 victory in 2012, the Yamaha duo of 2 time champion Jorge Lorenzo and that chap who should need no introduction Valentino Rossi will be wanting to finish the season on a high, as will Marquez’s team mate Dani Pedrosa.

Oh, and 3 of the 4 are Spanish so will all be looking for a good result in front of their home fans, Rossi will want to upset the party!

Behind the Hondas and Yamahas, the Espagaro brothers are usually well placed for points along with LCR Honda’s Stefan Bradl, Ducati’s Andrea Dovizioso, Cal Crutchlow – looking for a good result before he moves to the LCR Honda for 2015 and the often erratic Spaniard Alvaro Bautista again on a Honda for the last time before the Marc VDS squad (yes GT fans that Marc VDS squad) take over running a works Honda for Scott Redding. This is something that a lot of British bike racing fans are looking forward to for 2015.

You mentioned Moto 2 and Moto 3, are these classes within the main race like the WEC?

No, Moto 2 and Moto 3 are separate races held (usually) before the Moto GP, and will feature the next generation of riders looking to make their way to Moto GP. As with the GP class the Moto 2 title has already been decided as Esteve (Tito) Rabat has taken the title for the Marc VDS squad.

The VDS riders aside there are plenty of others worth watching especially the man with THE best name for a racer ever Maverick Vinalles, who will be moving up to the main class with the returning Suzuki squad in 2015.

In the Moto 3 class the title is up for grabs, Australian Jack Miller goes up against Alex Marquez (younger brother of Marc) both go into the race looking for glory, however a 3rd place for Marquez regardless of what Miller does will secure a set of double championships for the Marquez brothers.

Both riders are moving up the classes for 2015, Alex to Moto 2 while Jack jumps straight to the main class and onto an LCR Honda alongside Cal Crutchlow.

Expect plenty of action, overtaking and hold-your-breath-moments in these two classes, in fact I would go on record as saying that Moto 3 is probably one of the best classes of motorsport on two or 4 wheels at the moment.

Sounds great, where can I see this?

BT Sport is the home of live Moto GP but ITV4 is your friend on a Monday Night.