A look around the Porsche 991 Turbo S

The 991 generation 911 has been with us for about two years now which means its about time that some more potent versions step up in the range to make problems for the likes of Ferrari, Lamborghini and McLaren.

Sure enough Geneva gave us the hotly anticipated GT3 with it’s electric power steering, rear steer and PDK only shifting. Regardless of Porsches ushering the GT3 into the digital age of performance motoring, the heritability of undiluted driving pleasure reportedly transcends the mechanical formulae that made the badge so famous.

So what of the second of the dynamic duo. That which, if anything, has deeper roots in 911 history than the iconic GT3.

I refer of course, as does the title of this article, to the 911 turbo, now in its 40th year. Although its term of service bests the GT3 by over 25 years it has less of a niche job description to adhere to. Its directive is simple: be the fastest 911 on sale. I’ve been a lover of 911s as long as i’ve loved cars but the 991 has yet to win me over.

Philosophically, the Turbo has the best chance of winning favor simply because the Turbo has always been what the 991 generation as a whole has panned out to be. A technological revamp. 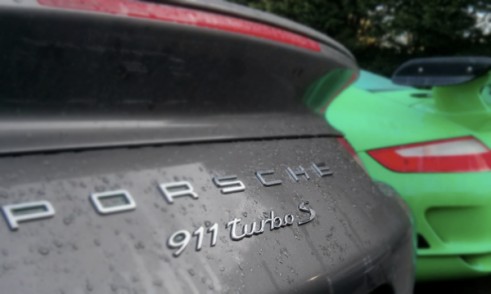 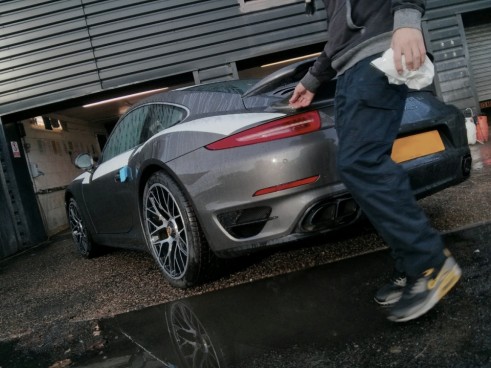 The car I found was a lovely (save the tacky chrome window trim) “Agate metallic grey” S badged machine equipped with the ‘standard’ (and in my humble opinion best looking) wheel option, tucked up in the back of a dealer being readied for delivery to its lucky owner. An owner which even before options, had to shell out over £140,000…

What does that amount of money buy someone in a Porsche dealership where traditionally you can expect to be spending no more than 100k? Well, for a kick off, the fastest car Porsche sell short of the £800,000 918 Spyder. 560 horsepower and 516 foot pounds of torque give it the kind of eye opening shunt that is expected of any next generation 911 turbo.

In recent years the badge has commanded a respect among those in the know: thoroughly dusting 90% of what it encounters over 90% of roads in 90% of weather conditions that you care to throw it at. Turbos cover ground with ease known by no other in their performance ballpark and so when Mr Poser McFlashponce pulls up next to one at the lights in a red italian car, the wise bow their heads and preemptively share a minutes silence for aforementioned drivers to-be fallen ego.

The numbers tell the real story though, right? Myths and legends only go so far. 991 Turbo, as claimed by Porsche, clocks 0-100kph (62mph in old dosh) in 3.1 or in other words, 0.3 slower than the 997. The same kind of.. i’m going to call it modesty…is applied in claims about top speed. 198mph is the stated v-max for the new car though there have been several accounts of even 2006 generation 997 Turbos demolishing the 200 mark.

Something is awry here and has been for some time but it’s all added to the Turbo legend. No other car in the industry is underestimated, or under-clocked by its creators quite as much as the 911 Turbo. Refer back to the paperwork of those early 997s and you will find a stated top speed of 193mph… 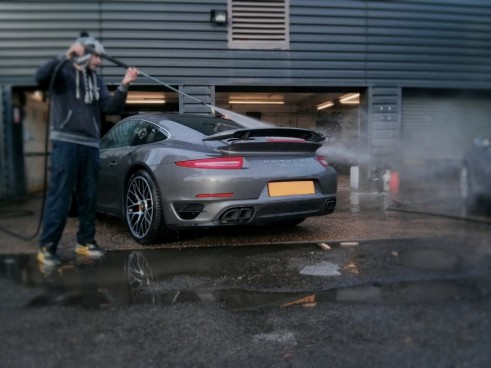 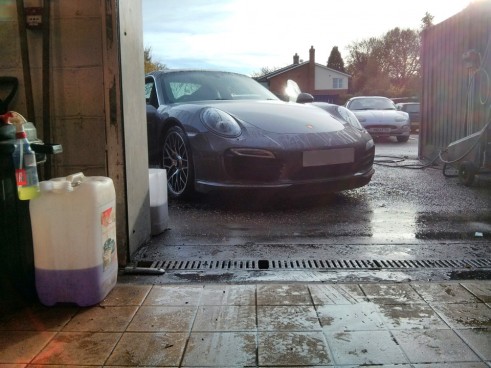 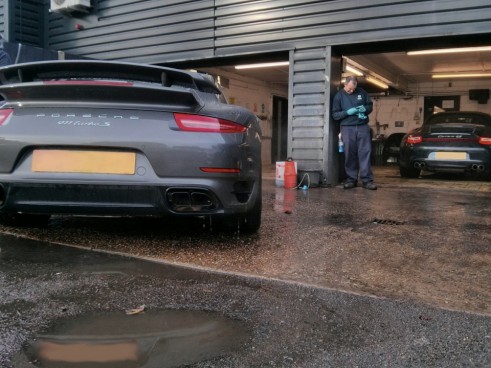 Expect then, in practice, the 991 Turbo to decimate the 200 mark, but not before having sixty in under 3 seconds. Both cars come equipped with the new rear steer system which debuted on the GT3 that is also making an appearance on the 918. The system dramatically increases turn in speed and responsiveness thus curbing the residual understeer that wasn’t quite edged out in the 997. More complex active aero makes an appearance too, with a deployable front splitter adding to the familiar rear wing.

S designation, as well as adding 40 horsepower, makes ceramic brakes standard as well as paddle operation for the PDK transmission. But are these things, ceramic stoppers specifically, a necessity on a vehicle that will primarily be used for trundling around kensington when its too morbid out to take the Ferrari? Is brake fade something that a businessman who circumnavigates the autobahns from day to day really worries about? Worth a thought when you consider the £22,000 premium paid for the S over the standard Turbo. 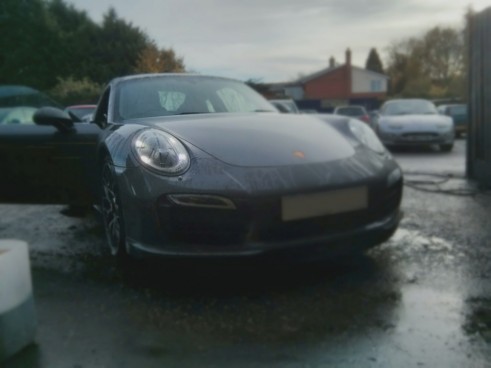 Looks wise, as you’ve probably seen for yourselves, the 991 is as with all Turbos in recent years, muscular yet understated. More purposeful intakes and new four point LED pieces nestled in the rims of the round headlamps help identify it from the front (the lights now a general feature of recent Porsche design). Tell tales of its DNA carry over from generations gone by with wide hips being a turbo trademark as well as gaping side intakes and pop up wings chiming in on the 996 post millennium.

The Turbo has the kind of presence that the 991 design queues have power lifted into rather nicely. A standard Carrera proportionally seems somewhat dwarfed if you stick them side by side, arse to arse. Familiarity with lesser 911s is a given as this isn’t meant to stick out like a GT1 straßenversion. A key trump card in the Turbos A-game is subtlety. 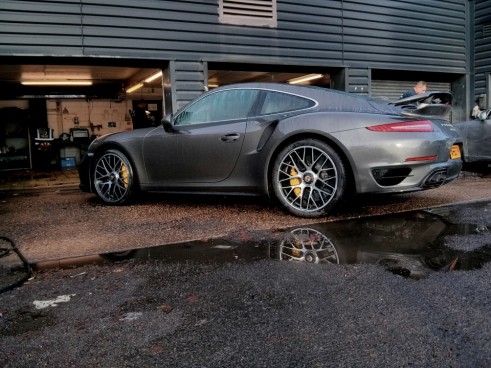 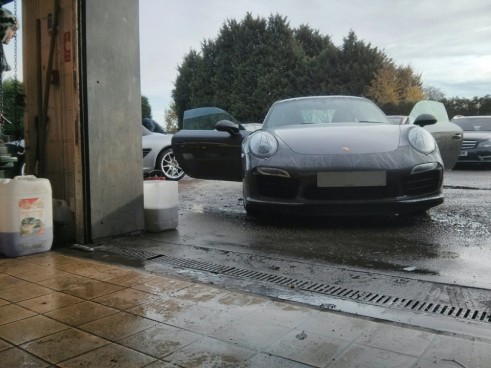 Those familiar with the 991 will find the Turbo a home from home on the inside too. Is that sufficient though considering the stratospheric price? The bland color scheme of this car lets the side down somewhat and granted for this generation Porsche have upped refinement, luxury and comfort ten fold and its relatively generously equipped but the student in me is counting pennies and for that I apologise… It does all lend to the question though, of what kind of rip-snorting mid engined machinery could you wrestle out of a dealer for that kind of outlay? Should it feel more special inside given its price?

For a couple of thousand less the outlandishly exclusive Aston V12 Vantage S is a viable underdog… but it all boils down to what the individual wants and the 911 Turbo has developed a solid reputation and a customer base that would only glance at the price tag having ticked all the boxes on the options list, and then proceed regardless. It is arguable that it doesn’t really have the same demographic as the Aston or the 458 in its sights.. 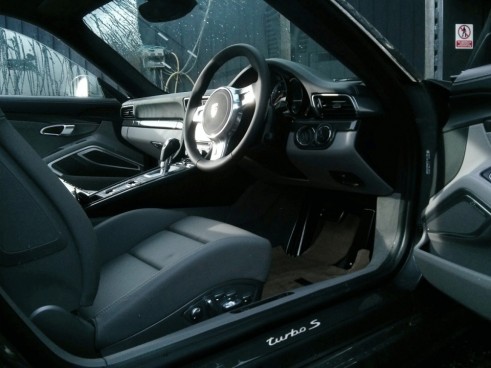 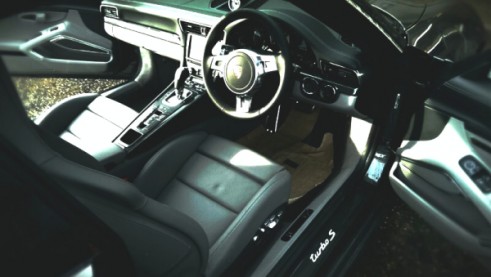 A lingering annoyance before my final thoughts then, pertaining to the Turbos reputation for being built to endure. A well connected friend who is close with owners of this car has reported a few cases of engines going pop. I hope that turns out to be rumor mill smoke or at worst teething problems. Should the worst happen Porsche would undoubtedly look after the afflicted with the utmost care. Porsches customer service is often considered second to none but it is a concerning rumor regardless. Reliability issues have delayed GT3 deliveries too… 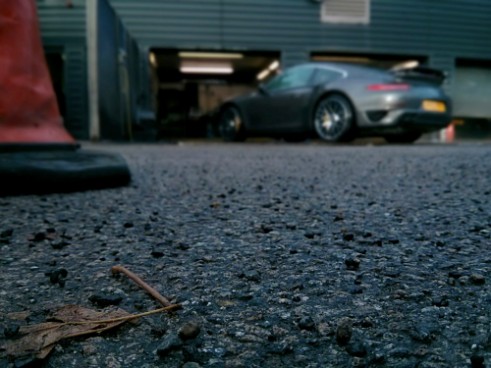 Overall the S is unjustifiable for me considering the premium even if the quality of the product has increased in tandem but given what the standard car offers for £118,000, the price conscious are capably catered for.

Most buyers, of which there are many, won’t pay any mind to how much the latest greatest 911 Turbo costs and all power to them. Irrespective, the Turbo remains one of the more universally capable high performance machines on the road today as the 991 takes that capability still forward without upsetting the enthusiasts.

It remains a jack of all trades in a marketplace defined by flaws and compromises. Most importantly though it remains for many, the go to performance benchmark and for me is the go to model in the 991 range.

GUIDE – How To Drive In Winter

BMW i8 Pictures – In The Flesh