We’ve always had a big, huge, soft spot for the Suzuki Swift Sport. Yup, it went turbocharged and lost a little of its raw, thrummy hum, but it was still super light and a hoon around B roads.

So what’s new? Well, Suzuki are going totally hybrid across the whole range, even the Swift Sport. So they’ve added a 48v (incredibly mild) hybrid system, turned down the power, added more weight and increased the 0-62 time by a whole second. Oh, and the cost has gone up to a whopping £21,570. 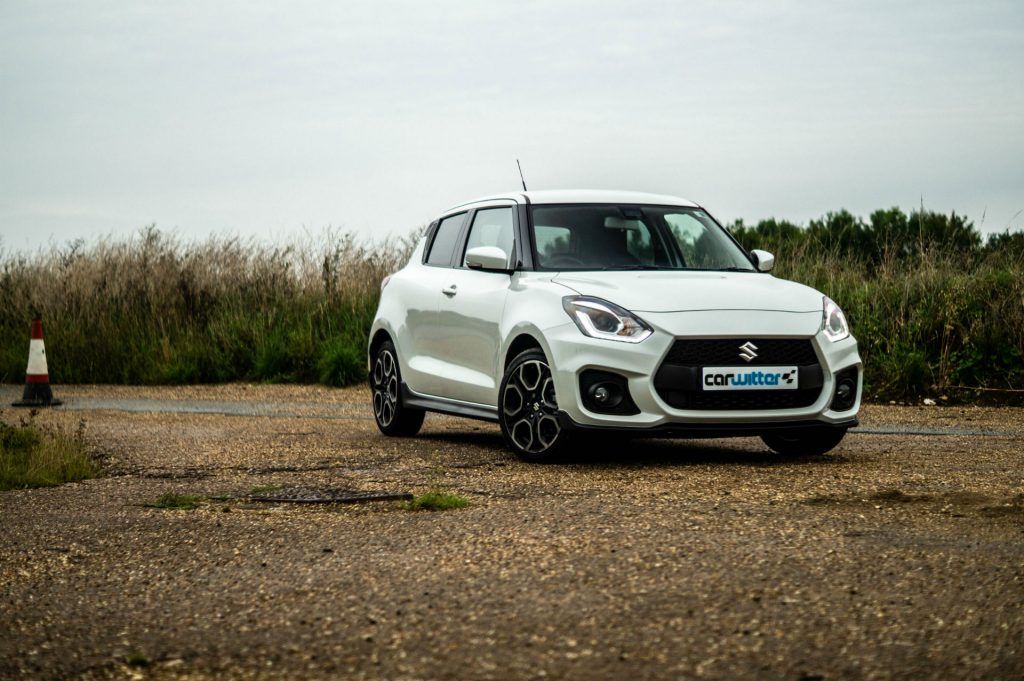 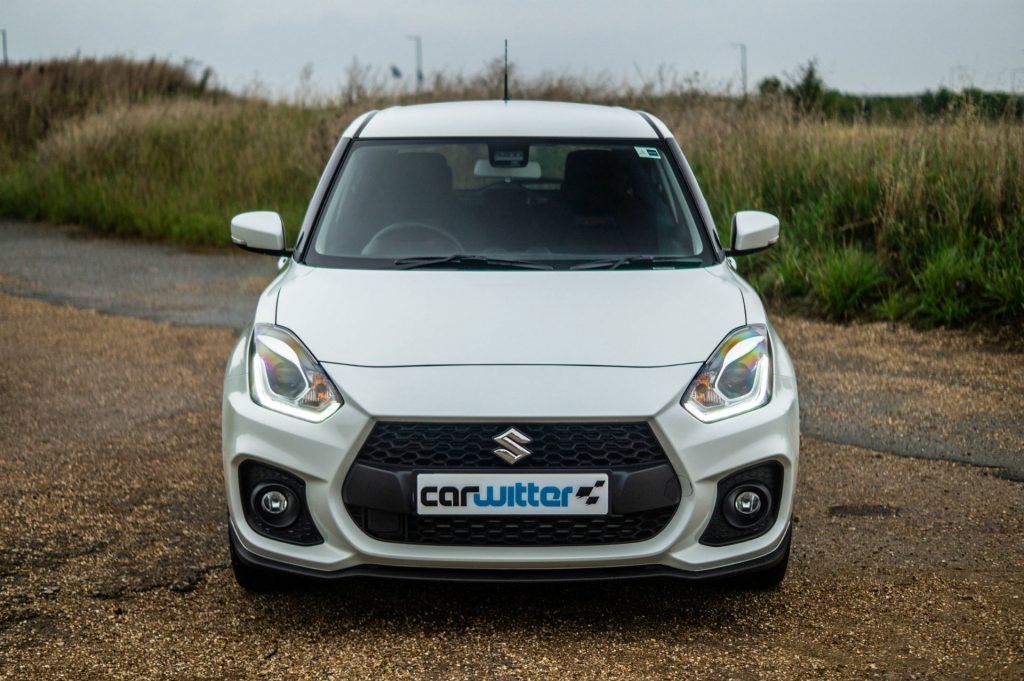 Nothing has changed on the exterior, bar the simple addition of a ‘Hybrid’ moniker on the back. 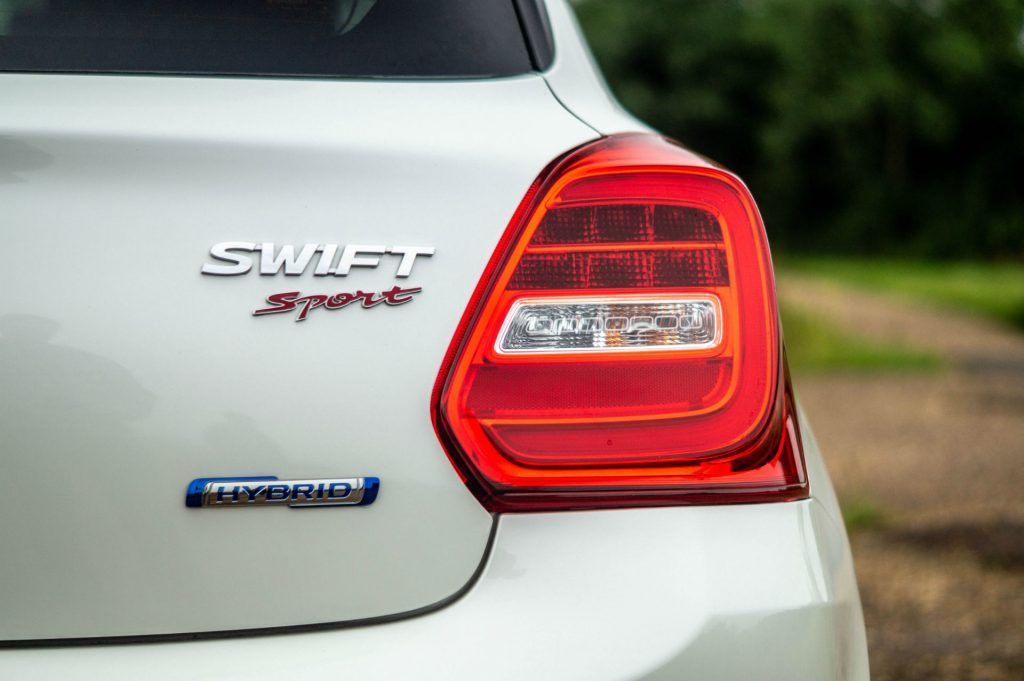 Getting behind the wheel for the first time I did my usual when a new model comes out, don’t read the press material, just drive.

From the off, you’d never know the Sport is down on power, that clever 15kg hybrid system actually torque fills like a supercar does at lower revs. Off the line feels pretty immediate, almost as if you have an EV type shove from a standstill.

Hooning it across town and the nimble nature still shines through, it’s a fun little hatch where you can drive at 100% of its abilities without the worry of killing yourself by flying backwards through a hedge on fire. 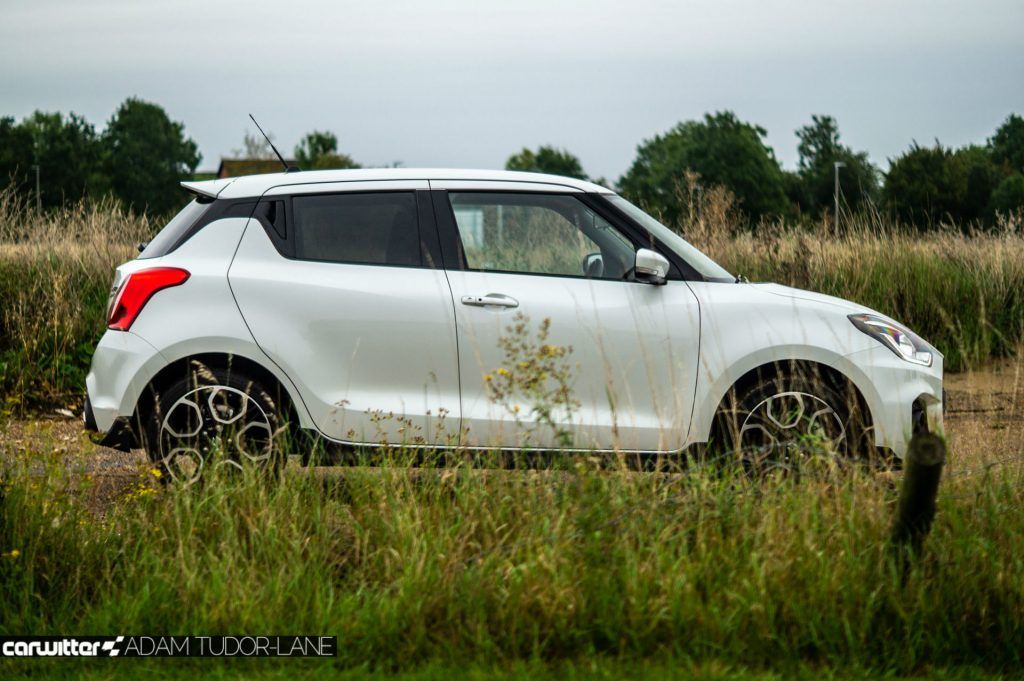 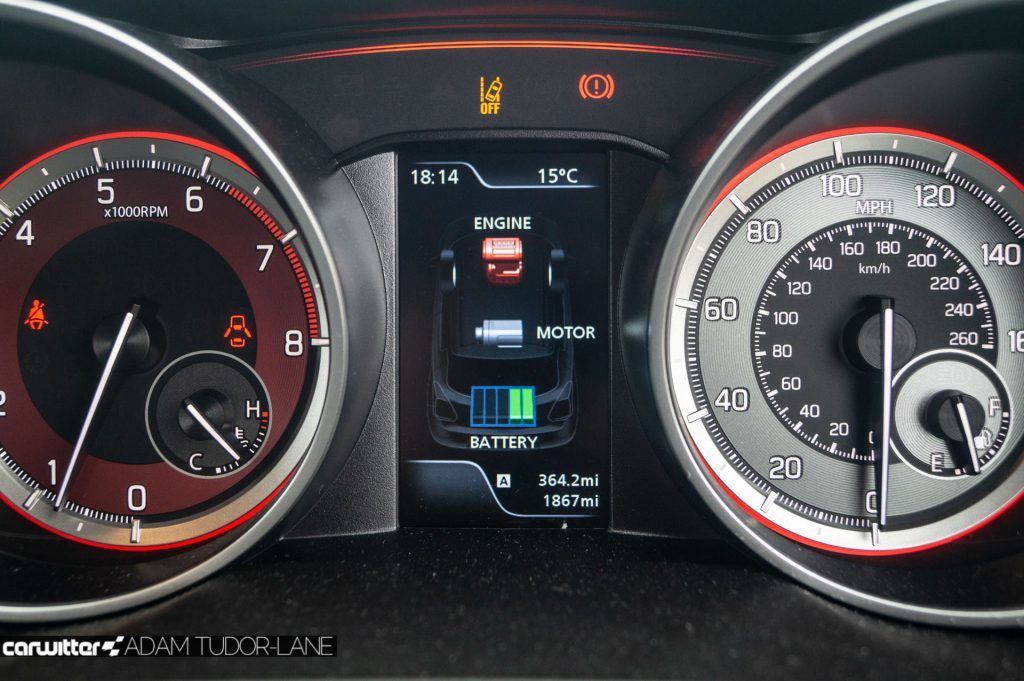 But one thing that’s kinda kerbed the fun is the way in which the hybrid system starts sapping away speed as soon as you let off the throttle. As the system is gearbox driven, once you let off the go pedal, you start slowing to charge the hybrid battery.

Now over nearly 300 miles I never saw this battery fully charge, that was over long sections of A road, motorways and town driving, the most it ever got to was three bars, so halfway. That’s just annoying.

Anyway, back to the grabby gearbox…there’s no way to turn it off?! Why isn’t there a ‘Sport Mode’ that disables it? Sadly there are no ‘modes’, it is how it is. 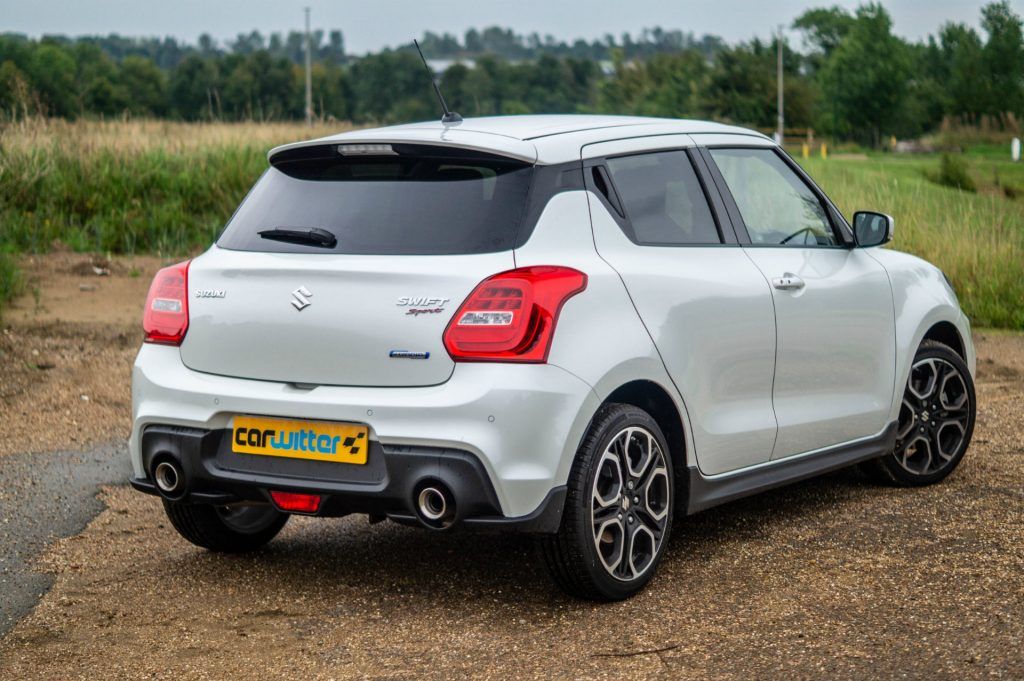 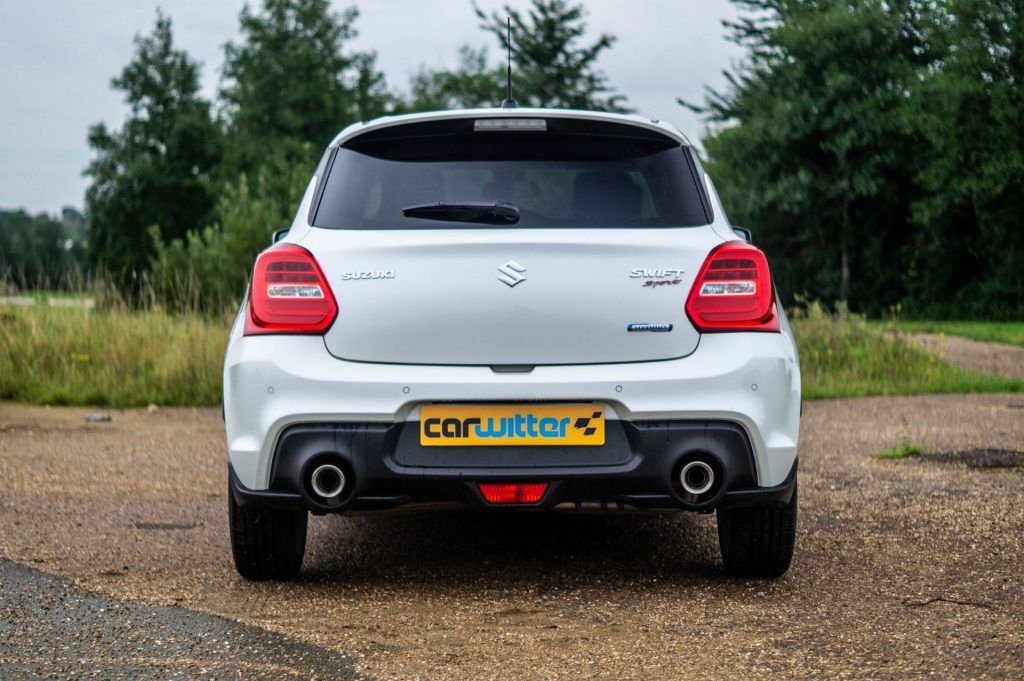 One good thing about the system is that the little Swift managed 45 MPG over our time together. Not bad for a pretty spritely hatch. Sadly I don’t have any MPG figures from our ‘non-hybrid’ Swift Sport review from back in 2018 as we didn’t drive the cars for all that long and a lot of the time was spent on track – not a fair cop.
Judging by HonestJohn’s real MPG figure, 44.8 MPG is the average for the hybrid-less Swift Sport. Not quite the 6% improvement claimed by Suzuki, but this isn’t a scientific test either. 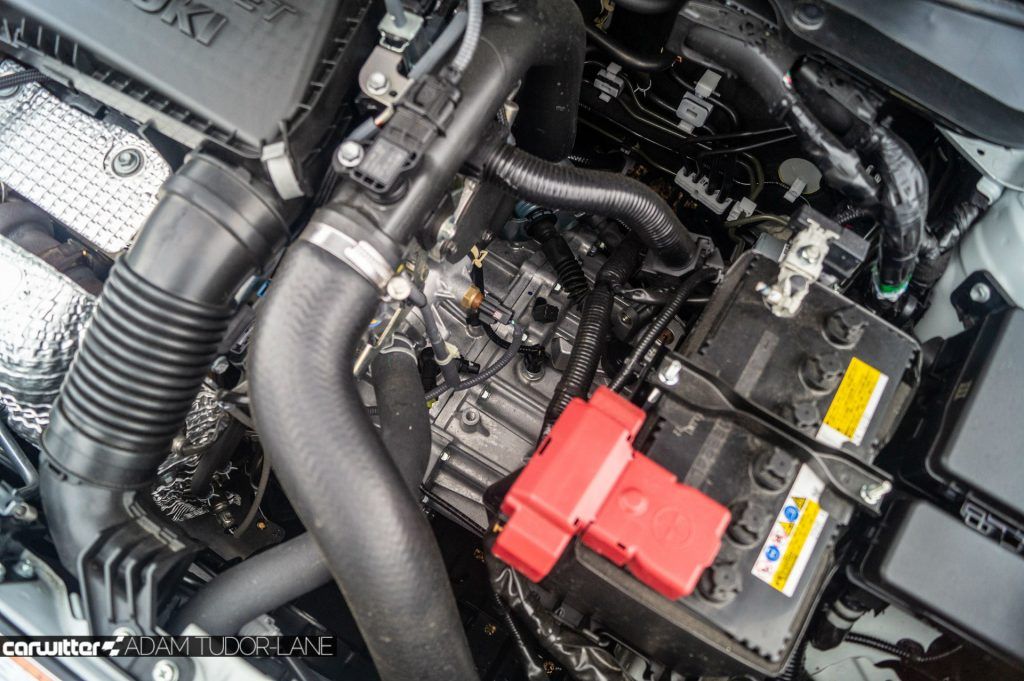 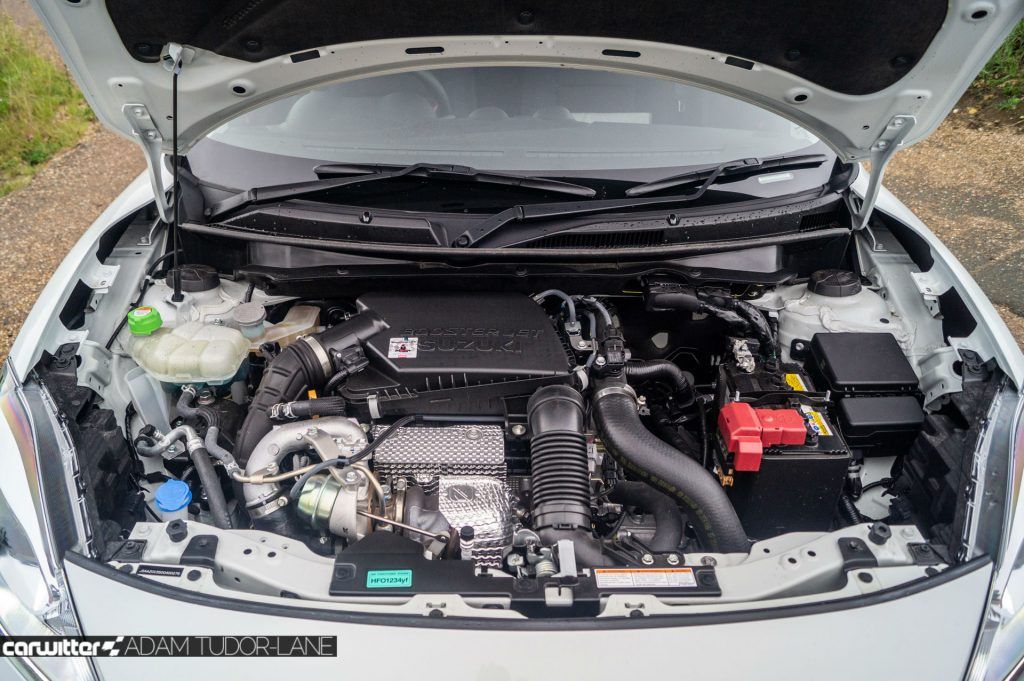 Power has been decreased to 129 BHP from 138, no doubt due to emissions and the power that the new ISG 48v gearbox add-on can cope with. Torque is up a smidge by 5Nm over the non-hybrid Swift Sports 230 figure. 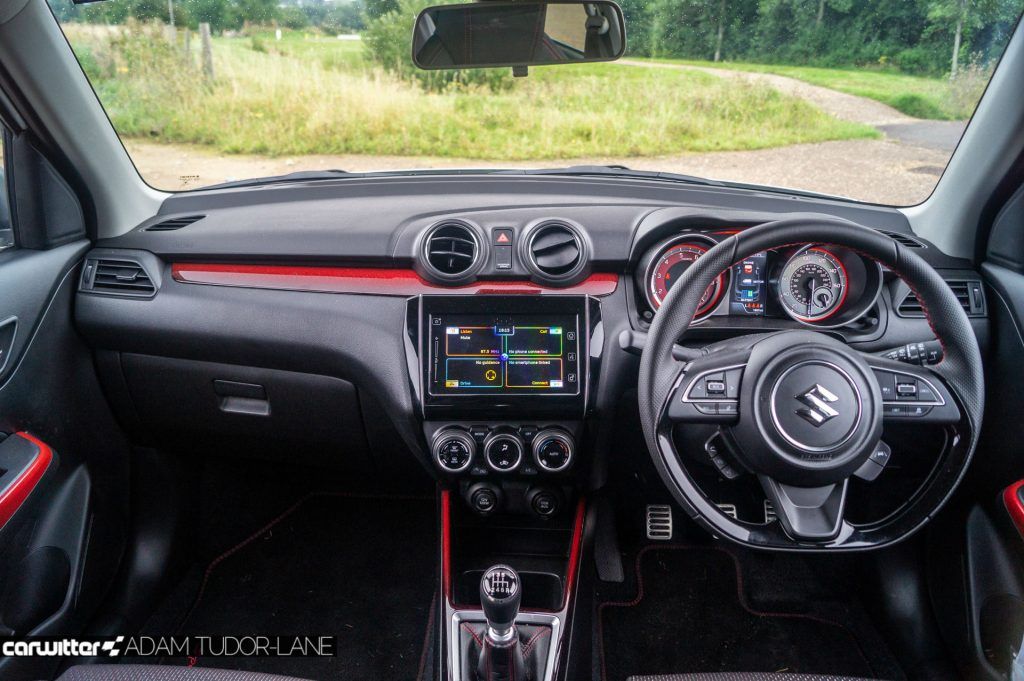 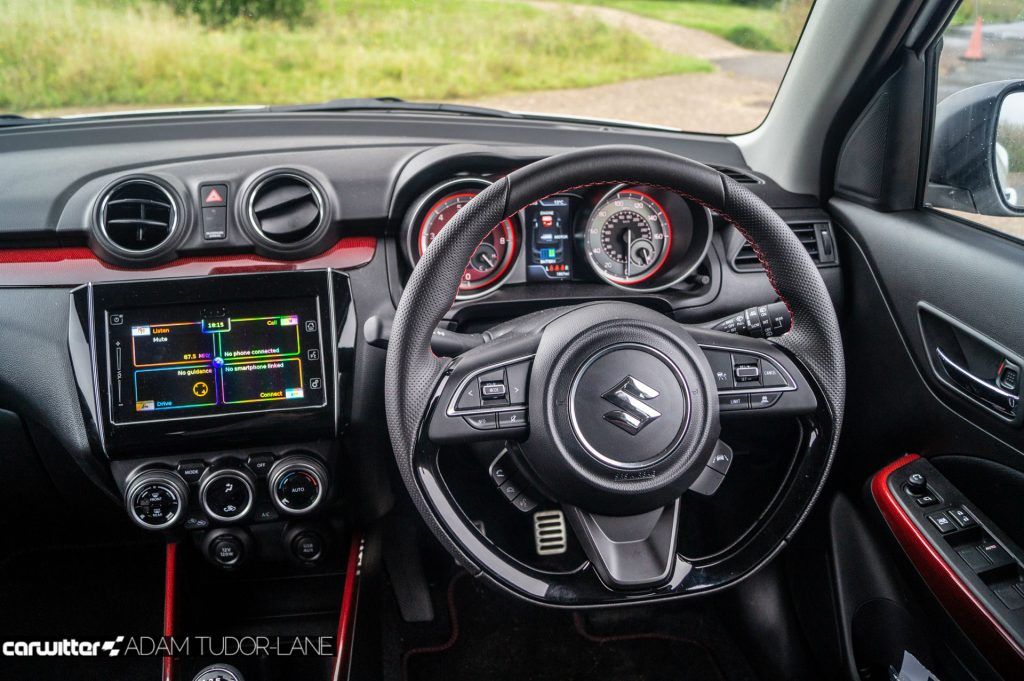 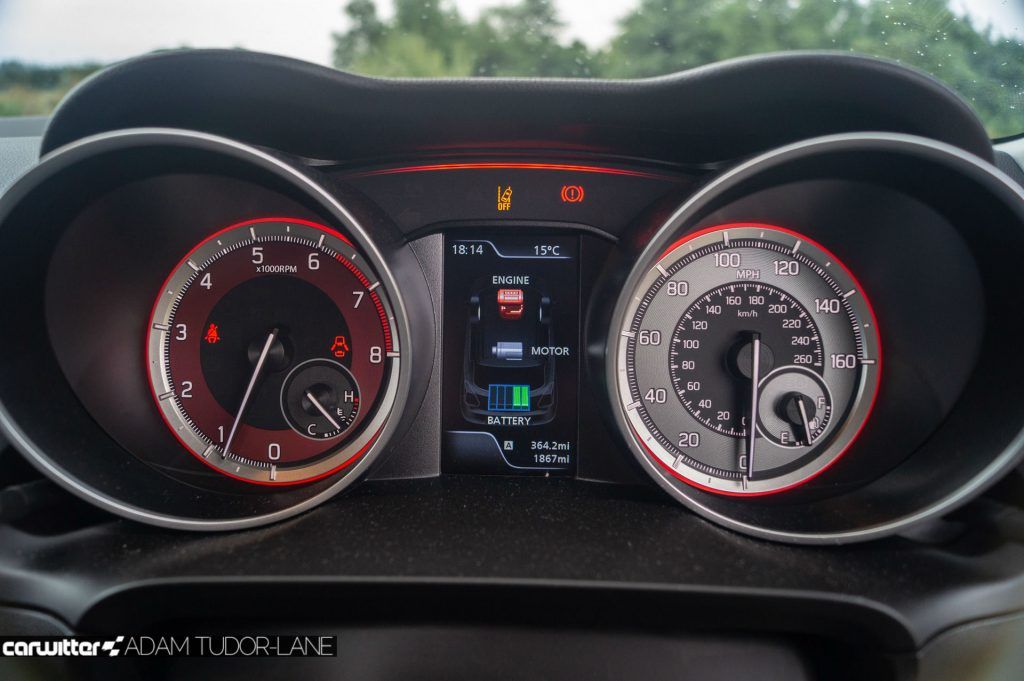 Inside, again is just the same as the non-hybrid version. There are some extra menus in the dash LCD display to tell you the battery charge and energy flow.

That ‘hybrid’ tech sits under the front seats, so there’s no encroaching on boot space, but it does feel as though you sit a little higher because of it…that could just be all in my head though. 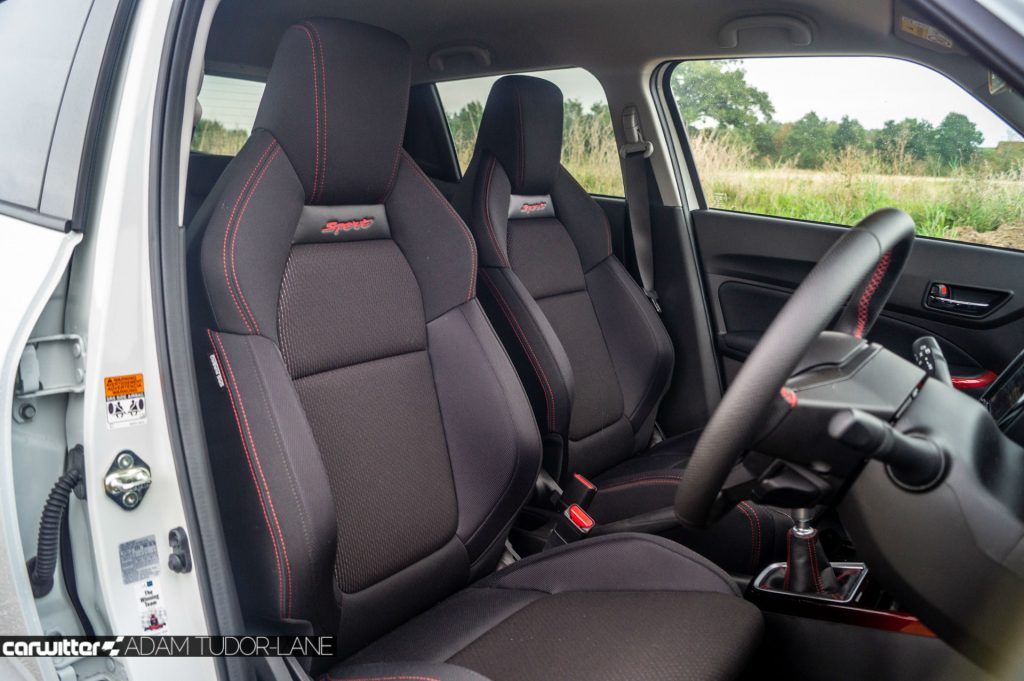 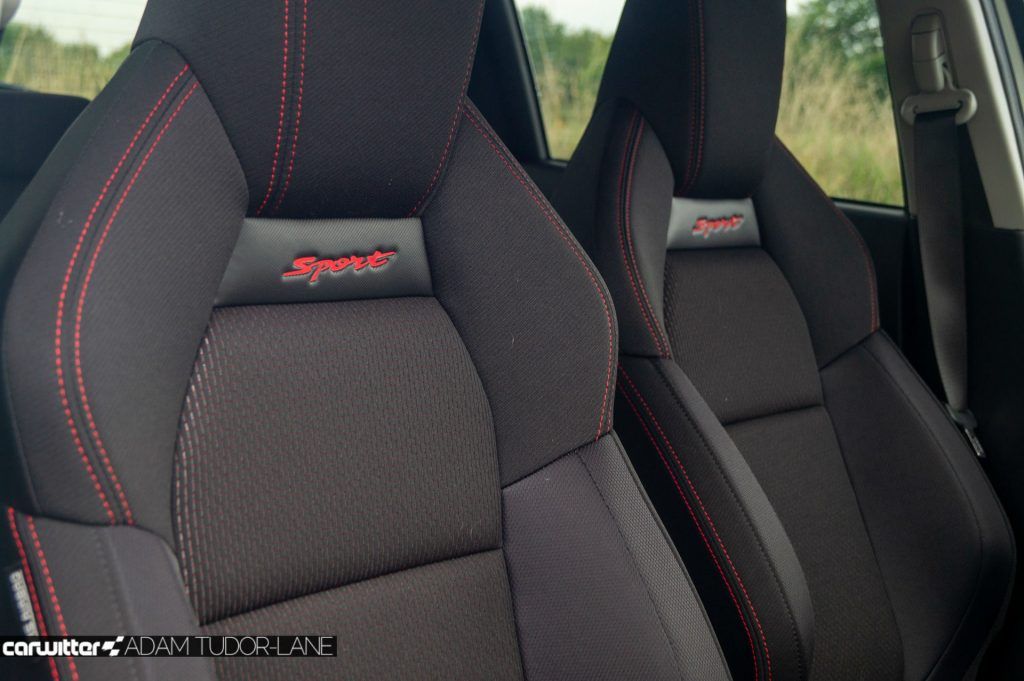 When you can have the Ford Fiesta ST, you know, a proper hot hatch, for just £705 more, the Hybrid Swift Sport suddenly looks dead in the water. Sadly, Suzuki UK are at the mercy of import/exchange rates, etc., so it’s not always easy on them, but Christ this has suddenly become expensive. 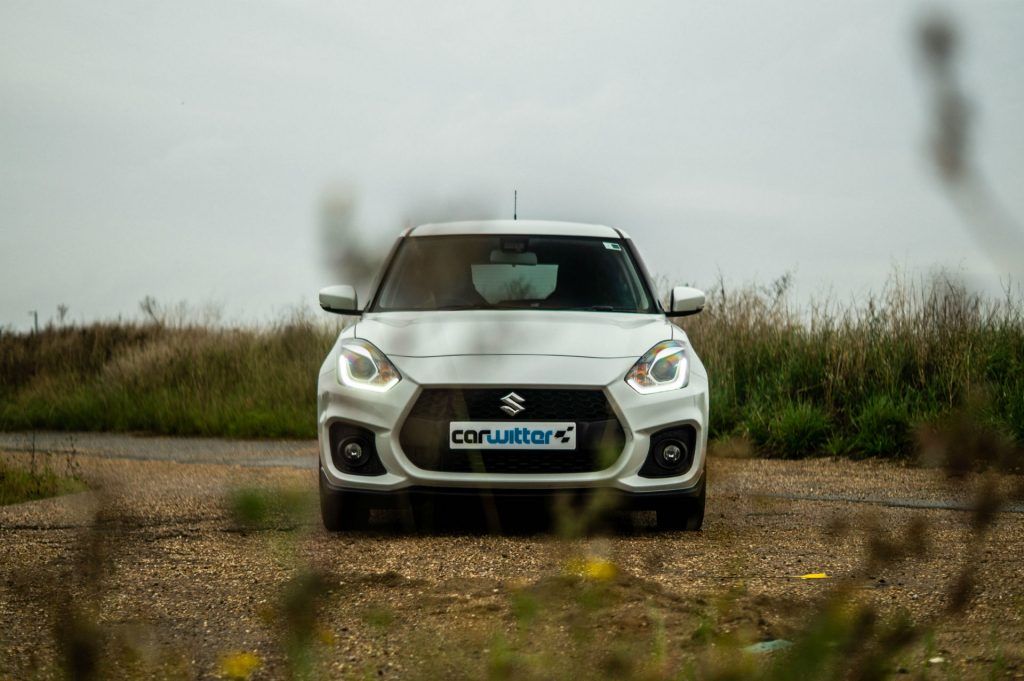 Here’s what Suzuki should have done.

Created the first hybrid hot/warm hatch. Use the 48v hybrid system to push power to 150 or just over, the torque filling aspect could easily be marketed in-line with ‘supercar’ technology.

Then aim at the angle of being ‘green’ doesn’t mean you have to be boring, you can still cut emissions while being a superb drivers’ car.

Add an ‘Eco’ drive mode, which is super aggressive on the regeneration, then have a ‘Sport’ button which turns that off and dumps all the volts you earnt while driving like Miss Daisy through the accelerator whenever you want it.

That way and only that way do I believe Suzuki could warrant that price. 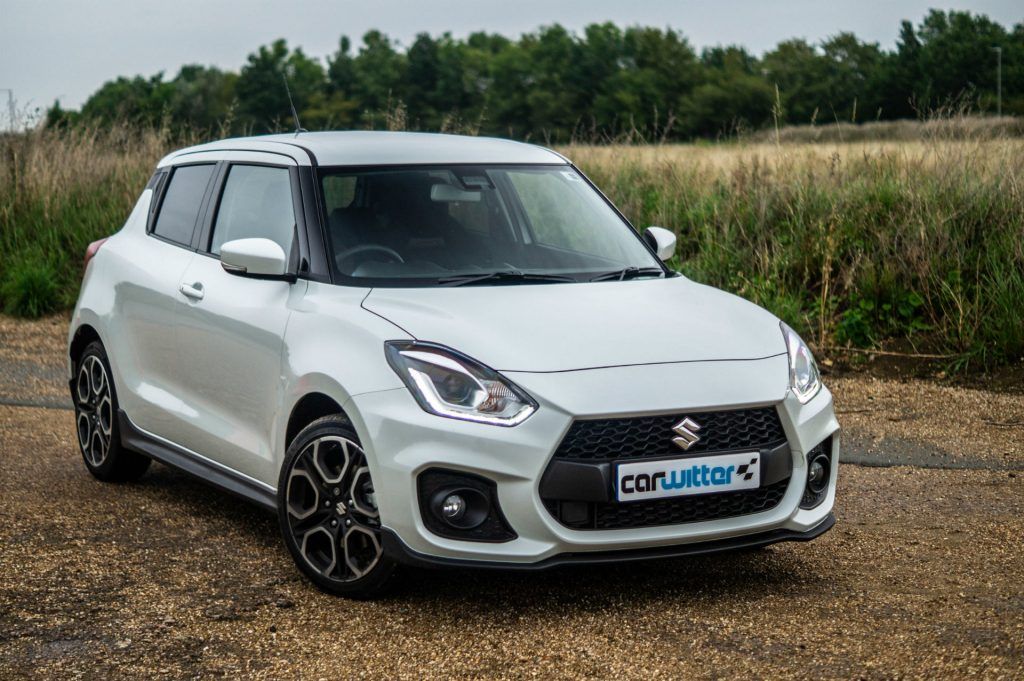 Which Cars have Recorded the Most Faults During the Covid-19 Pandemic?