Subaru have announced that the 2017 Subaru XV will make its debut at the Geneva Motor Show.

Subaru have given away very little detail, but have released a teaser image (which we’ve enhanced a bit). This image shows that the new XV shares a few styling features from the Impreza, in particular the headlights with the angular design.

The rear seems to have benefited from a new horizontal tail light design and body lines helping to make the overall look smarter compared to the previous model. 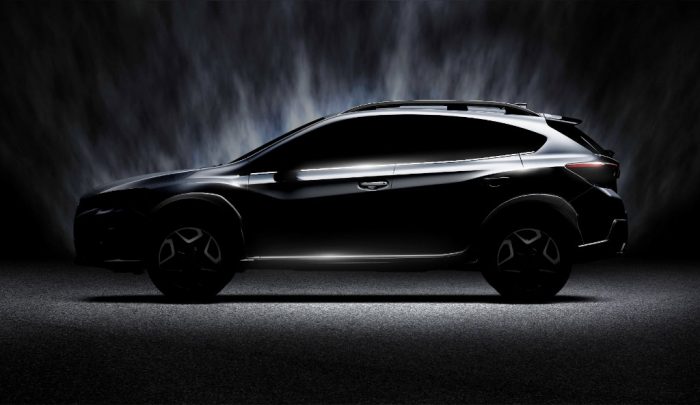