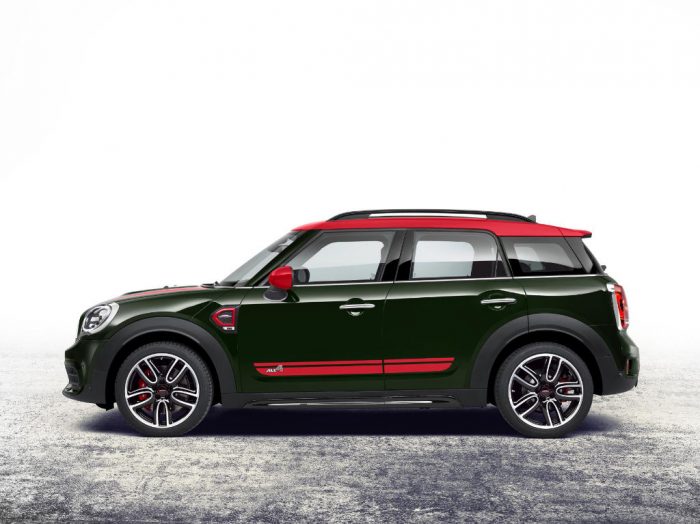 Compared to the previous version, the Countryman JCW gets a power increase of 13hp totalling With an output of 231 hp. 0-62mph time of just 6.5 seconds.

This is provided by a 2.0-litre 4-cylinder engine with specifically made components including large charge-air cooler and an additional radiator.

There’s a sports exhaust system that helps to reduce exhaust gas pressure to improve power delivery whilst also having a controllable exhaust flap that provides a great soundtrack. 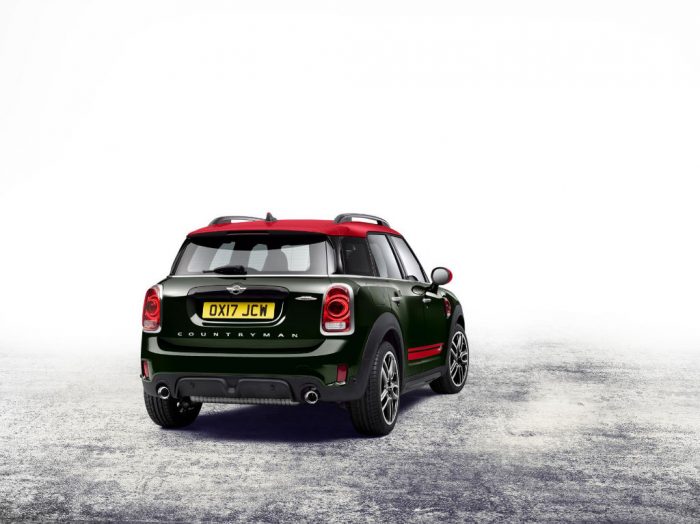 Countryman JCW will also come with Mini’s ALL4 all-wheel drive system as standard along with sports suspension.

The Countryman JCW will come either with a 6-speed manual transmission or an optional 8-speed Steptronic sports transmission which also comes with launch control.

Even with this speed, the manual transmission achieves a combined fuel consumption of 38.2 mpg and a CO2 emissions level of 169 g/km. The 8-speed Steptronic sports transmission improves the figures to 40.9 mpg and 158 g/km.

The exterior gets a John Cooper Works Aerodynamics Kit and comes with 18” alloys as standard with optional 19” alloys. 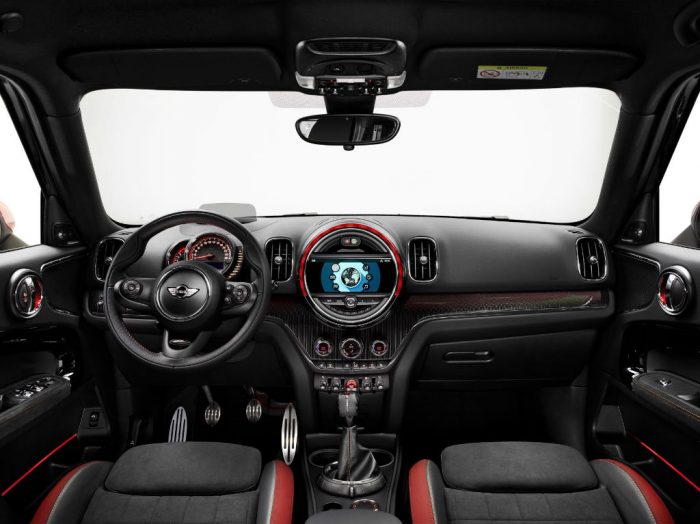 The new Countryman John Cooper Works will have its public debut in April at the Shanghai Motor Show.

Specs and Pricing Announced for 2017 Hyundai i30