Lexus have come a long way in recent years, both in terms of looks and luxury. The last time we sampled one of their SUV’s was the NX a few years back. But what about its bigger brother, the RX?

Lexus have recently ditched the petrol only 2.0 litre turbo engine, so we went with the only engine choice available the 450h. This couples a 3.5 litre V6 petrol with a hybrid powertrain. 0-62 comes up in 7.7 seconds. Starting at £54k in F Sport trim ours tipped the scales at £60,585 due to some optional extras. 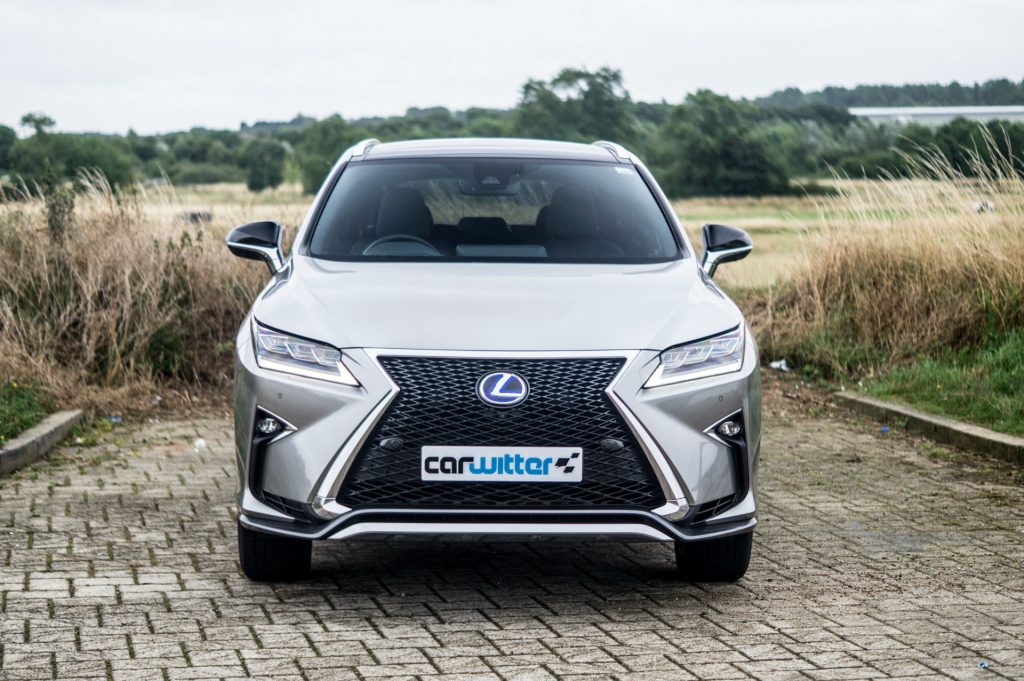 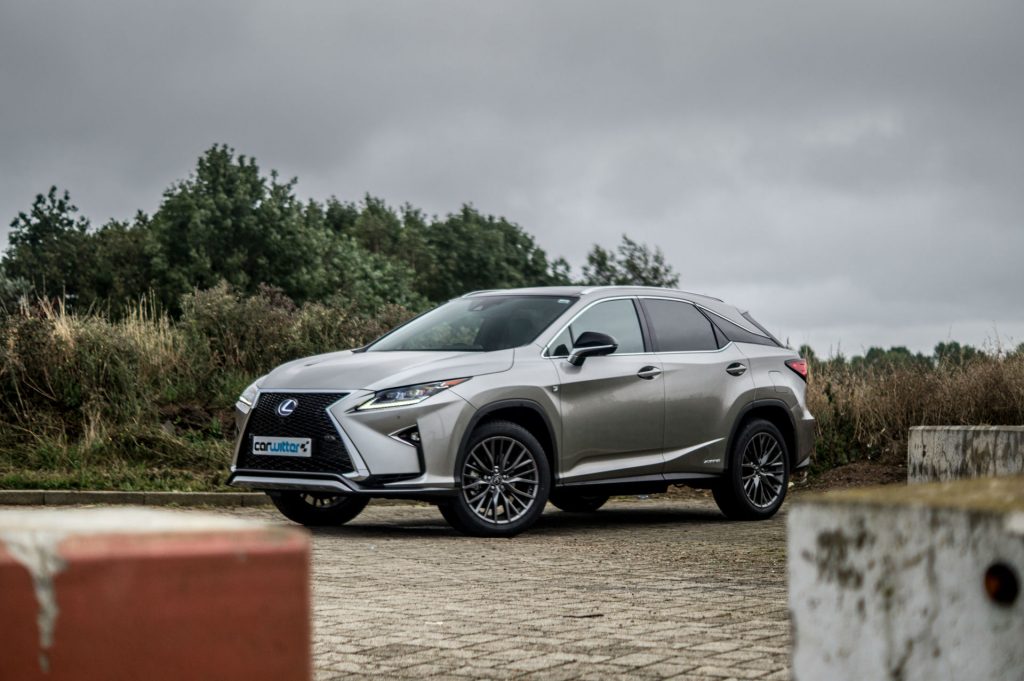 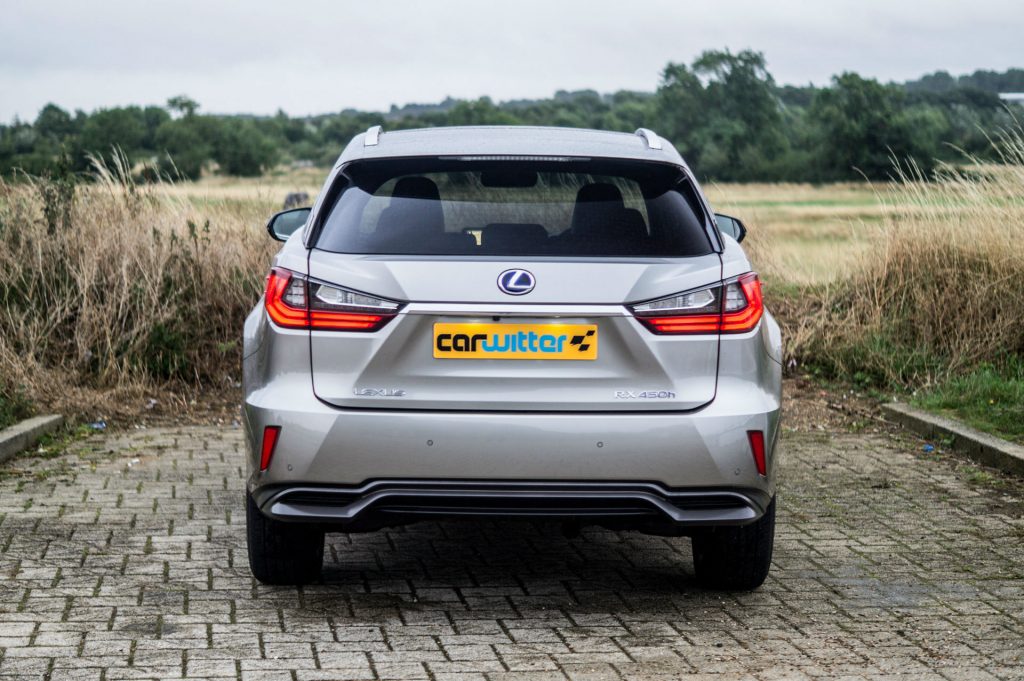 Angular, sharp and modern. That’s the order of the day at Lexus…with their sister brand Toyota seeming to follow suit.

Trapezoids are found all over the front end with some sweeping styling lines running up the doors, but then everything seems to be lost when you get to the rear.

The boot juts out from the C pillar in a slightly ungainly manner, and whilst the styling shape continues it all just seems a bit like an afterthought.

Large rear lights help widen its stance, but I can’t help but think this end will date far quicker than the rest. 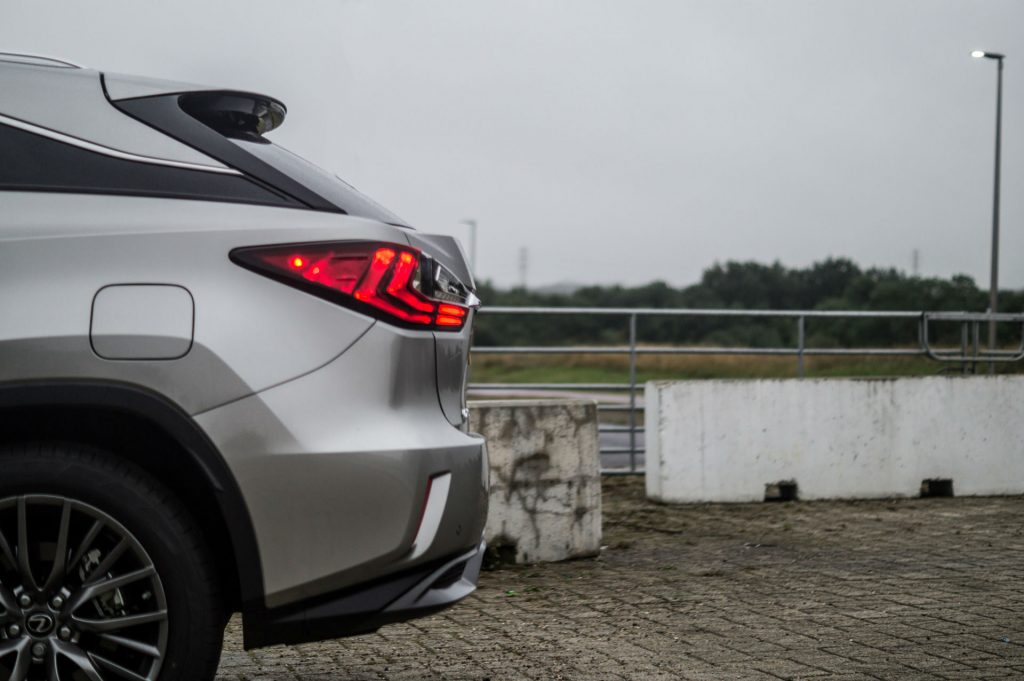 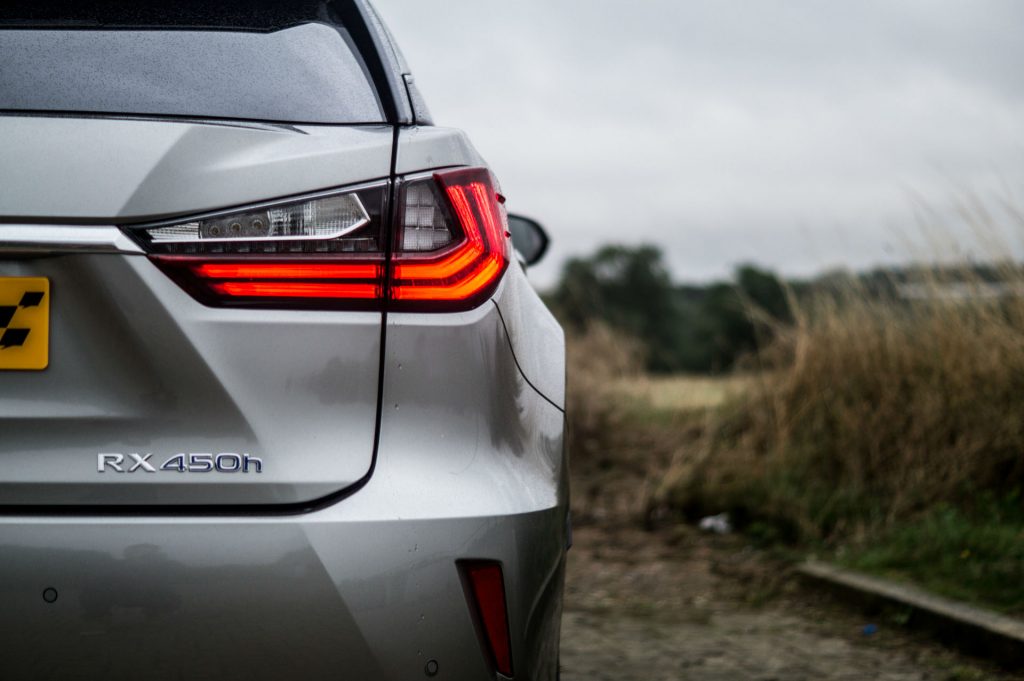 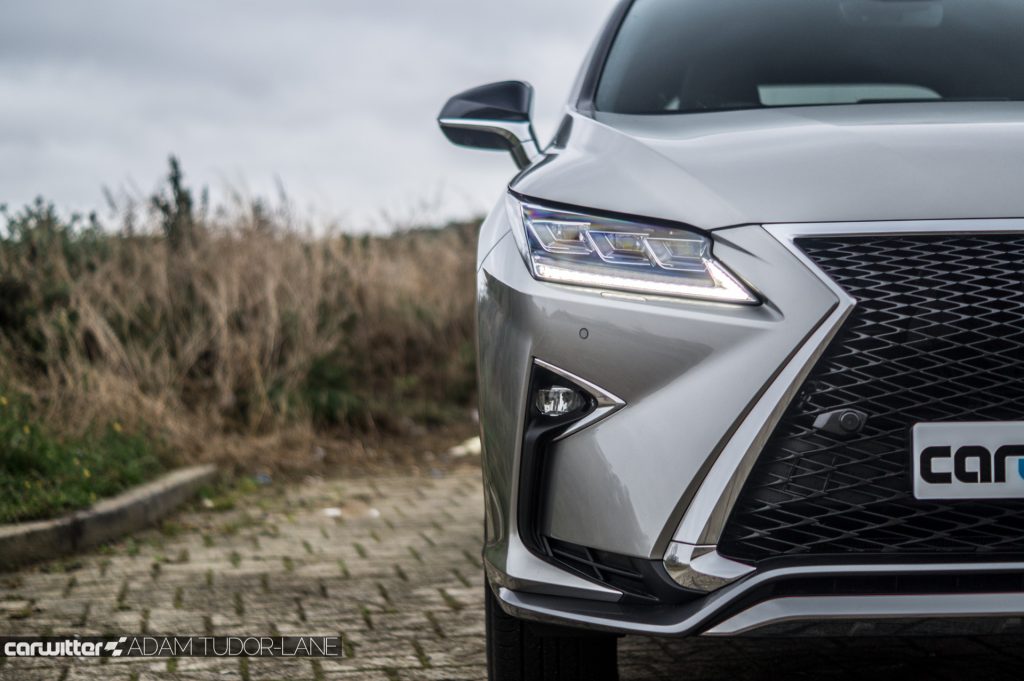 Acceleration is certainly nippy in the 450h. You can switch into Sport S+ which will give you max hybrid boost whilst sharpening throttle response. In this mode you’ll be greeted with a fair amount of engine noise depending on how hard you punch the right pedal.

In total the 450h is pushing out 259 BHP from the petrol engine and 308 from the electric motors.  Torque from the V6 is 335 Nm whilst the front motor produces the same, and 139 Nm’s will see you right from the rear.

And that’s due to the planetary gearbox. Naturally it’s the cleanest way to combine two differing powertrains and it does so well in the Lexus. In fact it’s so sublime you’d almost be fooled for thinking you’re in an EV…if it weren’t for the engine noise now and then. 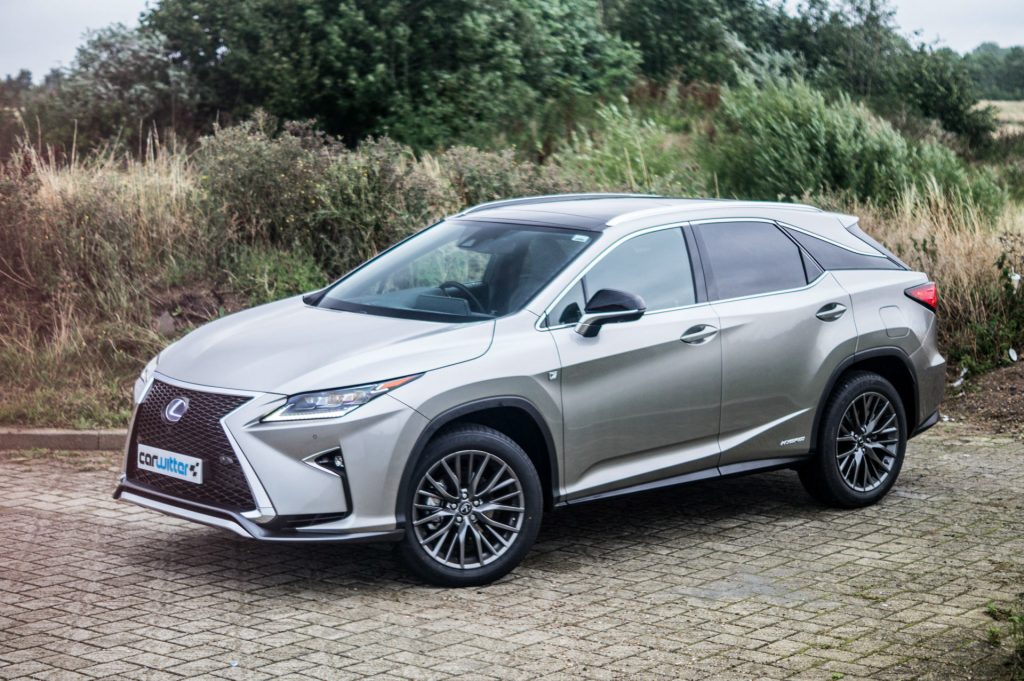 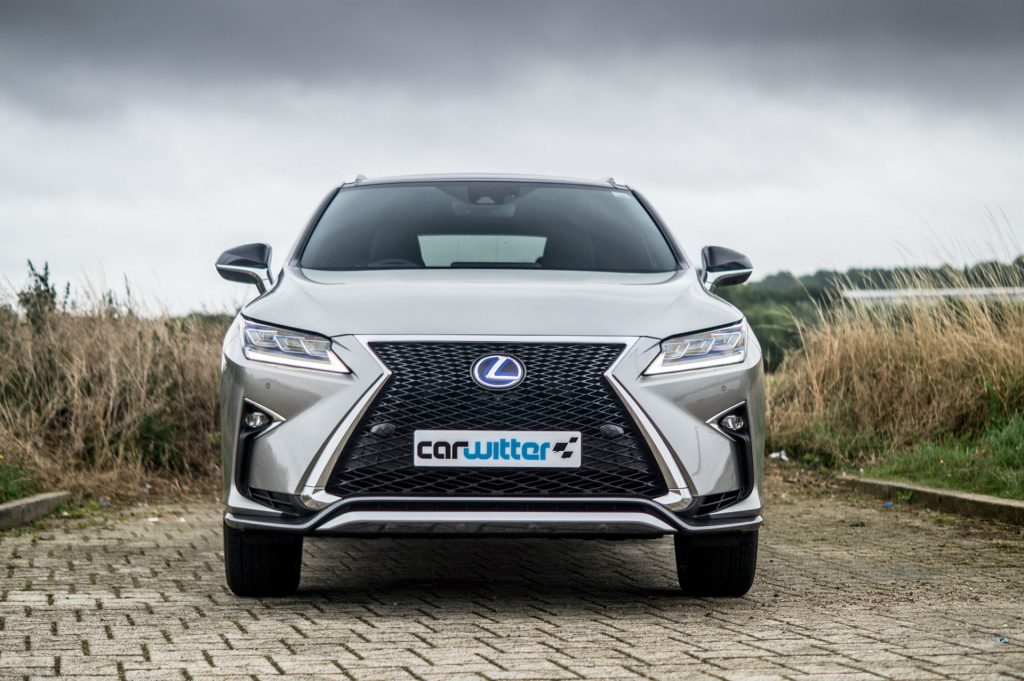 Electric motors front and rear mean you can set off in pure silence. There’s even an EV mode which will let you pootle a short way on amps alone, but anything more than a ballerinas touch on the throttle, or more than a babies crawl on road will fire up the carbon burning lump in the front.

Ride is super smooth, you can easily go on long jaunts and feel completely refreshed in the RX. That is at the loss of ultimate stability and body roll in the corners…but this isn’t a B road blaster in the slightest.

Over roughly 400 miles of mainly motorway driving with a touch of town, we only managed 29.3 MPG. And that was with the RX in Eco Mode 90% of the time. Lexus claim a ludicrous 51.4 Urban rating, in fact they claim that for Combined and Extra Urban too?!
After saying all that, emissions are supposedly only 127 g/km for a vehicle of this size, and because it’s not a nasty diesel you aren’t pumping out tons of particulates either.

The RX actually weighs in at a mighty 2100 kg, so you can see why the Mpegs are rather on the low side. 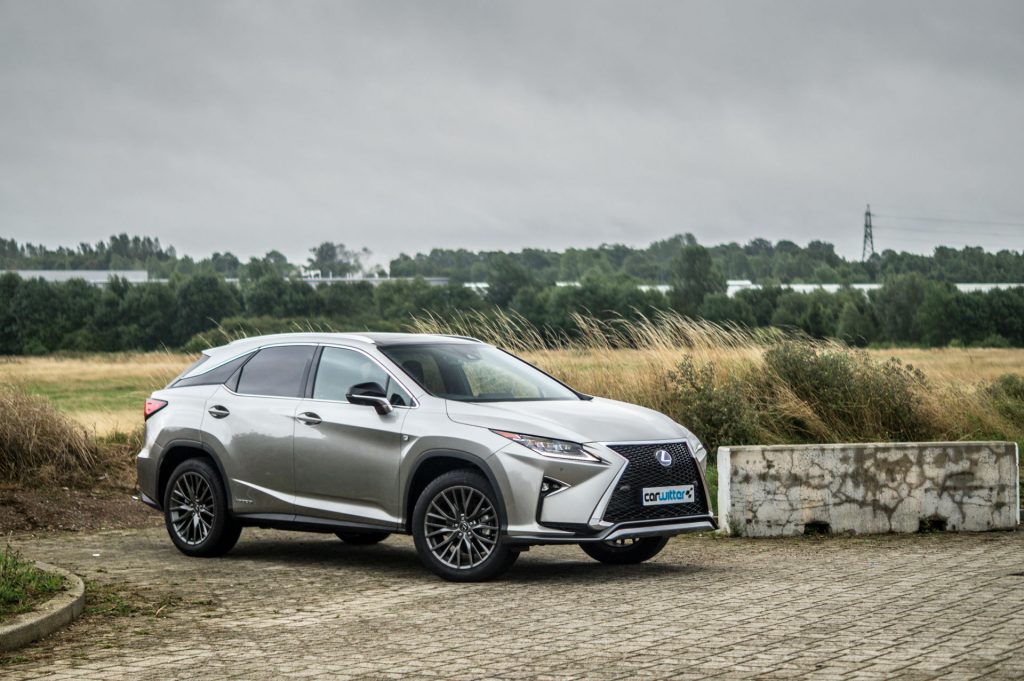 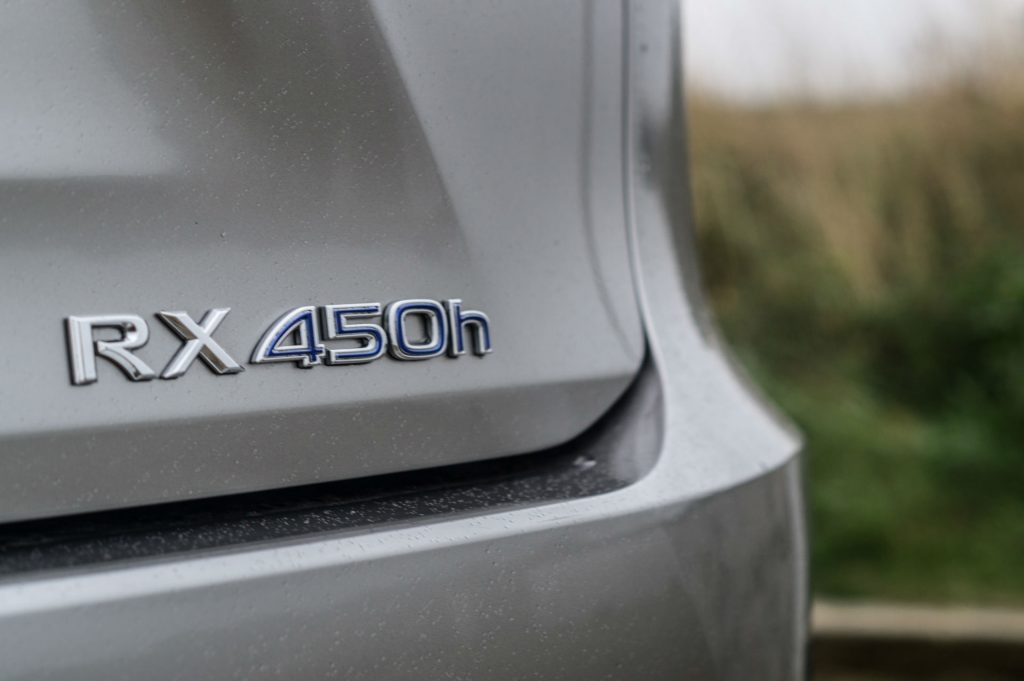 Inside is where the RX really ups the stakes. It’s pure luxury.

Leather adorns the dash, atop the glovebox, armrest, you name it and there’s gorgeously soft leather covering it. Matched with a silvery stitch it really sets off the interior.

A large central infotainment screen is perched atop the dash, it’s not touch sensitive which can throw you a little at first, but you control it using the dark arts haptic feedback pad that’s just below the central armrest. 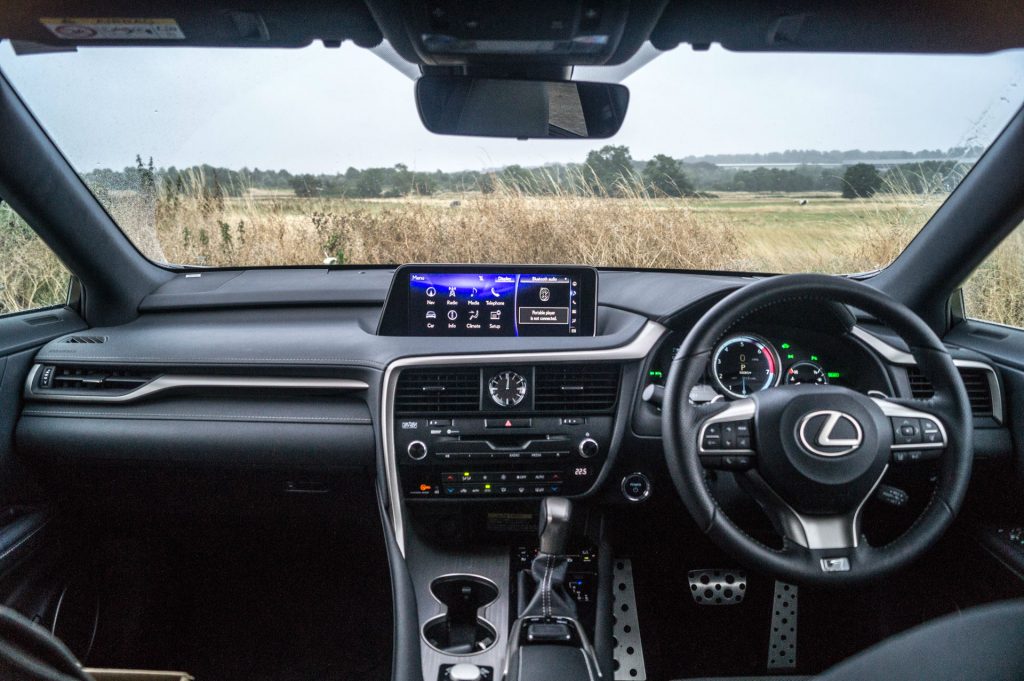 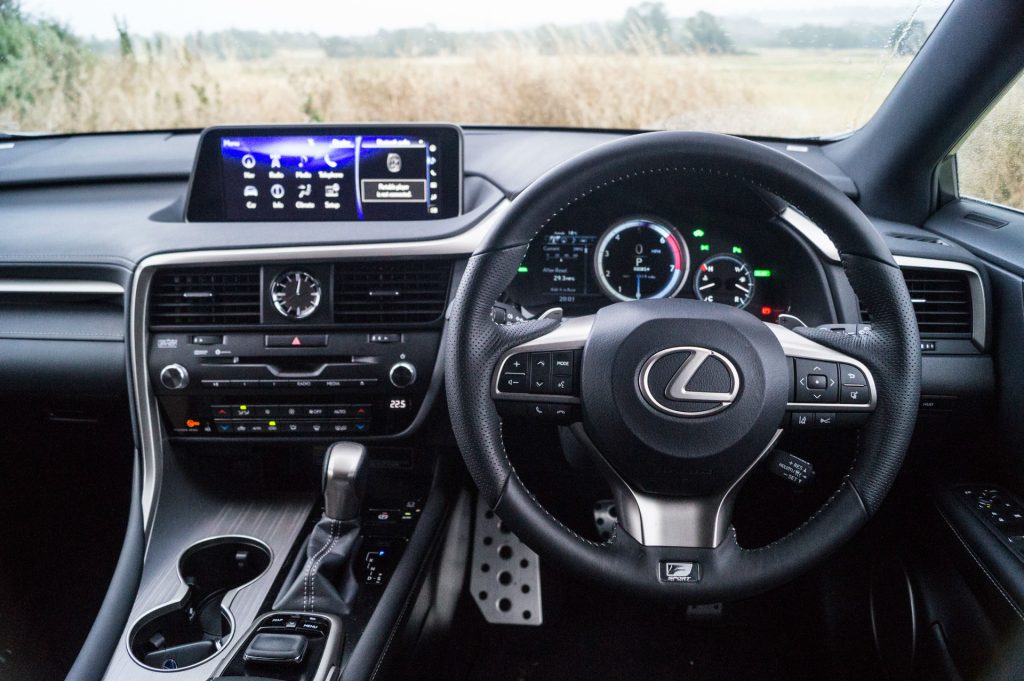 Door pockets open for easy stowage, but the small space for a mobile phone beneath where your elbow sits would struggle to fit any of the modern day devices, as it’s just a smidge too small.

The priciest option – £4,500 – was the Premier Pack. Consisting of the pano roof, head up display, all manner of safety systems, a heated steering wheel, around view monitor, card style key and the 15 speaker Mark Levinson stereo system. It adds a few nice creature comforts, but the Mark Levinson stereo really isn’t much to write home about. 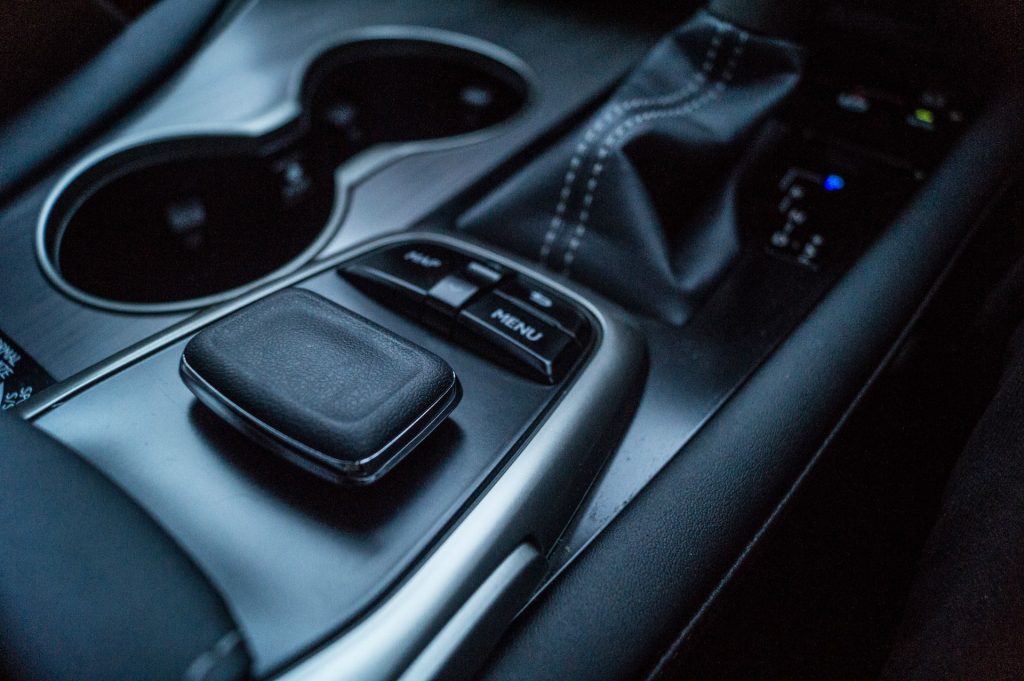 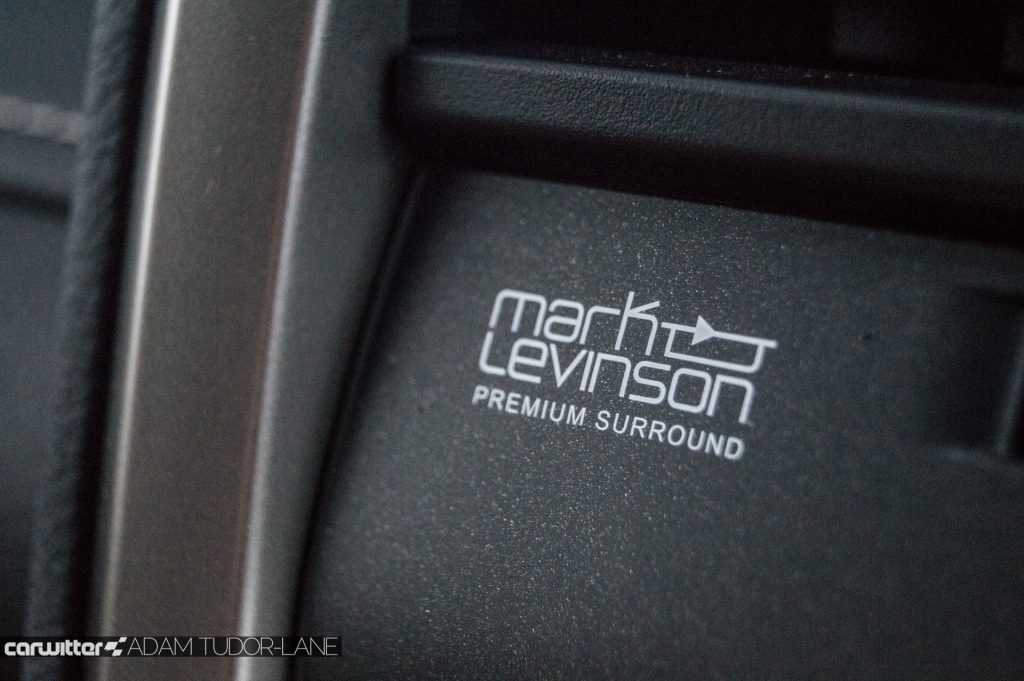 Comparing it to the Bowers & Wilkins setup in the latest range of Volvo’s, there’s simply no comparison. There’s limited adjustment to be made, you just get a simple EQ. The Lexus infotainment also couldn’t pause, skip track via Bluetooth with our Pioneer DAP, something the majority of others cars we test can do with ease.

The system seems to get a great acclaim in reviews…I didn’t get that vibe from it at all.

There’s acres of legroom in the rear, easily enough for three adults if and when needed, boot space measure in at 453 litres. You can also slide the rear seats forward or back and tilt them for a more reclined journey. 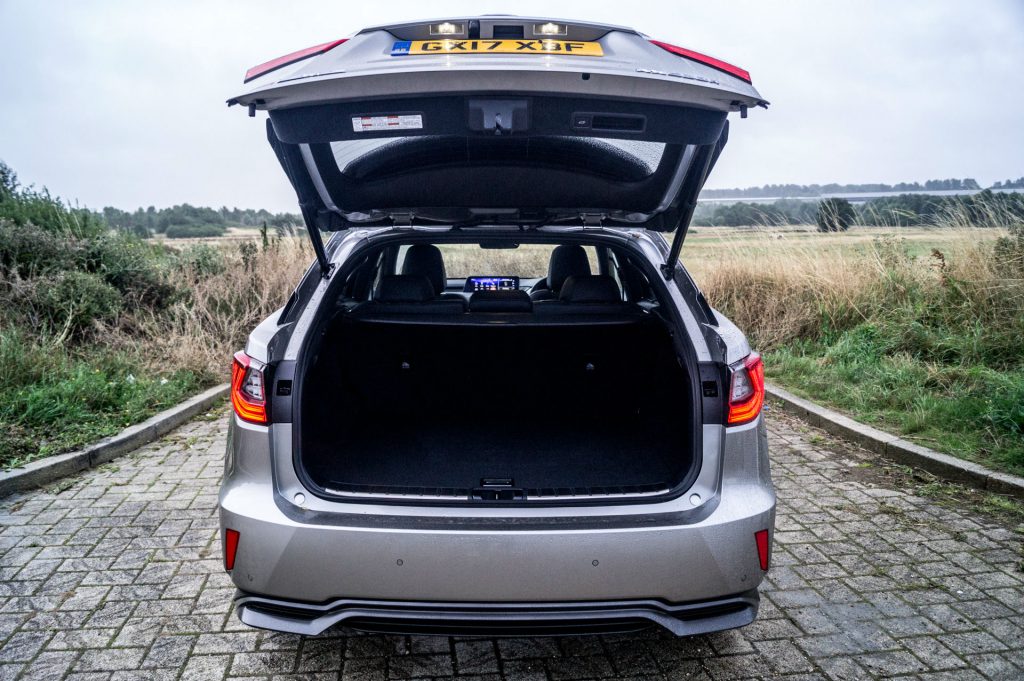 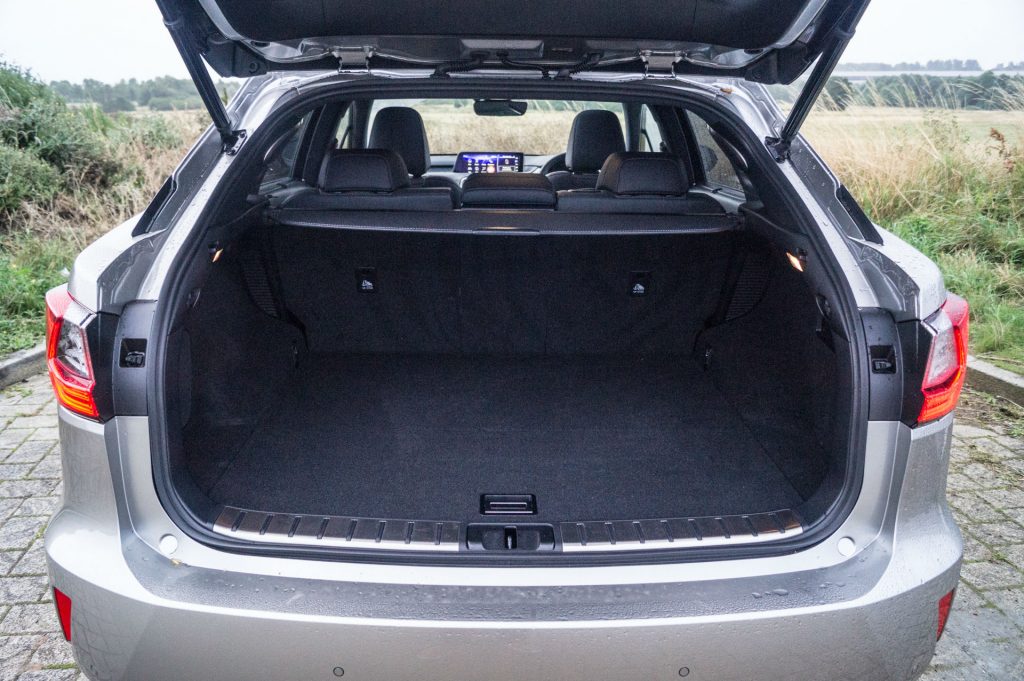 Whilst I was blown away with the luxury interior at this price point, the low miles per gallon could be an issue. It’s a big old beast, this is probably why the older 2.0 litre petrol only lump was dropped from sale, but in reality the MPG figure would have likely been the same.

Ideally opt for the Luxury trim level, this gives you the larger infotainment, bigger wheels and powered boot. This will set you back £51,645. 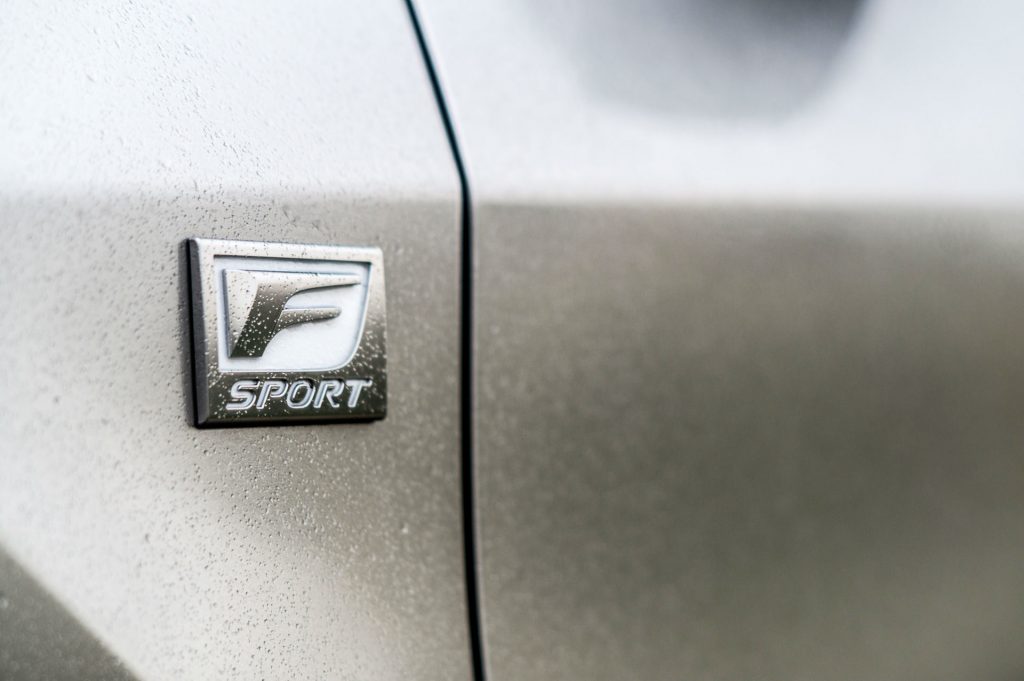 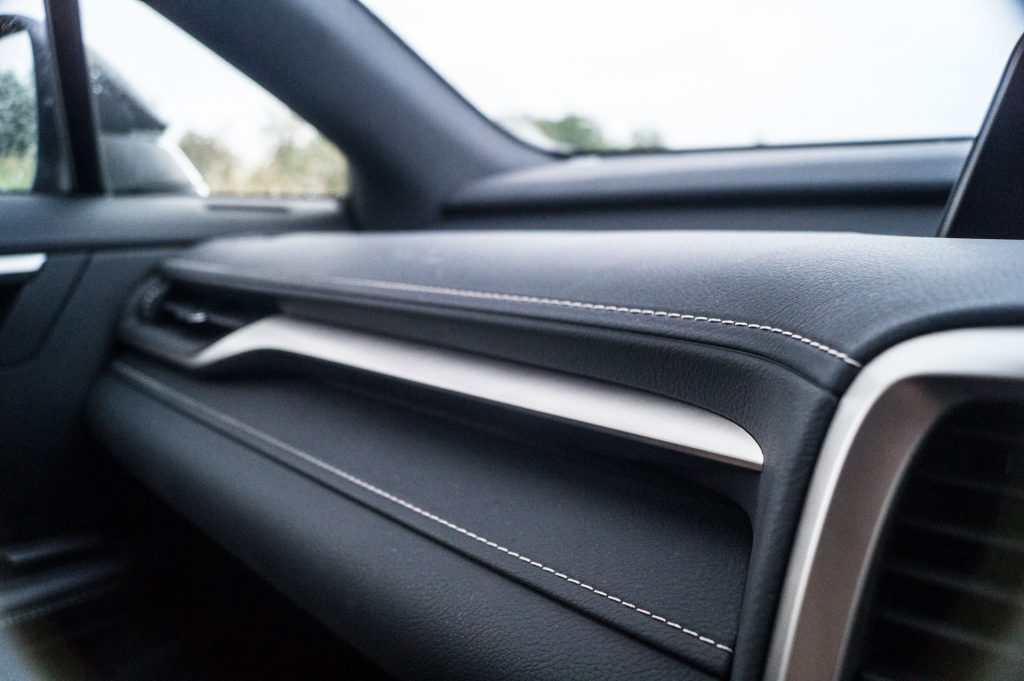 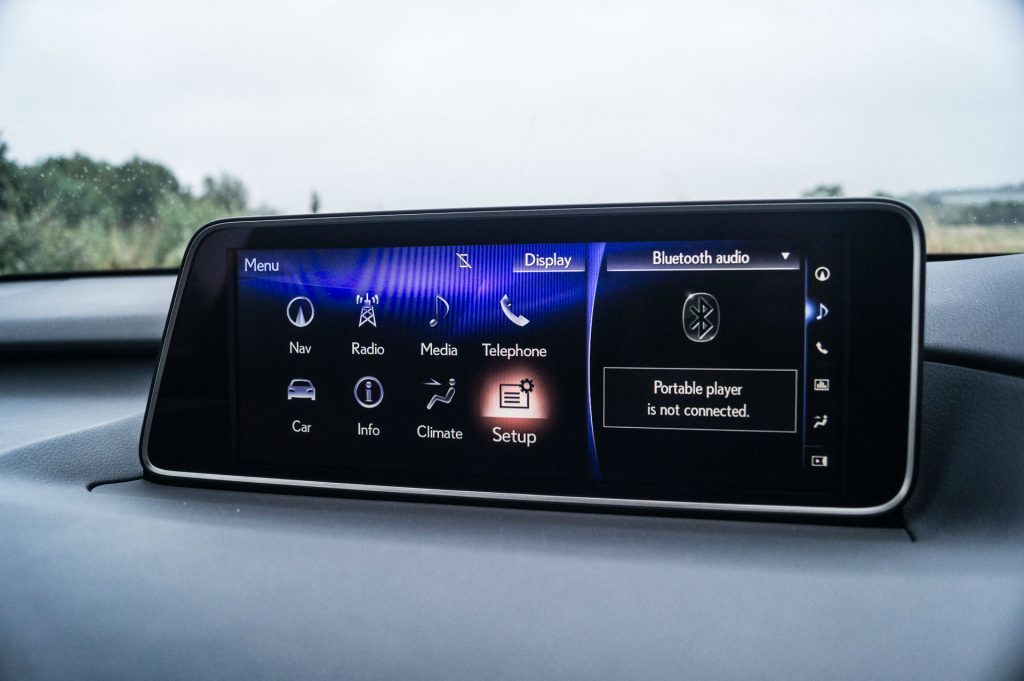 5 Tips For Choosing A Personalised Plate