Audi has announced the new A5 Cabriolet which completes the new A5 line-up after the Coupe and Sportback were announced a few weeks back.

The Audi A5 Cabriolet takes majority of the styling from the Coupe and Sportback models, the only difference is that the rear window is flatter. It also measures 47 millimetres longer than the previous version. 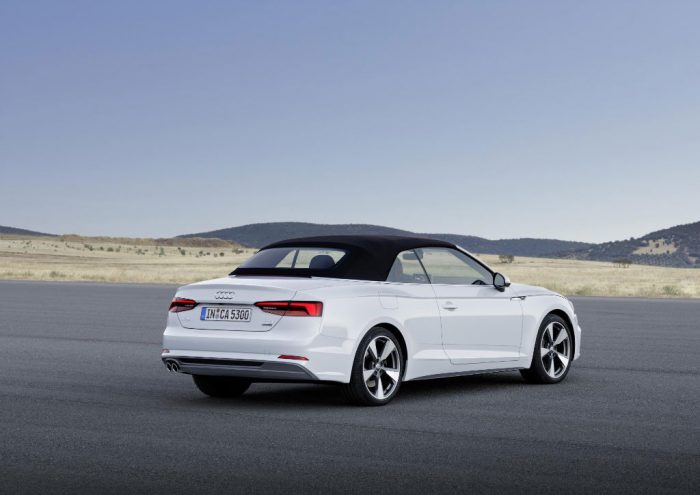 The new roof gets a one-touch opening function which can be operated up to 31mph. It opens in 15 seconds and closes in 18 seconds.

Audi have also made the cabin more refined when the roof is up. 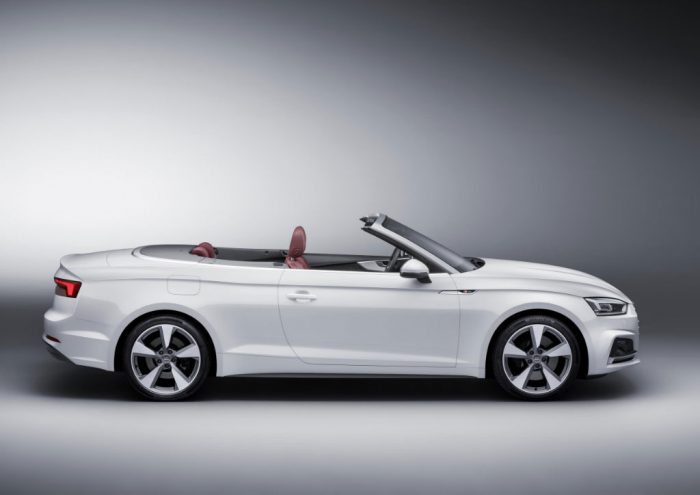 The chassis of the new A5 Cabriolet is the stiffest but yet the lightest in its segment. Overall weight of the has been reduced by up to 40kg.

The combination of bigger dimensions, extended wheelbase and more compact seats have increased space in the cabin.

With the boot closed there’s a capacity of 380 litres. The boot on the A5 Cabriolet now opens automatically which comes as standard. 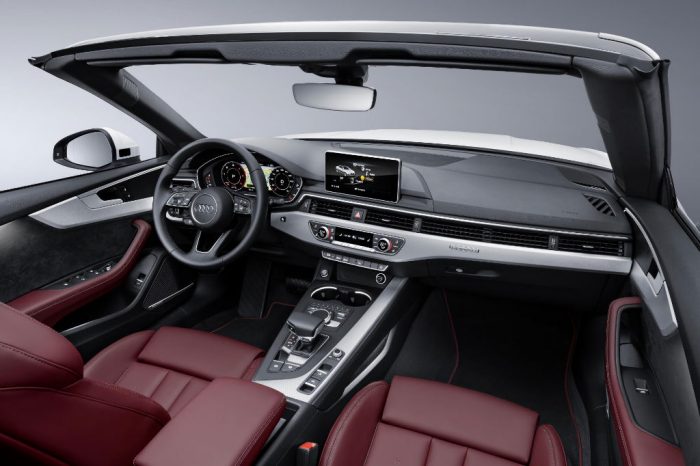 Other standard in-car tech includes an 8.3-inch monitor with MMI, DVD drive, 10 GB flash memory, iOS and Android support and seat belts that have microphones for the driver and front passenger to help voice quality with the roof open.

Transmission choice will be either a 6 speed manual, 6 speed S Tronic or a 8 speed tiptronic. As standard the A5 Cabriolet will be FWD. Quattro is available as an option but will be standard with 3.0 TDI engine. 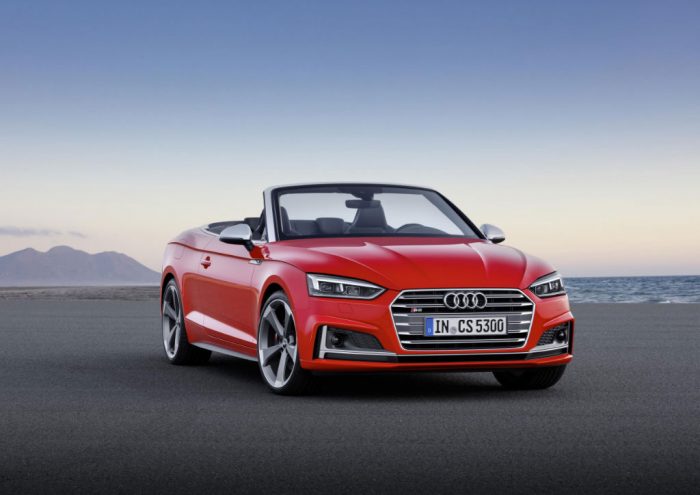 The Audi S5 Cabriolet will come with a tweeted 3.0 TFSI engine which produces 354PS. 0 to 62mph is done in 5.1 seconds and the top speed is electronically limited to 155mph. It will come with Quattro and 8 speed tiptronic as standard.

Audi say the new A5 Cabriolet will be available in the UK this December.