The 2016 Porsche 911 is upon us prior to it’s Frankfurt in the metal introduction and the big news is by and large under the surface.

The 991.2 mid life update for the current architecture sees it adopt many visual influences from it’s big bad 918 brother including four point LED inserts in the main spherical lights, more stylised three dimensional light architecture at the rear and vertical strakes atop the engine lid.

Exhausts mounted more centrally a la more recent speedster and sport classic models also feature. The update is minimal, sufficient and not visually unappealing. The new lighting especially will give the 991 a heightened curb side appeal at night. 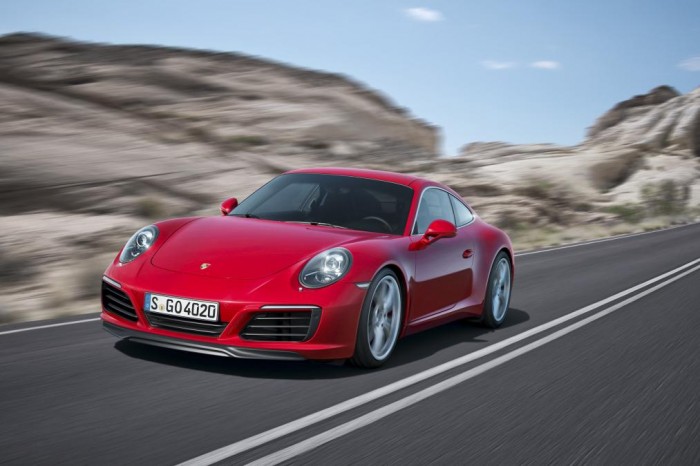 Under the skin however, as mentioned, is where history is made. The days of the naturally aspirated Carrera are well and truly over given the introduction of this update with the 3.4 and 3.8 litre atmospheric flat sixes being usurped by 3.0 litre twin turbo units in two states of tune. 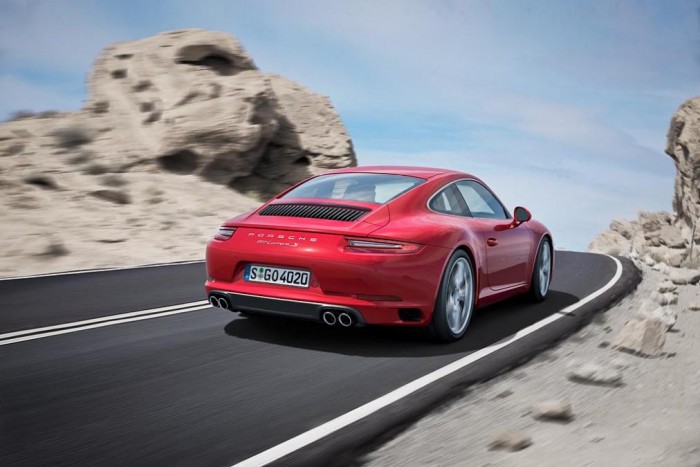 How far the nature of the way the 911 drives will have changed remains to be seen, although the nervous mutters of enthusiasts with fond memories of screaming free breathing Carreras are hard to ignore. Time will tell if Porsche have managed to preserve some of the old Carrera magic amid the gust of forced induction.

With a figure boost comes the associated increase in performance: 0-62 is completed in 4.2 seconds for C2 and 3.9 seconds for C2S. For dumbfounding reference, the S can now go toe to toe with the seminal Carrera GT for those first 62 mph, but past 191 it’s out of ideas. Mighty fast for a non “GT” or, er, “Turbo” model, though. The standard Carrera is out of puff at 183mph. 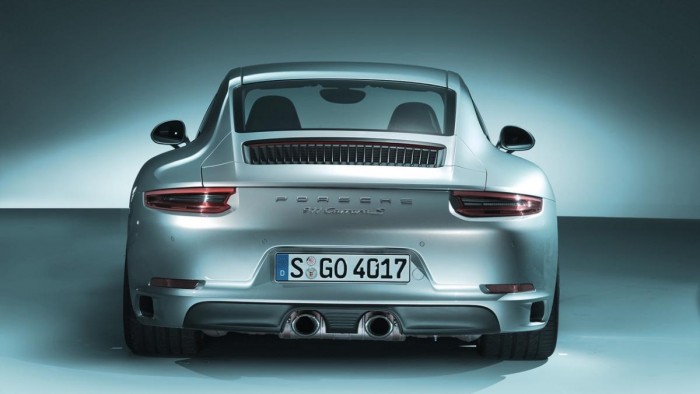 Four wheel steering, previously the reserve of the Turbo, GT3 and 918 models is now standard fit from base as well as Porsche Active Suspension Management.

On the inside the evolution continues with the tech being brought up to rivals standards. A multi touch capable touch screen is available with an Apple Carplay UI flavour. Two 918 style wheels have made an appearance too, with the GT 360mm item featuring a Ferrari Manettino style switch for the four drive modes. 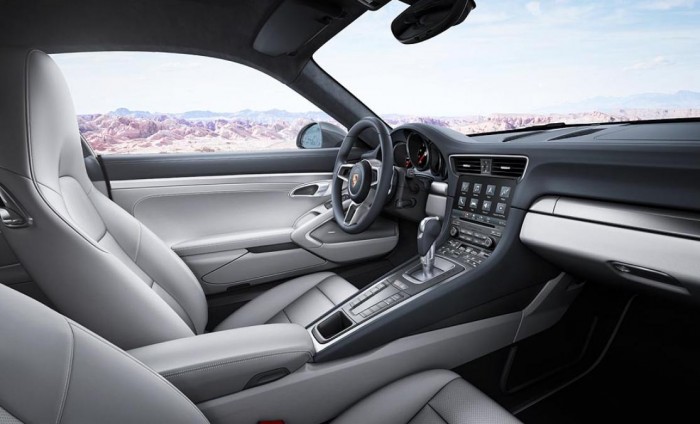 No doubt, the new 911 has acquired sufficient muscle to bump chests with the likes of the Mercedes AMG-GT, but whether the subjective 911 magic of which the screaming N/A engines were a totem remains is to be ascertained.