When you think of the Honda Jazz you think old people. Geriatric drivers with no special awareness veering across the road. These are the usual suspects when it comes to Jazz drivers. 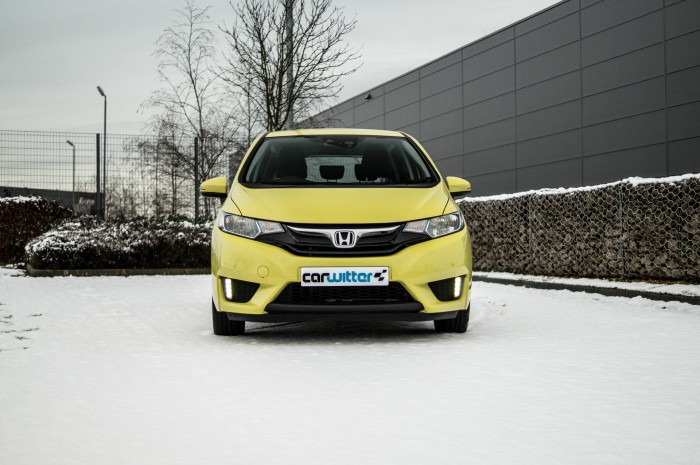 Now I know everyone isn’t going to be a fan of the phlegm green/Attract Yellow, but I rather warmed to it. It definitely stands out from the crowd, and lots of people look at it…probably not in a good way, but still.

Honda have made the new Jazz all futuristic in appearance, looking very much like the recently culled Insight it has had the new family face grafted onto it.
Head on it looks rather sporty with its large lower grilles and LED daytime running lights. 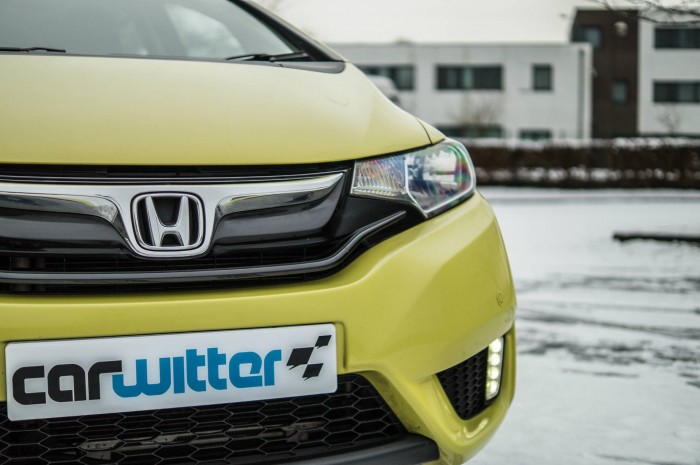 From the side you can very much see it’s a Jazz with its small MPV stature. Whilst at the back there are again some ‘grilles’ lower down and the huge one piece boot sits nice and flush with the rear bumper.

It looks good! Modern, updated and fresh in appearance. 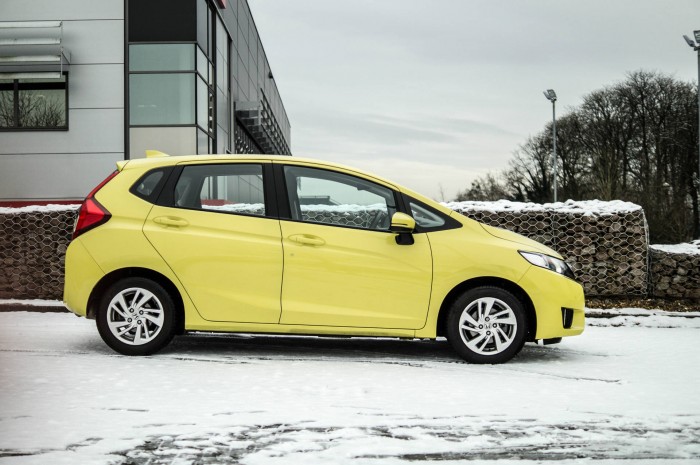 So seeing as the more experience of this world tend to choose the Jazz as their motoring weapon of choice we really didn’t hold out much hope that the drive was going to be any good. Wrong.

The little 1.3 i-VTEC is very nippy indeed. It likes to be revved, in fact you can rev it all the way to 6000 RPM and it still pulls. Actually that is where the max power sits at 6k, max torque is fractionally lower at 5k but still, this thing likes its engine to be used fully.

Around town it really is all the power most people will need. It picks up quick enough and gathers pace well if you use the full rev range. 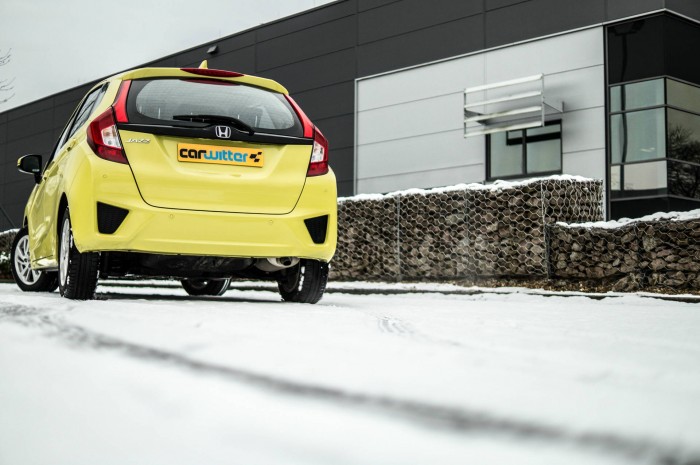 Handling is decent too. You can throw the Jazz around rather abusively and it still sticks to its guns. There isn’t an obscene amount of body roll, and overall the whole car just feels very light.

Ride over bumps and potholes is well composed, you get a dull thud and a bit of cabin shake but that is much more preferable to jelly like handling.

When you need to come to a stop the brakes are also impressive, you get a lot of initial bite from even a small touch of the pedal. 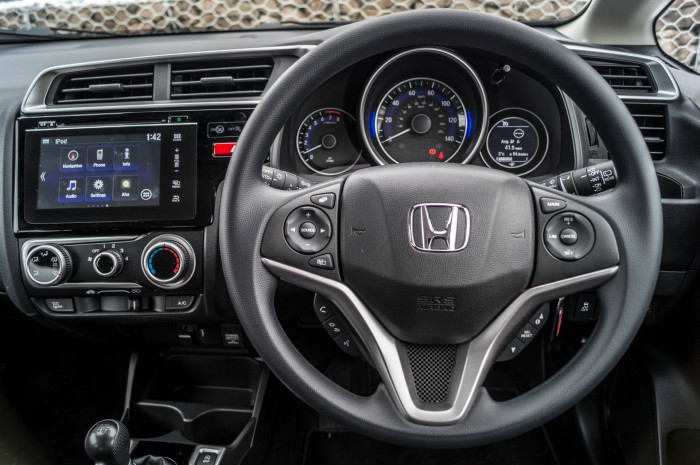 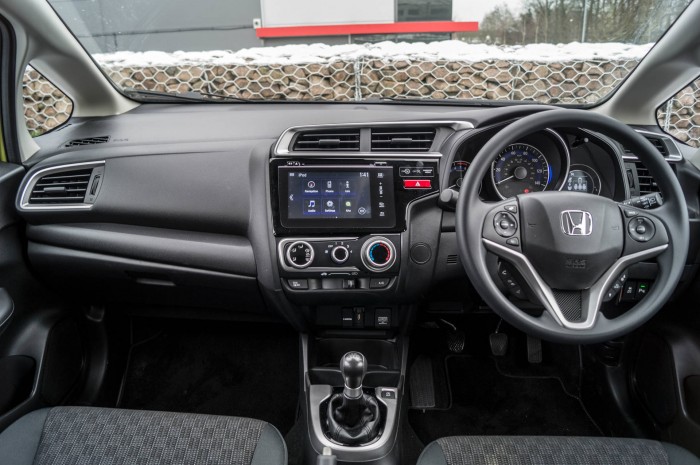 Once inside the lime green machine the dash is nicely laid out, one large infotainment screen is used instead of the multitude of disjointed displays found in the Civic.

Dash plastics are hard to the touch and a little scratchy, but this isn’t an injustice as it just feels like it can take a beating and will ultimately stand the test of time.

You sit a little high in the Jazz and the seats aren’t the most supportive. They just seem a bit too flat all over, you sit on them, rather than in them.

The centrally located heating controls are huge, but easy to use and all the switches make a nice solid click, again – it will last a lifetime and a half. 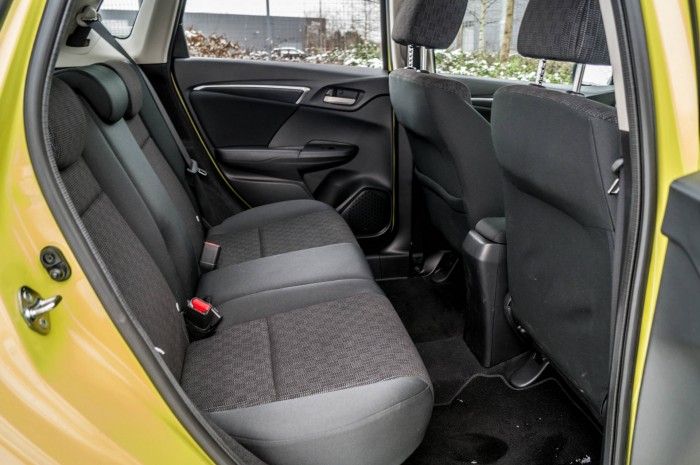 One thing that really surprised us though was the amount of legroom in the back. With an average sized driver up front an adult can sit behind and have a ton of legroom. It really is Tardis like.

Honda have also outfitted this new Jazz with their ‘magic seats’ that are found in the Civic. They fold down with a pull of a lever to make a completely flat load space from the boot. But the seat bases also pull up and lock into place giving you a cavernous load space behind the front seats.

All this is possible due to relocating the fuel tank to under the front seats a la Civic. Clever.

At the back the boot can eat up 354 litres, with the seats down this extends to 1314 litres. To put this in perspective a Ford Focus can only muster 316 litres. 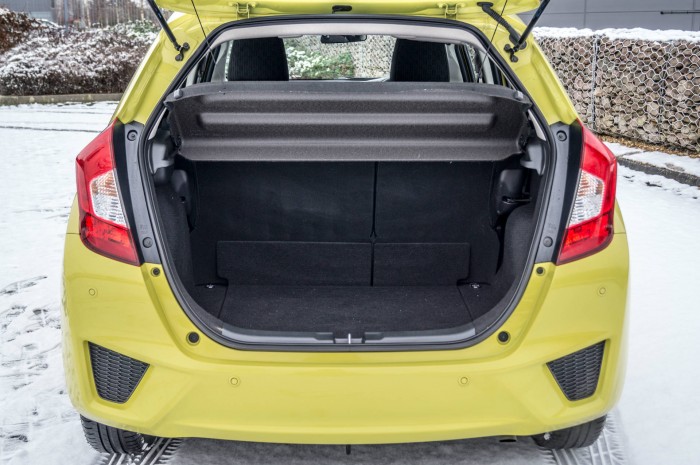 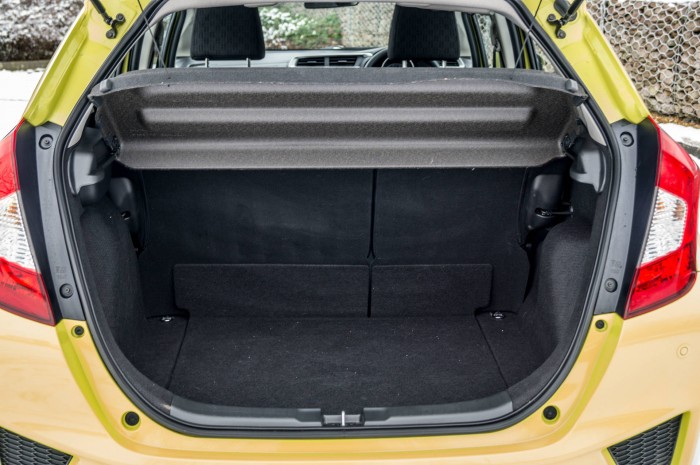 So the looks are sorted, the drive is great and the interior is practical beyond belief. This isn’t an old fogey cruiser at all. This is a second family car, the type you can take on the school run, take around town to do the shopping, load it up with rubbish for the tip. 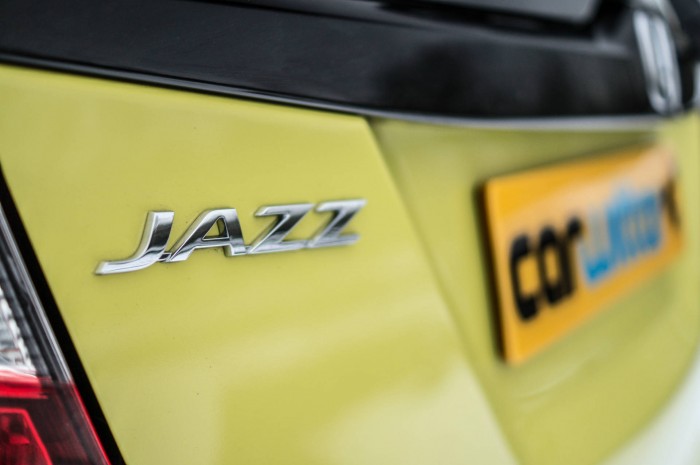 Starting at £13,495 it’s also really well priced. For that money elsewhere you are looking at middle of the range Ford Fiesta. That certainly doesn’t have the practicality of a Jazz.

As a second family car we would also be inclined to say just stick with the bog standard S spec. It’s really generously equipped and the only real thing you miss out on from the SE is the large touch screen, alloys and parking sensors. Completely non-essential for a load lugger. 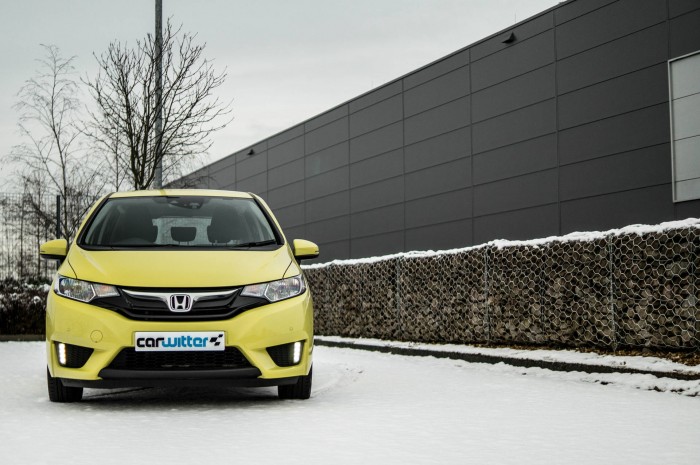 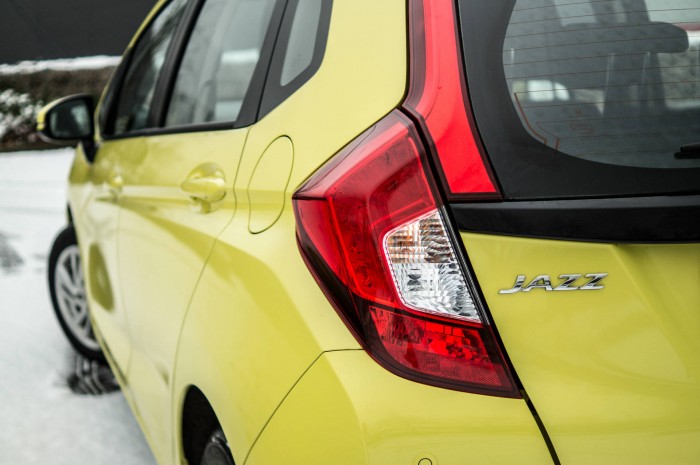 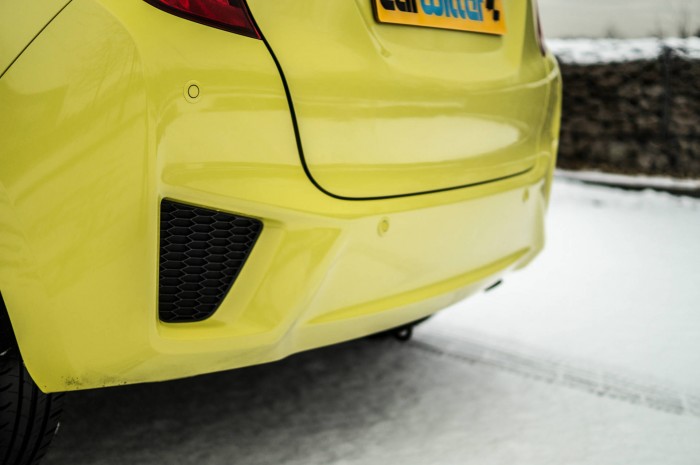 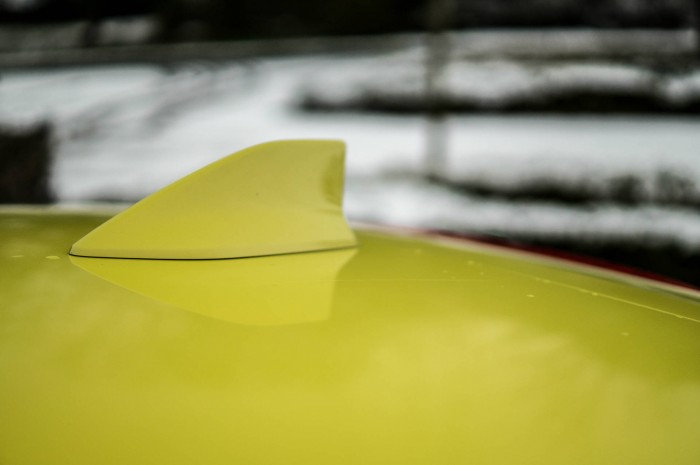 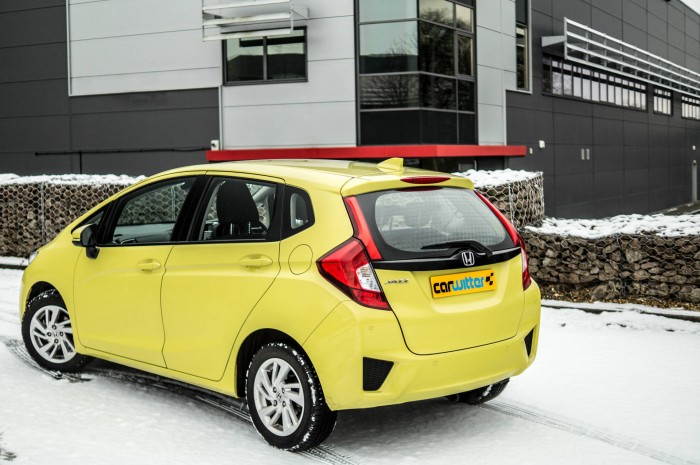