When Ford unveiled its 1.0 litre EcoBoost engine I was rather sceptical. A lump that can fit within the footprint of an A4 piece of paper, yet produces 123 BHP and a maximum of 200 NM of torque…hmm longevity questionable!

Finally we managed to get our hands on the latest Focus model fitted with the minuscule engine. 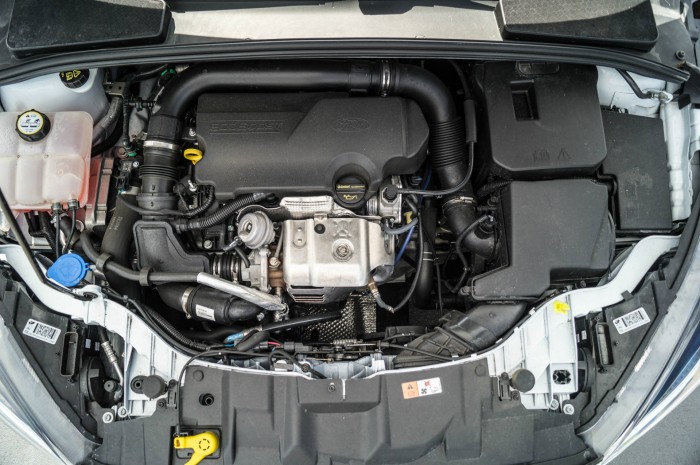 Looks wise the Focus is pretty inoffensive, it has ballooned since its original incarnation and this latest facelift makes it start to look more Kia at the front end.

Middle of the road Zetec trim gives you some nice extras such as 16 inch alloys, heated windscreen/mirrors, front fogs , dark headlights etc but it comes at nearly a 5 grand premium over the entry level Studio with the 1.6 petrol unit. 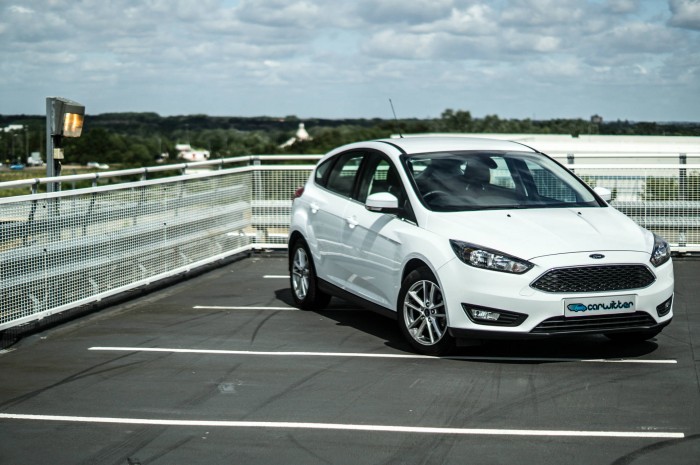 After hearing all the praise and awards this engine has won I was ready to be blown away. In fact I have driven it in the Fiesta and was suitably impressed with its nimble, warm hatch abilities. But in the Focus…not so much.

Setting off from cold and you get to around 3000 revs in first gear and then the power just bogs down and you get a lurch forward before the little Ecoboost seems to realise that you want to use more of the engine and picks back up.

Change up into second and hit the same revs, once again a slowdown before it gets itself sorted out. 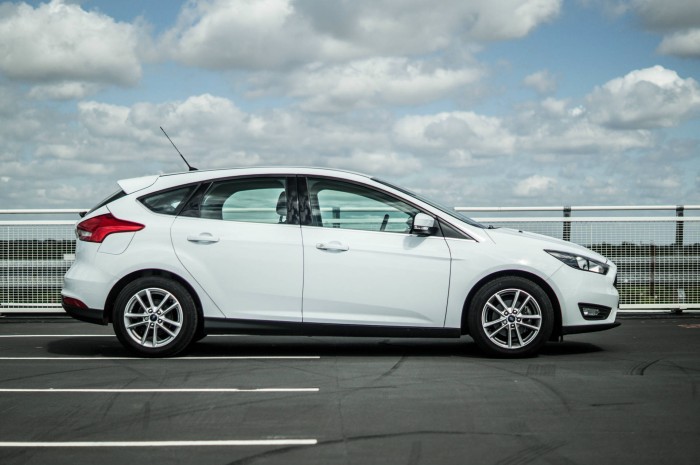 The clutch is probably THE lightest I have ever used on any car. It makes it so difficult to drive this thing smoothly. The biting point seems to be in the smallest zone possible and anything below or above that has no effect what so ever.

Once the Focus is warmed up and you are getting up to normal speeds the three cylinder unit does pull pretty well. You can overtake safely, and it keeps pace nicely, even with its 0-62 time of 11 seconds. 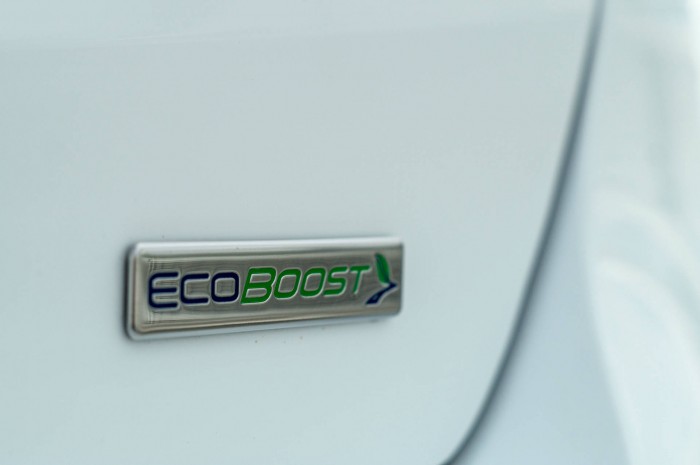 Next is the steering. Again, it is so ludicrously light that even the smallest of movements create an instant reaction. Perfect in a small and nimble hot hatch, not in a rather large family car.

The steering rack is so quick that you find yourself over turning for corners and having to straighten up or putting some opposite lock in to avoid hitting the kerb. It also makes for a very skittish ride.

Im sure it is something you would get used to, and it would be great for around town…but to me it’s just too sensitive and lightweight. It also gives way to huge amounts of body roll, if you had to change direction quickly on a dual carriageway the Focus ends up wobbling across lanes like jelly before the traction control has to step in for a split second to sort things out. Not nice. 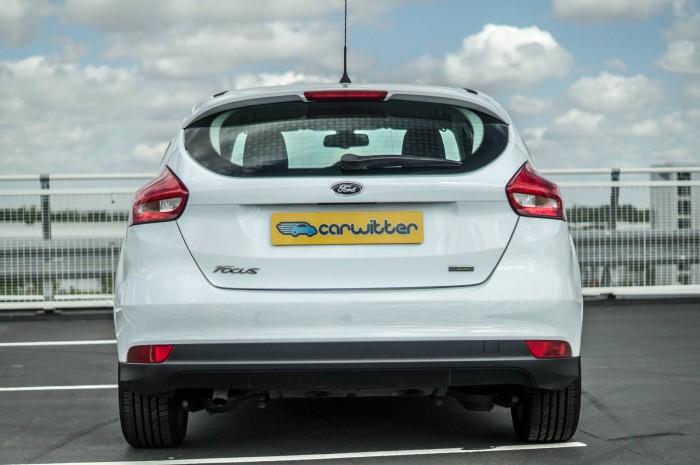 Braking is very much like the clutch. It’s all or nothing, being as gentle as you like at low speeds even gives jolty results. The first quarter of the brake pedal does pretty much nothing. Hit anywhere past that and you get full, emergency stop braking. 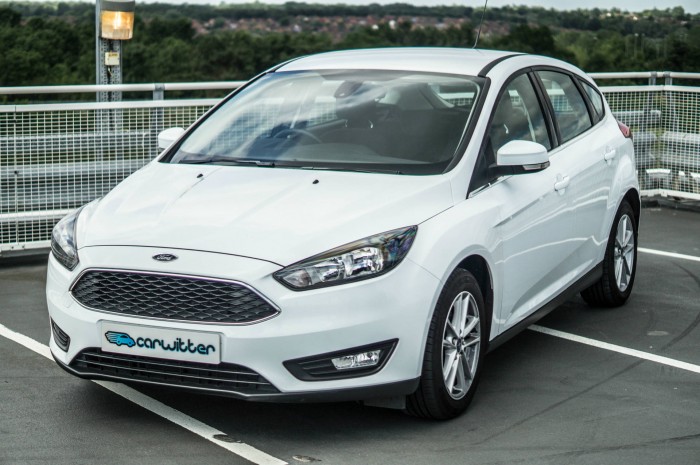 All the controls in the Focus seem to be digital rather than analogue. Either On or Off, no in-between.

Over 200 odd miles we still hadn’t adjusted to how light and hyper sensitive everything was. As said previously I’m sure you would get used to it as an owner, but it just wasn’t a pleasant driving experience for us in the slightest. 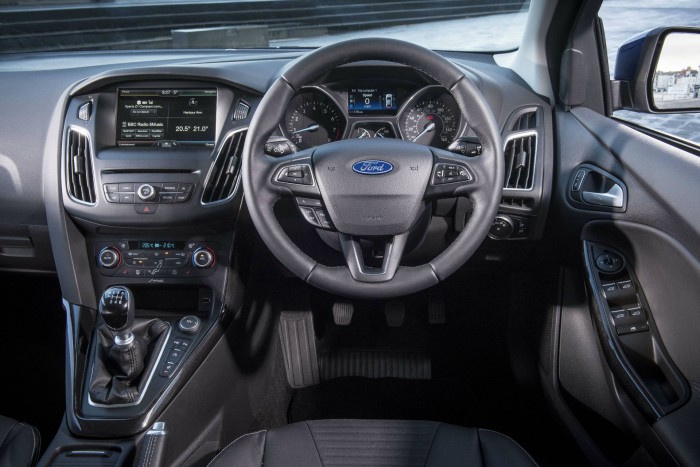 Inside the Focus you get a rather easy on the eye centre console. The switches and plastic feel of a decent quality, but up top on the dashboard the soft touch plastic looks worse than it feels which is a shame. 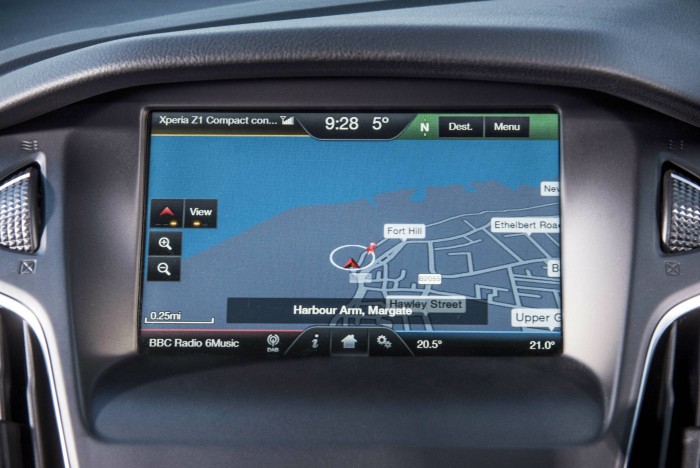 Our test car was fitted with the upgraded SYNC2 DAB navigation system, at £500 it’s a no brainer as it smartens up the interior a lot and gives it a more modern, functional feel.

All the touch screen options are easy to use and customise, it’s a nice size and is one of the better systems we have used. 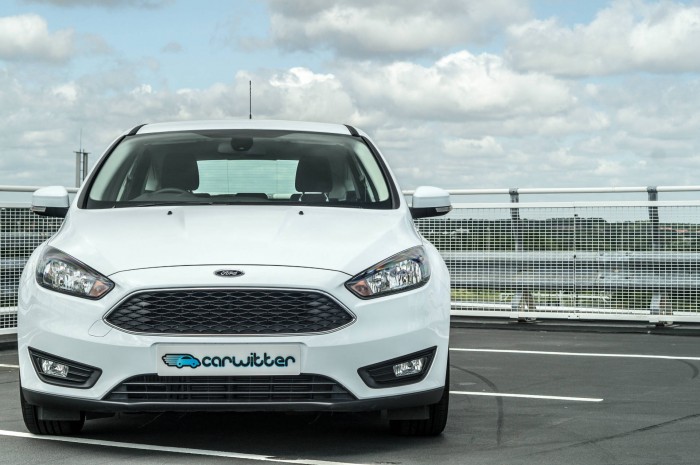 I have always had my doubts about the longevity and reliability of a three cylinder 1.0 litre engine. I mean…can you really see that being trouble free and happy to 100k+ miles.

Granted most people wont ever keep their car that long so don’t care, but you have to think about the long term when reviewing such a car.

Over 200 miles around town and a few longer A road stints we only managed 36 MPG. To me that says it all. Ford claims the Urban rating of the 1.0 litre Ecoboost is 49.6.

To get this car to go anywhere with a half decent pace you have to work it. This isn’t a free revving engine, it wants you to stay under 3,000.

To us it makes total sense to go with the Mazda 3. Interior quality is better, the dashboard is nicer. It has a well set up chassis, the controls are nicely weighted and you will get far better MPG from the 2.0 litre as it isn’t being strained constantly.

SE-L Nav trim level starts at £19,395, I urge you to go and test drive a Mazda 3 before even thinking about going to a Ford dealership. 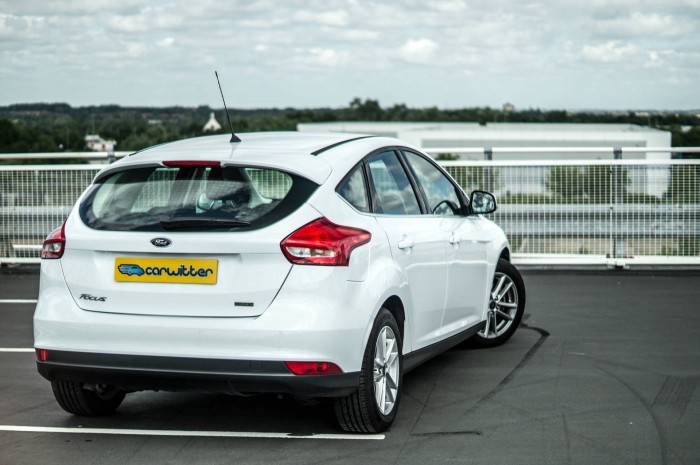 © – All text & images Copyright of carwitter.com (except internals)

An Ariel Atom, A 500 Abarth and a Soaked Brands Hatch