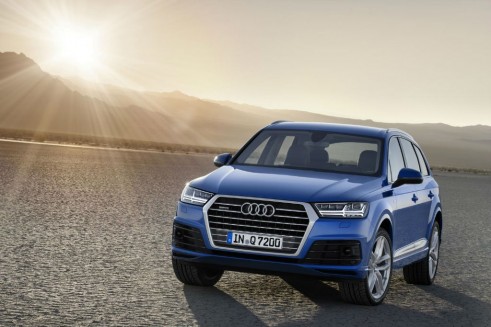 The new Q7 has had quite a difficult and public birth. Prototypes have been doing the rounds for the past couple of years whilst conflict inside the Audi household as to how the new SUV should look has adorned the headlines. 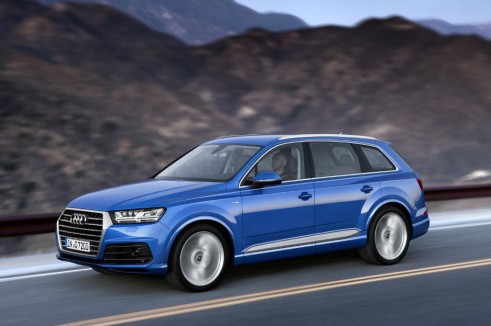 So what of the results? As ever with these initial first images a sense of perspective is impossible. One can’t make a proper judgement until its proportions and lines are subject to scrutiny in the flesh, but it appears to be a bit bi polar in its aesthetic composition.

In some ways, say, its proportions, and its basic profile, Audi have been quite conservative; likely eager to preserve the Q7s now prolific fan club. In others, namely that brace face and the aggressive lights, its quite brash.

I know for a fact one or two faithful Q7 customers are going to be scared off as that blissfully self confident ostentatious demeanour appears to have been replaced with something that doesn’t look quite so sure of itself. 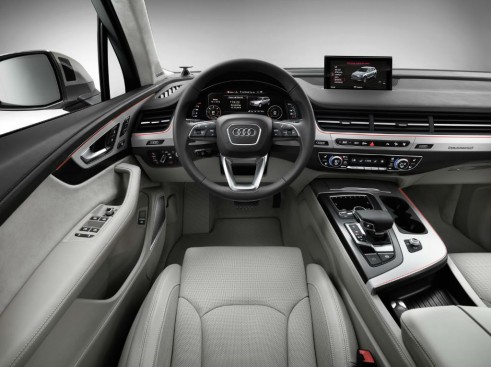 On the inside the overhaul is largely a success. Though a bit more road car than truck in design, it remains beautifully finished and pleasing to behold. That lovely digital instrument binnacle is nice to see, too. 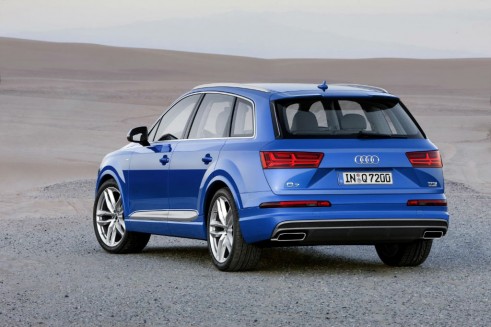 Under the skin the Q7 is to be an altogether more serious proposition. MLB Evo architecture amongst other things is said to have aided a massive 360 kilo loss in weight. Powertrains should carry over with some revisions and expect to see electric turbos soon as well as an E-Tron Hybrid later next year.

For now we wait for its debut at Geneva next year alongside the new RS3 and the eagerly anticipated second generation R8.