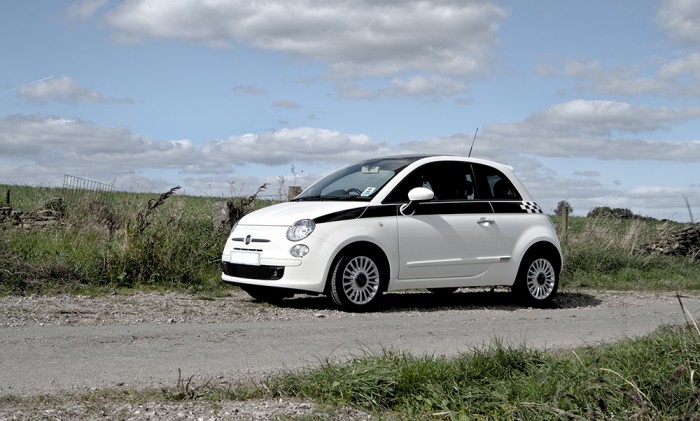 After reading Adam and Mike’s posts explaining why they love their cars, I immediately wanted to do the same.

My car isn’t rare, it’s not fast and it’s one of thousands of Fiat 500s in the UK but I want to explain why I love it.

I came across my first car at the second dealership I visited when I was searching.

As soon as I arrived, I walked straight past a white Fiat 500 and over to a yellow 500 sport on a 08 plate. I didn’t care about the age I just wanted a yellow car! I soon found out that it was a 1.4 so more to insure and tax. Off the list.

I remember feeling a bit flat as I thought I hit a brick wall again but then began to noticed this white 500.

As it was slightly dirty and without a price tag, I thought it belonged to someone in the dealership and wasn’t for sale. Turned out it was for sale and it only came in as a part exchange the day before.

Naively I asked the price and the salesmen came back with £9300! What?! Is it brand new?!

I went on a test drive and that was it. The car needed a bit of fuel so I was passenger for a short time but in that short time I was falling.

Test drive only lasted 10 or so minutes. Back in the dealership, negotiations began. About an hour later I left with a deposit on the car! I had to wait a week because I choose to have a black-checkered stripe fitted down the sides.

My car is a 1.2 Sport so it’s fully kitted out like a Lounge trim but comes with slightly tinted rear windows and a rear spoiler.

Unusual for a sport, it has a sunroof (which is sadly fixed) and I find this separates my car from other 500 Sports. I’m still yet to see another car that looks exactly like mine.

Another unique aspect is that my car has dark brown half leather. There’s very few Sports that have this colour leather as the rest seem to be black. 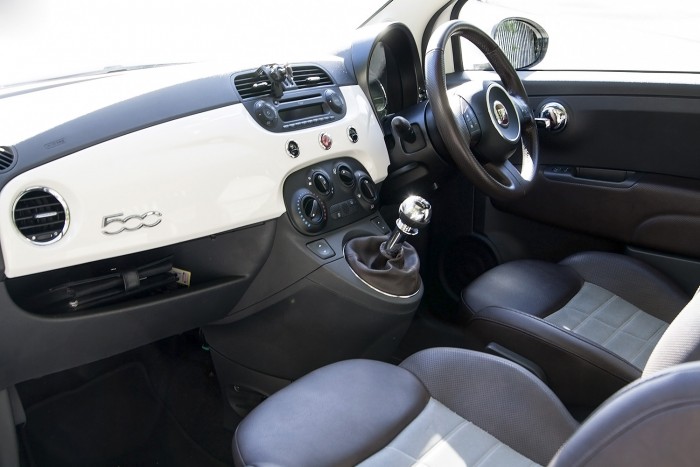 My ownership experience has been mainly positive. It’s a quirky little car to own that’s for sure.

One of the major pluses of this car is running costs.

Tax is only £30 and it’s one of the cheapest (if I can say that) cars for me to insure. Fuel economy is around low to mid 40s. Doesn’t sound too great but I do live in Sheffield and the car hates the hills. On motorways I can easily do 55mpg and I think 60mpg+ is capable if I’m gentle enough.

I stand by saying that the Fiat 500’s interior is probably the best to look at in small car terms. Nothing dreary about it and I like the almost simplistic layout.

Need I say about the looks on the outside? Such a looker.

I also like how if I rev it slightly, the exhaust makes a little gurgling-growling noise. Totally unexpected knowing it’s just a 1.2 but it does sound decent!

The cons are that the suspension is firm, really firm!

The boot that looks big isn’t actually big due to the slanting rear end which only makes the bottom half usable.

Blue&Me, which is found on most Fiats, Alfas and Chryslers, hardly ever understands me, even when I shout leaning towards the mic.

Also the buttons on the steering wheel don’t like to work all the time, especially the phone button and I’ve had cases when I’ve accidentally left a message because I’ve been unable to hang up in time!

But with these flaws, I forgive the car and put it down to a “personality”.

In the three years I’ve owned it, I’ve had no major issues until recently. The car has been through its third MOT and I’ve had to replace 2 year old(!) Brembo pads and both rear shock absorbers had gone. I’ve also had a new radiator fitted due to a coolant leak.

I thought with that it was over but then a few weeks after I started getting a clicking/clunking noise which turned out to be the gearbox.

This was replaced and then an O2 sensor went and during all this, I was noticing the clutch was slipping more and more! That’s been replaced along with the O2 sensor and fitted with zero charges, even for labour which I’m so grateful for. Easily saved me £300, at least.

In addition, there are a few common problems that can occur and the ones I’ve experience have been:

I’ve got a constant problem which is my boot only opens when I press the boot unlock button on my key. The boot handle contacts are known to either get filled up with dirt or simply corrode. I will eventually replace the entire chrome boot handle but I’m managing with using my key.

The rear wiper for a time didn’t work. The wiring loom is fragile and it’s only a matter of time until I need the wiring sorting.

Other minor issues I’ve had is the outside temperature not working properly and was showing much higher than it was.

With all these negatives I still love this car, even with my recent bout of money spent on it to get it fixed.

Do I plan to change anything?

Yes and the one and only thing is bigger alloys! I’m wanting the bigger multispokes that I’ve already got so the increase will only be 1 inch but I’m sure 16″ wheels will finish my car off nicely. I’m hoping to get this done this year.

I’m planning to keep the car all my life.

I’m really hoping its financially and practically possible as I really don’t want to let go of this car!

With the recent number of parts needing replacing, it’s made me quite worried about its future and how expensive it’s going to be for me but even with that I just cannot contemplate having another car. Additional car(s) yes, another car – no way. 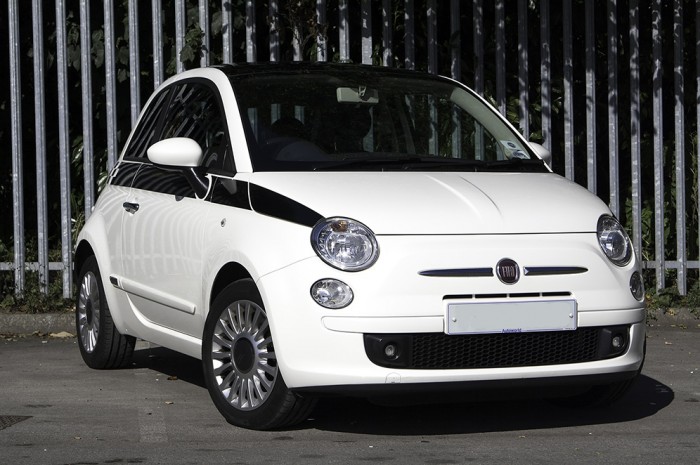 Aston Martin: Surely. Time is up for these ageing Beauty Queens?