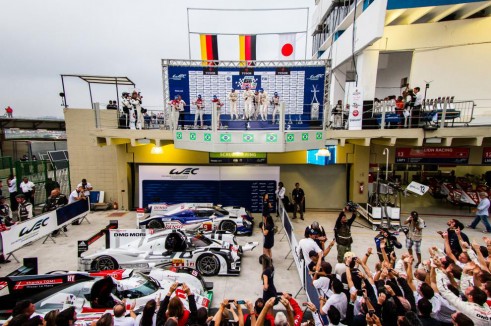 Webber, running sixth toward the end of the race, lost control of the #20 919 and slammed into the outside start-finish straight wall, effectively splitting the car in half.

The former Red Bull racer was lucky to survive the humongous crash and was able to talk to his team over the radio but spent two nights in hospital as a precaution. 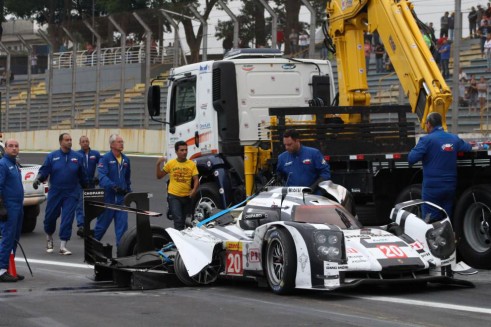 There were still 26 minutes on the clock when Webber backed into the all, but the time taken  to remove the remains of his car and the AF Corse of Matteo Cressoni meant there was no chance of a restart.

That meant the #14 cruised across the line to take the 919’s first ever victory.

Jani had pushed to a lead of nearly 15 seconds when the yellow flags came out over the chasing pack lead by Anthony Davidson in the #8 Toyota TS040. 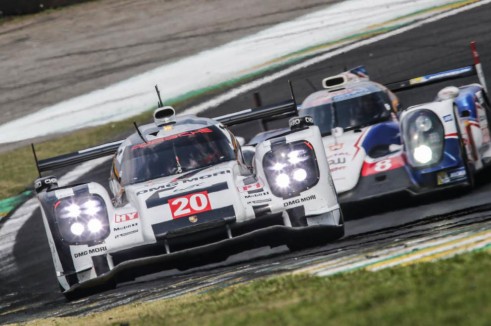 Webber’s crash ended hopes of a spectacular season finish after Jani had opted not to take tyres in the last hour while the #14 put on fresh rubber.

World Champion Davidson had brought the gap down from 17 seconds in the car he shared with fellow champion Sebastien Buemi when the yellows flew.

Behind them retiring Le Mans legend Tom Kristensen finished his long career on the podium after a battle with the Toyota #7. 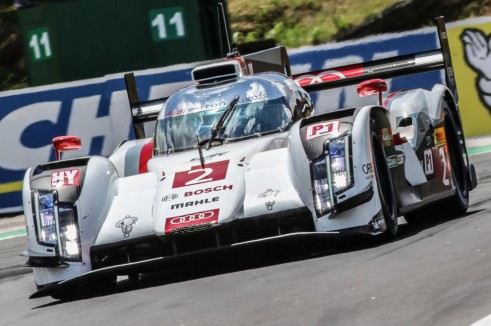 Kristensen had come under pressure in the car he shared with Lucas Di Grassi and Loic Duval from the TS040 in the hands of Stephane Sarizzan.

Despite the efforts of the Frenchman Kristensen had extended their lead back to three seconds when the safety car intervened.

Behind them Le Mans winners Benoit Treluyer, Andre Lotterer and Marcel Fassler, lost more than 40s on the opening lap after an electrical glitch that followed a hit from an LMP2 car. 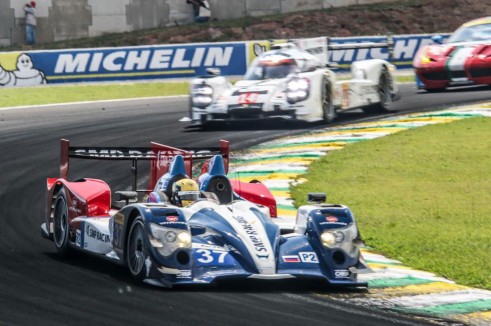 They crossed the line 18 laps clear of the SMP-Oreca shared by Sergey Zlobin, Nicolas Minassian and Maurizio Mediani.

But the finish was enough to secure the Russian the title after the competing G-Drive Ligier crashed out in the second hour when Olivier Pla suffered a mechanical problem at the first corner. 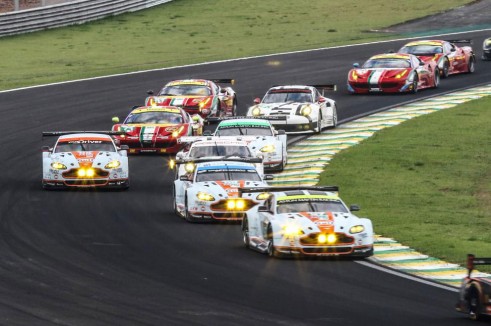 In the GTE ranks Aston Martin duo Stefan Mucke and Darren Turner took Pro honours from the Porsche of Patrick Pilet and Frederic Makowiecki, taking advantage of the caution period to avoid a final splash of fuel.

Aston took another one-two in GTE Am. Pedro Lamy, Christoffer Nygaard and Paul Dalla Lana gaining revenge for their defeat at the hands of Nicki Thiim, Kristian Poulsen and David Heinemeier Hansson in the sister car. The #95 having been delayed by a stop-go penalty and a puncture. 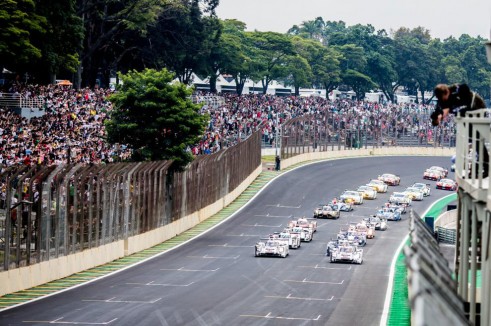 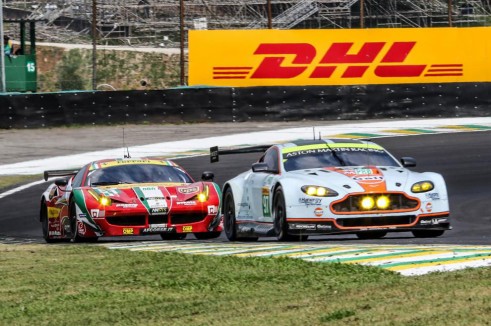 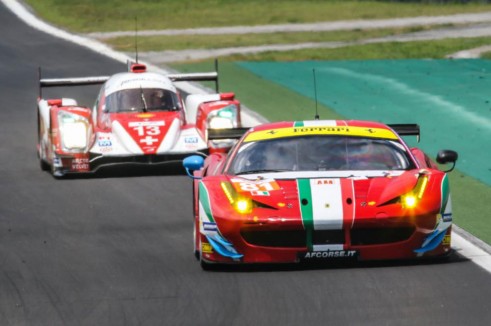 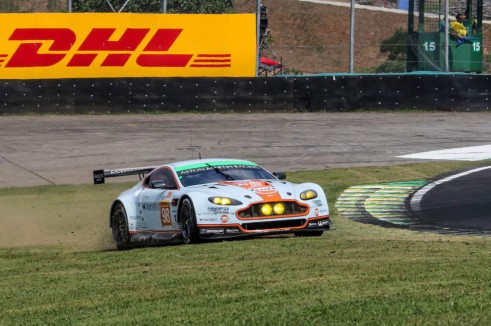 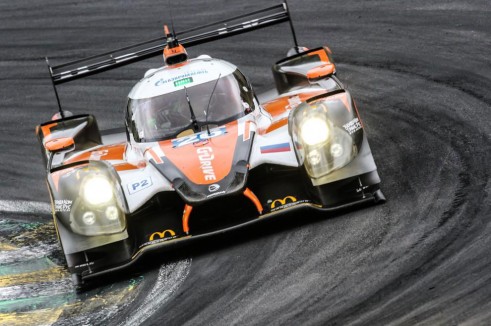 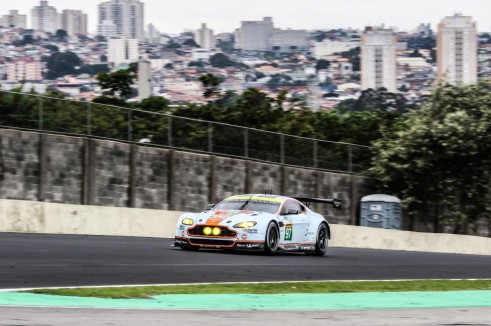 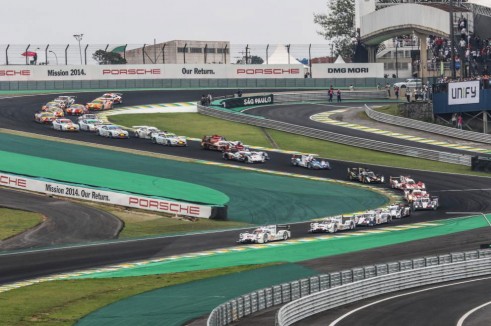 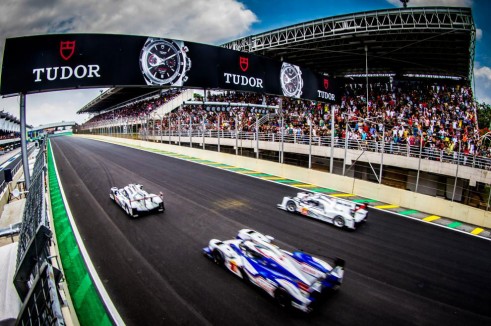 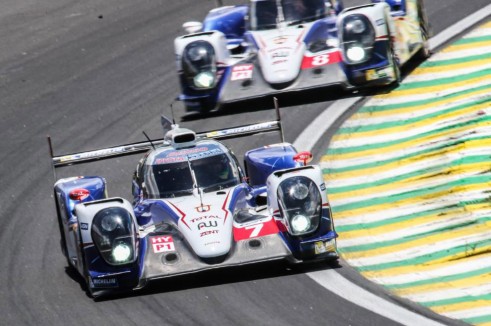