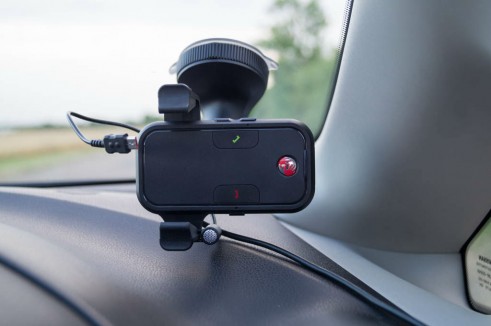 With more and more smartphones becoming uber powerful you can often throw away that sat nav that sits unloved in the glovebox, couple that with actually being able to make calls, dictate a text message or even have our superb Twitter updates read out loud to you, your humble phone can become pretty distracting in the car.

Tom Tom aim to remove all that hassle with its rather clever Smartphone Hands Free Car Kit, to be fair accessories like this should be as much a necessity as car insurance in our opinion! 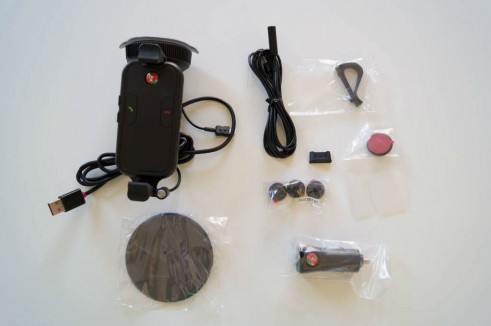 It’s a car dock that can be used horizontally or vertically, with any Android smart phone (as long as you have a micro USB connection for charging). 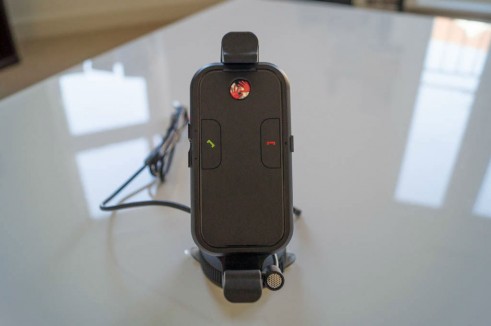 The dock has five buttons on it, these deal with volume and making calls. You connect the phone via Bluetooth, but with no screen all the menus are spoken.

You don’t even have to put your phone in the dock if you don’t want to, the built in buttons allow you to accept or decline calls whilst the phone is in your pocket, all the audio still works flawlessly via Bluetooth.

If you wish to secure your phone to the dock the adjustable clamps hold it in place nice and securely, this then allows you to use the phone as a sat nav whilst topping up its charge; meaning you don’t end up with a lifeless phone at the end of your journey!

A detachable microphone can be placed closer to you with the included extension cable if you require a more permanent setup, we left it fixed to the dock and had no trouble making calls whilst in the car. 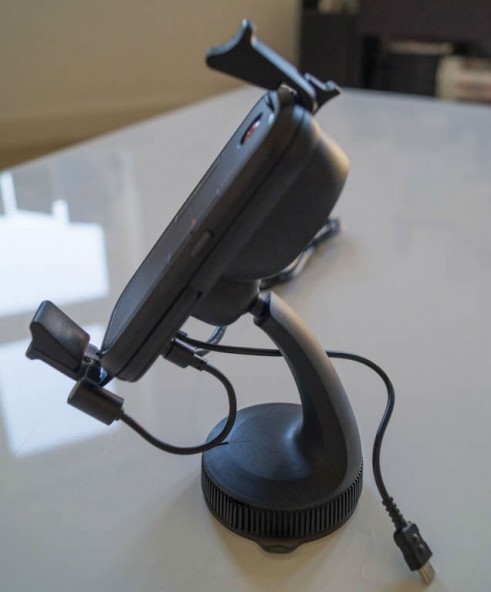 Well, the majority of cars on the road today don’t have such luxuries as sat nav or built in hands free. The Tom Tom car kit gives even our 90’s Peugeot 106 the ability to be brought right up to date.

It also makes the phone less of a distraction when driving, being able to take an important call at the press of a button is ideal. 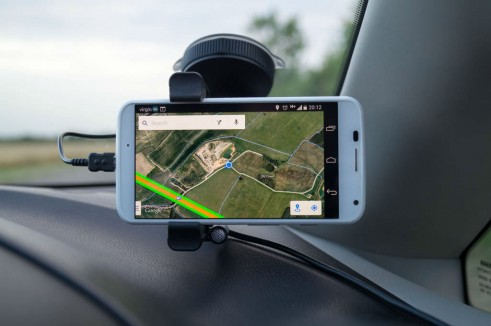 Very, very good! The 2 watt speaker is loud and clear, instructions can easily be heard over the loudest of music. Build quality is extremely high and the dock really feels solid, it doesn’t shake, move or wobble, even when testing cars on the roughest of terrains.

A nice feature is that you can set up more than one phone with the dock, meaning it is truly universal. If you buy a micro USB to Lightning adapter it will even work with iPhone’s as well as Android models.

The only bugbear we had with the dock was the length of that USB cable, unlike previous docks we have used this cable is actually built into the unit so it can’t be swapped out for a longer one. This means that you can sometimes struggle plugging it in, depending where your charging socket is located in the car. We ended up using a USB extension lead in some cases. 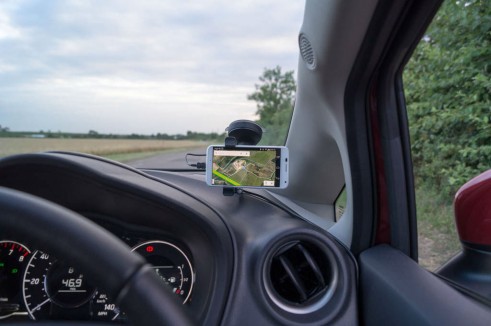 You can purchase one direct from Tom Tom but there are some great deals to be had if you search around! 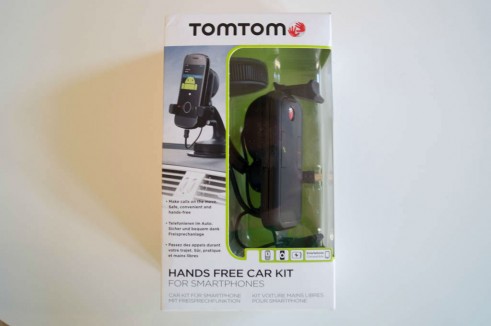 AMG GT- Its Role In An Ever Crowding Marketplace