The Rise of the Hyper Hatch

When did it all get so serious? 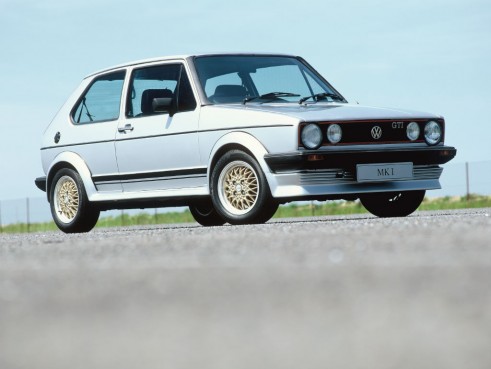 Flash back to 1977 and you could saunter down to your local Volkswagen dealership – of which there were a less than the imperial 200 in the UK at the time – drop £5000 on an ecstatic salesman’s desk and scrabble off the forecourt in a 120 bhp sub tonne pocket rocket, that if you were lucky you could drag kicking and screaming to just shy of 130 on a downhill section of those new fangled motorways.

So here we are, rapidly approaching 40 years after the spiritual introduction of the hot hatch and where do we stand? 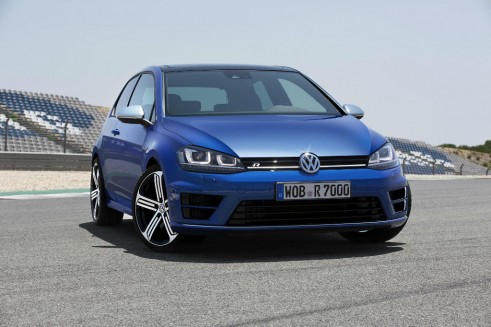 Todays hottest Golf will cost you £31,000 at minimum for the 300 BHP torque vectoring leather and carbon clad four wheel drifting techno powerhouse. Tomorrows will be packing all of the above, some more expensive gizards and 400 bhp. 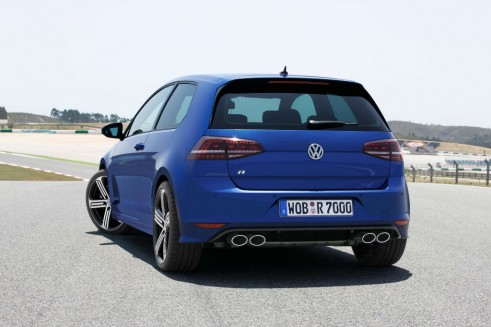 What on earth happened? 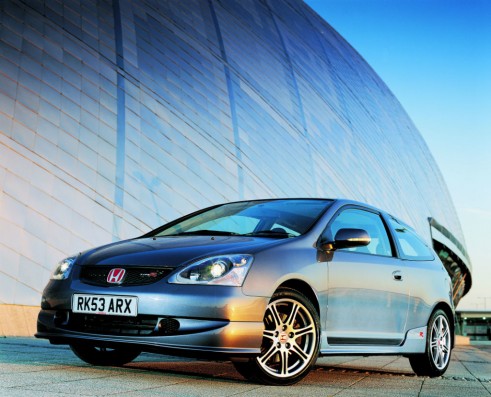 I’ll attempt to answer that shortly. For now lets explore other hot hatch icons that are receiving some serious steroid injections soon. Civic Type R – a key cornerstone to the naughties hot hatch renaissance, can trace its roots back to the rabid but restrainable EK9. Still sub 200 bhp at this point but miles away from the 120 or so of ’77’s GTi.

Tomorrows Civic Type R is projected to pack no less than 320 bhp, VTEC Turbo and a hunger for a Nurburgring record that certain fast Nissan products of the not too distant yesteryear would wear with pride. 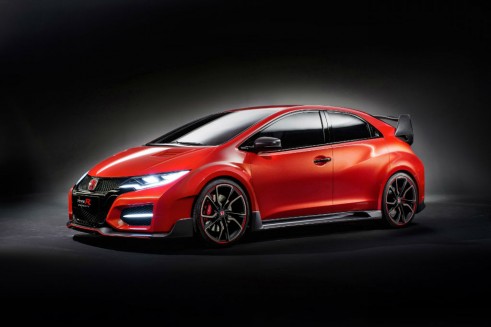 Renaults Clio Williams of the mid nineties was not too distantly succeeded by the ridiculous V6 Clios that reigned with 230 bhp churning out to the rears from behind the driver.

The manic 300 bhp Focus RS is one crackers hatch that came as no surprise. Ford has a sterling track record of lunatic B Road rippers but the RS is of the same breed as the other hell raisers.

The bigger boys have joined the party and all. BMW has had a six cylinder in the front of the 1 Series hatch for nearly ten years now.

Most recently AMG has sprinkled some of its genius on the new A Class hatch. Something it couldn’t really do with its rather less generic forbears but the new one wears a more mainstream hatch silhouette. So naturally AMG will let yours wear an extensive bodykit, a tuned haldex four wheel drive system and 345 BHP to pump through it.

On the face of it then the hot hatchback has rather lost its sense of humour, hasn’t it. 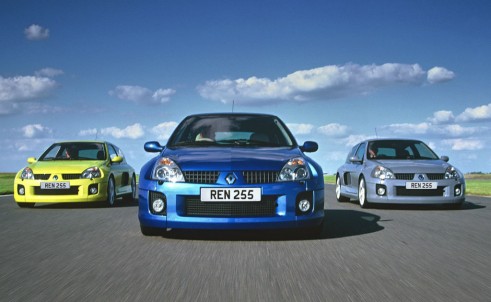 When you look at it from that point of view everything gets a bit depressing but further contemplation of the ‘hot hatch’ as it is today is needed.

The hot hatchback like any automotive entity worth its salt thats been around for the requisite time has evolved. There are now different rungs to the ladder.

Today the Golf sits at a much more premium vastly more capable end of market that has exploded since the days of the old timer mark 1. There are appearing as time goes on, ever higher rungs to the ladder. 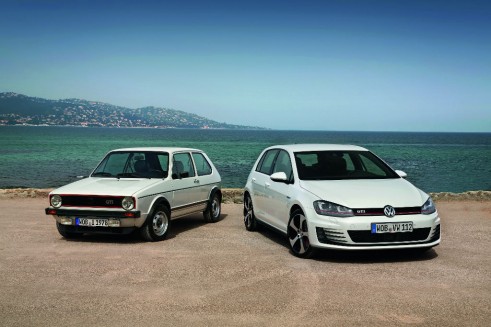 Rather mundane everyday objects worked on to such a degree of dynamic finesse that they can perform in ways that the Volkswagen of the 70’s would never see coming.

As much as possible its nice to avoid coining new expressions for niches. It feels a bit corny and false but for the purposes of defining what these things are now capable of I will refer to them in terms familiar in other rather more exotic automotive avenues.

These are the best of the best performing in leagues that other bygone so called contemporaries couldn’t hold a candle to. 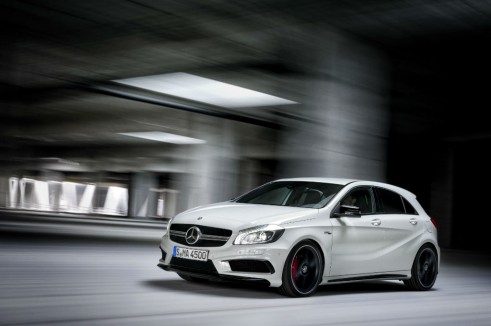 Their roots are interesting to trace and they are in every sense here to stay for the foreseeable future. The popularity expansion for the breed although growing massively bloated since the 90s, doesn’t seem to be showing any signs of letting up. Us being the greedy consumers that we are are ever keen to see and buy what lunacy they can pull with the household names we know and trust.

I mentioned earlier the technological prowess of the current Golf R under the skin in terms of how it handles its power, puts it to ground and hustles what is quite a heft at speeds that many of the best supercars would get slithery at.

But this kind of dynamic capability isn’t something that we’re not used to, is it?

Rather, something the Japanese have been feeding us wrapped in plastic and fins for the best part of 25 years.

Dissect generic clever differentials that you find across the.. *wretch* hyper hatch.. board nowadays- amongst other power distribution/management methods -mechanical electronic or otherwise- and you will find their lineage best traced back to those old B Road ripping Samurai warriors Impreza WRX STi and Mitsubishi Evolution.

What was V-Dub doing at the time of the Japanese invasion? 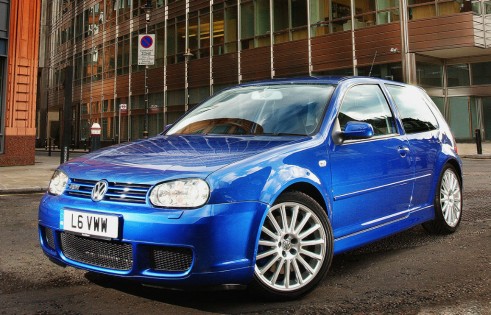 At the Max Power peak of the early 2000’s the Mk4 Golf range was headed by their first R badged machine and is arguably the more contextually precise ancestry to todays R, but was a rather soggy bloated (but nowadays iconic) lump.

It wouldn’t have seen which way the Scooby or Evo went.

When the latter begins to price the former out of its own emerging segment, drastic change becomes necessary. So came a slow evolution through V6 to four pot power to the expensively sprung milimetrically effective turbo tech fest adorning the showrooms of the peoples car maker today.

Combine those advances with automotive electronic advances in general and you have the makings of a performance explosion in any sector of the market you care to point them at. 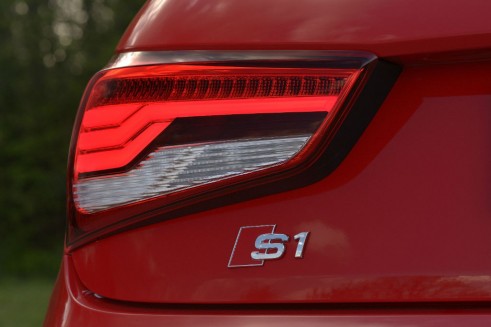 Traction systems that can manage slides as opposed to cutting all power and spearing you off. Clever gubins previously the reserve of only the most iconic JDM heros of the late 90s.

ECU and EMS refinement that release hundreds of horses previously unheardof and unlocking levels of efficiency once shackled by primitive software.

Technology, demand for an ever faster machine and the passage of time have allowed the fun, nippy, small spritely car to evolve into the tarmac munching monsters that you can lay down a quarter of a mortgage on today.

The hot hatch is now a far more diverse entity than it has been in years gone by. Naturally the market has diluted and dispersed. The Polo has received the GTi treatment along with other cars in its size segment puffing up their chests too. It’s these that I think are kindred spirits of the original GTi. Fiesta ST, 208 GTi, RenaultSport Clio and the like. Those that hold that maxim of fun with higher regard to out and out lap times. A bit of movement underneath you as opposed to industrial levels of grip- inhospitable in the real world.

The Golf indeed started it all, but in its current iteration couldn’t be further from its humblest of roots. Those roots aren’t however, lost in and wasted on the niche that they fostered.

As for these so called hyper hatches? Its a game of oneupmanship for now. So its fair to say they’re here to stay and the small fast car continues to ever diversify. 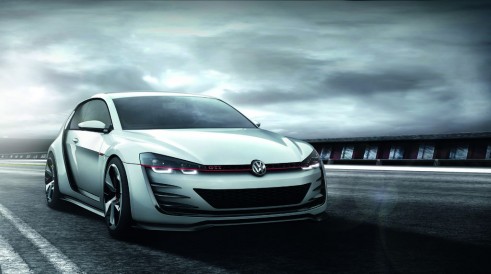