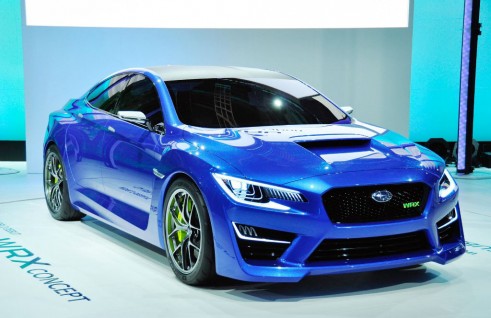 Subaru will make Frankfurt 2013 the European debut for its stunning WRX Concept.

Subaru gave this statement regarding the current WRX:

The old model is now sold out and the decision was taken earlier this year not to import further volumes. The new-for-2014 Subaru WRX production car, while not confirmed for the UK market, is under consideration.  Changing market conditions has allowed Subaru UK to re-examine the feasibility of bringing the new car into Britain.