After recently taking the little 106 GTi on it’s first hill climb, an invite popped up in our inbox from Stratstone.

It was for a day at the Shelsley Walsh Championship Challenge. Two one day meetings that celebrate 70 years of the British Hill Climb Championship.

Date picked, tickets in hand, and we were soon in the little 106 heading over to Worcestershire. Luckily we had VIP parking courtesy of Stratstone, which meant we were a mere step away from the start of the action. 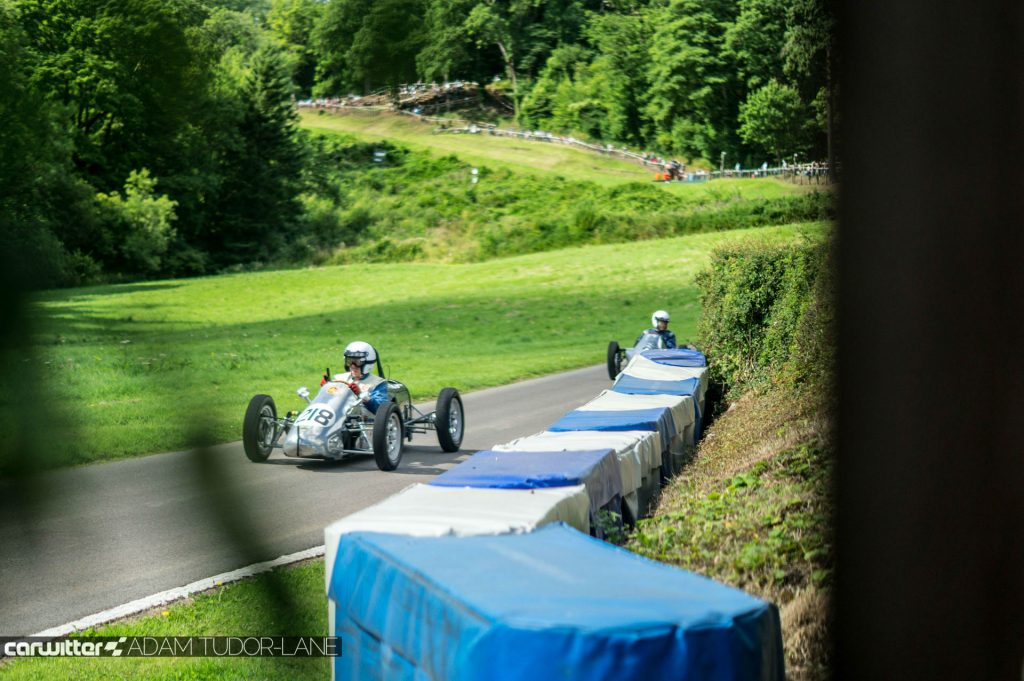 But first things first, breakfast. Heading into Club Stratstone, the exclusive area set aside for invited customers, a cuppa and a sausage bap started the day off a treat.

After that refuel we took a wander down to the pits.

The myriad of different vehicles competing was impressive to say the least. A standard 7 series sat in one corner, three French hot hatches in another, and across from them sat 1930’s machines that looked totally back to front.

Custom tweaked Dallara’s could have had me fooled for full blown F1 cars, and this eclectic mix was all heading up the same tight and twisty 0.568 mile course. 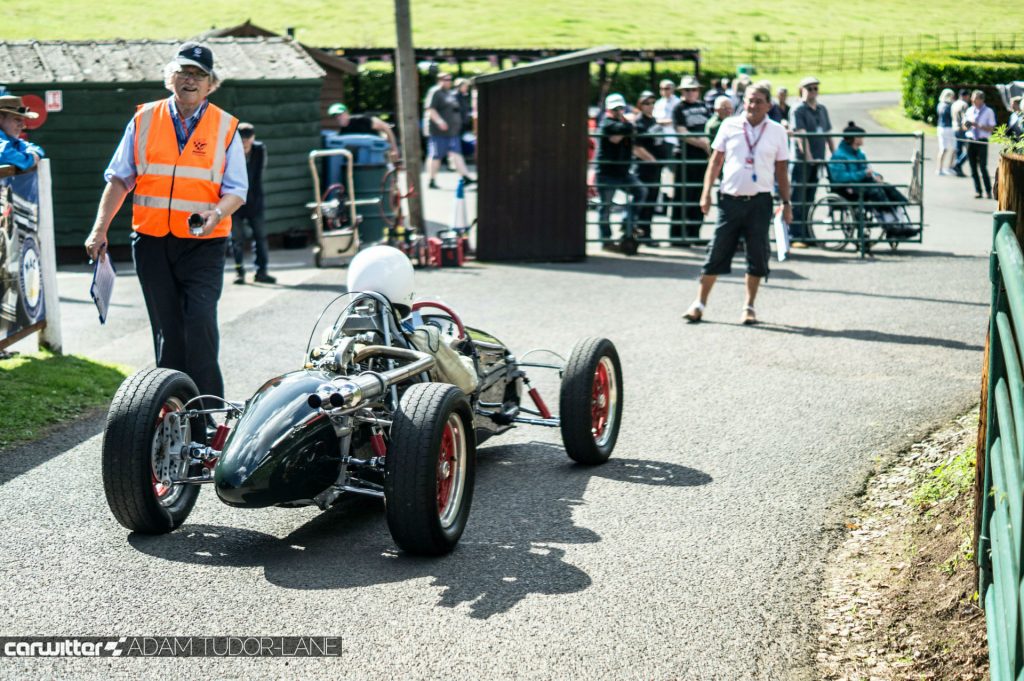 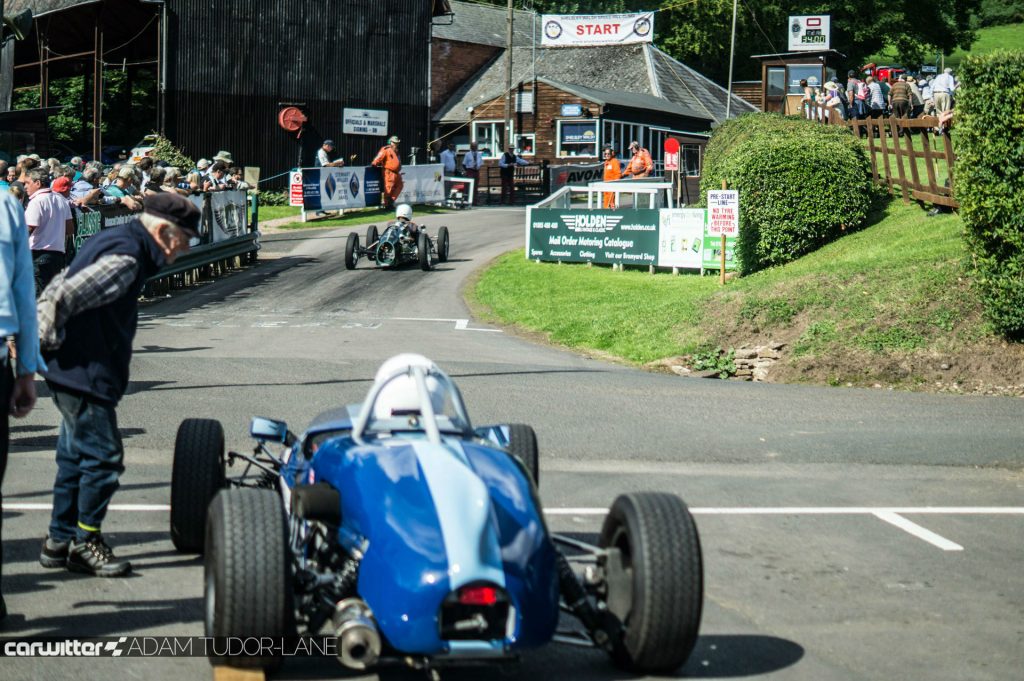 The hill record is held by Martin Groves. Back in 2008 he managed an incredible time of just 22.58 seconds!

To put that in perspective the majority of cars were hitting the halfway point at around 12 seconds on the day of the finals. I think the quickest I saw was one of the Dallara type F1 machines, and that was just in under 24 seconds.

Obviously my interest was piqued by the three French hatchbacks. The Peugeot 205 GTi was pretty nippy, but the 106 GTi flew up the hill like a cat on fire. It was easily the quickest ‘normal’ car on the day.
Sadly, the timed run didn’t go quite to plan. It dumped all it’s oil starting about halfway up the course, resulting in some considerable downtime, followed by some hairy moments for the next five runners.
Amazingly though, it still came first in it’s class. Peugeot powah!

It was lunchtime so we headed back down to Club Stratstone, the large tepee tent being our base for proceedings throughout the day. The BBQ lunch was divine, all manner of meats and salads, not your usual sausage and burger fair.

Deciding to walk it off we then headed to the very top of the hill, for the flying finish. The higher powered beasts were crossing the line at 140, the finish banner waved and floated as the cars flew past beneath it. 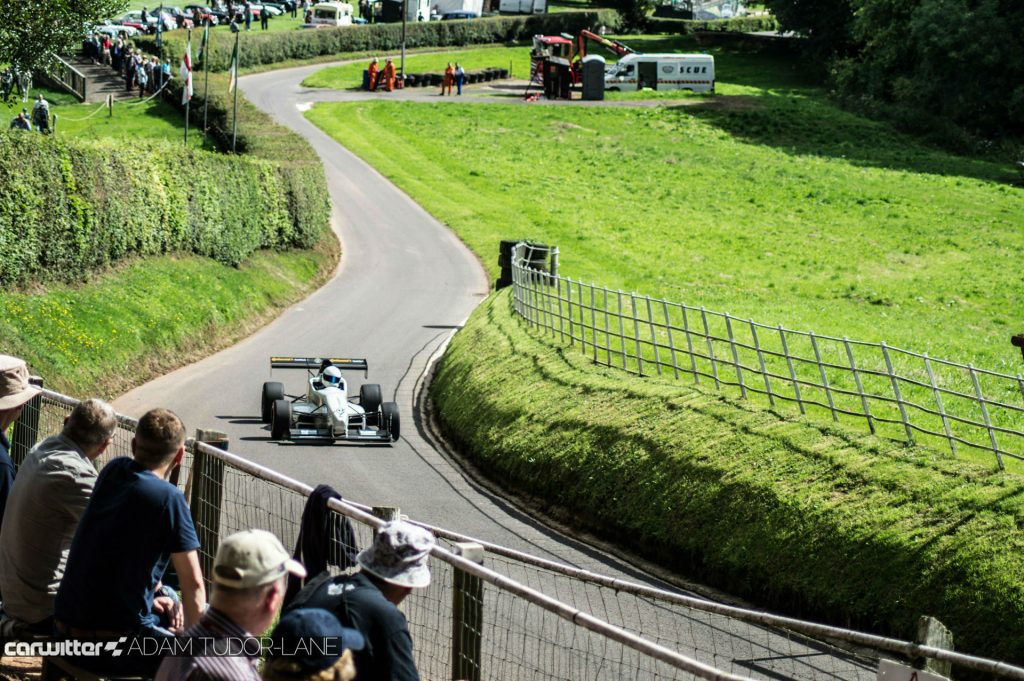 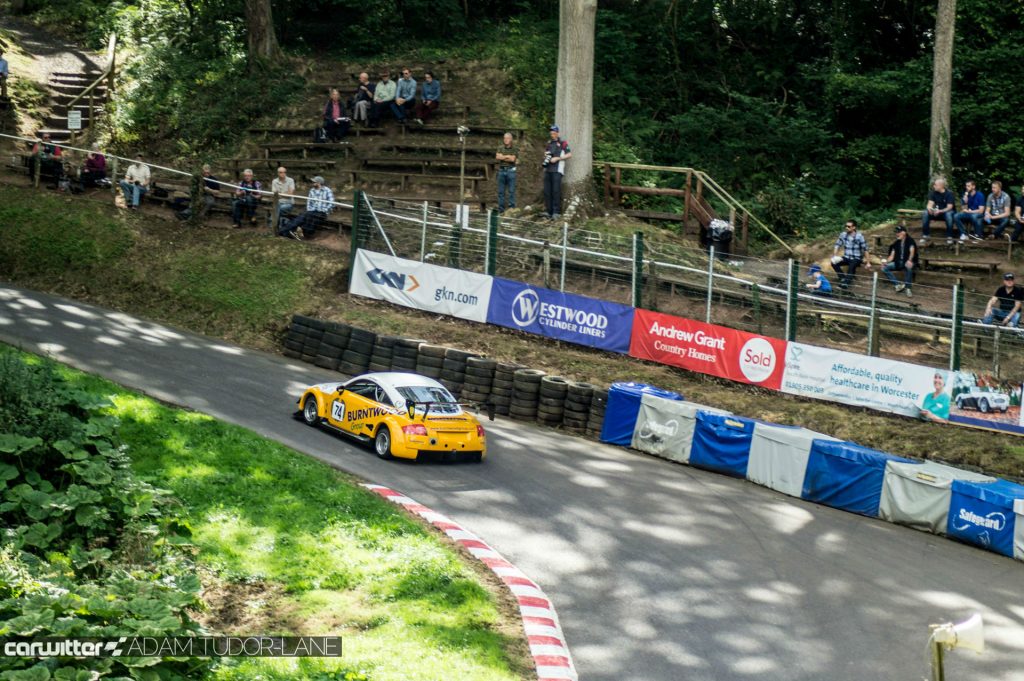 But the real sweet spot at Shelsley are the essess in the middle of the course. Carved out from the hillside high embankments mean you peer down onto the competitors. Giving you a real sense of the speed and skill as they opposite lock the slipper machines through the apex.

Making our way back down the hill we had a nosey at some of the special machinery Stratstone had bought to Shelsley.

A gorgeous Velar sat pretty on the immaculately manicured grass, whilst just behind it was the stunning Jaguar CX75, the big cat that never was. 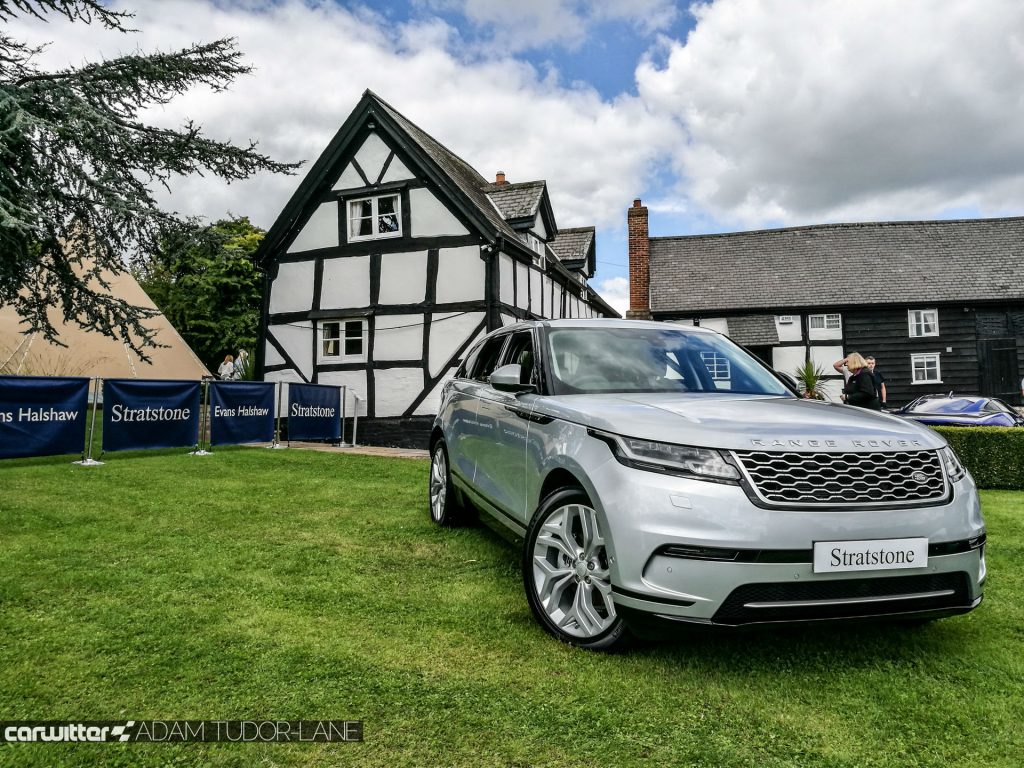 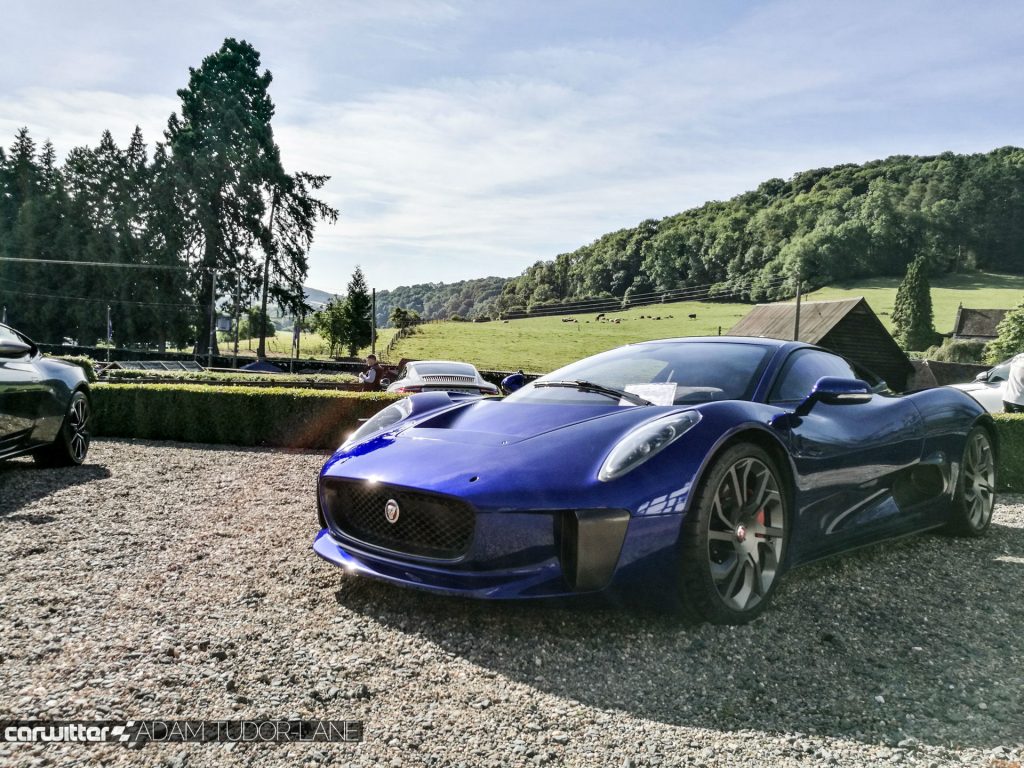 Throughout the year Stratstone hold a number of ‘Club’ only events, the biggest being their jaunt to Le Mans. Included in the ticket price is entrance and exquisite hospitality.

It’s totally exclusive and only open to customers who have purchased through Stratstone.

Shelsley was a great day, seeing a proper hill climb was eye opening compared to the more sedate French machinery that was at Peugeot Festival this year. Sadly the little 106 didn’t get it’s chance to blast up this hill. 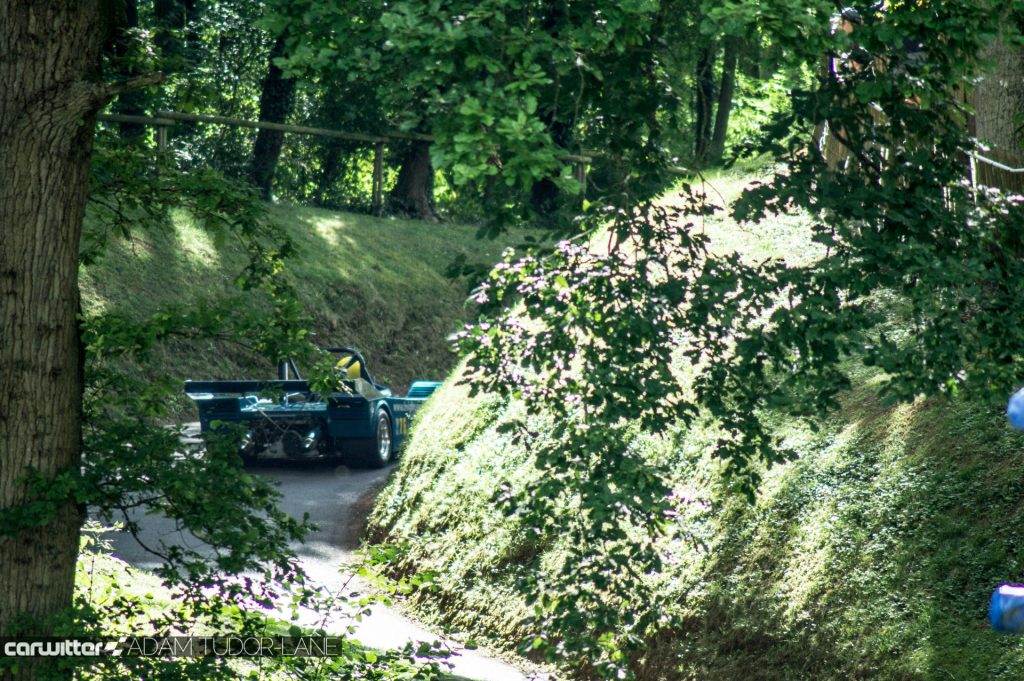