The crossover phenomenon is the latest trend in design within the United States.  Manufacturers have taken the excess ride height and excess space of mid-size SUVs, and shrunk them down to something more compact.  Scion is trying to stretch out their model line with a similar concept, the C-HR.

Other manufacturers have already begun.  The Honda CR-V exists and has only become larger with recent designs.  Honda released the Honda HR-V.  It has more ride height and a bit more room than a Honda Fit.  Mazda rid themselves of the CX-7 model, only to create a highly successful CX-5.  They also took it a step further with the Mazda CX-3, which is based on the current generation Mazda 2 chassis that will never come state side. 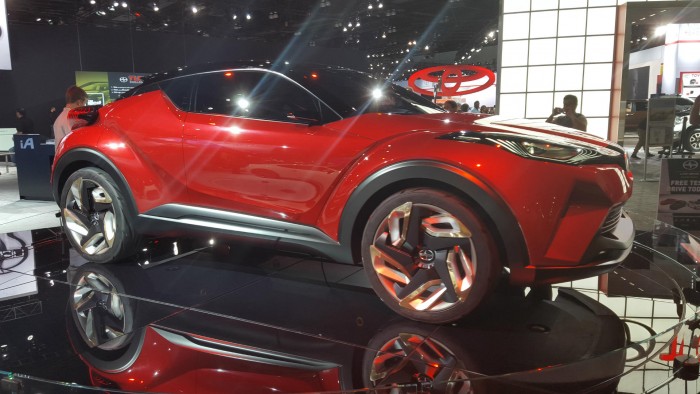 Scion went a bit bolder with the design.  While the Mazda CX-3 and Honda HR-V both come as four-door models, the Scion C-HR concept reveals only two doors.  There is a possibility to integrate suicide doors with less bulge coming out of the quarter panels, but essentially, the C-HR looks like a 2+2, rather than a typical four door set up. 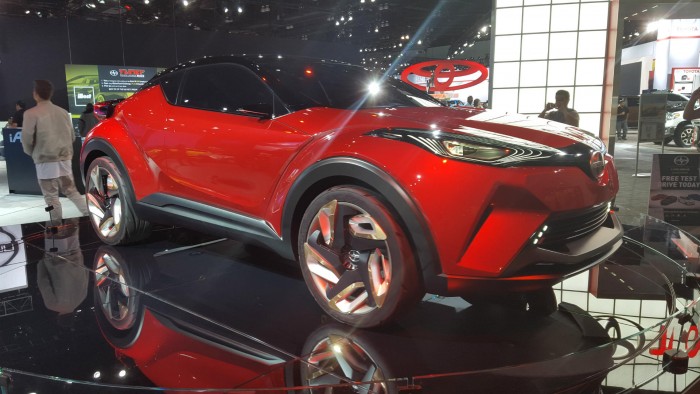 The latest design adds flare to a daily driving line up.  The Scion iA sedan and iM hatchback are new designs for the brand and cater to a daily driving audience.  The Scion FR-S is easily the best handling car of the line up.  The C-HR design tries to draw interest by going with the crossover route, with enthusiast tastes.  Large wheels, large fenders, low profile tires, and a coupe-like cabin reveal characteristics of a modern sports car than a typical crossover.

We look forward to a production version of the concept, hopefully with a couple more doors, a four-cylinder with some grunt, and an optional all-wheel-drive system with an optional manual transmission. 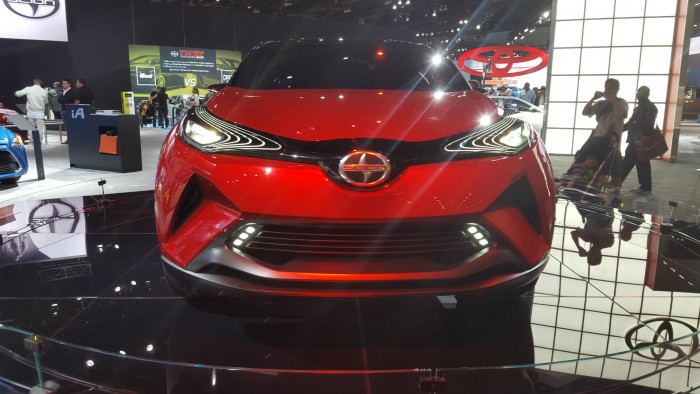