We’ve reviewed trickle chargers before, but never one as fancy as the Ring RSC806, it’s both a full-on battery charger and a maintainer built-in one.

A 6AMP battery charger which can be used on 6v or 12v motorcycles, cars and vans across all types of batteries; lead, gel, calcium, AGM and EFB.

Once it charges the battery it switches into maintenance mode. Maximum battery capacity is 110Ah for charging, or 160Ah during maintaining – which should cover the majority of cars, for bigger vehicles check your Ah though. 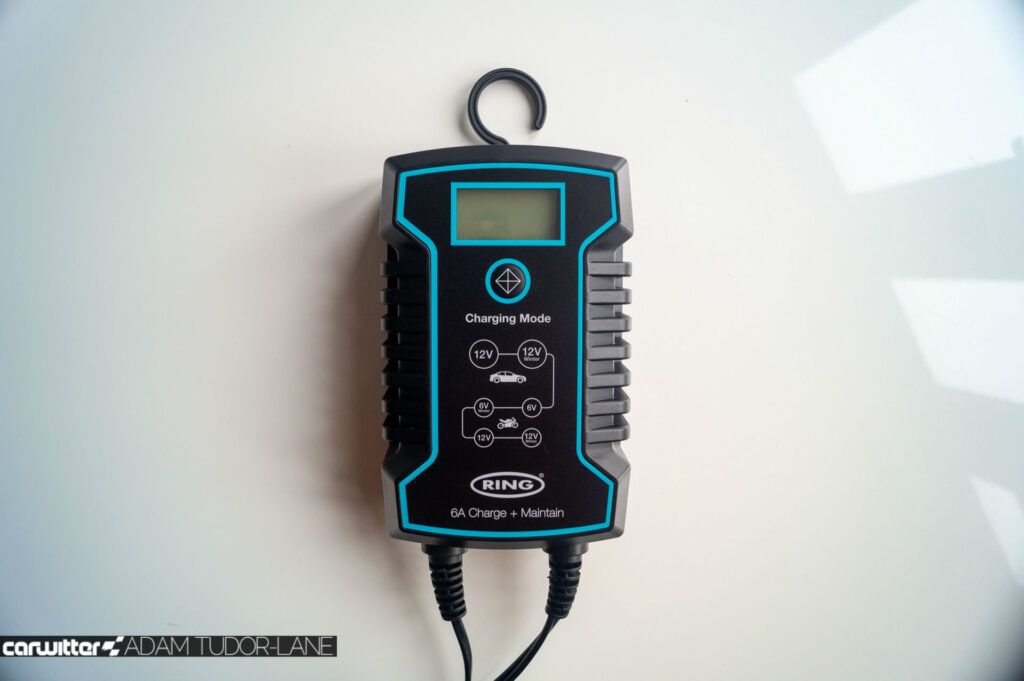 The RSC806 comes with charging clamps and O-ring terminal clips, there’s around 2 metres of cable on both the plug side and the connector end. A large central button controls the charger, and a big backlit screen makes it easy to read in low light. 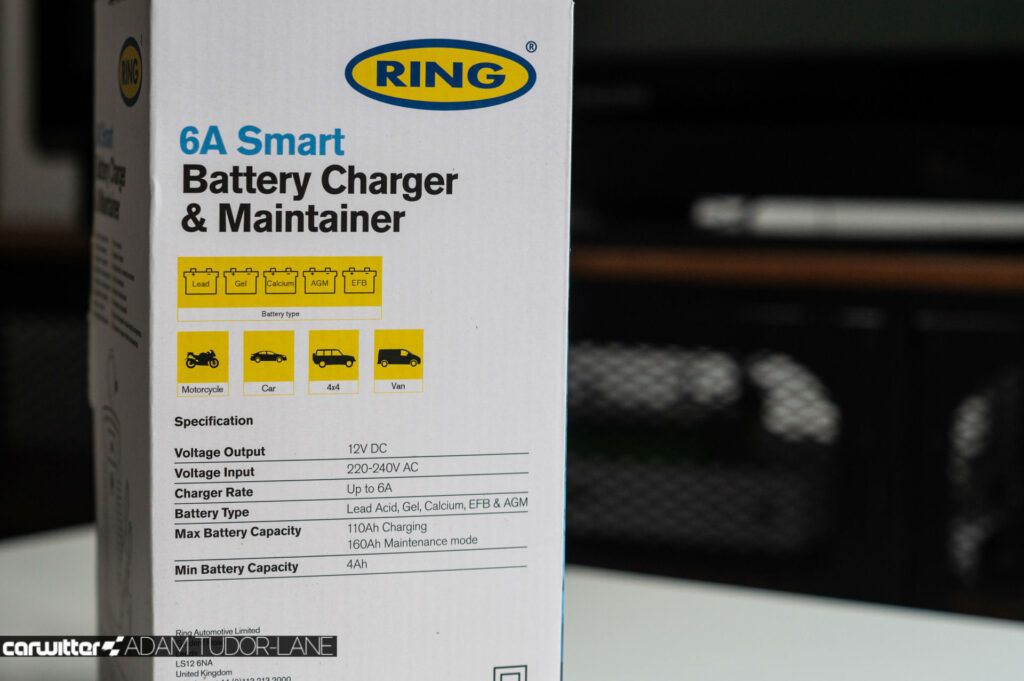 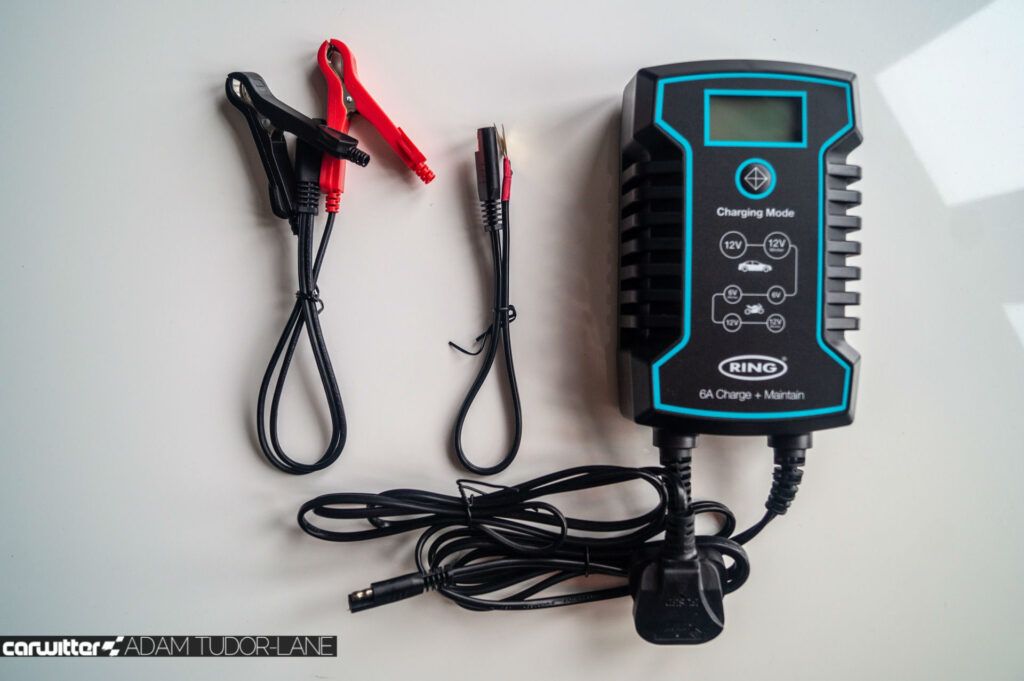 As with all Ring products the smart battery charger feels sturdy and well made, even the hook at the top feels solid and can twist either way as well as be stowed in the back of the unit. It would have been nice to add a way to properly fix it to the wall, rather than just hang and wobble around, but that’s the only gripe over the design.

After attaching the connectors it took a few seconds for it to pick up the battery, then it began charging. It’s handy having a progress bar as you can see there’s actually life in the battery and that it’s taking charge – most other trickle chargers simply have an LED that says if it’s charging or full. 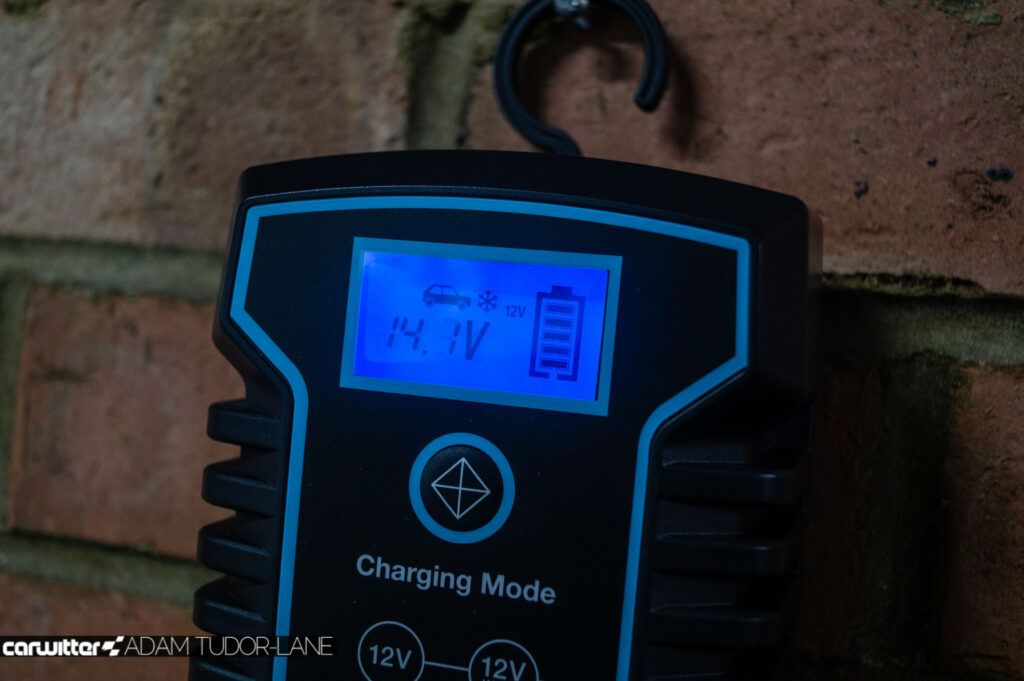 There’s also a winter mode to protect batteries during colder temperatures, as well as being ‘smart‘ to not damage batteries that are fitted to Start/Stop vehicles.

Instead of just putting a fixed rate of charge into the battery, the Ring RSC806 uses a seven stage process to look after your battery.

The O-ring connectors are a little useless for most modern cars, as they’re either too small, or you have nowhere easy to connect the negative too as there’s only a positive terminal. But the crocodile clips are well made and feel of high quality.

It also remembers the last mode it was set too, handy as for our use the trickle charger was on a timer, so it’s not on 24/7. So the power cuts, comes back on and it resumes winter mode on 12v, perfect. 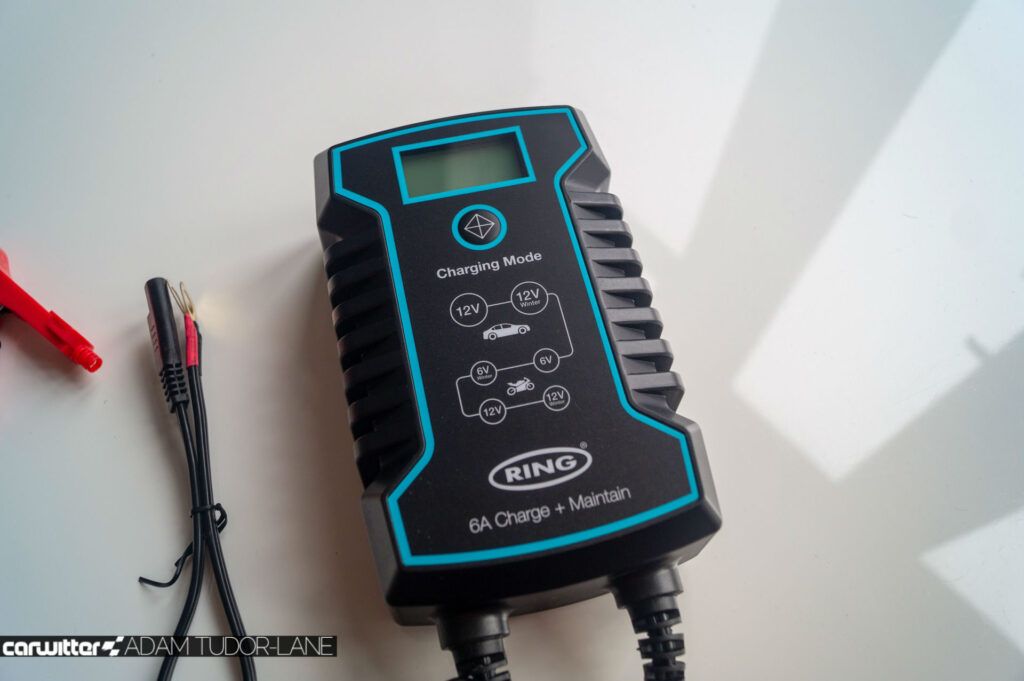 The whole unit is also IP65 rated, which means total protection from dust and low-pressure water from any direction. Safe to say you could leave the unit outside on the wall of your garage without worry.

You can’t damage the charger either as there’s short circuit and reverse polarity detection, just in case.

Using it to charge a battery that was nearly dead was nice and easy, leaving it a few hours to ultimately bring it back to life. Then switching over to a stored car it topped up the charge and has then been maintaining it since with the display showing ‘Full’.

Overall it’s a really nice bit of kit as far as trickle chargers go. Its size is welcome compared to most of the fragile, toy-like devices on the market, and the backlight is convenient when fumbling around in a dark garage. 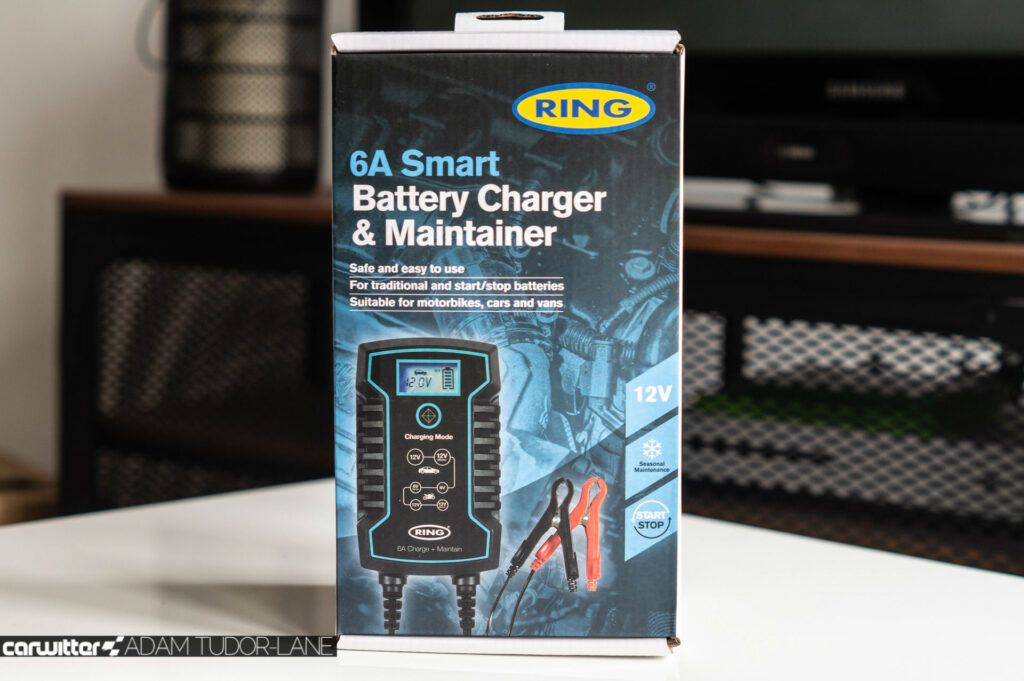 RRP is £39.99, and you can get them online at numerous places, Screwfix and naturally Amazon if you need super fast delivery.

All the info on the RS806 can be found here on the Ring website. 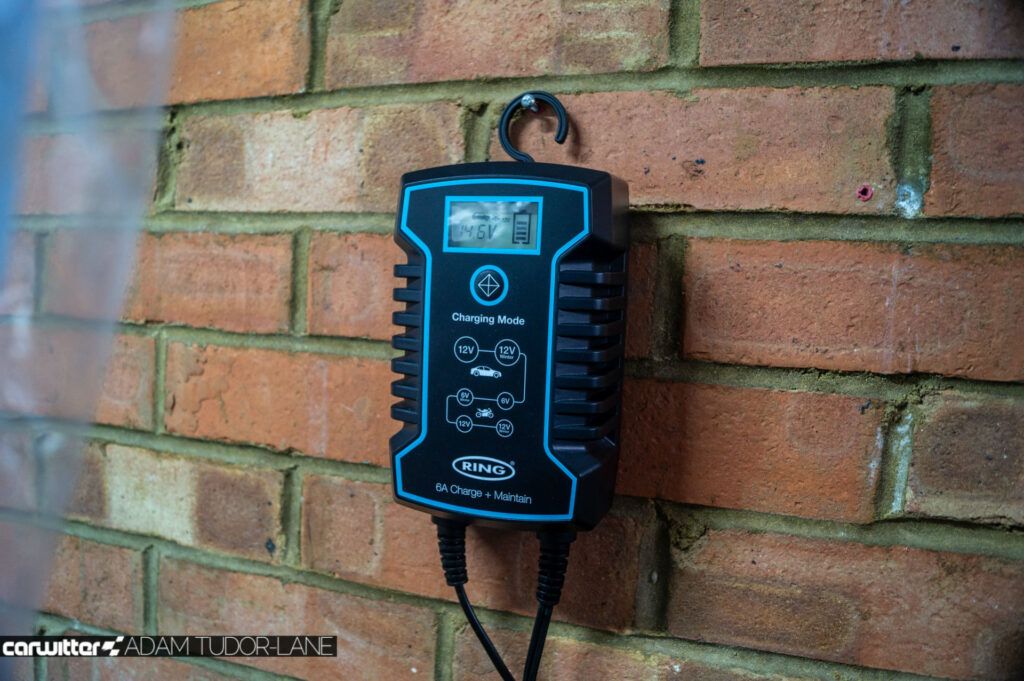