So what does £227,000 get you these days? Well if you have that sort of cash as walking around money you might think about commissioning yourself a Rolls Royce Wraith. Debuting last year the Wraith is Rolls sportiest model. A type of car you drive yourself, rather than one to be driven in. It opens […]

Having previously driven Morgan’s unique and wonderful 3 Wheeler, it was about time we sampled one of their V8 beasts. What better way to do so than in the Limited Edition Plus 8 Speedster. Powered by a 4.2 litre V8 pumping out 367 BHP and 501 Nm of torque, this 950kg two seater gets you […]

It’s not often you get the chance to drive a house, that privilege is normally saved for those whose role in life is to pilot a double decker bus, or hen party filled stretched Hummer. Certainly none of them can claim to have hit 60mph in around four seconds, but owners of Merc’s new S63 […]

We have had some quick drives in Porsches before, and the Cayman was very impressive…so we asked for one for a week long test. Our Guards Red Cayman is fitted with a 2.7 litre flat six engine, producing 271 BHP and 290 Nm of torque. This propels the 1330 KG car to 60 in 5.5 […]

So we test drove the Toyota GT86 back in 2012, we felt it was a good driver’s car but the interior let it down. We got the chance to have its twin brother the Subaru BRZ for a whole week to see if it changed our minds. The Subaru BRZ costs £23,995. For that money […]

Jaguar F-Type S Coupe Review – Still the one to buy

A few months ago Jaguar announced they were killing off one of their biggest cats, the XK. We had briefly driven the XKR-S and had been mightily impressed with it, so with the guillotine now looming we simply had to fully review this mighty beast. The XKR-S is fitted with Jaguars performance mainstay, the supercharged […] 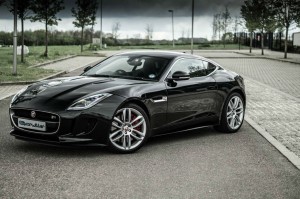 Last year we tested, and loved the Jaguar F-Type range, but I have never been a fan of cabriolets…now there is a full Coupe F-Type hitting the streets; naturally we had to try it out. We opted for the top of the range V8 monster, the R. It is fitted with the same engine found in […]