Very rarely do I express my distaste to cars, in fact the last time was directed at Volvo back in February! But the release of the all new MINI Hatch yesterday got my back up.

Now, when BMW released the MINI back in 2001 a lot of people complained that it was no longer Mini (in size). And it wasn’t, but with the latest incarnation it has been force-fed once more. The latest MINI Hatch is 9.8CM longer than the outgoing model and 4.4cm wider, theres no stats on weight yet. In fact every previous MINI can fit inside the proportions of this latest one!

This model on model growth has been going on for years…think of the Peugeot 205 to 206. The car became so large Peugeot had to add the 106 to fill the void left by the fattening up. It got worse with the 207, before Peugeot saw sense and put the 20x range on a diet for the new 208. 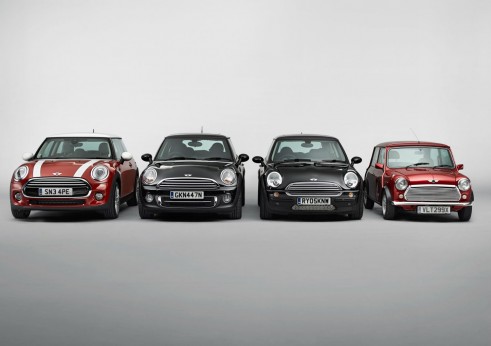 MINI have also released these images to show how the car has grown over the years. I have no idea why they would release them, as it just makes the latest model look even more ridiculous when you compare it to the original. Now don’t get me wrong I wouldn’t WANT to drive an original, they look ridiculously small against even a modern-day Supermini, and I certainly wouldn’t feel safe. 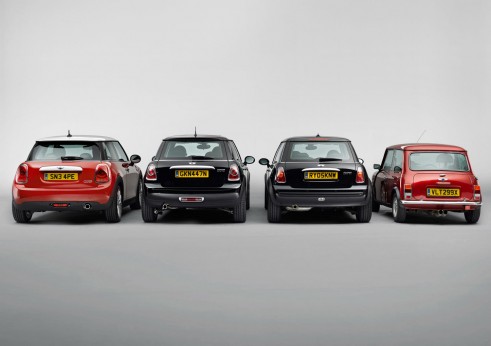 Why have MINI inflated the hatch anyway?! For the last few years they have been growing the brand with additions such as the Countryman and the new Paceman. If you want a bigger MINI with more room then buy one of those! 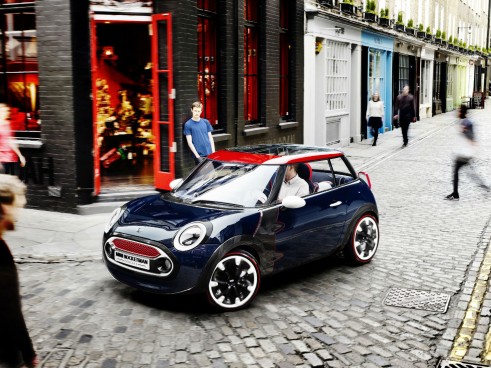 MINI did come up with the Rocketman concept, this was planned to be a small MINI a Supermini if you will. I for one would have loved to see a genuinely small, city car MINI. But it has been shelved for the time being.

In all honesty I think we have our ‘special friendship’ allies across the pond to blame for this. The USA is THE most popular market for the MINI, second is the UK. Now cars in the USA are gargantuan compared to the UK, so beefing up the MINI Hatch makes it square up better to Dodge Rams and the like, it also helps rotund humans have some extra space inside… 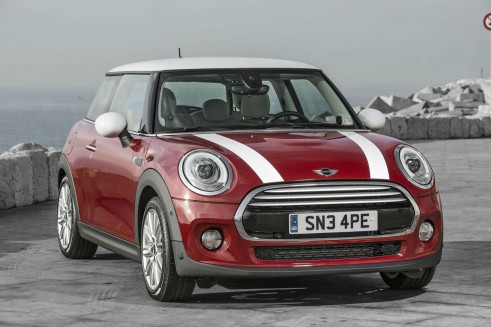 Now lets move on to the looks, what the hell have they done? The front has barely any shape to it compared to the outgoing model, a series of rounded off blocks now make up the car. Its headlights look decidedly melty in their sloped back, upright appearance. At the rear things aren’t much better…they now dominate the whole rear of the car, looking oversized and quite frankly ridiculous. The whole car is now devoid of any definition or tautness. 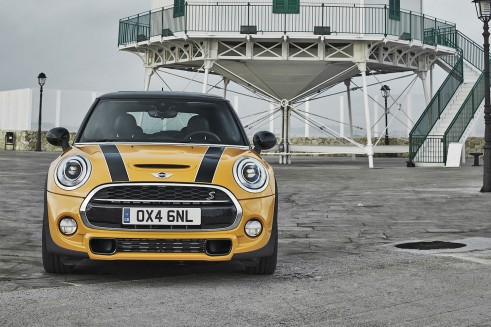 The Cooper S gets worse up front with some rather afterthought looking lower air ducts. The only thing I actually like is the rear bumper on the Cooper S, the way the it tapers up and round the exhaust pipes is rather smart!

So yes im not a fan, and i have always liked the BMW MINI, hell I even wanted one as a first car for a long time. But this bloated, blobby creation is a step too far.