I’ll call it now. The newly unveiled Porsche Cayman GT4 has a guaranteed place in 9 out of 10 car of the year runnings for 2015.

The promise of serious power, a trick chassis and everything else that will finally allow the seminal mid engined Cayman format to fulfil its full potential has had man woman and beast foaming at the clutch foot with anticipation. 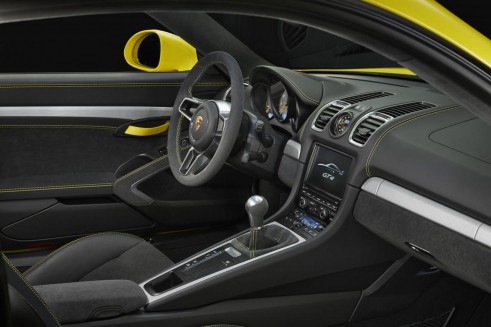 I shall relay the technicals in layman.

Over 380bhp courtesy of the 991 Carrera S DFI 3.8 litre flat six. Manual shift only, for now. A PDK option is as yet unconfirmed. Major borrowing from big bro’ GT3 for front suspension componentry and some meaningful aero to match the downforce of the GT3 to keep this newly muscle bound Cayman firmly on the straight and narrow.

Word is that Porsches aim was for a dragless sports car. Real downforce was a side effect. Porsche claim to have taken the game of tuning feel into an electric steering system to a whole new level. Even above that of the exceptional GT3. Hype intensifies… 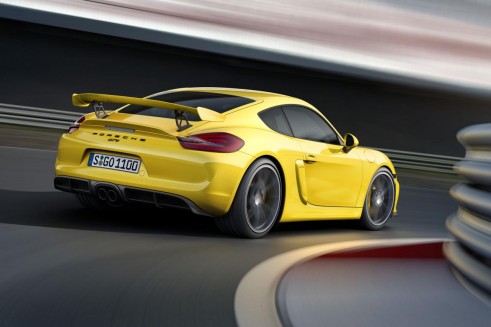 The Cayman GT4 is by Porsches own admission the car that all the 991 PDK haters had hoped for. A bastion of the sporting manual gearbox application. Porsche GT for the road has been divided into two sects; the pursuit of driving pleasure as outlined for the GT4, and the pursuit of speed as achieved in the PDK GT3.

Even those most faithful to the stick and pedals will admit that shifting at your fingertips allows for a greater embrace of outright pace. Porsche itself says the GT4 has no obvious rivals ( a rather bold statement  given that Jaguar has not long revealed a revived manual shift for its F-Type) and that its development was therefore not a pursuit of numbers, but in the name of driving enjoyment. A sadly rare development directive nowadays, and suggestive that the GT4 could be one of the finest sports cars to hit our roads for many years. 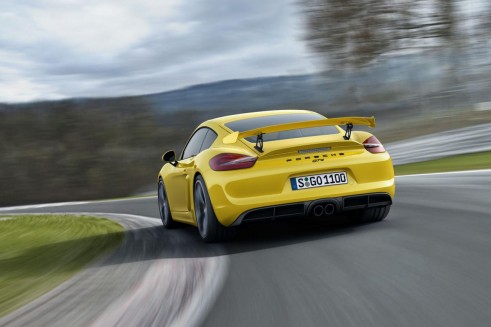 Another ace up the GT4s sleeve, if a rather unexpected one, is price. In spite of Porsche being one of the most astute automotive con artists of the modern age and a strong advocate of a weighty options list, the GT4 should start at around £64,000.

Although that seems tall for a car that started life as a coupe version of the Boxster, when you consider some of the gizzards this thing is brandishing, and the price of the machinery it would otherwise be fitted to, the Cayman GT4 is suddenly a serious value proposition. A Carrera S will expunge you of 80k, whilst a 911 GT3 sits at over 100k- itself praised for good value given its breadth of ability. 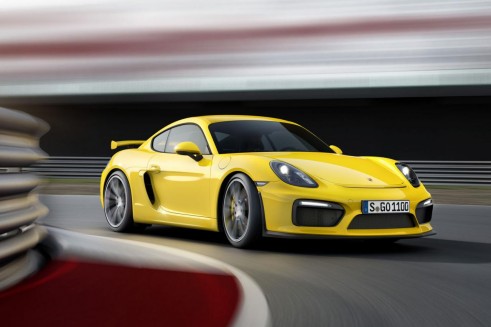 Of course, we will only know for sure when the GT4 is handed over for scrutiny later on in the year, but I think its safe to say you’d be silly to not bet on everyone falling for it, head over heals, as most did late last year for the GTS siblings.

Our only chance to see it in the metal before then is Geneva in March, where the years hottest metal will see a European debut. Expect serious clamour at the Porsche stand, and serious perspiration from the bods at Jaguar.