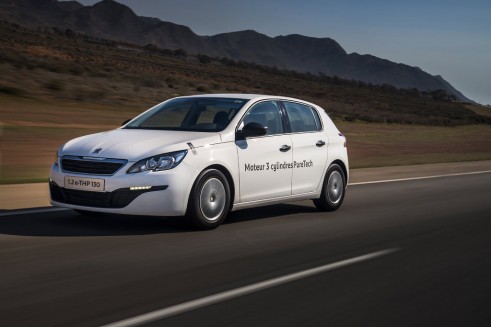 Peugeot’s 308 hatch has received a boost after the company announced an addition to the engine line up that nudges 100mpg.

That standout figure means the 308 1.2 can motor on for a stunning 1124 miles before needing to pull over for more petrol.

The figure marks a record for a petrol engine, and the 308 was tested with independent witnesses in Spain to check the amazing claimed figures.

Peugeot say the car drove for 32 hours , thankfully by several drivers, before it was forced to stop for fuel.

Available in 308’s from the end of March the 1.2 PureTech achieves a still impressive  61 mpg on a combined cycle, however at 107g/km of CO2 it doesn’t quite manage to sneak into tax band A.

The addition of the 1.2 means the 308 is now available with five petrol and five diesel engines.