As the car industry slowly gears up to the world of electric motoring, hybrids could play a large part in that transition phase. Peugeot already dabbled with hybridisation in the last generation 508, the RXH being a good case in point.

However, this latest Peugeot 508 SW hybrid benefits from being a PHEV, or plug-in hybrid electric vehicle, enabling you to juice it up from a regular EV charger.

Electric range isn’t huge, with a real-world figure of around 19 miles, but it’s enough to get you to the shops and back or out for a local walk without burning hydrocarbons. 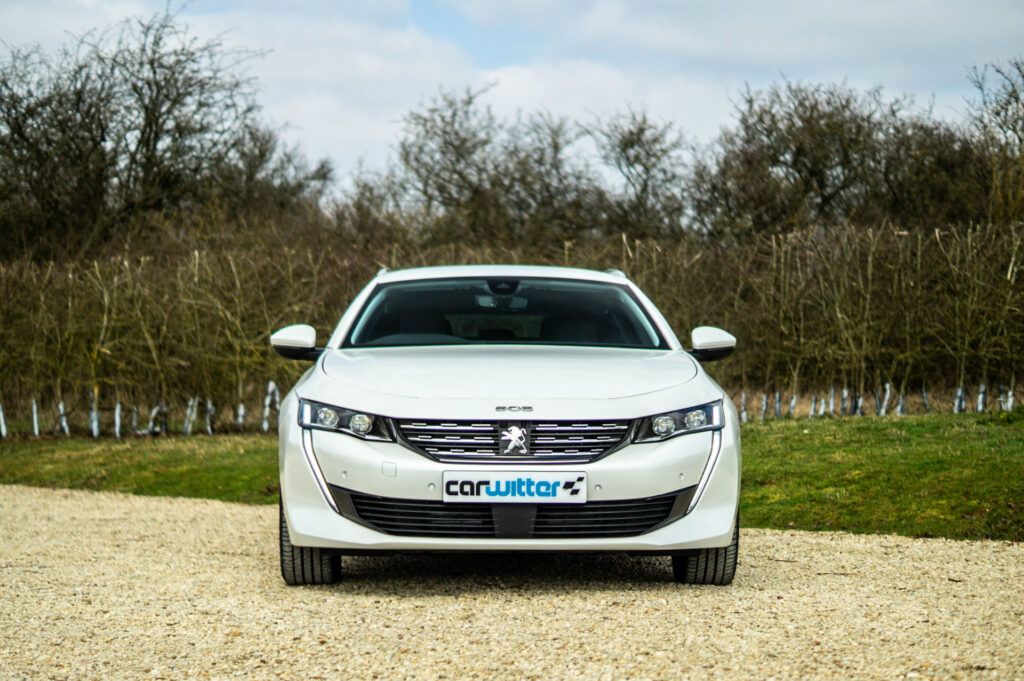 Without a doubt, the 508 in either saloon or station wagon form is one of the most handsome vehicles on sale today. Its angular, masculine front lines are sharp and modern, while the back is a simple, clean design with those rear lights almost hidden.

Allure spec is the second in the line-up, but the entry trim if you want to opt for the PHEV. It does without such things as the full LED headlamps, tinted side glass and active suspension – but these were all options checked on the model you see here.

Maybe it’s the colour combo with the satin silver window trim and roof rails, but this 508 doesn’t look as modern as some of the darker colours you can opt for. 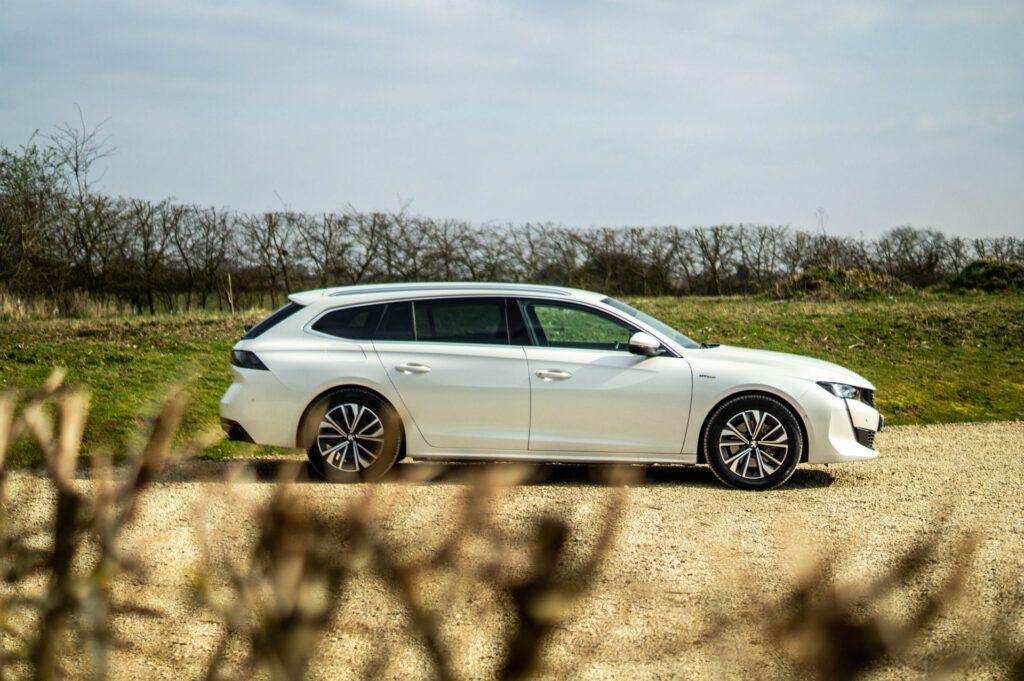 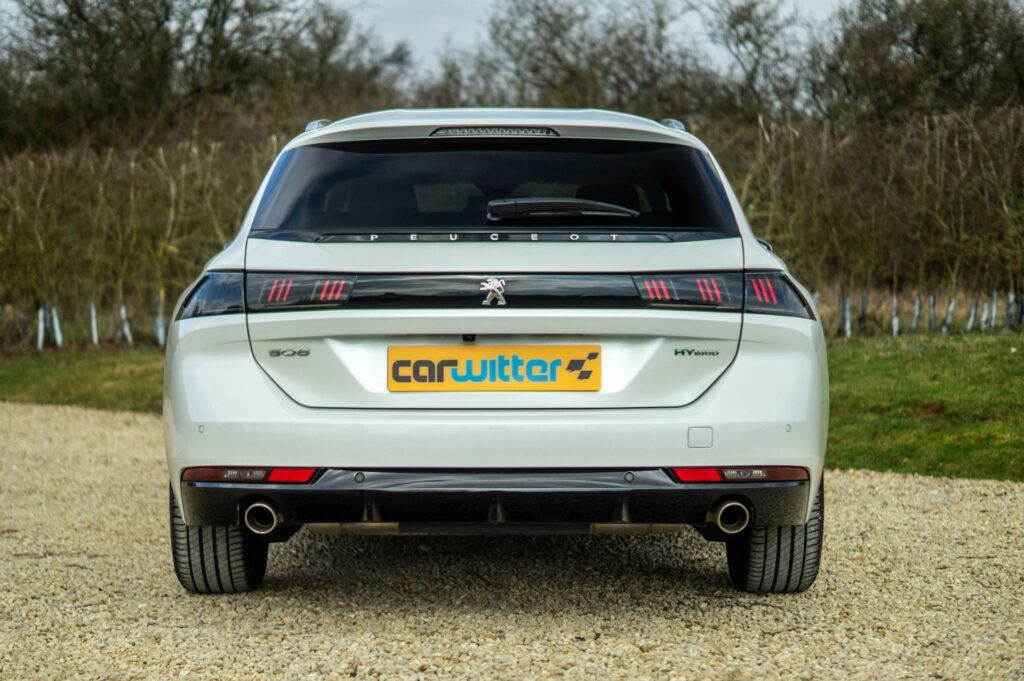 On EV power alone, we managed around 19 miles from a full charge; the maximum the battery said was 21. And yes, you can drive at motorway speeds in pure electric mode; it’s only if you really smash the go pedal into the floor past the stop point that it will engage the petrol engine.

Acceleration is more sedate when under electric propulsion, but it’s by no means slow. You can also set to ‘recharge’ the battery from the engine if you run out of volts. This can either be set to 6, 12 or MAX, which will recharge the whole battery. Over an hour driving, you can roughly recuperate around 10/12 miles – handy if you need it the next day. 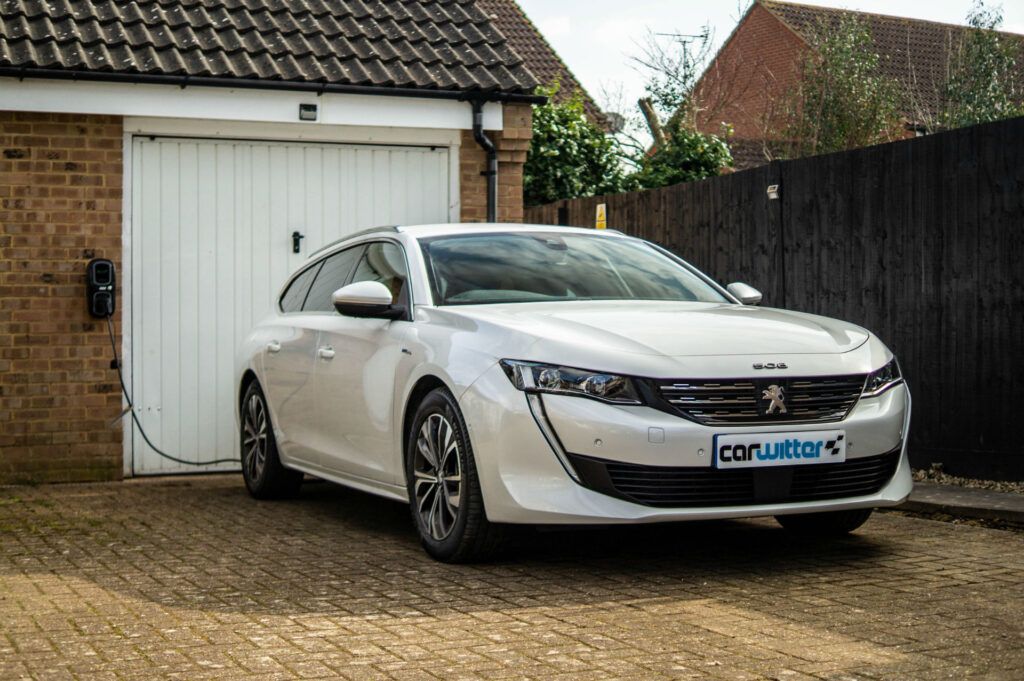 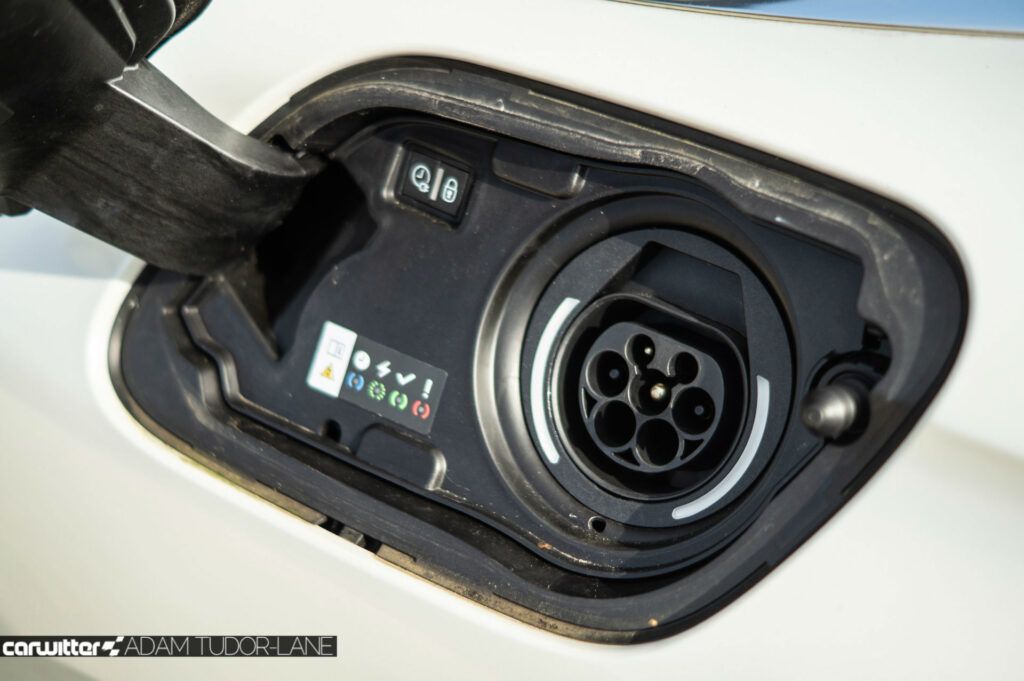 Plugging into our Rolec Wallpod allowed the 508 to charge at its full 7.2 kW, meaning a 100% battery takes just 2 hours. As standard, you get a 3kW charge port, so it will take double that time. That’s not really a big deal as you’re more than likely to plug in overnight to charge anyway.

Over everyday driving, the regenerative force can be played about with using the paddles behind the wheel; by default, it’s pretty grabby, and no matter the setting, you get a bit of a lurch as you come to a controlled stop under battery power. 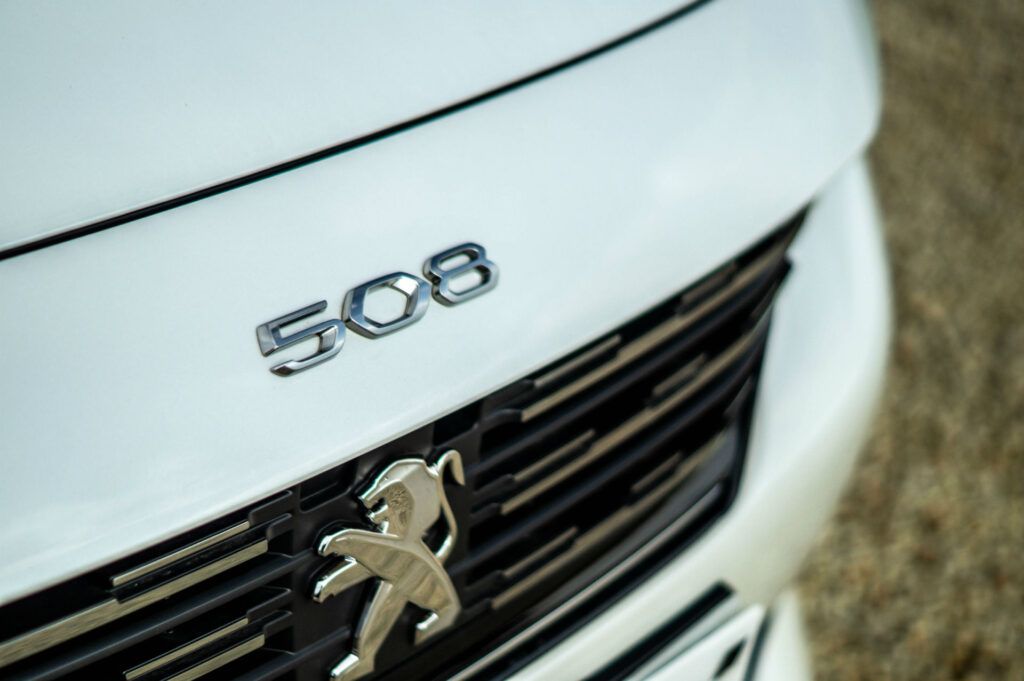 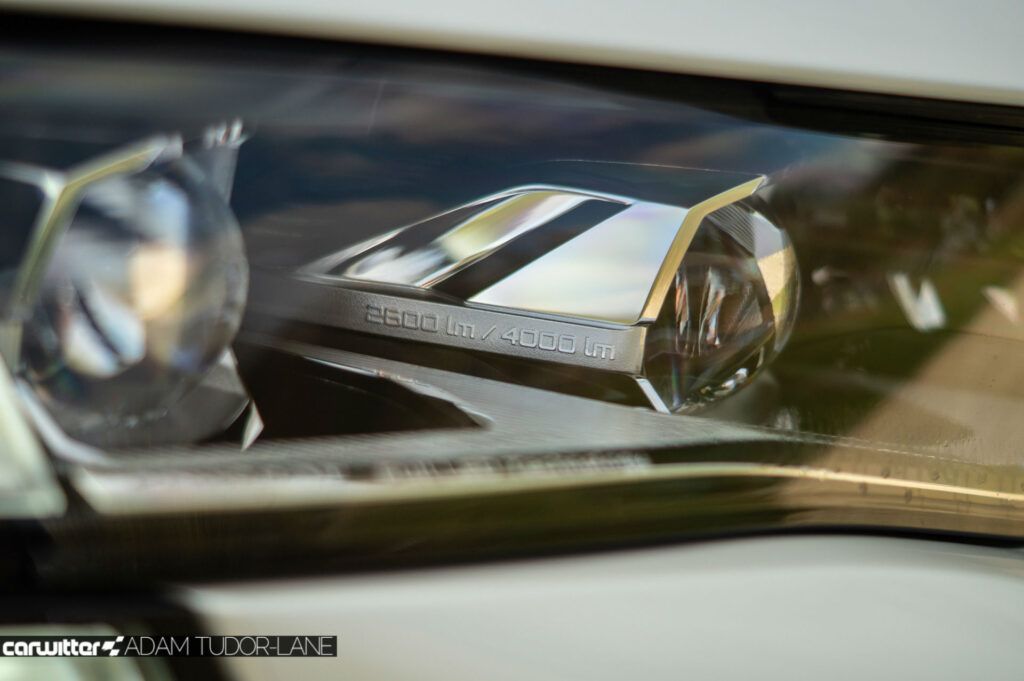 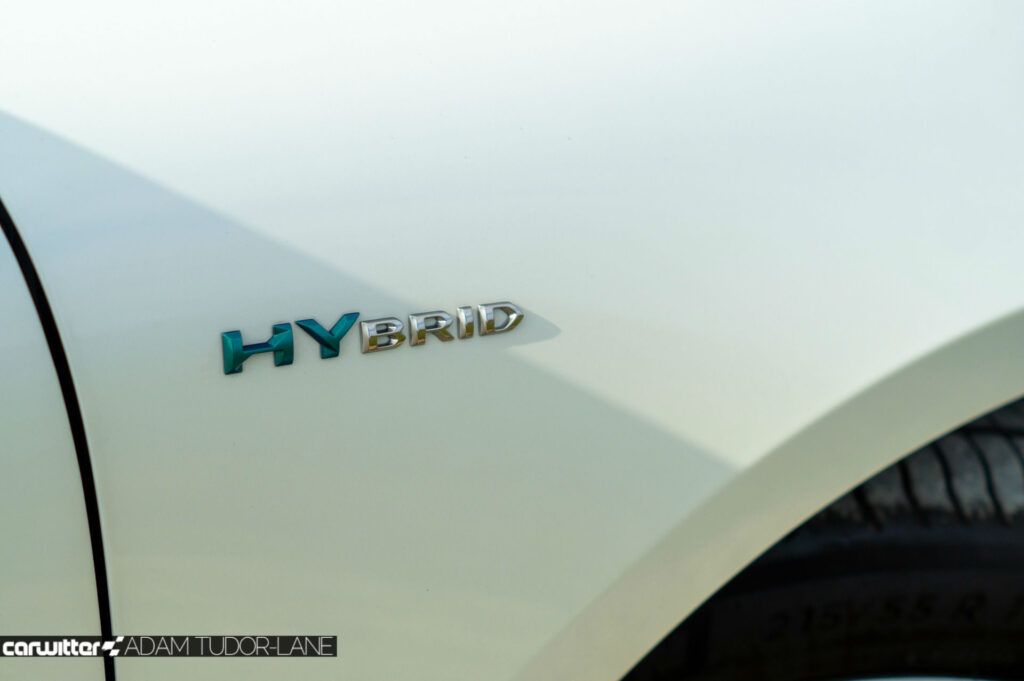 The EAT8 gearbox also isn’t the most buttery when combining both volts and fossils. The 1.6-litre turbocharged petrol lump will rev up, then seemingly match the speed you’re at, or try to, before engaging and dumping its power. This takes a few seconds, so in the meantime, you’re just waiting for it to all happen, which can be a little unnerving if you need to make a quick getaway at a roundabout or junction.

Power is a healthy 180 BHP from the petrol engine, and there’s a further 110 from the electric motor. Torque figures can’t be combined as they peak at different times, but there’s 339 Nm from the motor and 250 from the engine.

0-62 is 8.3 seconds, and the front wheels do a great job controlling all that power. Only from a standstill were we able to get the slightest chirp from the rubber when accelerating. 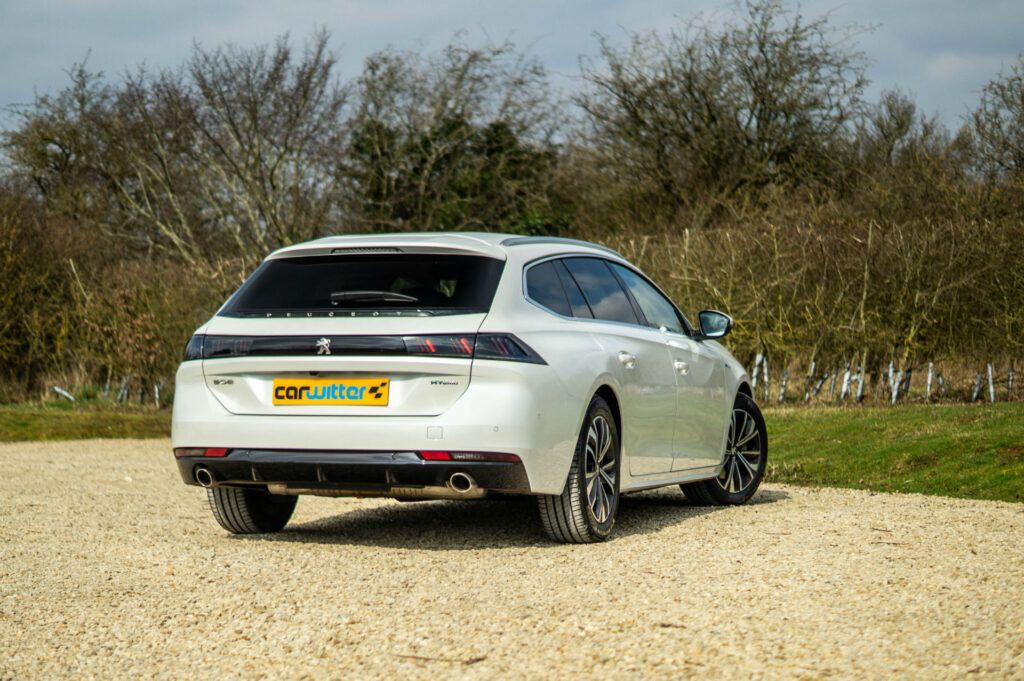 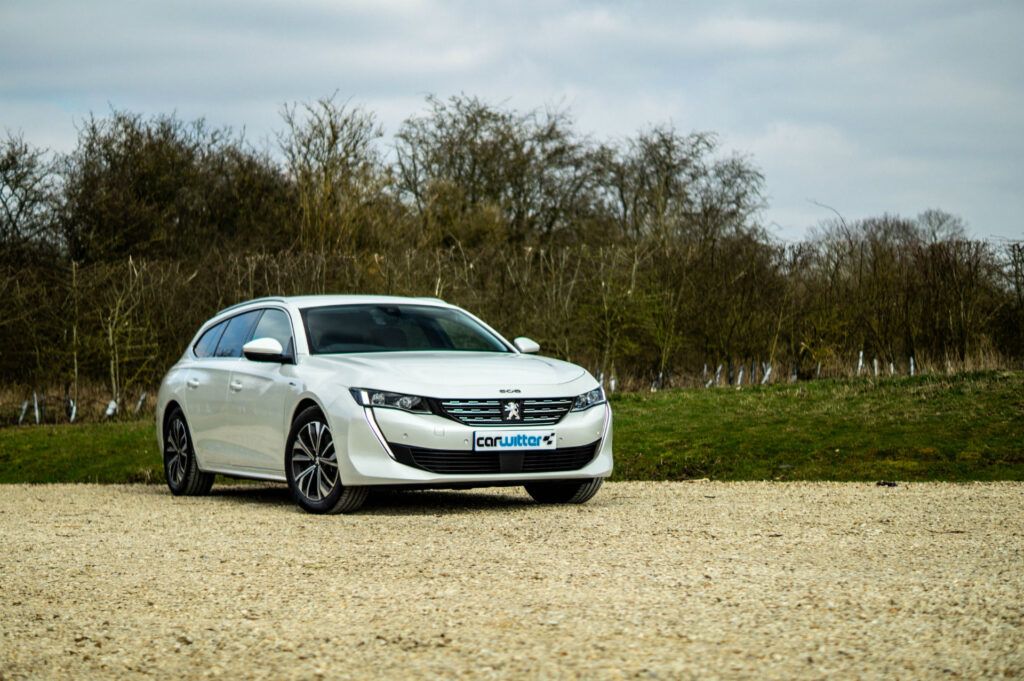 Allure doesn’t feature adaptive dampers as standard, but this model had them fitted. In their neutral setting, the 508 feels somewhat stiff but put them into comfort, and the ride is incredibly smooth, flick to sport and things really do get firm. This mode also harnesses the power of both the electric motor and engine, giving the SW a turn of pace that’s pretty surprising. 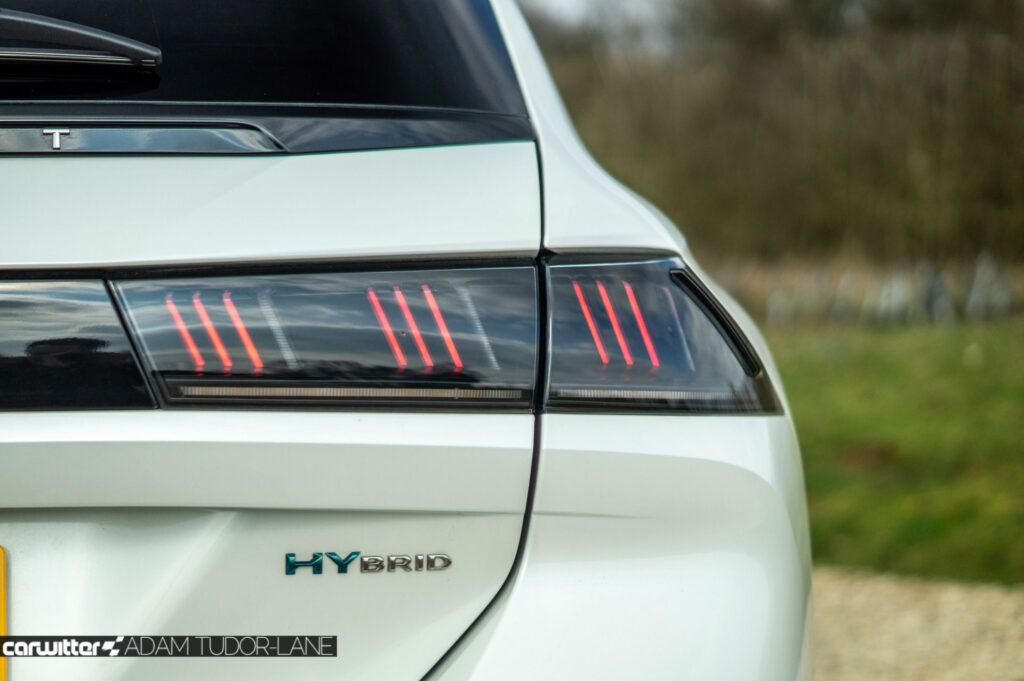 As with the exterior, the interior of the 508 is something rather special. The quality of Peugeot interiors has jumped almost fivefold, putting them easily on par with the Germans.

The faux carbon texture is squidgy to the prod, while all the dials and touchpoints have that tactile nature that makes them a delight to caress.

Everything is slanted toward the driver, so within easy reach, and the physical shortcut buttons make it incredibly easy to switch around the infotainment system. That small steering wheel also feels great in hand. 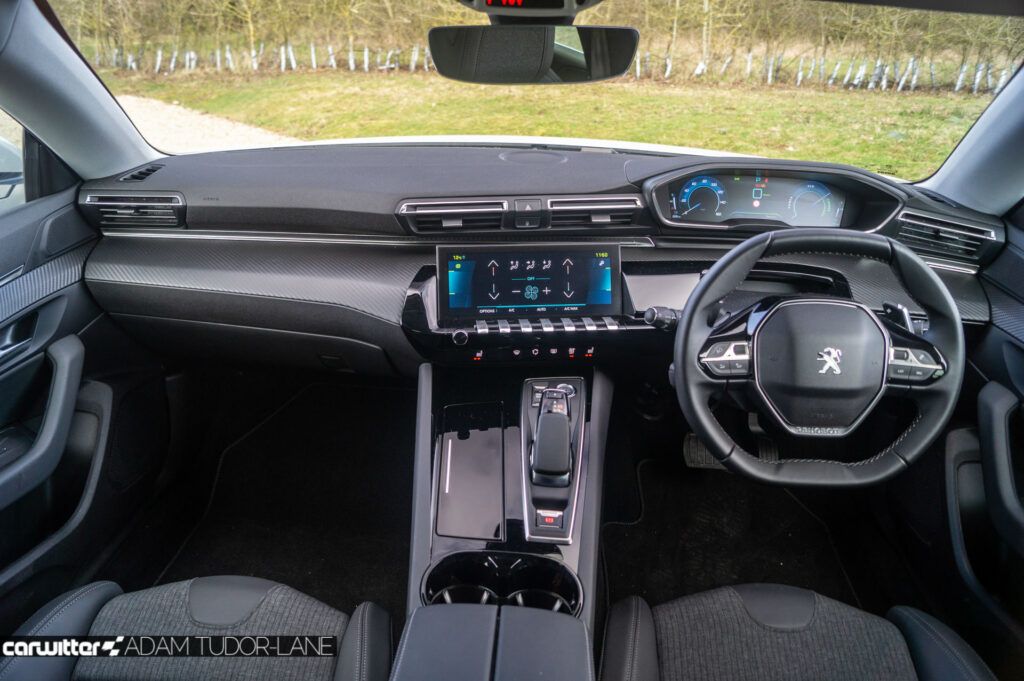 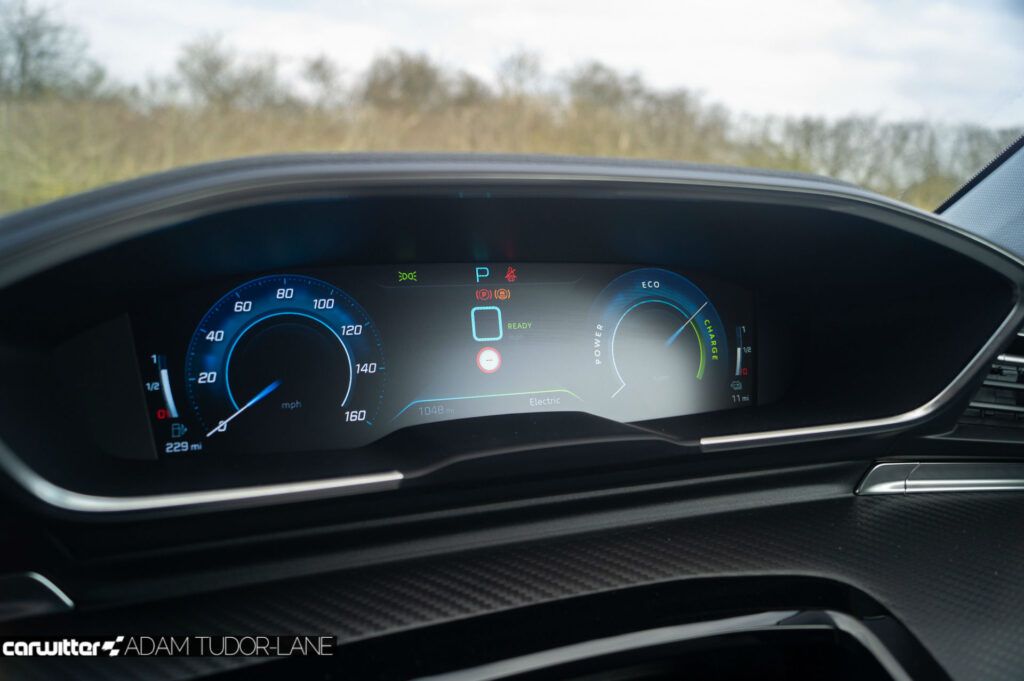 Even in entry-level Allure spec, the material used on the seats feels almost woollen, like a well-made suit, especially with its pin-striping.

Rear seat headroom does suffer due to that low roofline; legroom is also nothing to write home about. Even a non-estate Skoda Superb gives you far more space to stretch out. 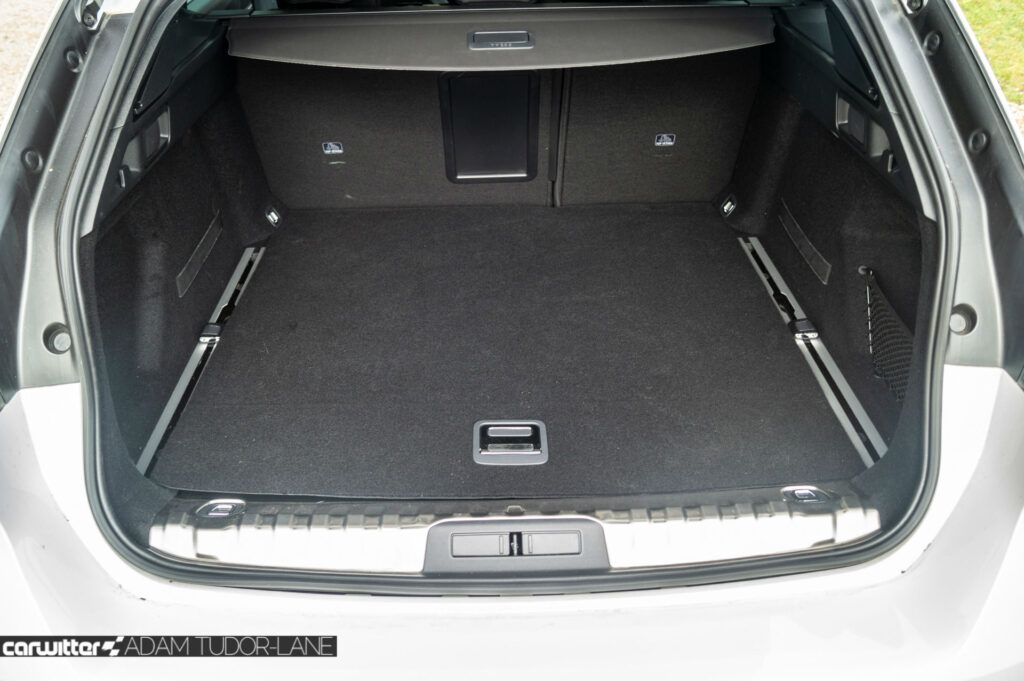 That loss of rear cabin room comes from a whopping 530 litres of boot space with the rear seats up; there’s also a perfectly flat boot floor to help make loading a doddle. The low height of the 508 also makes it incredibly easy to get bulky items in. 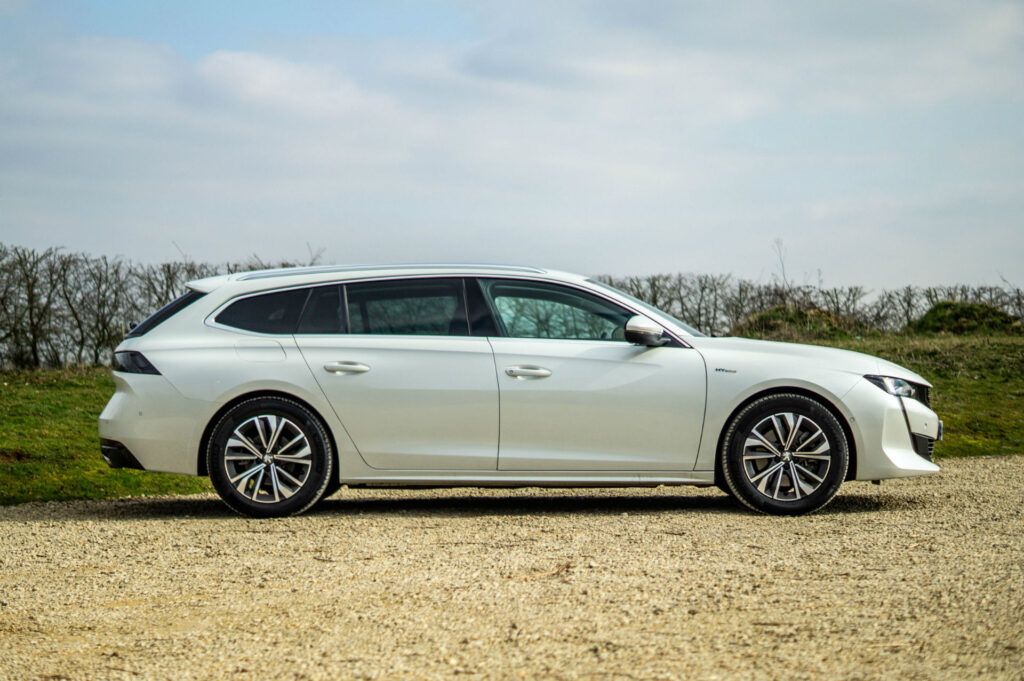 You’ll be buying the 508 SW to make a statement; it takes the looks game to the likes of Volvo but holds its own in a lower, swoopier class.

While the PHEV range is limited, it makes total sense as a commuter proposition; enough range to get to and from a local place of work, with the petrol engine ready to take on the longer family journeys of a weekend. 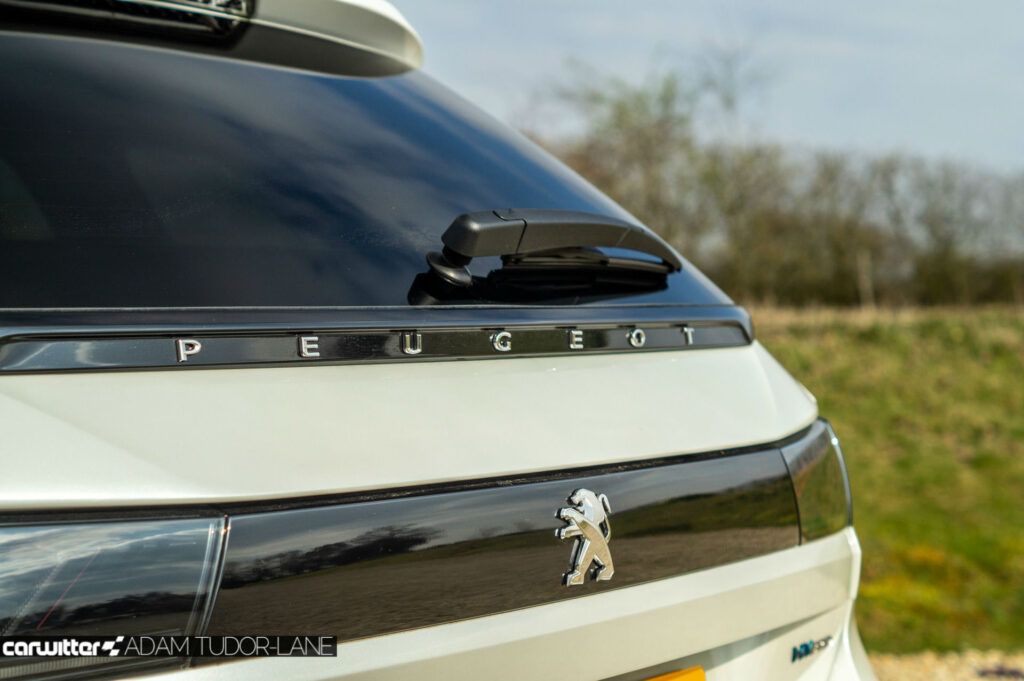 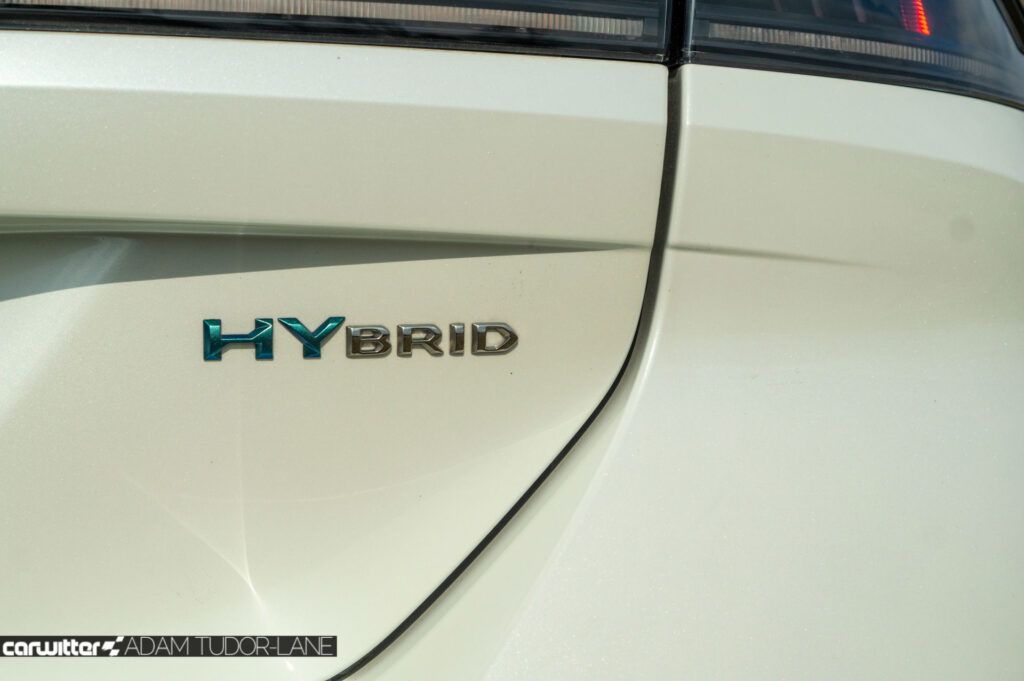 BP Pulse charging network to double in size by 2030