The hot version of the Peugeot 308 is finally here using the GTi name as opposed to the R badge of the concepts.

The newly revived Peugeot Sport division has taken its time on the GTi so what can the new hot hatch promise? Will it be worth the wait? 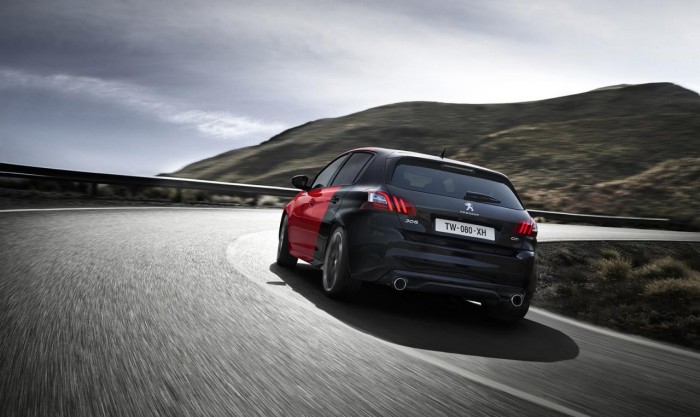 On the outside, for some, that question will remain unanswered.

The 308 GTi takes an accented rather than overhauled approach to hot hatch styling with only the subtle but suggestive dual exhausts, more bling wheels, eye catching (and in some cases ridiculous) hues and it’s badging to suggest its intentions.

An 11mm lowered ride height hunkers it down just that little bit more, too. 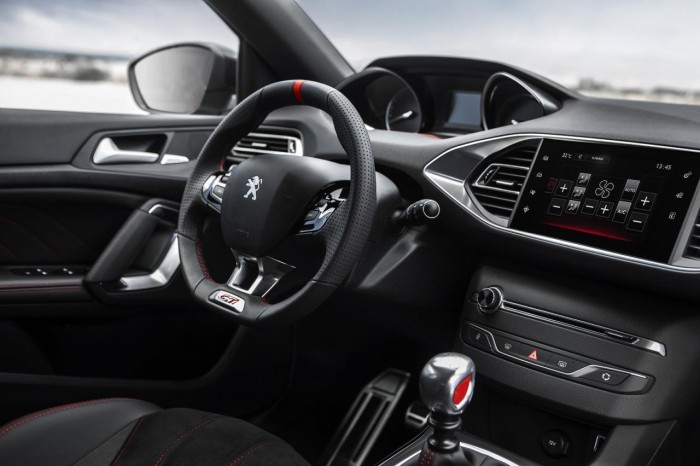 It’s a similar story on the inside where quality circumvents quantity in the attribution of performance paraphernalia.

Some simply won’t warm to it having had their eyes molested by the wings and venturis of a certain recently released Honda product. 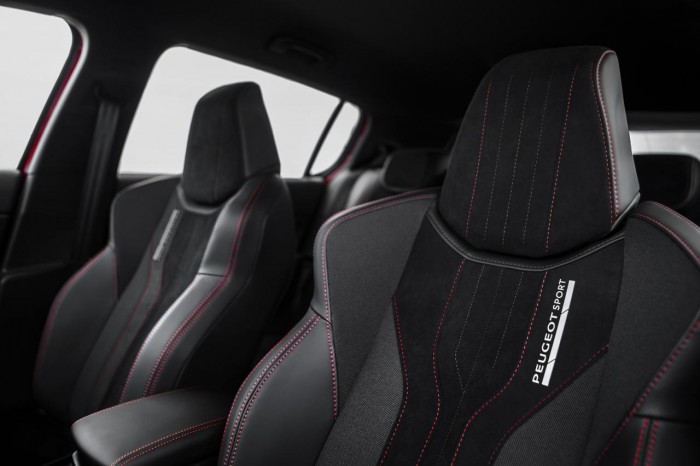 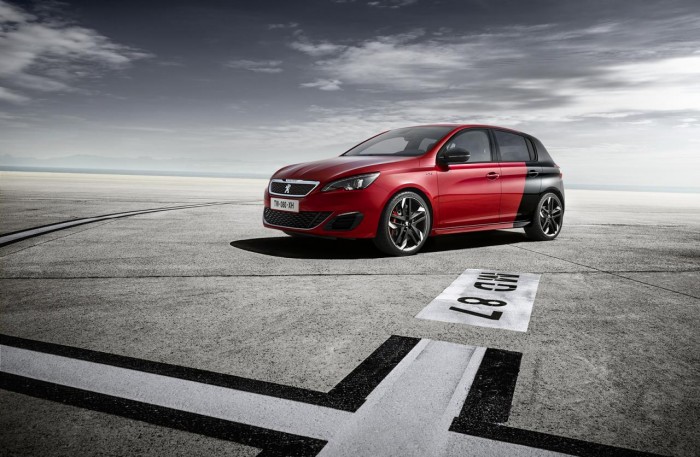 The raw figures are as follows: two versions with 250 and 270 bhp respectively.

The 250 gets standard 18 inch wheels whilst the 270 gets spanglier 19 inch wheels and crucially, a torsen limited slip differential (as tried and tested on the 208 GTi 30th anniversary edition and the facelifted GTi by Peugeot Sport). 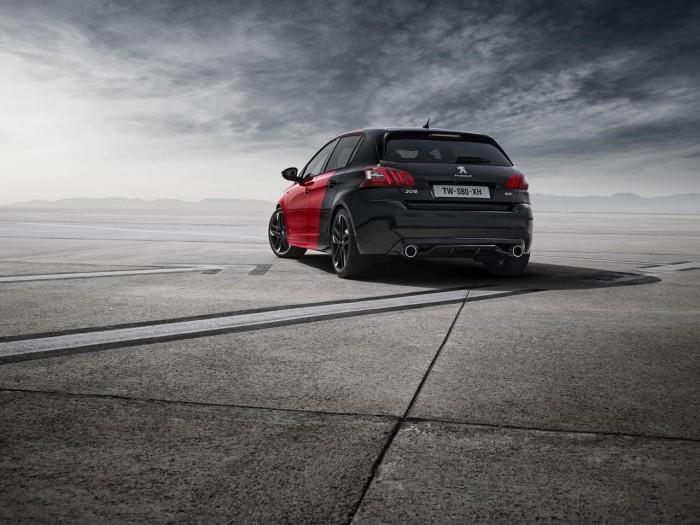 Although the GTi seems somewhat underpowered compared to some of the more muscle bound rivals that have entered the scene of late, it does undercut many in terms of weight.

The GTi tips the scales at 1205 kilograms which for reference is a similar figure to that of the RenaultSport Clio 200 EDC.

A Focus ST with around 250bhp weighs a by comparison hefty 1457kilograms on the curb and thus takes a further 0.5 seconds to get to 62. 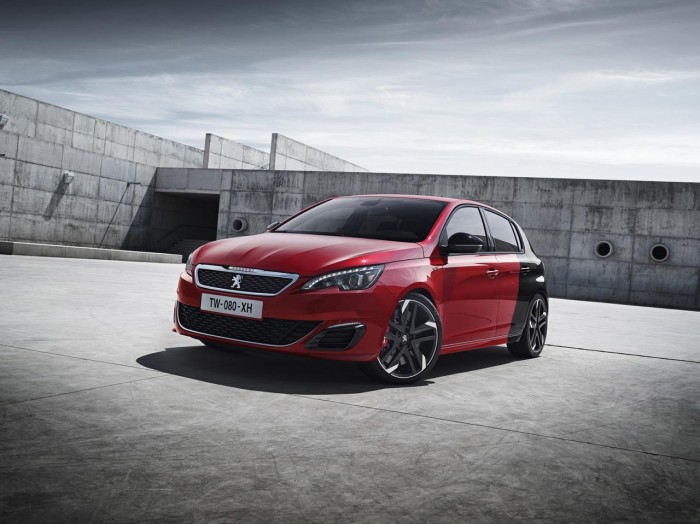 So at first glance indeed, the 308 GTi with its maximum 270bhp offering seemed somewhat breathless when compared with the headline grabber Civic Type R and Ford Focus RS, but the reality is that its target market is a rung below.

It serves to bridge the gap between the conventional crop of hot hatches, and the hyper hatches that have of late permeated the headlines and indeed the lap time leaderboards at the Nurburgring. 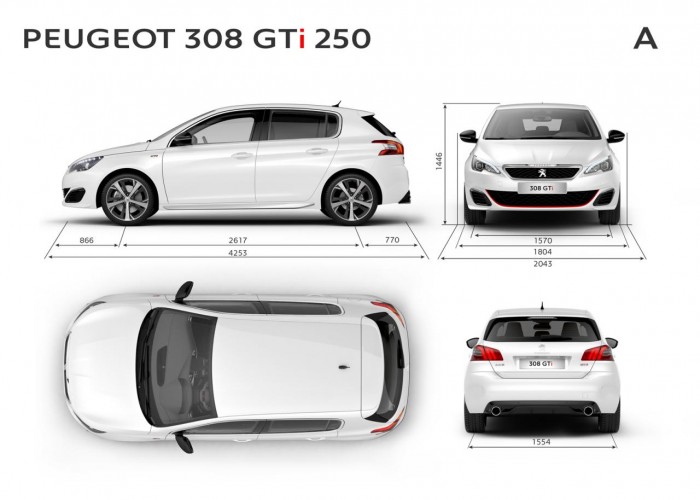 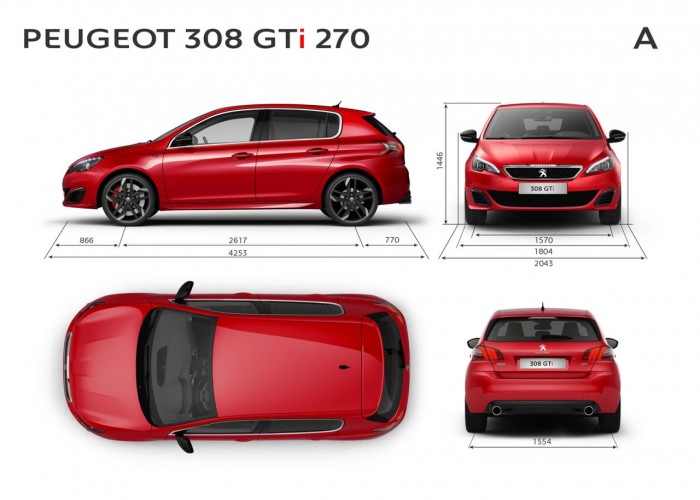 That it starts from £26,000 for the 250 leading up to £28,000 for the 270 only serves to further reinforce the point: that this GTi can in theory take its very specific target market to the cleaners and back again in no time at all.

How the big Pug really compares is something we won’t know until we get behind the wheel. Chassis upgrades, the ability to totally disengage ESP, an updated power steering system and obviously that diff suggest it should be a good drive.

Until then its debut at Goodwood will be the place to get a better look. For now marked optimism replaces initial concern. This car could be the pick of the crop.