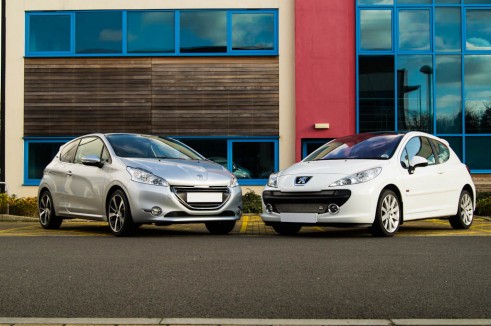 New vs. Old is an age old dispute, so I thought I’d settle this one myself. 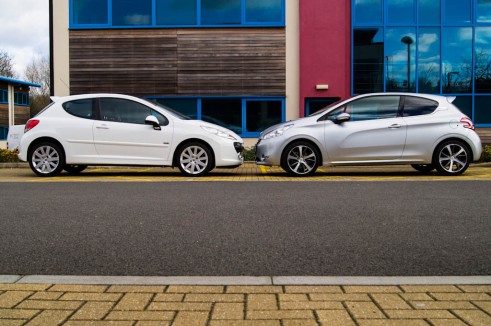 Having the two side by side you immediately notice the 207 looks a bit old fashioned, everything about the 208 is more sculpted, it has more design flare about it.

Peugeot have kept the classic 205 style rear window shape, only this time on the 208 it has become angled once again. They have also reintroduced the 205 inset behind the rear window, however it doesn’t hold a badge; except on the GTI model. 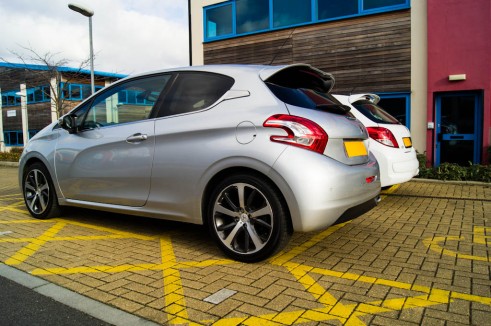 The arches are well filled on the 208, rather than the stilt like look of the 207.

Even though the 208 is a smaller car in length, its only 68mm shorter, which is hard to tell even when parked side by side. This does mean though that Peugeot have cut down on the front overhang, which makes the car look a lot neater.

Everything about the 208 is more upright and compact, the 207 is long and sloping which gives it a faster look, but also makes it dated in comparison. 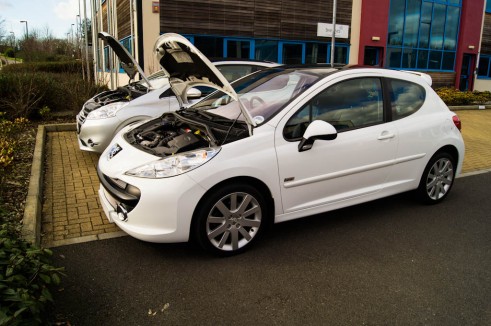 Both of these cars have the same 1.6 THP engine, but that’s where the similarities in the drive end.

Peugeot have tweaked the newer THP’s slightly, they now have 6BHP more as well as an extra 20 NM of torque over the old 207, making 153 BHP and 260 NM of torque respectively.

I love the power of the 207 THP its always got more to give, you press the throttle pedal and it will just pull and pull.

The 208 is the same, but the 84mm increase in width, along with the decrease in weight (by a massive 237kg) have given the THP engine a new lease of life! 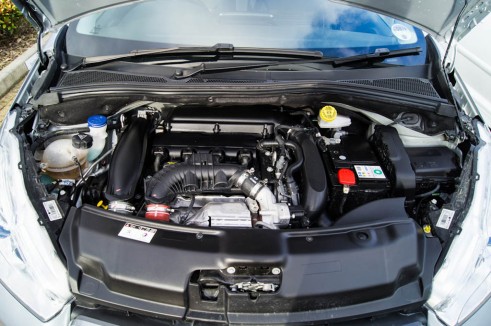 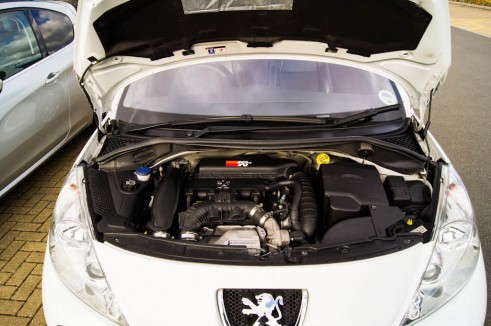 Put your foot to the floor in the 208 and it picks up so much quicker than its older brother. You’re pinned back in the seat and launched into the distance with so much more punch.

One thing that is a real annoyance in the 207 THP is the gear change from first to second. Any time you accelerate hard and try to change up from first you are met with a massive crunch, you have to wait for the revs to drop significantly before resuming your journey.

It’s a design issue with the lower rear engine mount, its present across many THP 207’s. I’m glad to say that in the 208 the change from first to second is flawless!

The 208 also features a 6 speed gearbox, another gripe of mine is that the 207 desperately needed that extra gear. It only cuts the revs down by around 500 at 70MPH, but it makes such a difference. 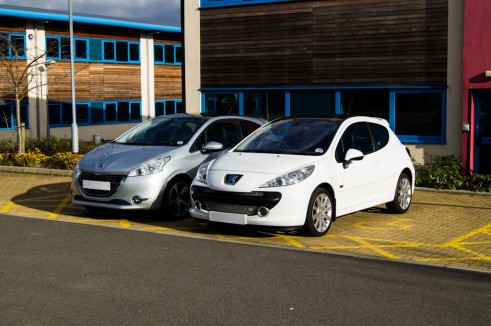 Another major change is the handling, the 207 THP feels weighty when you’re driving down a country road, or going through a corner with any gusto. Body roll is pretty bad which also doesn’t help.

Fling the 208 into a corner or through a chicane, and you are rewarded with a relatively flat setup, body roll is minimal and the weight issue has gone. It really feels as though you can push the car a lot further without ending up in a field. 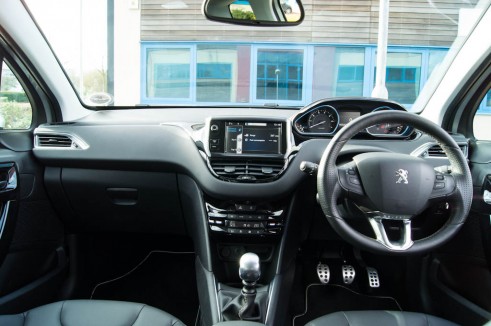 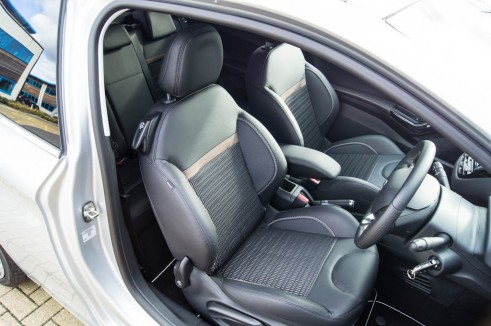 This is where the 208 blows away the 207, build quality inside is amazing. If you have ever sat in a Peugeot 206 and then in a 207 the difference is unbelievable, and Peugeot have done it yet again.

From the built in touch screen, to the light up dial surround, everything is so fresh and modern. Gone is the deep dash and push button radio of the 207, along with the huge steering wheel; the whole interior looks rather archaic in comparison. 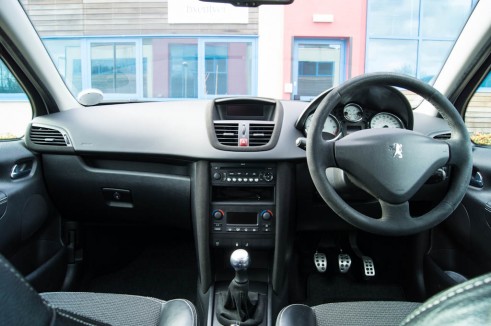 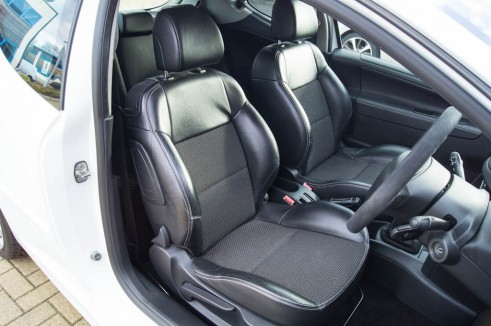 Some things have been kept on the newer model though, the Aluminium pedals (which were originally used on the 206 GTI 180), the window switchgear, and steering wheel control stalks. The only exterior item that has been kept from the 207 are the door handles.

One new feature that I’ve always yearned for on the 207 is an arm rest, and the 208 THP is fitted with one. It does hinder gear changes when down, but when cruising along the motorway its bliss.

Both have panoramic glass roofs, which I think looks great; especially on white models. 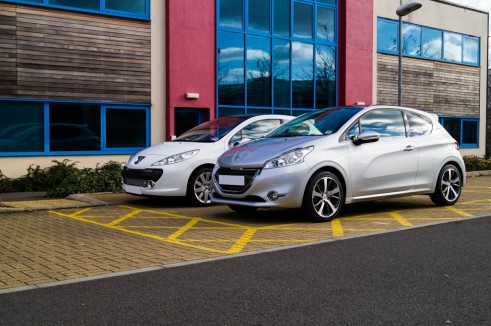 Peugeot have upped the game in every way possible, acceleration, build quality, tech, and external appearance. This latest 2 0 model now feels like a premium car, and Peugeot have fixed all the little bugbears that I live with as a 207 THP owner. 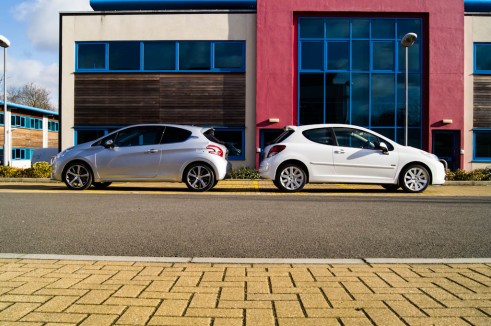 2014 Kia Optima gets a facelift

Batman stopped by Police in Marlyand