Petrol is below a pound a litre…time to buy a V8!

As titled this article sounds like its going to be fairly specific. Indeed, why not a 6 or a 10 or a 12? We agree, yet such is the wealth of choice of 8 cylinder vehicles from a plethora of manufacturers, these are, for the sake of a varied sample, what we shall be discussing.

The overall message? Go out and buy that gas guzzler you’ve always wanted! Why? Because petroleum is at the cheapest that it has been in years in the UK!

Feel free at this point to scarper off to your chosen classifieds. If you feel inclined to celebrate cheap fuel by burning a lot of it, but don’t know what you want to burn it with, then hang about. We may have some suggestions.

They’re the most V8 hungry market in the world and hence the big three Chrysler, General Motors and Ford Motor Company have been pumping them out in trucks, muscle cars, sedans and prams (probably) for years, so there is an enormous amount of choice.

Obviously such offerings are less widely sold beyond our chalky shores, so depending on your preferred choice, you may have to do some digging.

The Chevrolet Corvette shall be my chosen representative of this noble breed. By and large a commendable sports car in its own right, but mostly lumbered with interiors made out of melted down prosthetic limbs, the Corvette is a marmite vehicle. But it is one of the most iconic American cars of all time, and is consequently surprisingly well seeded in the UK. 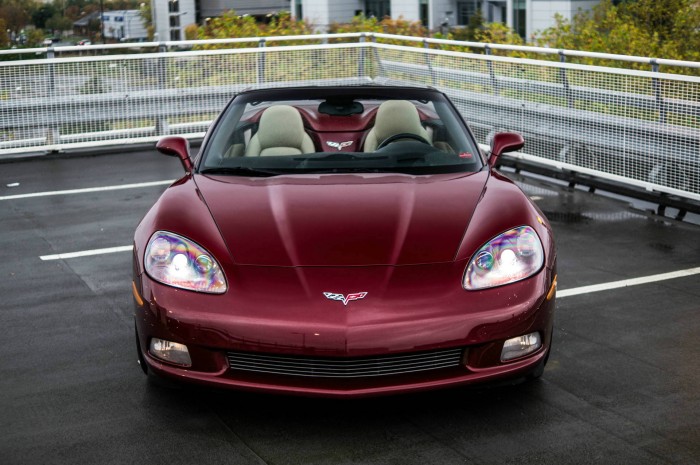 Due to aforementioned cheap American yuck, Corvettes are relatively cheap from new and as such only plummet further in the second hand market. C6 generation cars of the past ten years can be procured for around £20,000, and the 400bhp LS motor is a proven totem of reliability and affordable maintenance. 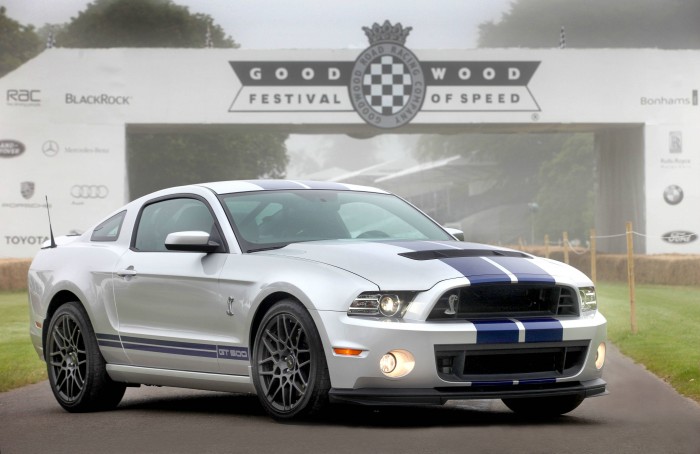 The Ford Mustang is also worth a look, as is the more recently re-introduced Chevrolet Camaro. All will be grim on the inside, pretty on the outside, reliable under the bonnet, deliciously burbly out back, and cheaper than the wives of the men that built them.

Massage your inner hillbilly still further with the representative trucks of the stated manufacturers, which will run similar engines to their sports car cousins, but will probably be a bit rarer over here.

Just make sure you have the space… 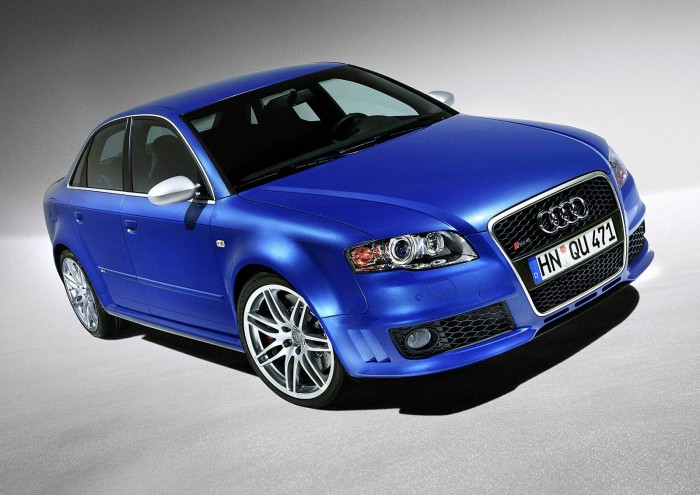 Going gloriously cheap at the moment are early 2000s Audi S4s which run the iconic yet troublesome and expensive to maintain 4.2 V8. Yes, very similar to the lump sat midship in the first gen’ R8 which of course came from the spicier and at the moment equally attainable RS4.

If you have an unexplored penchant for burbly Mercs, then the classifieds are a veritable unopened chocolate box of 8 cylinder monsters in all forms. 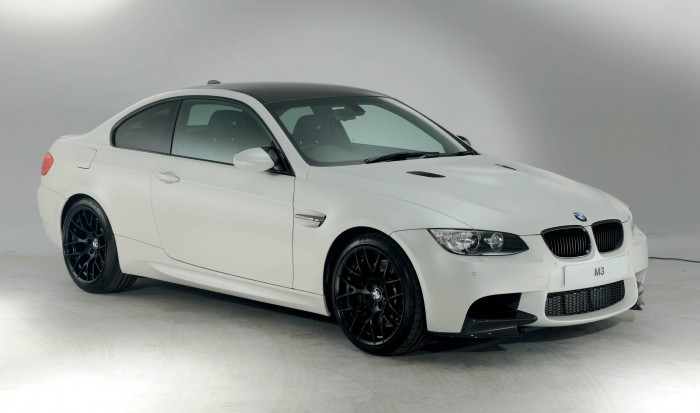 Early SL AMGs will be supercharged, later E AMGs will be turbocharged, much in-between comes naturally aspirated. The E92 BMW M3 and E39 M5 both run delicious low capacity high output high revving V8s and are between ten and thirty thousand pounds at the moment.

BMW M are of course no stranger to other cylinder counts and layouts as i’m sure you’re all aware… What do all of these German giants have in common? They all could incur servicing and componentry costs that exceed the purchase price of the cars themselves. Be acutely aware of the financial commitment these cars can demand before purchasing.

The British V8 is a slightly more specialised market, but one that is fraught with unique pleasures, frustrating problems and surprising upsides!

The biggest player will be the Jaguar lump that has graced the engine bays of many a big cat over the past 17 years. It’s also featured in Land Rovers but we’ll focus on the sportier stuff… 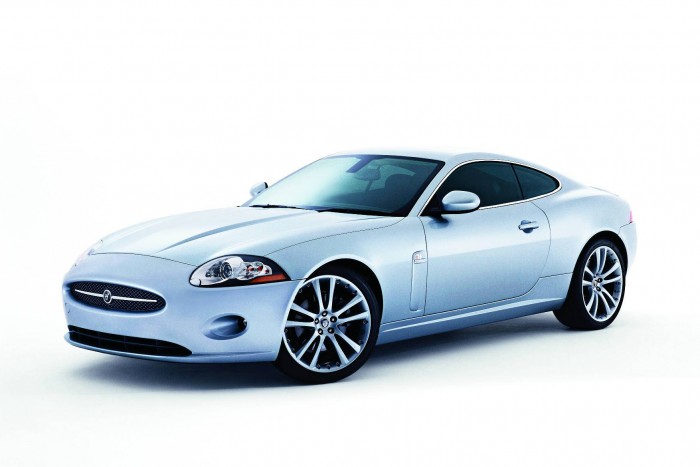 The later your choice of Jag the higher capacity it will be: The engine evolved through 4.0, 4.2 to 5.0 capacities over the years whilst at various intervals featuring supercharging, and the XK to which it is most famously fitted is unarguably beautiful. Even the earlier model is pleasingly slender looking nowadays.

If you want the looks in a (slightly) more practical body, various S Type and XF saloons received the unit in some of its most potent forms.

It’s age and volume of production will make it easy to find your perfect car, and with luck easy to find a specialist that will look after you at reasonable cost. The fact that we are the big cats home market works in your favour for parts and maintenance, too. 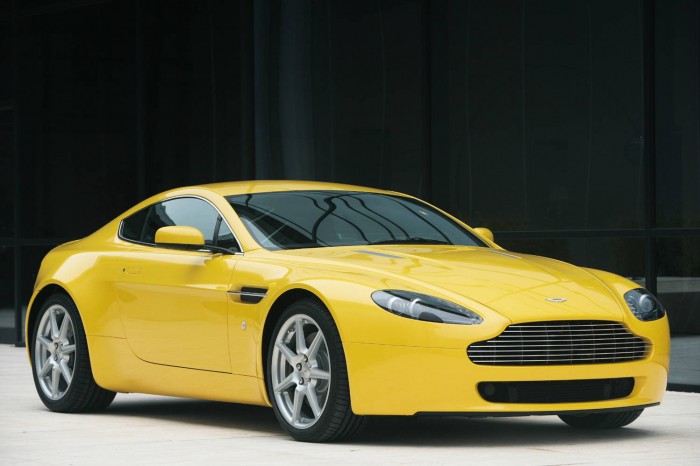 The Aston Martin V8 Vantage is the unsung underdog here and if you’re looking for something with a bit more exotic prowess it’s a good shout. Objectively you’re probably going to get a bit less bang for your buck as Astons hold their money much better than the equivalent cat. You will be accused of wanting to be James Bond, but who cares! You’ll have an Aston! Your first date game will be unbeatable!

It sold well here (it’s one of Astons most successful cars) and there are a smattering of specialists across the country. Buying and maintaining British cars counts as patriotism, so quite a few of us do it apparently. As beautiful as they are, our British automotive heartthrobs can be temperamental, so choose carefully, haggle cleverly and try and snag a warranty to avoid silly costs.

Ahhh, the Italians. The least sensible and arguably most desirable avenue of enquiry! Fancy a Ferrari or a Maserati? Of course you do… but it’s an enormous financial commitment. At the more attainable end 3200 and 4200 coupes from Maserati are available in good condition for between ten and fifteen thousand. 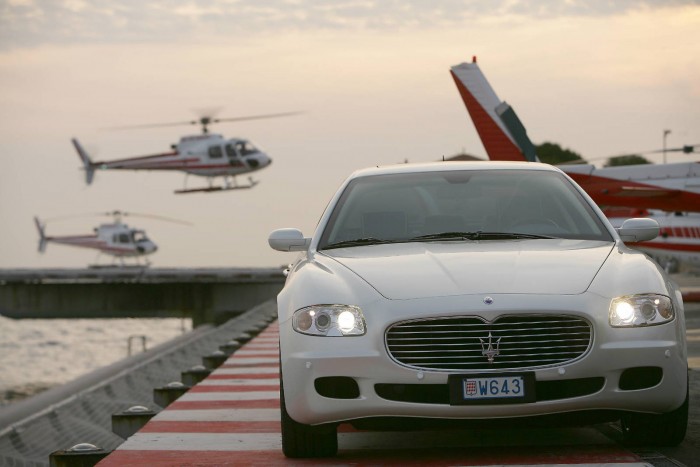 The slightly more modern Quattroporte is the more justifiable similarly priced choice, but keeping the books stamped up with these as with any faster Fiat is going to be hellaciously expensive: A warranty is essential!

Obviously the first thing that springs to mind when you say Italian is Ferrari, but it’s not happening at more realistic prices. Forty thousand is ball park for a bad 360. If you’ve got the cheddar both for purchase and maintenance then god speed, but even sub one pound per litre fuel couldn’t spurn me to take that risk.

So theres our general account of what the cheaper prices of fuel could potentially be justification for buying!

Of course the high octane stuff necessary to run each of the suggestions (bar the Americans) is over a pound a litre but frankly nor you or I care. It’s just an excuse!

For maximal savviness take the plunge before the warmer months bring the price of sporty cars back up. Now I’m going to bid you all luck in your treacherous journey across the classifieds whilst I reembark on mine.

Let us know what silly car (not just V8s!) you would/will be celebrating the cheap fuel with. 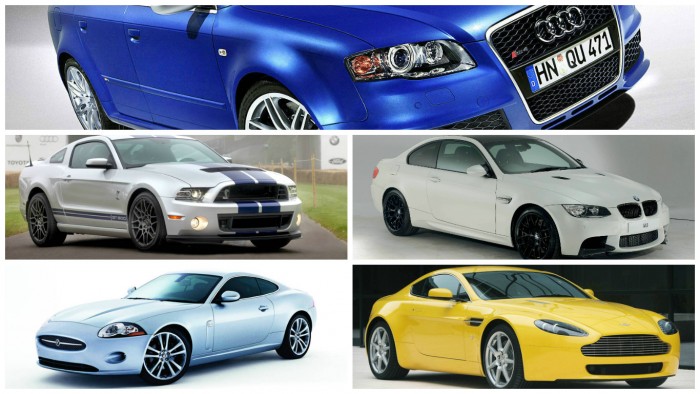