Needless to say we can thank Lamborghini for what is arguably the main shock debut for Paris 2014.

Following in the footsteps of the outrageous Urus, Estoque, Veneno and Sesto Elemento, the Asterion is the latest in a long line of one off concepts and limited run unicorns.

I would suggest however, that even at this early stage it is a concept to be taken more seriously.

If you heard someone say ‘Lamborghini are trying to get noticed’, you’d be forgiven for exclaiming ‘when are they not?!?’, but this particular concept Lambo carries a more serious message.

A technological payload to take the fight to Mclaren, Ferrari and Porsche.

The Asterion is indeed Lamborghinis first hybrid- denoted as such in the ‘LPI-910′ tag. I for ibrido- Italian for hybrid.

In quite typically Lambo’ fashion,  its a pretty brutish effort- if such complex exercises of electrical/petroleum calibration could be so described.

The result is a whopping 910 horsepower and a concept that as of its unveiling carries the prestigious title of ‘most powerful Lamborghini ever made’.

‘Simple’ set up aside, it can irrefutably be declared as Lambos first foray into a method of propulsion that is looking increasingly like it will be the lifeline of the performance car. 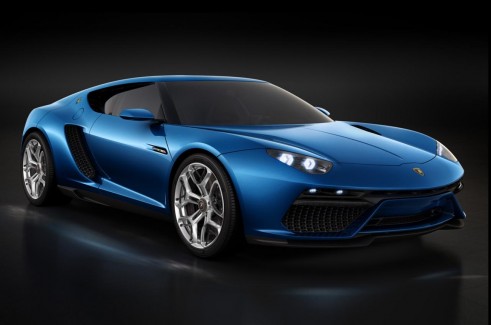 As a design piece there is a definite whiff of ‘Lambo of old’ in that outline which is no bad thing.

Jalpa and Espada both sport a timeless shape that defines a side of Lamborghini less well remembered than its sillier stuff, but no less respected or revered: faithfully replicated, if somewhat less tastefully, on the Asterion.

Smatterings of Huracan and Aventador lunatic louvres understandably litter it everywhere else. The hexagon design theme introduced on the Huracan also makes an appearance.

The ‘hyper cruiser’ as Lamborghini describes it has a rather more traditionally appointed cabin with the use of cream and brown leather adding another homage to the 70s era of Lambo super GTs.

If production were a possibility we could expect it to have F12 and FF firmly in its sights.

To conclude, the Asterion is an interesting statement being made by Lamborghini.

A technological look to tomorrow, wrapped in echoes of yesterday and today.

Its proving to be a hit or miss on the web- for me its a hit. Lamborghini is showing they can be bold without making something utterly abhorrent.

Im sure some of the more eagle eyed readers will have noticed I didn’t include the tumorous Egoista in the aforementioned list. You needn’t ask why. More of this Lambo, please.

Don’t, however, place any bets on whether it will make production. Lamborghini is very selective about what it takes to the showroom floor from those of a motorshow.

So far none have made the cut although the Urus SUV is expected to break that trend in pursuit of the deluge of sales that the segment enjoys.

I for one, hope the Asterion follows shortly thereafter. 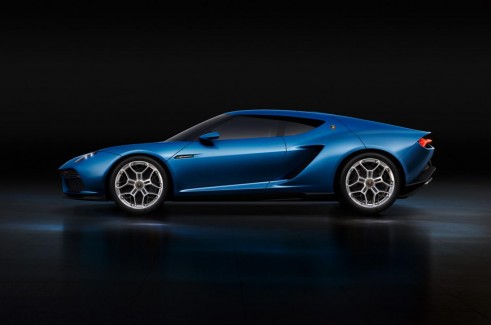