Honda is back with the latest iteration of the concept for its to be released Civic Type R Turbo. Now quite late into its gestation, Honda is heading a devastating hype campaign in the build up to the return of the iconic brand- a part of which being the return of this concept. 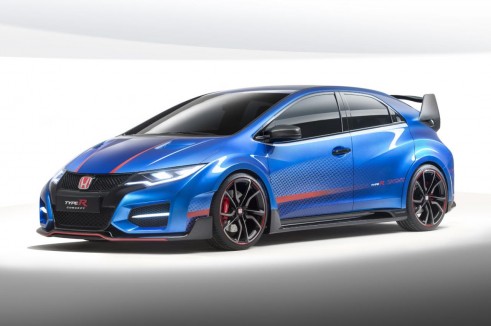 We can reveal very little that is new for the Concept II besides the eye-catching new blue hue but Honda isn’t resting making some fairly bold claims for the hot hatch.

To take the Nurburgring Lap record as well as be “better than the NSX”. To live up to that it will certainly have to be the “sensational driving experience” that Honda so fervently claims. 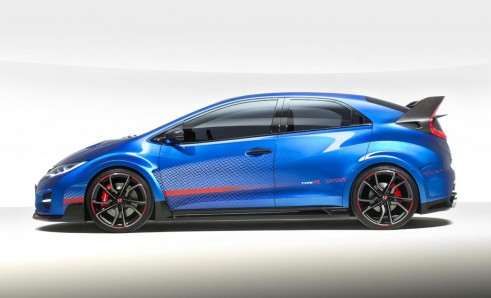 280 horsepower remains the quoted figure although something north of 300 has been mentioned before. A worrying redline figure of 7000 RPM has been quoted. I say worrying in wake of the legendary N/A 9000 RPM V-Tecs of old. Turbocharging places certain limits on that range.

The new CTR should sport a new ‘steer axis’ system for better control of torque steer and a four point adaptive damping system that adjusts the cars road placement at its vertices to a “split second” standard. 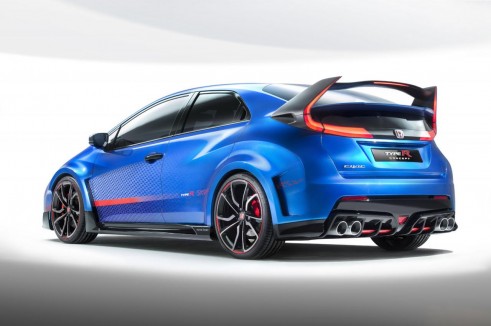 Either way, for now, Honda appears to be drumming up a veritable hurricane of excitement for the return of their most iconic badge.

I would say they’re winning the publicity war in comparison to brands like Nissan with the Pulsar Nismo. Type R Concept II is to grace Paris before a full production reveal expected at Geneva 2015. Expect something new on the NSX revival then as well.

Heres hoping for those fantastic wing mounted light horns at the rear making it to showrooms.