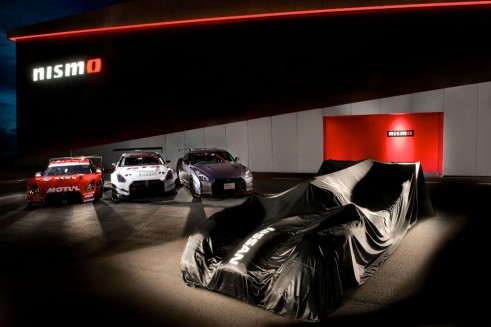 Nissan are to take on Audi, Toyota and Porsche at Le Mans and the World Endurance Championship in 2015.

The Japanese marque announced it’s new programme today as a follow up to this year’s garage 56 entry a the endurance classic.

Launched in London the new LMP1 car will be named the GT-R LM NISMO and should debut at the season opening WEC round at Silverstone in early 2014.

No further details on the programme have been announced but Nissan say it will be yet another different take on the LMP-1 rules that have already brought three completely different approaches from the three current manufacturers.

It will be the first time Nissan have competed as a works team at Le Mans since 2000, it has been a major player in the LMP-2 field with its engines since 2011.

You don’t go to Le Mans to just turn up.

Believe me, I think this is the car that will go down in the annals of time and be one of those cars which will be long remembered, not only for the fact that it will have won Le Mans but also that it reset the real meaning of NISMO as a link between success on the track and success on the road.