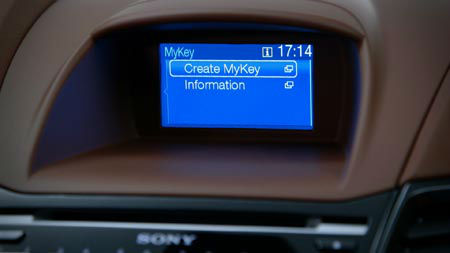 From December Ford will release an industry first system that enables parents to place restrictions on their kids driving. The system called MyKey enables the car to recognise multiple keys which are pre programmed with different settings.

Some of these settings include:

To me it all sounds a bit too much, yes its true that drivers under the age of 25 are twice as likely to be in fatal accidents than anyone else. But limiting a cars functionality isnt the way to go about cutting this. Safe driving should be taught in secondary schools. Including some sort of driver tuition into the curriculum would help no end, the government have done it for Sex Education, so why not for driving?

Another thing i think is dangerous IS limiting a cars top speed. Certain conditions do require you to have that extra speed to get you out of trouble, or avoid a situation caused by someone else. I can just imagine every parent limiting their car to 50MPH and deeming that to be safe…..when the likelihood is they will be holding up other motorists, which will then result in someone performing an overtake, that is far more likely lead to an accident. Also driving at speed is a skill that needs to be learnt and confidence has to be gained, if you are limiting drivers and never letting them achieve motorway speeds surely this is creating worse/less confident drivers in the long run?