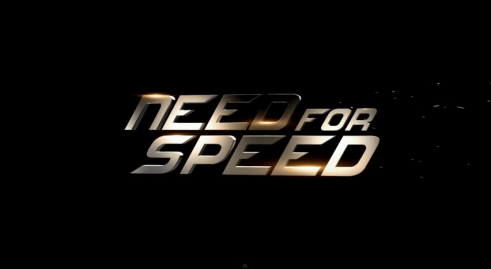 Having played Need For Speed games for most of my life it was pretty obvious i was going to go and watch the film…they had me aged 9!

After waiting a long time for this film to come out i was excited to finally see it…but didn’t have high hopes, and thats mainly due to the more recent Fast & Furious titles. They have taken realism and stretched it past breaking point with that franchise, and i feared Need For Speed would do the same!

Not wanting to ruin the film for anyone il stick to outlining the plot.

The film starts out propositioning the rivalry between Tobey Marshall and Dino Brewster, racing since kids Dino made it big whilst Tobey ended up running his dads auto shop.

This rivalry comes to a head with an Agera race, Tobey ends up going to prison and 2 years later he comes out and heads straight to the De Leon – a winner takes all race between 6 cars – to beat his arch nemesis Dino and uncover the truth about surrounding what really happened the last time they raced.

I shall leave it there! 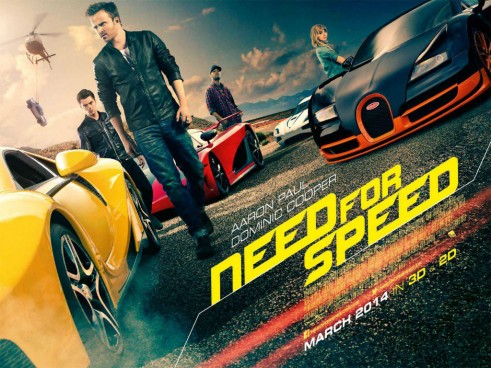 There is a lot of racing action in this film, and thanks to barely any CGI its all real which is excellent – in this sense it is far better than the recent Fast & Furious attempts.

There are however one or two scenes which really let the film down, one involves a car being picked up by an Army Helicopter, another is a Dukes of Hazzard style jump over 2 lanes of traffic (see image). 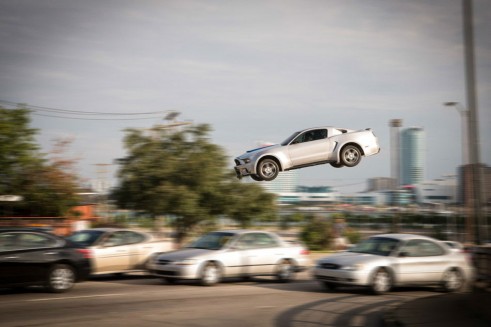 Plot wise its pretty average, the rivalry is overblown in places and simply wouldn’t have happened that way, occasionally the lead characters take things too seriously too; which makes some scenes laughable. 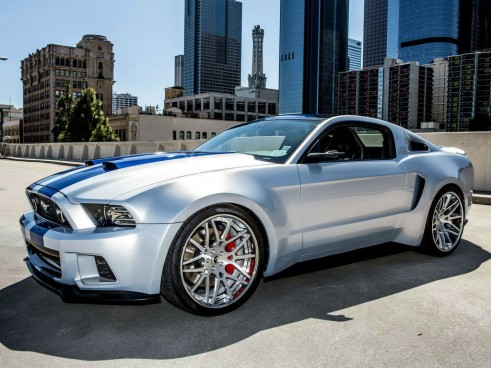 Ford must have put a ton of money into this film too. Mustangs feature throughout, the main hero car being a 900 HP modified Shelby GT500 which is stunning. They also manage to shoehorn in the brand new Mustang right at the end (more on that here), rounding off what can only be described as one big Ford advert.

Koenigsegg also feature heavily with the Agera. All of the cars that were used on screen are just bodyshells built over space frames, each one cost around $300,000 and look exactly like their real life counterparts. In the end they nearly all end up getting written off! 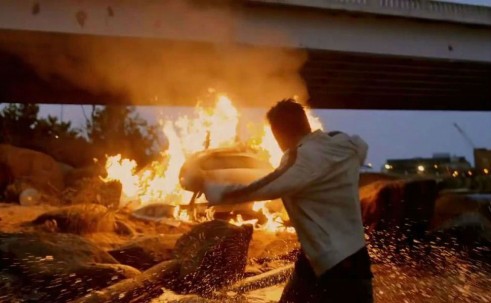 I would have preferred a more sensible, true to life Need For Speed.

But when you remember that it is actually based on a computer game you can forgive it somewhat.

The chase scenes and racing look as though you should be controlling the action via a console in your living room, and it was great to see that translated into the real world.

Yes the characters are cliched, yes you have seen the plot before, yes some of the stunts are unrealistic, but on the whole you need to go and see this for the brilliant non CGI old school driving that features heavily in this film. 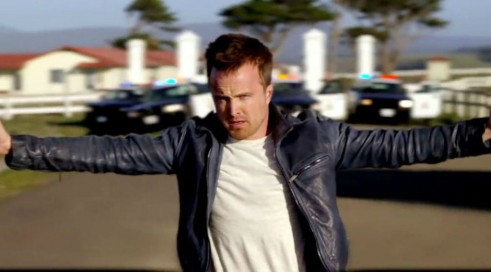