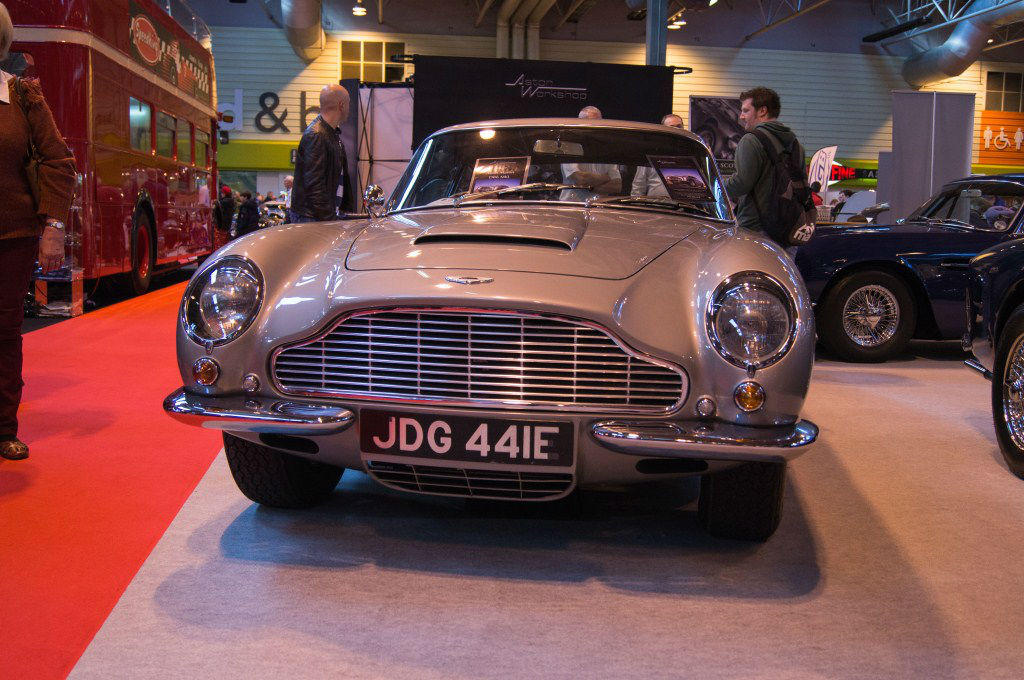 Last weekend saw the Classic Motor Show return to the NEC, spread over a massive 11 halls with a floor space of 82,000 square metres, it was a very big deal!

We decided to turn up on the Sunday, hoping it would be a bit quieter, which thankfully it was! The show was still busy but you could easily walk around and get close to all the cars. A twitter follower of ours had tipped us off to head over to the Dream Rides section ASAP. This part of the show was run by Sporting Bears, a charity that organisers owners to take paying punters out in their exotic cars. You donate a certain amount, £5 up to £100+ all of which goes to the charity. Each owner foots the bill for the petrol and wear and tear! 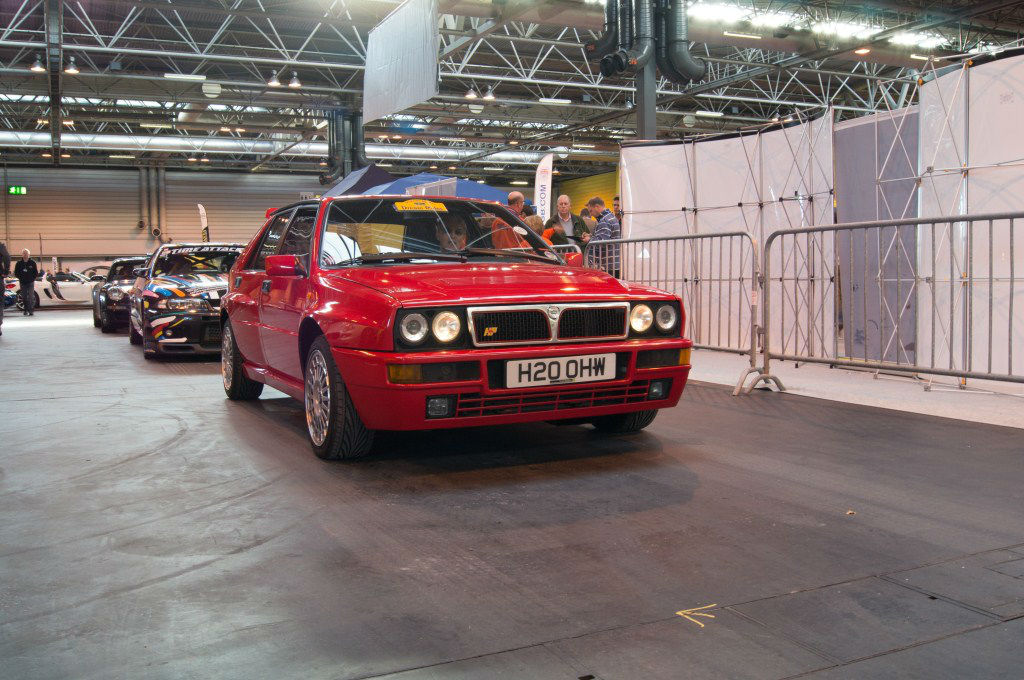 Having looked over all the cars on offer, we chose a very nice red Lancia Delta Integrale. We waited until our allotted time, and then the beast rolled up to us. Paintwork gleaming it looked as though it was fresh out of the showroom! The owner (Nigel) welcomed us aboard and along the drive; we found out that he had been the only owner from new. It was bought in 1988 and lovingly looked after for the next 25 years, the car even had the protective plastic on the door cards from new, it was truly a cherished car. I would recommend the experience to anyone, two of us went out for the drive so it was £12.50 each for about a 20-minute circuit. To feel that raw 80’s, four-wheel drive turbo power was incredible! (Sporting Bears raised £35,000, from around 1000 Dream Rides at the event). 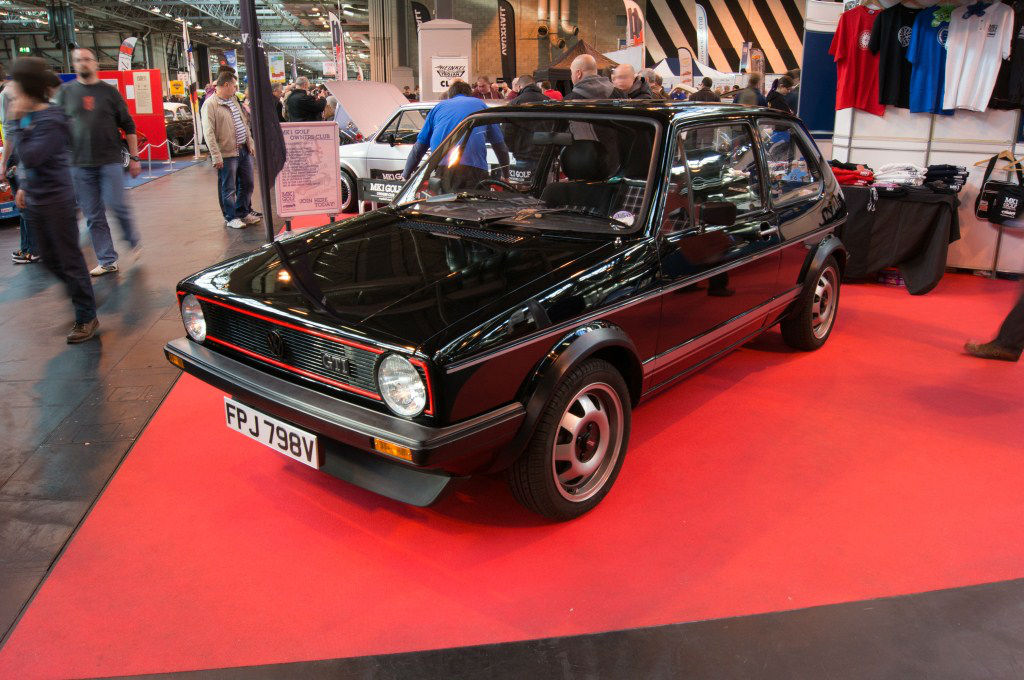 My pre conceptions of the show where completely unfounded! I had an image of it being all 1920’s and 30’s crank start contraptions. It was far from it! Every car I grew up looking at in the early 90s was there. Astra GTE’s, MK1 Golf GTI’s, Peugeot 205’s, and exotics such as a Le Man XJ220, Bugatti EB110 and a DeTomaso Guara. The latter two I have only EVER seen in books! 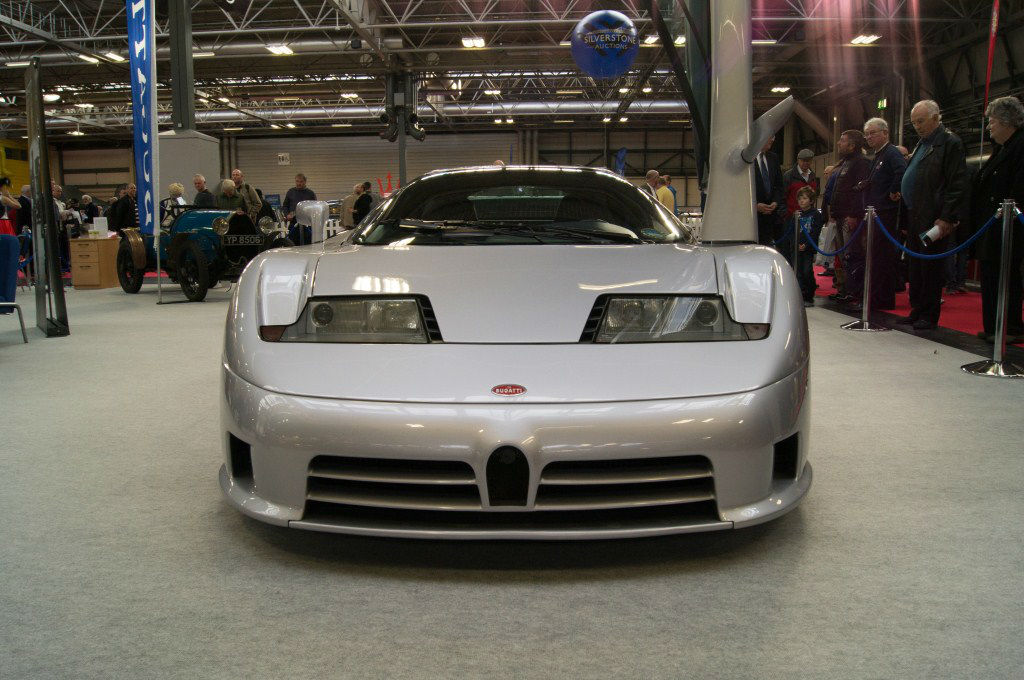 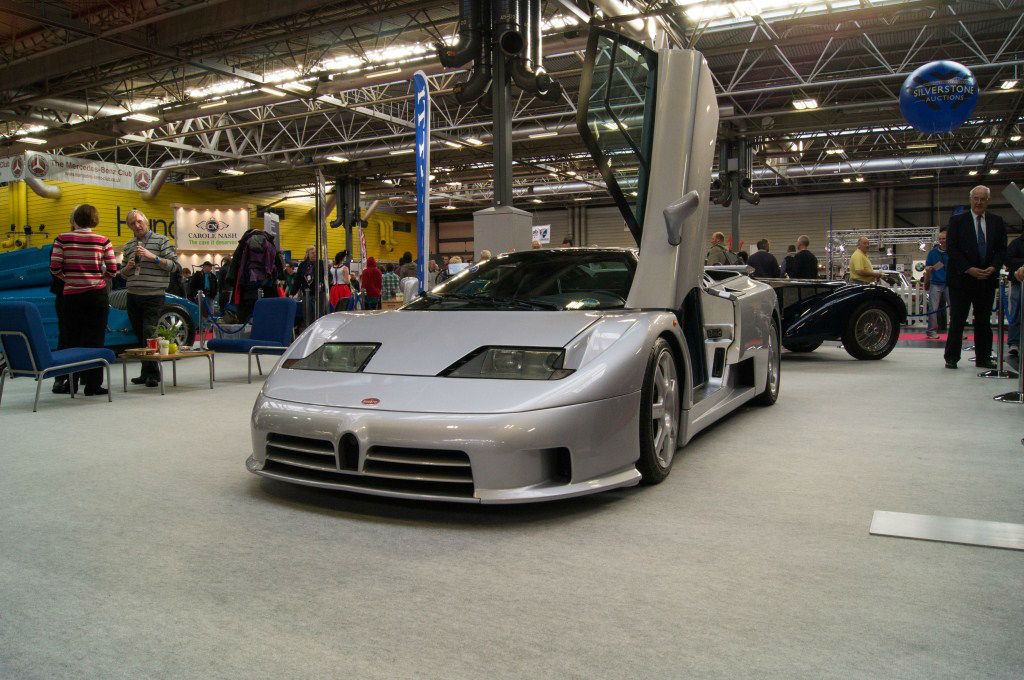 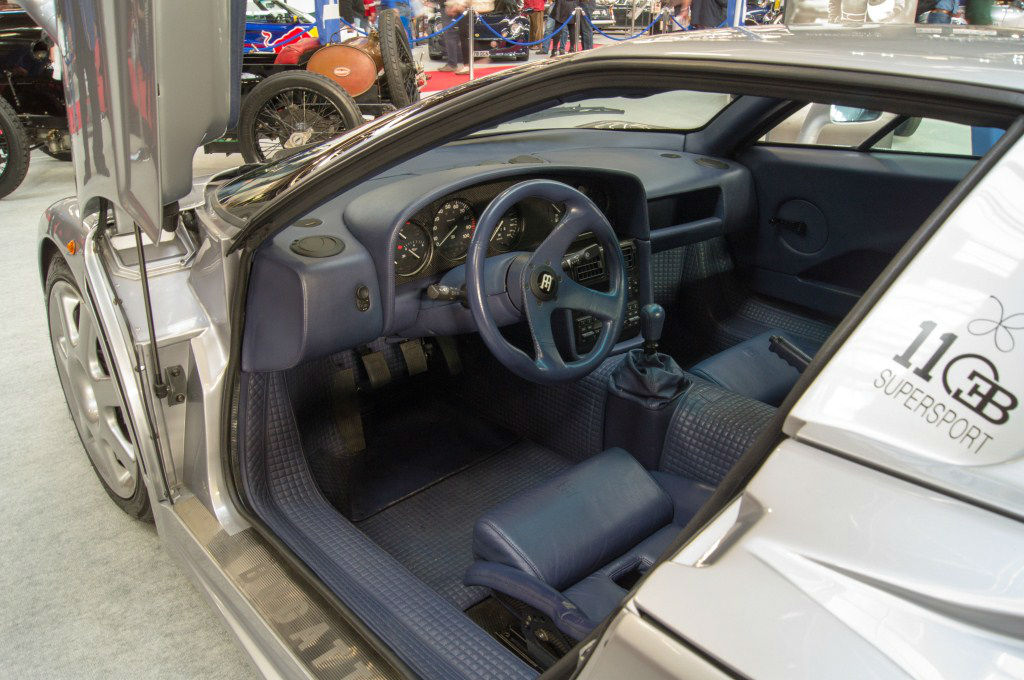 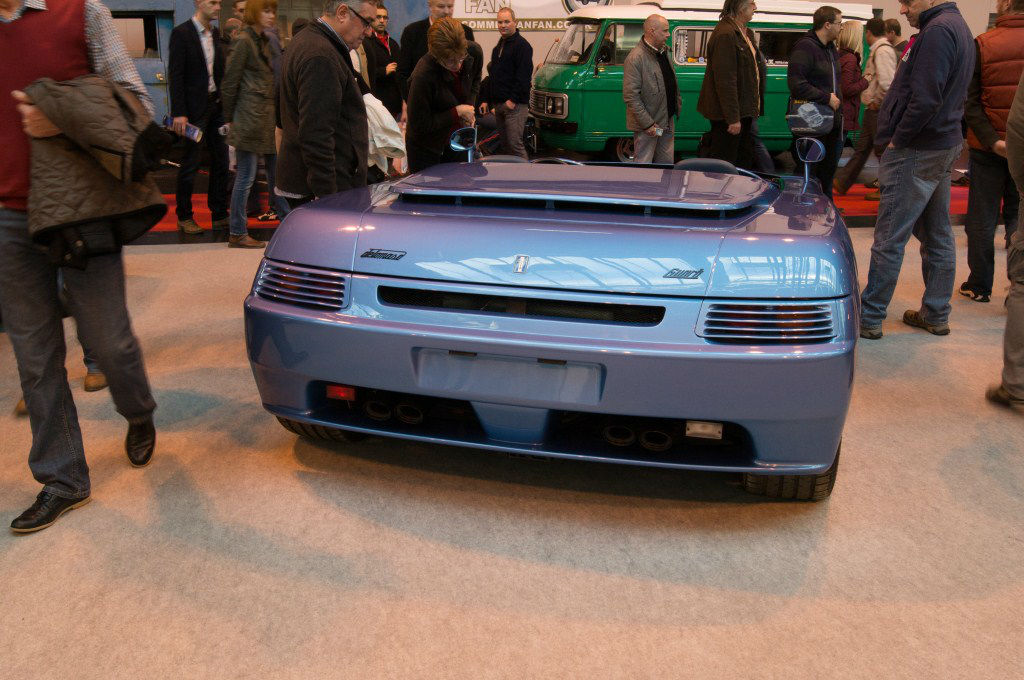 There was an American Muscle car section, which was also stunning. Cars that I have never seen in the flesh just sitting there, shining, with perfect paintwork, and gleaming engine bays. We came across a very nice Dodge Charger R/T as well as a Camaro RS. 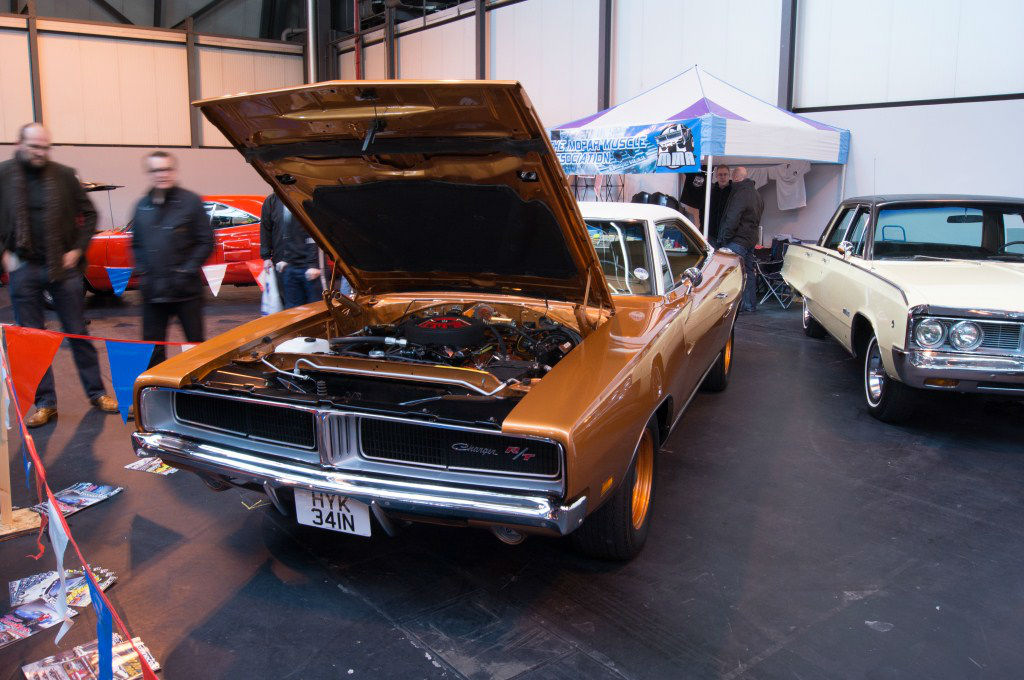 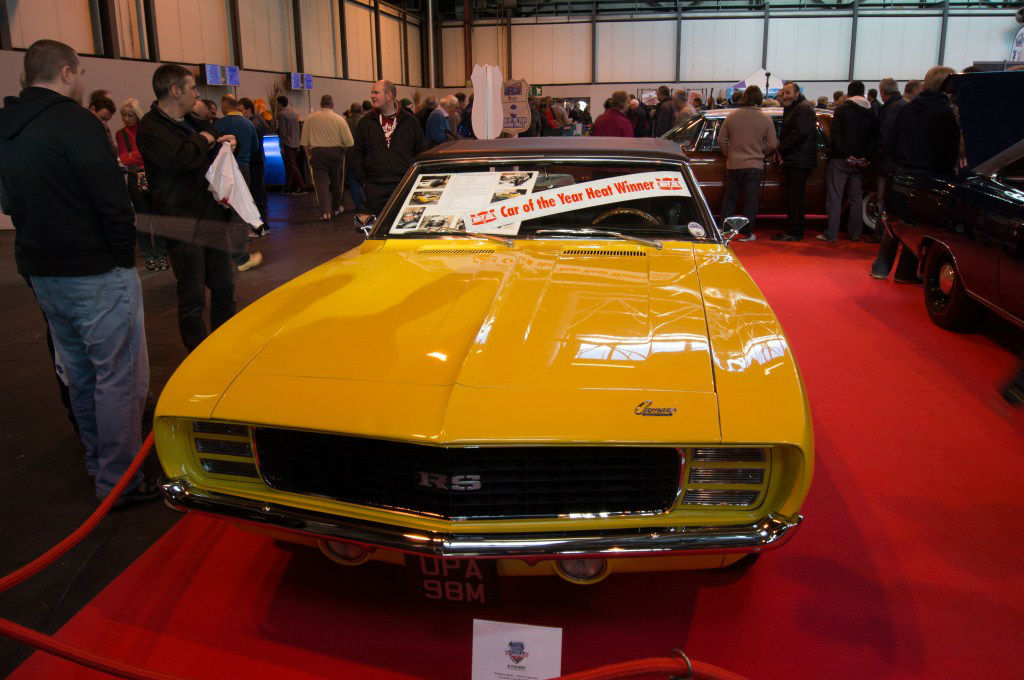 Moving down the halls there was a wide range of displays, from owners clubs to specialist stands showing off Military hardware. A favourite of mine was the “Iraqi Freedom” USMC Hummer, the size of it, and to see it all kitted out inside was great. I would absolutely love one as a daily driver (yes with the big gun on the top!). Another interesting display was the one of Ex Police cars; it included the Range Rover that escorted Princess Dianna’s funeral procession! 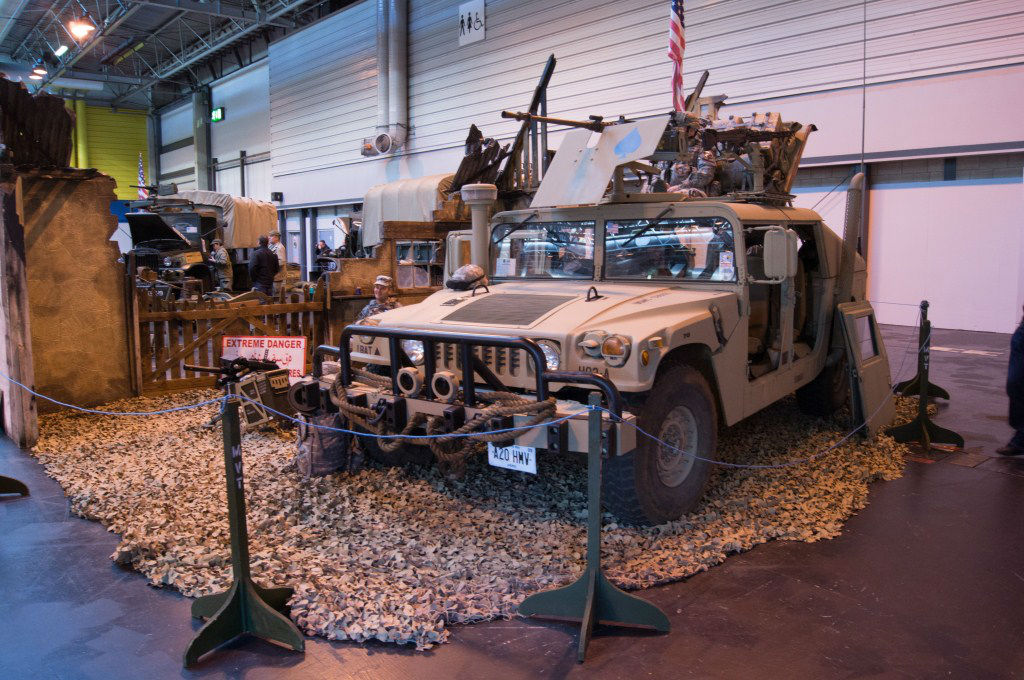 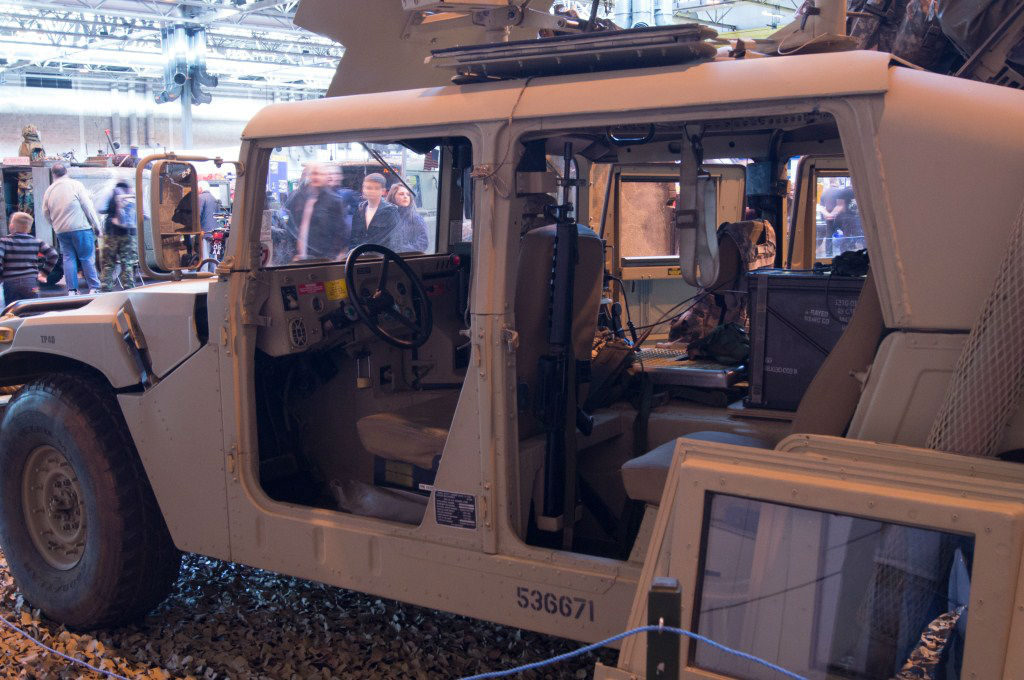 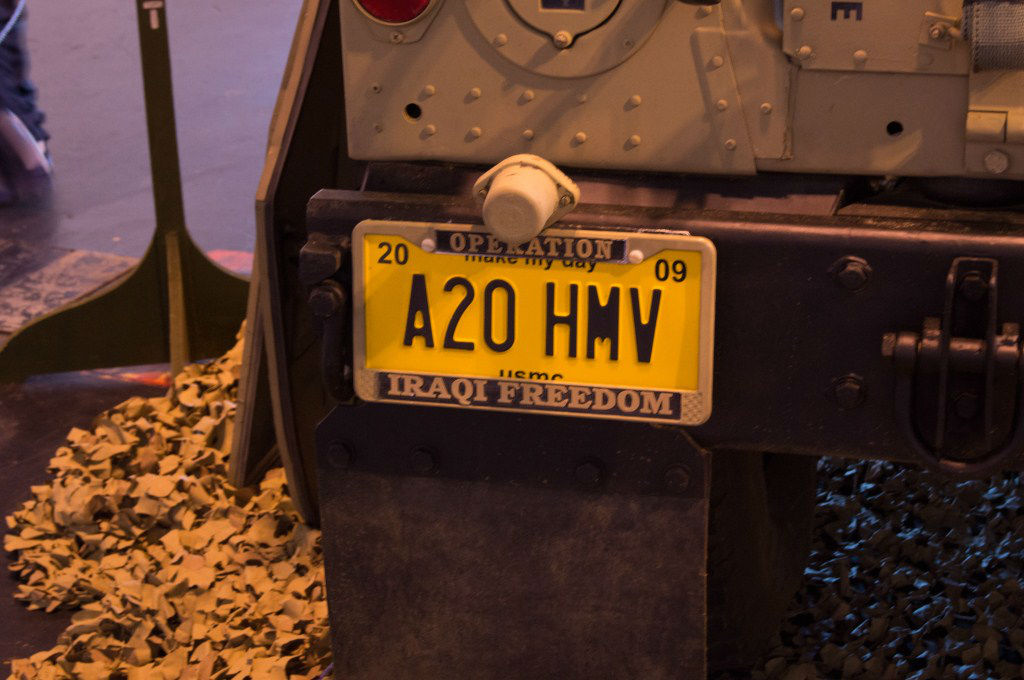 Another cool find was the very last Capri! In pristine condition with the original sign and floral display that was used as it rolled off the production line. 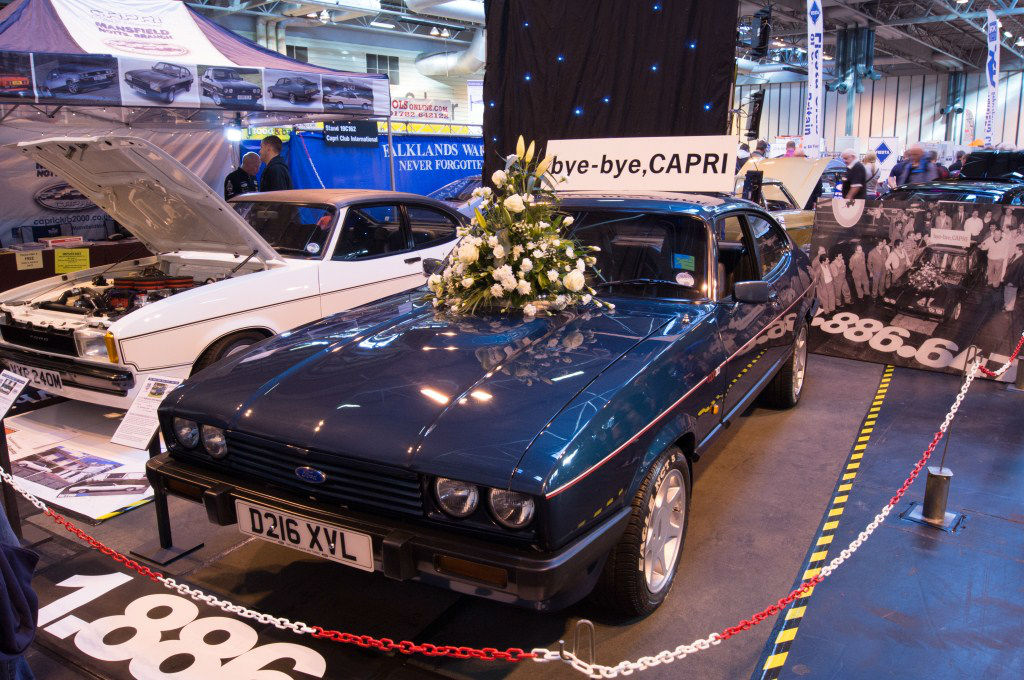 We were there for around 4 hours, walking round pretty much all of the show, it really is huge! One thing I noticed as I walked around are all the cars I had never even heard of before, weird and wonderful shapes to go with the equally quirky names!

I’d recommend the show to anyone who is interested in cars; it’s not so much ancient classics……but more modern classics. You will end up walking around spotting cars and saying “I remember them” all day long! 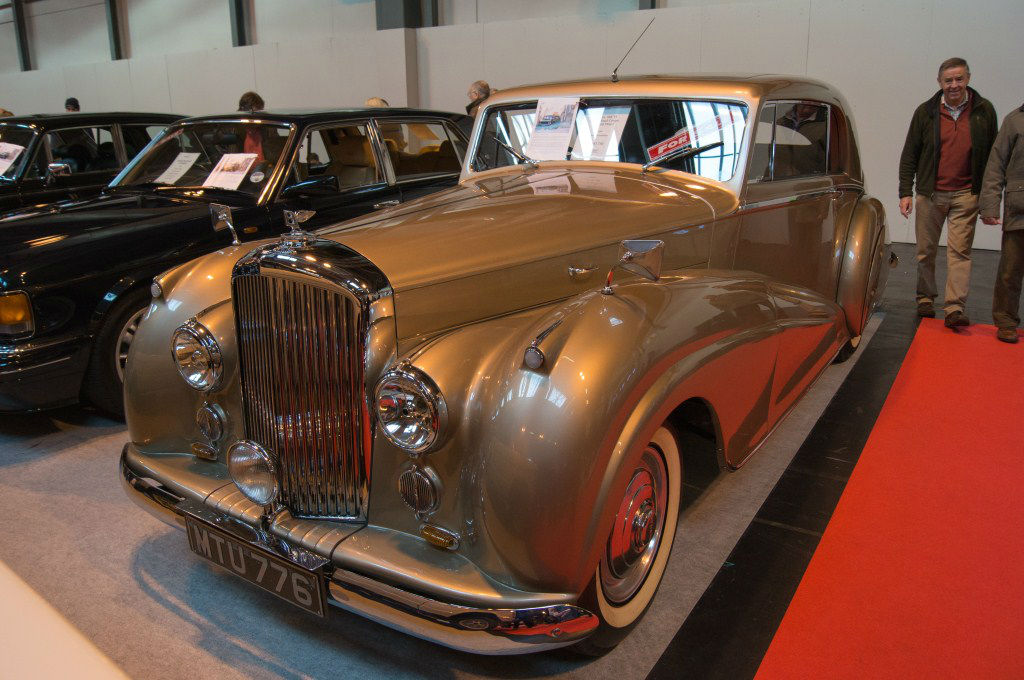 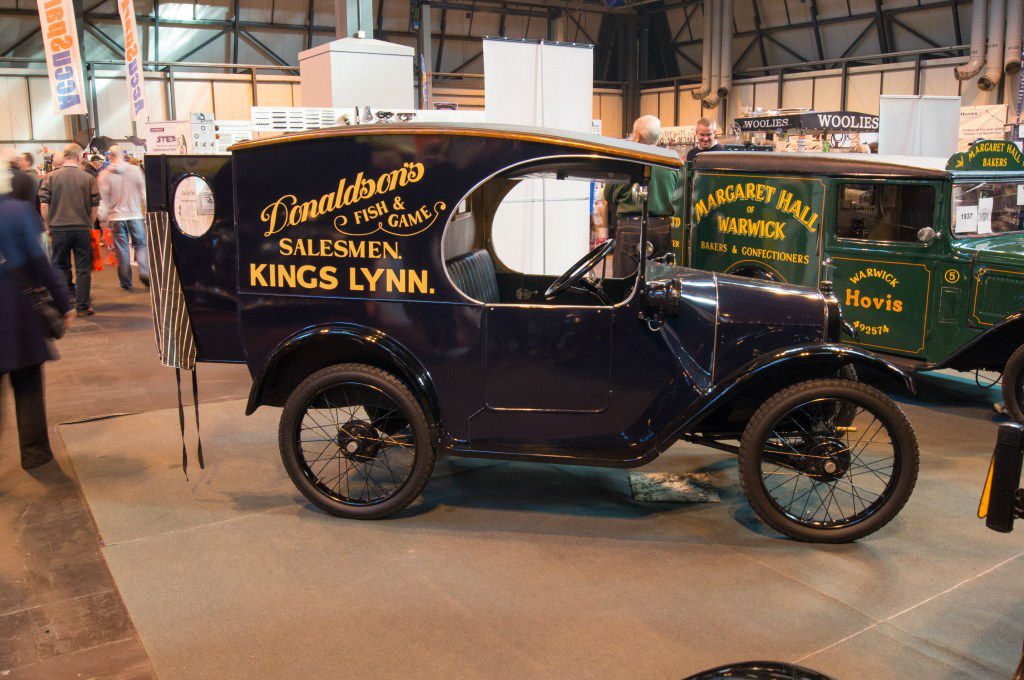 For more information on Sporting Bears and to find out where they will be next click here: http://www.sportingbears.co.uk/

Some more pictures from the day: 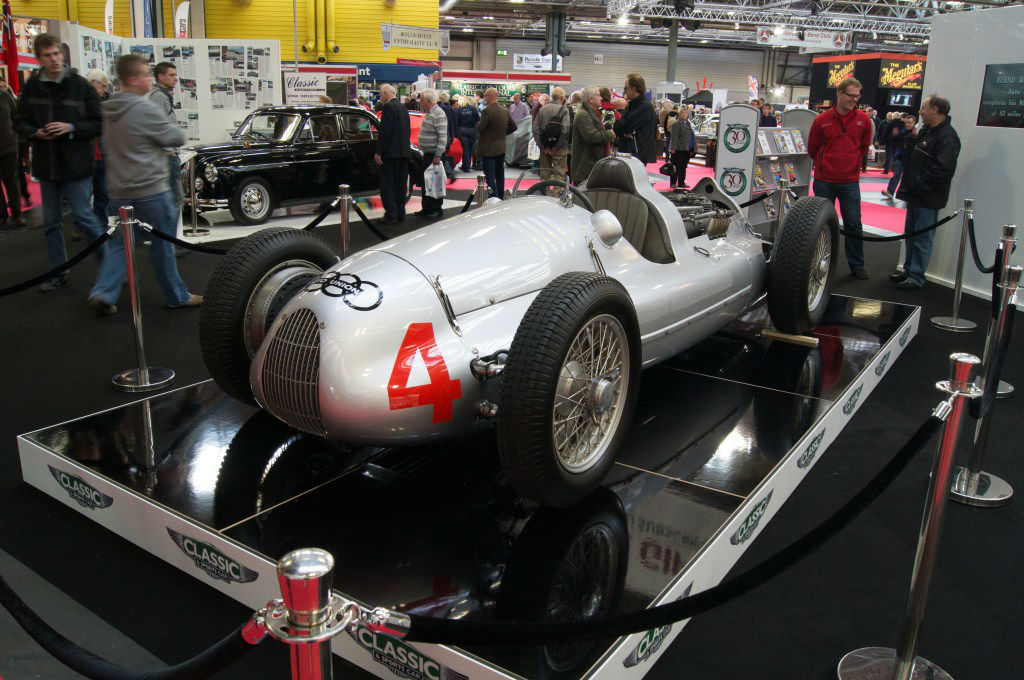 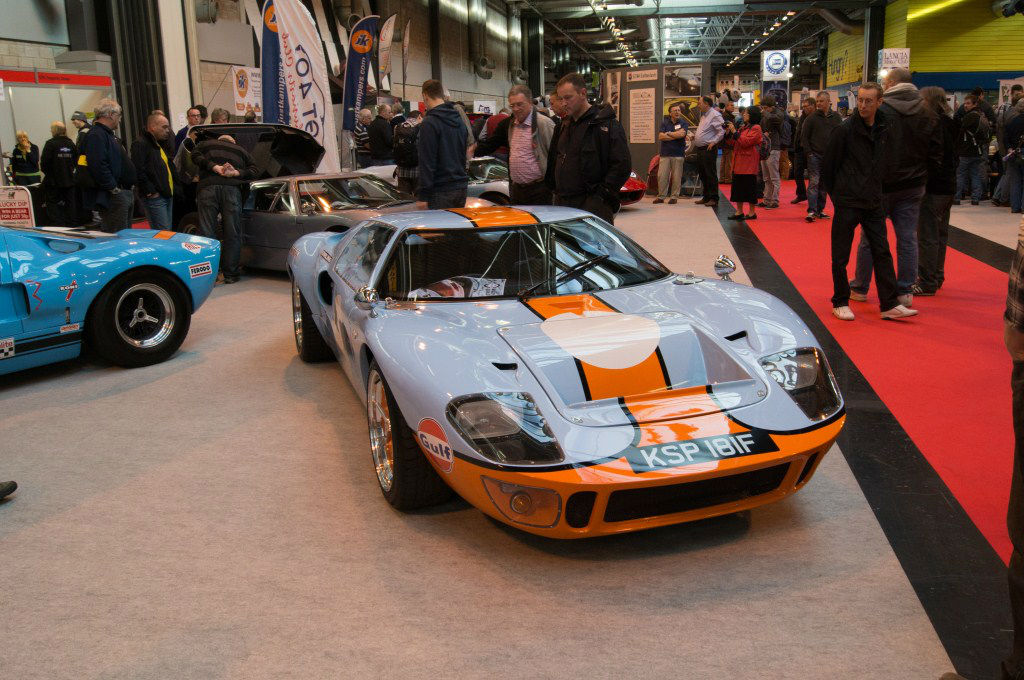 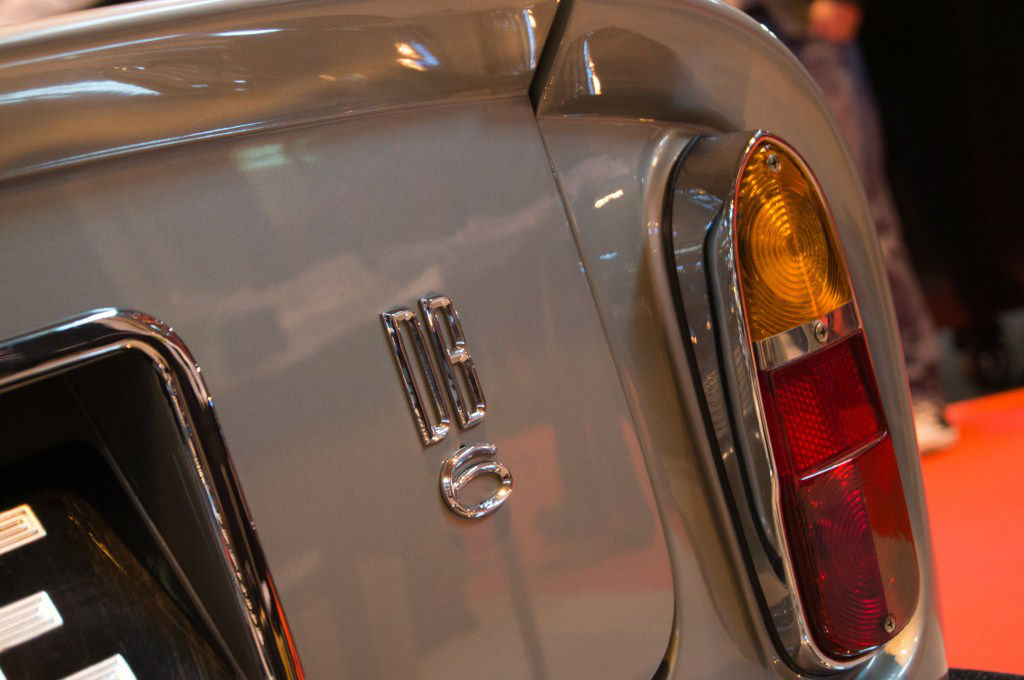 MX-5 gets a new face