I suppose this could be seen as  a sort of follow up to Pete’s glance at the pros and cons of dumping 17 to 20,000 on an Arnage instead of a Eurobox, but if the humblest of truths be told I had the idea for this piece when sidling through the centre of Cambridge on a drizzly Tuesday morning near the end of last month.

Grumpily keeping a steady distance between me and the double decker in front, my trance was shattered by an absolute specimen of a mid cycle XKR sitting at the side of the road. The one with the 5 litre supercharged instead of the 4.2, the chrome rimmed vents on the flanks of its nose but with the original front lamps. The facelift that was in the end facelifted. I cant express to you how much this naughty cat brightened up my morning. 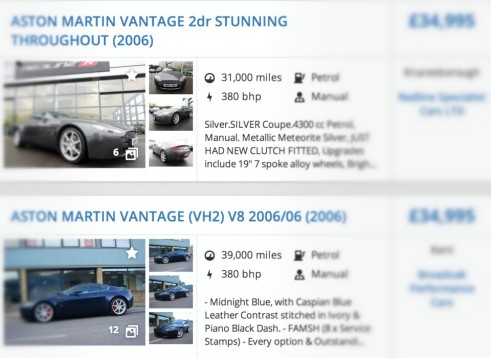 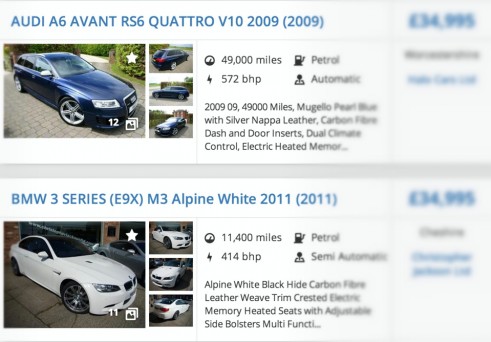 Go on. Have a browse of the classifieds. I know the URL sits well used in your history. Yours for about £30,000. Yes that is the middle ground of the price range for a 2010 or there abouts 5.0 coupe. 510 bhp of growling big cat V8 goodness. 30 more horsepower than that drop top F-Type V8S Jaguar will now sell you for three times the cost, I might add.

Before I start yammering on about the sorts of cars you can pick up for aforementioned amount of cash let me try and articulate why doing so might not be such a woeful idea or indeed so financially terrifying.

It’s fair to say the automotive industry has been through a lot over the past ten years. The battle against CO2 and subsequent advent of hybrid drive, rigorous crash test regulations and so on. What most would easily miss however, is how resilient cars have become. 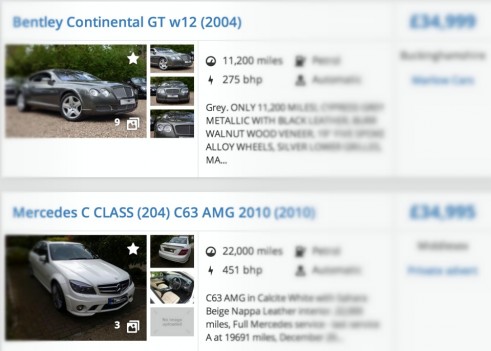 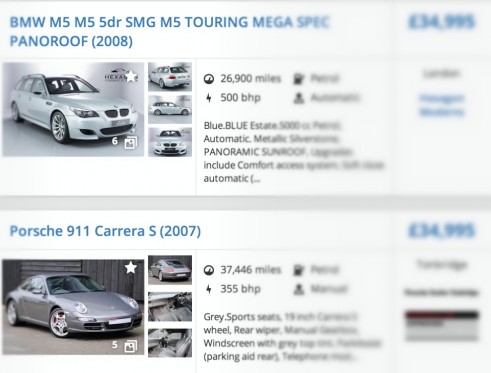 These past ten years the more desirable end of the marketplace has lost a bit of that bespoke feel. Make of that what you will, but in the context of this discussion that’s whats come of manufacturers producing a more solid feeling product.

Compare the design, quality of materials and overall hardiness of the E46 and E90 generations of BMW M3 and the jump by the latter is galactic. The E90s were just more grown up cars, produced in greater number and to a higher standard.

The same goes for the Aston Martin DB9: three generations ahead of its predecessor in terms of quality, design and engineering. Rinse and repeat for V8 Vantage and all Astons since. Bentleys Continental GT and subsequent iterations… I needn’t rant on about that Germanic industrial bomb-shelter of a car. Maseratis Gran Turismo.. lets just say Maser’ would rather the 32 and 4200s were forgotten after that came out. Audi RS4 and R8. Nissan GT-R. Porsche 911. 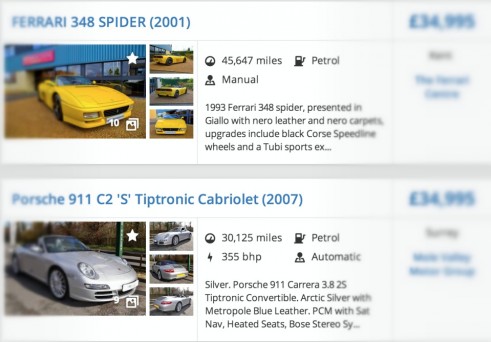 It sounds like i’m just rattling off the generic performance car crop now…but an interesting irony has come of the age of the most easily recyclable automobiles ever produced- that is that they are the most resilient. You can feel confident that if you take yourself down to an Aston Martin dealership with 35 grand you drive away both well looked after, and at the wheel of a solid bit of kit. If you made a statement like that 15 years ago you’d be sectioned.

Who do we have to thank for this industrial revolution?

Of course, the Germans. Porsches later 996s and the 997 are bomb proof ten year old buys. Volkswagen took Bentley into a different universe in terms of design, engineering, production and as a result, profits. Lamborghinis 14,000 Gallardo production run: orchestrated in Ingolstadt and then of course the Germans themselves joined the party between 2007 and 2010 with the R8 and SLS. Both of which will be absolute solid 30-£40,000 buy in a couple of years.

So back to the original question, then. Just how much car can you get for less than £35,000?

The answer is a hell of a lot. For pure desirability and punch for your buck I can’t help but default back to that lusty Jag.

Get yourself on the classifieds, tick all the solid players and their most revered models you can think of, set a max price of 35k, maybe a mileage and age limit just to be safe, and be surprised as what was once hundred grand machinery billows out down the following pages. 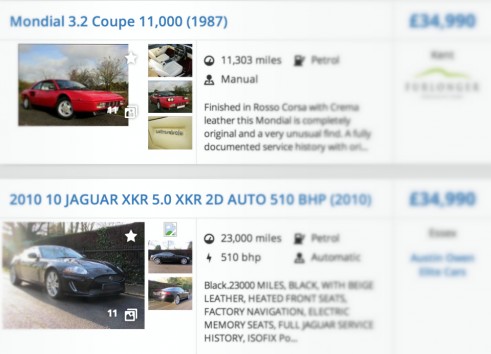 How to drift in a car park