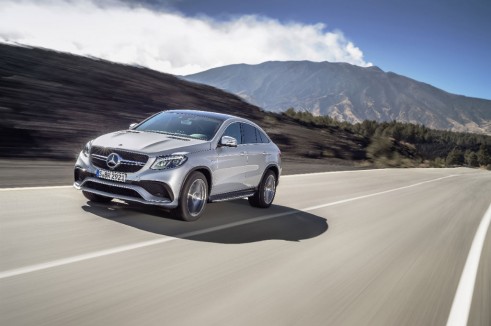 The uber-crossover will be a direct competitor to the X6 M and gazumps it’s Germanic rival in the power stakes – the beemer clocks just 567bhp.

As we saw before the GLE combines coupe and 4×4 styling in a manner that is going to divide opinions wildly. 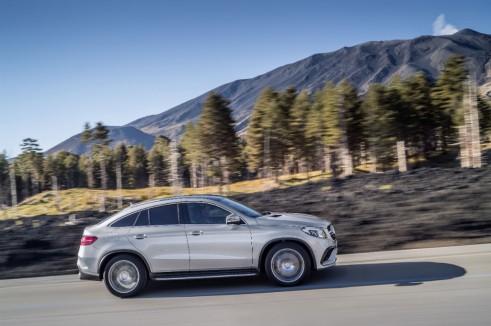 Of course it’s not as simple as first appears, there will be two different versions of the 63, the GLE 63 Coupe and the even bigger mouthful GLE 63 Coupe S.

Under the bonnet both have Merc’s 5.5litre twin-turbo V8, which in standard form will produce 549bhp, but some extra cash will see the S hit that near 600bhp headline figure.

The S upgrade also means 760nm of torque through all four wheels. As you would expect that produces some pretty special figures, the GLE 63 S will hit 62mph in just 4.2 seconds and push it’s heft up to an electronically limited 155mph.

That power is diverted through Merc’s seven speed dual-clutch 7G-TRONIC gearbox before AMG Ride Control sports suspension, Sports Direct steering and roll stabilisation reign everything in at the sign of a corner. 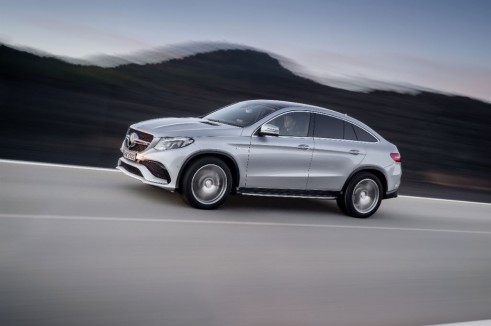 The four-wheel-drive system sends more power to the rear as standard with a 40:60 front/rear split helping to aid traction. The air-suspension also helps, changing the ride height depending on speed, for better stability at the higher end.

As usual in an AMG model there are several transmission set ups to play with, including individual, comfort, sport, sport plus, and, er, slippy.

It all adds up to something big, but sense-defyingly fast, and no doubt will be available at a similar outlay to the X6 M’s £90k price tag.