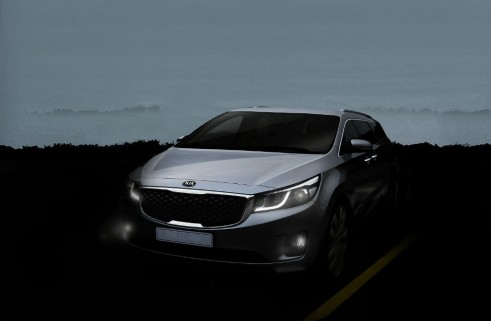 In a release vying for the title of “vaguest information of the year” Kia have announced a new mid-range MPV will be making it’s debut in New York later this month.

No information has been released other than the claim that the new car will “challenge the segment and will offer the functionality to transport as many as eight passengers and their belongings whilst also serving as a purposeful offering for adventure seekers”, so bring some mates.

One picture has been released, a dark teaser showing the standard Kia face on what looks like a standard mid-range MPV body, so we wait to be impressed.

That’s it, but more details will be revealed before the car is fully unveiled at the New York International Auto Show on Wednesday 16 April.