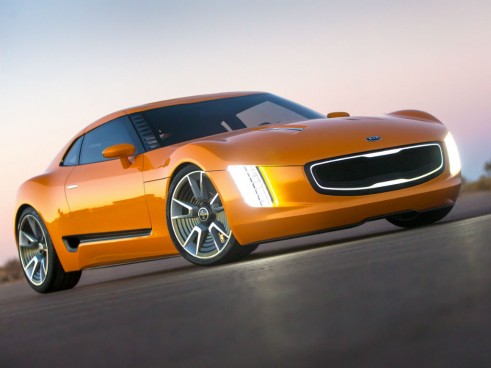 Kia turned heads at the Detroit motor show by revealing the GT4 Stinger – a concept sportscar they say is their most “aggressive” ever.

Under the bonnet the 2+2 coupe packs a flat four 2.0 litre turbocharged petrol, pumping out 315bhp. The engine is shared with the firm’s Optima race cars that contested last season’s Pirelli World Challenge.

The engine will be coupled with a six-speed manual gearbox as Kia claim their concept “harks back to the days of the affordable sportscar” – a bold claim that must aim it squarely at Toyota’s £25k GT86. 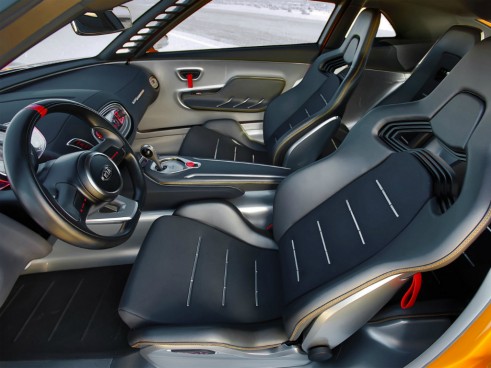 Behind “lightweight” doors Kia say the Stinger will have no carpets or stereo but a unique, transparent, A-pillar design gives it exceptional 270 degree visibility.

Outside the 4.3 metre GT4 carries a new evolution of the firm’s “Tiger” design concept. Pushed out wide of the the standard Kia grill sit elegant LED light clusters while the rear is swathed in glass.

The flanks carry muscular shoulders over 20 inch custom alloys and long aggressive vents – channeling air to the rear brakes – run from the leading edge of the doors. 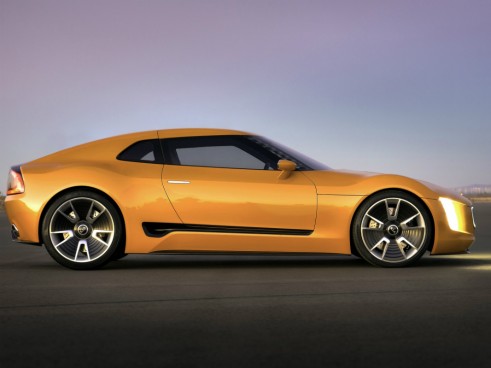 No performance figures were released at Detroit but while Kia claim they have no plans to put the concept into production they stress they have “a history of delivering production vehicles that bear a strong resemblance to the concept that preceded them”, so expect something similar on the road in the next few years. 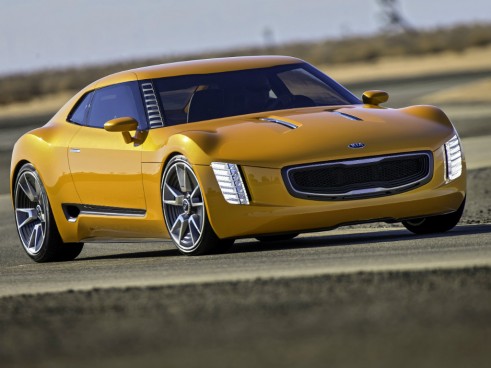 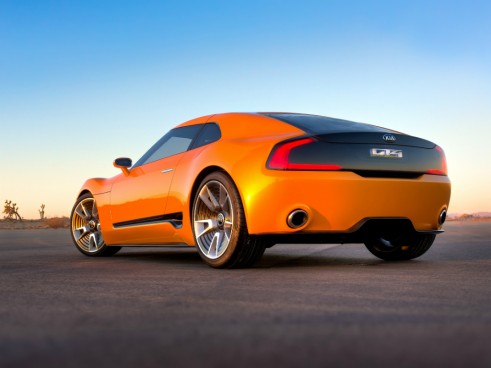 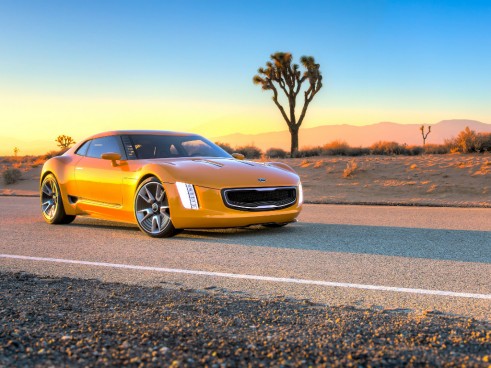