Infiniti has announced the world’s first variable compression ratio engine, something car manufacturers have been scratching their heads over for years.

The engine has been in development for over 20 years. Named VC-T, it’s a four-cylinder turbocharged gasoline engine which is capable to self-adjust piston height. The compression ratio can range from 14:1 for high efficiency or 8:1 to suit high performance.

The engine’s control logic will automatically apply the appropriate ratio to suit the driving style in which the car is driven. 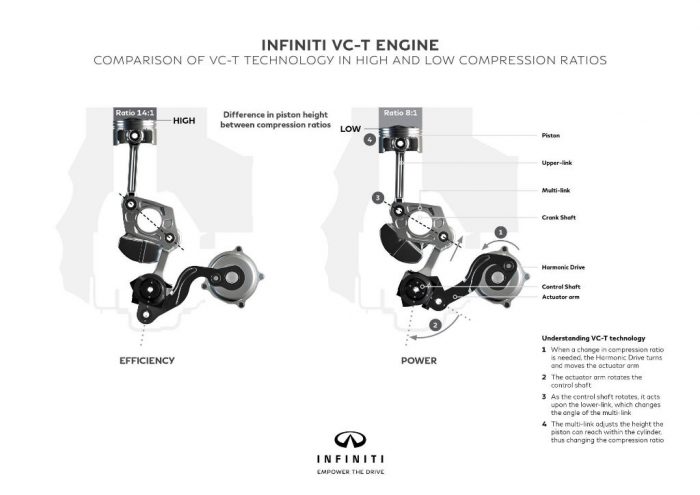 “VC-T technology is a step change for Infiniti. It is a revolutionary next-step in optimising the efficiency of the internal combustion engine. This technological breakthrough delivers the power of a high-performance 2.0-liter turbo gasoline engine with a high level of efficiency at the same time.” Roland Krueger, president of Infiniti Motor Company said.

Infiniti will officially present the VC-T engine at the Paris Motor Show on 29th September. 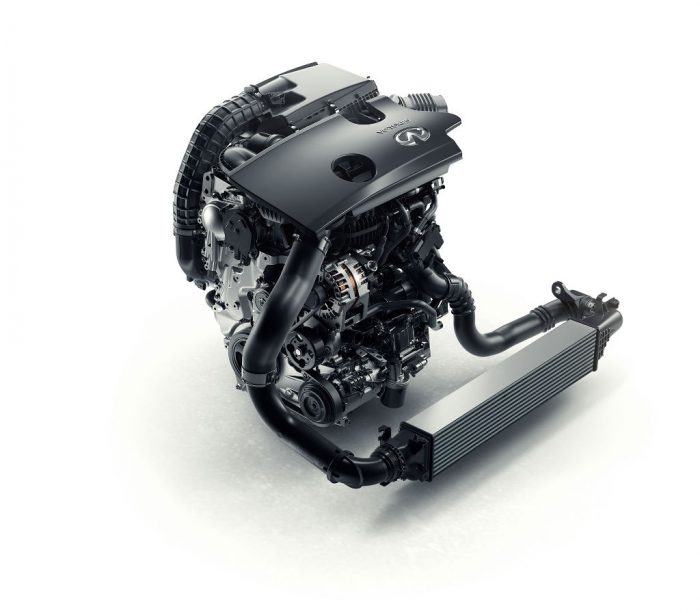