Coys have just sold a Jaguar E-Type that was found under a hedge for £58,000.

It’s last owner a racing driver by the name of Frank Riches. He burnt the clutch out on it and instead of getting it repaired put the car into storage. Sometime in the 80’s he moved it and put it under a tarpaulin in his garden until it was purchased by the current vendor in 2015.

Lets hope it gets fully restored and given a lot of missed TLC! 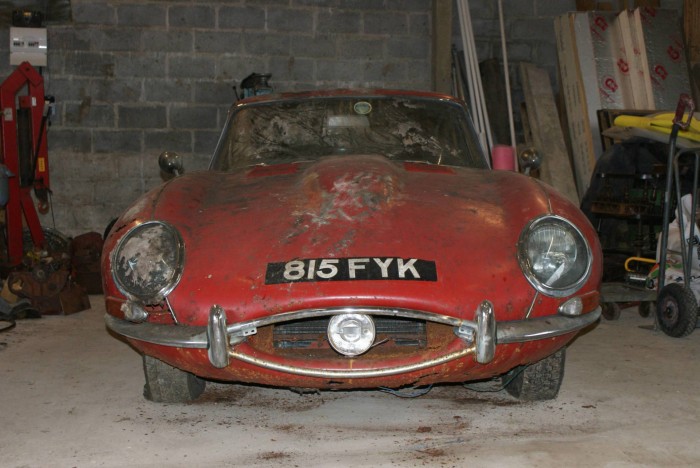