Great Escape Cars Review – Carwitter Makes A Get Away!

Fruit, that’s what we all need before a long old day of driving, some fruit, or maybe we’ll just go over to that stall selling sausage sandwiches. But, then again, the fruit has been laid out on a very nice table, I mean, most people don’t go for a beige table, but that’s fine if it’s what you like.

You might call it a moveable feast, mostly because the beige table has four wheels, a vinyl roof (ah, the seventies) and the Spirit of Ecstasy perched on the front, yep, it’s a Rolls Royce. 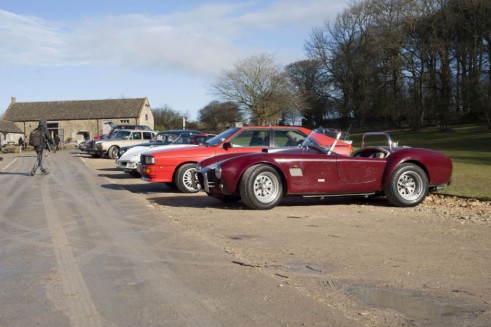 Welcome to Great Escape Cars, where a Roller is simply another method for holding fruit, and all the information packs have been tastefully scattered across the bonnet of a Corvette. That’s not to do them down, they’re lovely chaps, but I guess when you work with these cars every day you may become a little blasé about one or two of them. 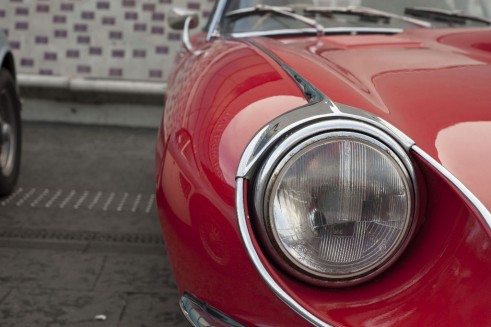 Great Escape Cars (GEC, I’m not subbing that phrase again… ed) are based in the Warwickshire town of Redditch, so, since I hadn’t moved yet, it wasn’t a very long schlep from Birmingham. We’re here, as we were at Jaguar a few months back, to sample what members of the public have to pay for; to have a go in some absolute classic cars.

It’s a blast of noise, body roll and not a lot more. But that’s why we love it, they don’t really make anything like that today, it’s all Nurburgring this, 80-millsecond gearshift that, five grams saved by shaving half a millimeter off the bollocks of the test driver

There’s only one catch, ignoring the fact that we do have to write something about the experience, all the cars are pulled out of a hat, oh, and one of them’s an Austin Allegro…

But we’re unperturbed by that, and anyway, how bad could that be really? 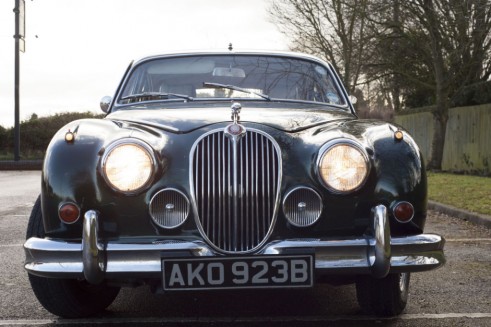 I pick first (the boss is a wimp and daren’t thrust a paw in and come out with the Allegro) and soon we’re settling ourselves into the Austin’s lovely front… nah, thankfully we’re actually sliding into the soft leather of a Jaguar MkII, a car I have had the fortune of driving before.

Since you know something of the MkII from our Jag visit we’ll keep it brief, but, safe to say, once the engine has had some time to warm up it’s everything you expect from the looks and badge; quick, engaging, but beautifully controlled. 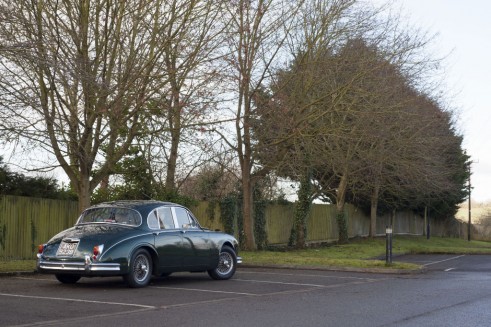 Quick coffee at our first road stop and Adam, plucking up the bravery from a new found part of his being, has pulled the card out of the hat, it’s a wheel hub really, but hat sounds all-the-more refined doesn’t it?

It’s an AC Cobra, not a real one, but a replica, but the most concerning thing is the unfettered look of joy on the face of the previous incumbent as he sees us step into it. 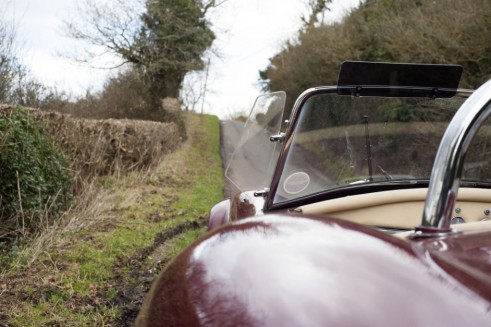 Roofless in February we set off expecting the worst, but hoping for the best. The Cobra sounds fantastic, with a big Rover engine underneath, but boy does it have a bite with its bark. The moment Adam swings the big two-seater out onto the main road we’re in a powerslide, and rather close to some oncoming traffic.

What an experience though, it’s twitchy, it’s alive, and who knows where the power range is, or third gear for that matter. 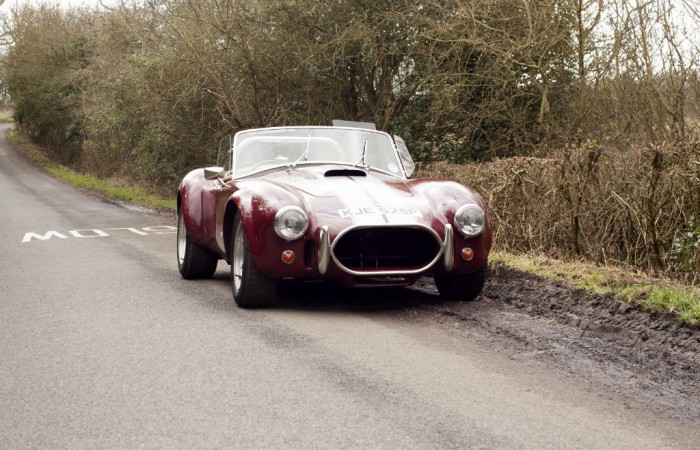 And then it ran out of fuel.

Not GEC’s fault really, and before you say anything, also not ours. Half a tank of fuel is swallowed by the big Cobra in the time it took us to get halfway to the next stop. Never mind, the countryside is lovely and it doesn’t take too long for us to be found, fueled, and back on our way towards a much needed burger. 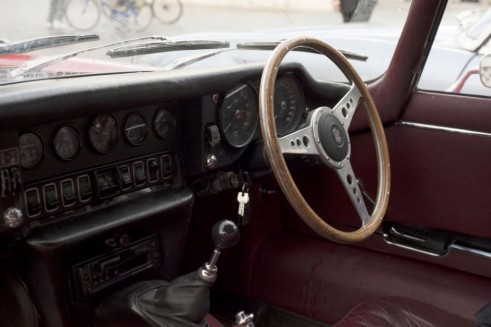 Do not let that experience tar your thoughts on GEC in any way, nothing could ruin a day that was soon to include not one, but two Jaguar E-Types. An original straight six was on its way, but first, a jaunt through the rain (hail) in the later model V12. 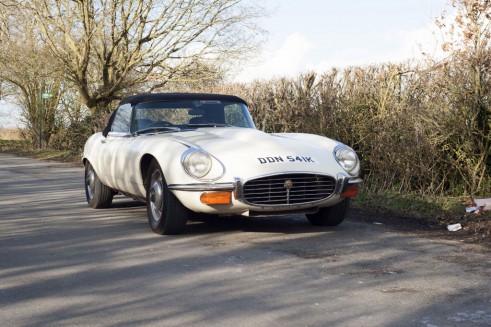 It’s not as pretty as the earlier car, changes in regulations meant the lights had to be altered and, while its still got those iconic lines, there’s no denying the E-Type lost some of its magic when it was redesigned.

But, when you’re behind the wheel, who cares?

You’re driving an E-Type, one with a very early version of power steering, and that V12 doesn’t half pull, GEC look after the old girls very well, and it has no designs on lazily sauntering around the countryside. 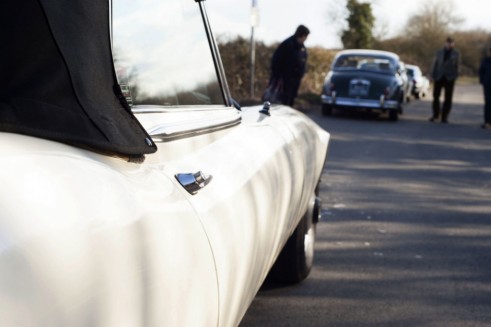 But to compare it to the earlier model, and there’s no way we weren’t, you can see why the original is the prized one.

No power steering means you feel everything, it’s just more engaged, sure it isn’t as quick to 60mph but it doesn’t feel much slower. And then there’s the looks, the original E  Was called the best looking car ever, , it’s no wonder it took Jaguar so long to even dare to make the F-Type, despite years of clamour for a successor. 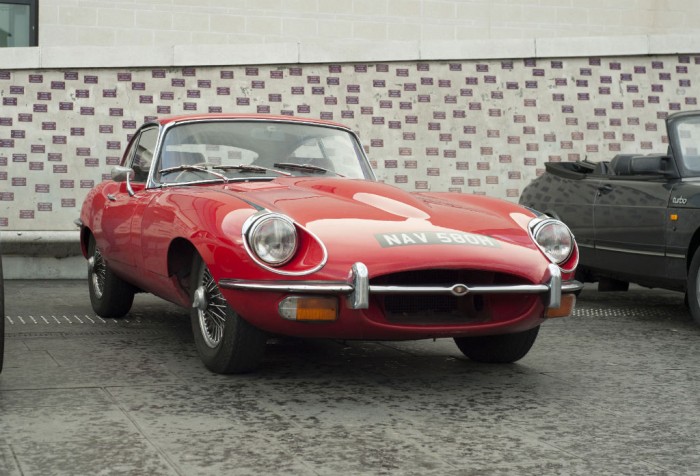 And so, outside the motor museum in Coventry, we plumb for our final car, and this time we get a free choice, at least we would have, but some blighter got away with the Quattro before I could.

A few years ago I went to Le Mans for the first time, I’d never really had an interest in the big, lazy, V8s our American friends prefer. But then something happened; I heard one of Corvette’s yellow beasts coming into the Dunlop Chicane and, before you knew it, I was head over heels in love. 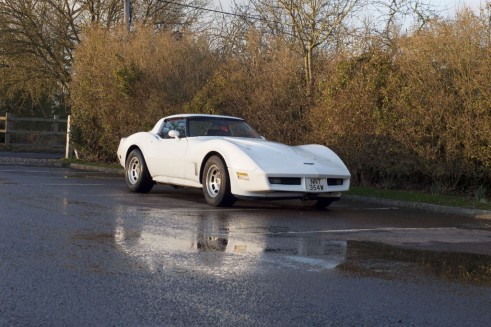 So, here is a 1980s model, practically longer than Coventry itself and painted in what seems to be the brightest white I have ever seen, I have to get in, just to hear that sound will make everything worthwhile.

In case you didn’t get it, the corvette is big, bloody big, it has pop-up headlights and I swear there’s still another six feet of bonnet in front of them.

Rear visibility? Hah. Sure they put some wing mirrors on, but they also gave the ‘Vette shoulders Mike Tyson would be proud of, so good luck seeing anything behind you. 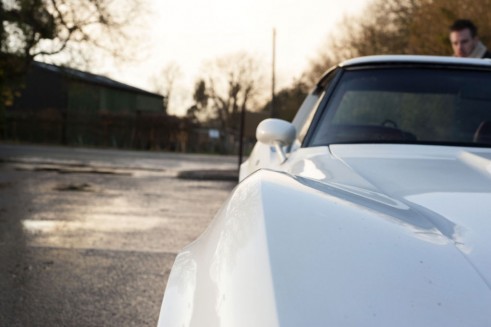 But who cares, the length is gorgeous, the shoulders are stunning and being on the wrong side means I can scare Adam by “accidentally” wandering into the middle of the road from time-to-time.

It doesn’t do anything quickly, but that’s not what this kind of car is about, what it does do is drama.

Put your foot down and all hell breaks loose, birds scatter, children in the next village awake, screaming, and nuns get on their knees, praying for forgiveness for their sins – and then you hit 30mph. 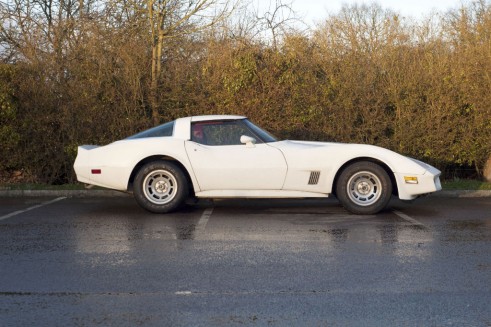 It’s a blast of noise, body roll and not a lot more.

But that’s why we love it, they don’t really make anything like that today, it’s all Nurburgring this, infinitesimally quicker shift that, five grams saved on shaving half a millimeter off the bollocks of the test driver.

This big Vette, and in fact, all of the cars we drove at GEC, care for none of that. It’s motoring at its simplest, laggy, stood by the road, and often sedate.

But boy is it fun. 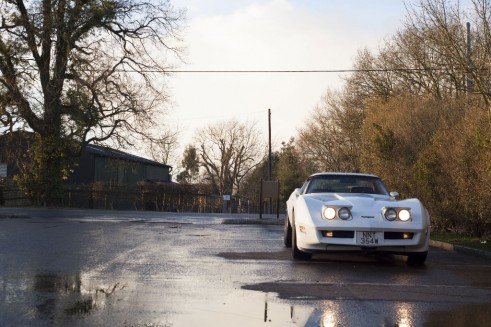 After an eventful day driving some uniquely different machinery we return to base…still wanting to try more!

Attending one of Great Escape Cars rally days allows you to sample around 5 cars from the fleet, its a wonderful experience which includes enough coffee/food stops to feed the 5000!

For more information check out greatescapecars.co.uk