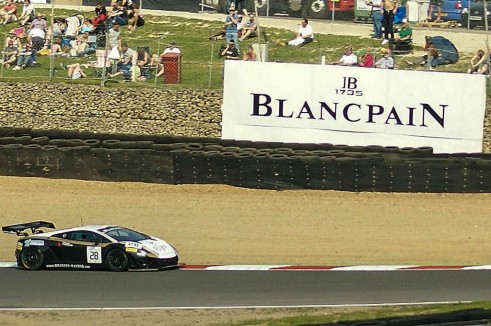 The pair took pole after a hard-fought victory in the morning’s qualifying race – the Lambo drivers fighting off challenges from Mercedes and Audi. 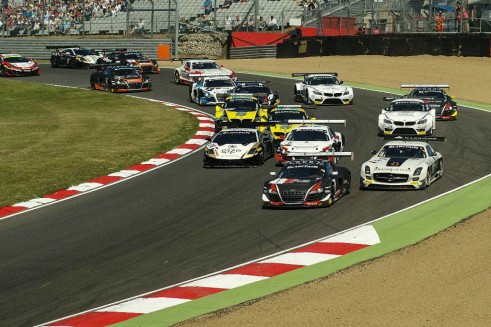 The WRT Audi of Laurens Vanthoor had led the opening stages but chose to pit as soon as possible when the window opened. Bleekemolen stayed out to push before handing the car over to Proczyk.

By a stroke of luck the field was neutralised to rescue Alex Zanardi’s beached Z4 just as the Lamborghini Gallardo dived into the pits. 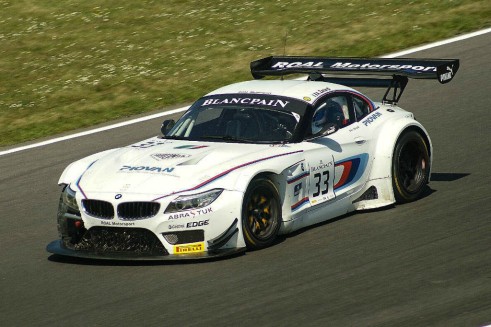 Zanardi had spun coming out of Clearways, but had difficulty disengaging the traction control and pitched the car into the gravel while attempting a half spin to get back facing the right way. 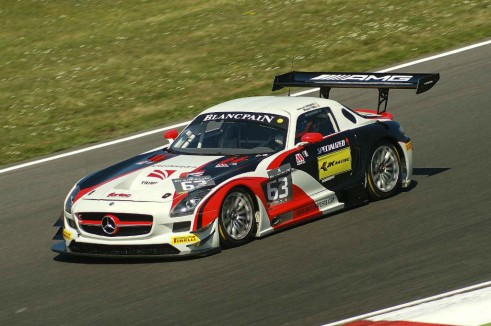 While the safety car held up the chasing #1 Audi and the Mercedes SLS of Maximilian Buhk and Max Gotze, who had leapfrogged the WRT Audi and the formally third-placed Phoenix R8 of Markus Winkelhock and Niki Mayr-Melnhof  in the pits. 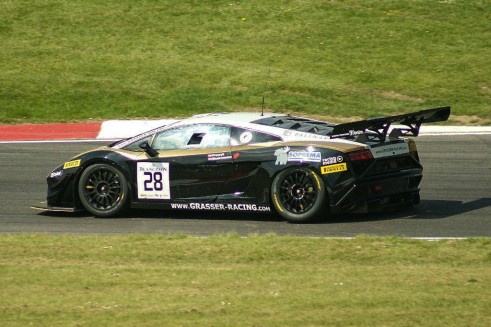 When the Safety car was withdrawn with 15 minutes to go Proczyk was able to keep the #28 Gallardo far enough ahead of Buhk’s SLS to take the victory while the #1 Audi, now piloted by Cesar Ramos, tumbled back to fifth.

That allowed Proczyk to start the main race at the head of the field, and the Lamborghini would lead for all but four laps to take a comfortable victory.

Proczyk was able to stay in front through Paddock Hill Bend despite the efforts of the #84 car in the hands of Buhk. 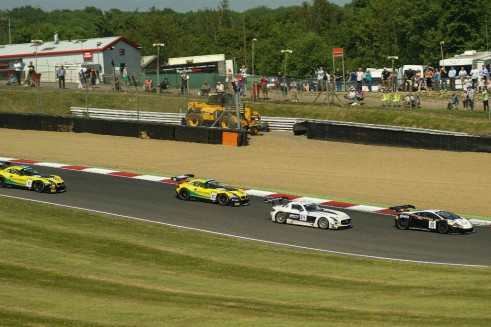 Behind them the Bitech McLaren piloted by former GP2 champ Giorgio Pantano stormed through the field to fourth off the line, but the #60 car’s promising race would be ruined when it shed a wheel after coming out of the pits and was forced to crawl back.

The Austrian was the first of the leaders to pit, bringing the Gallardo in to hand over to Bleekemolen after 26 minutes.

Quick work from the GRT crew and a slow stop for the #84 saw the Dutchman stretch his advantage to nearly four seconds, a gap he would maintain all race. 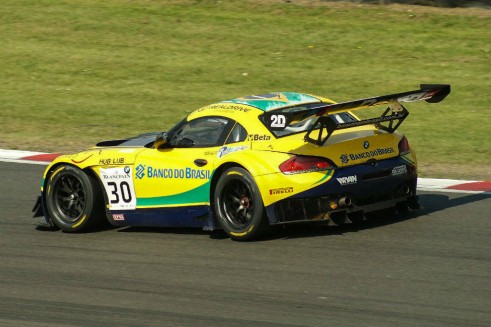 Behind him the slow HTP stop allowed the #30 BMW of Valdeno Brito into second. He and team mate Matheus Stumpf looked set for the team’s first podium until  they were hit with a drive through penalty for a pitlane infringement.

Their misfortune allowed the sister Brazilian #0 Z4 of Sergio Jimenez and Caca Bueno to take their debut podium in third. 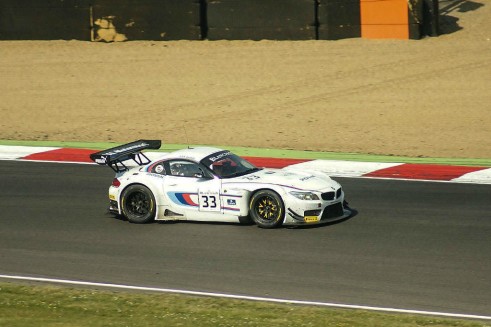 Headline were grabbed by a hard charging Alex Zanardi, who was recovering from his spin in the qualifying race.

The former CART champion stormed forward from 17th to finish fifth, taking advantage of the misfortune of some of the cars in front of him.

In the Silver Cup, honours were taken by Vincent Abril and Mateusz Lisowski in the #4 WRT R8, while Alessandro Latif and Marc Basseng raced the Phoenix #5 to victory in Pro Am. 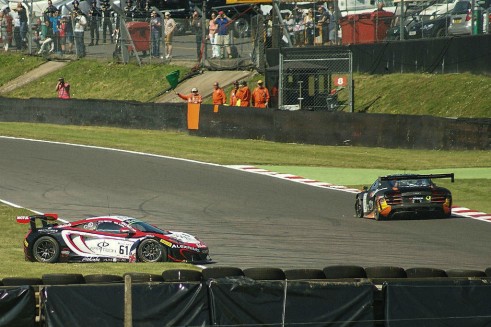 The result means that HTP extend their lead in the overall championship over WRT while Grasser move up to third. Maximilian Buhk now holds a ten point advantage over team mate Gotze, with the latter having not raced at Monza.

Grasser move up to second in the Sprint standings behind HTP, leapfrogging WRT, while Gotze and Buhk hold a nine point lead over Proczyk and Bleekemolen. 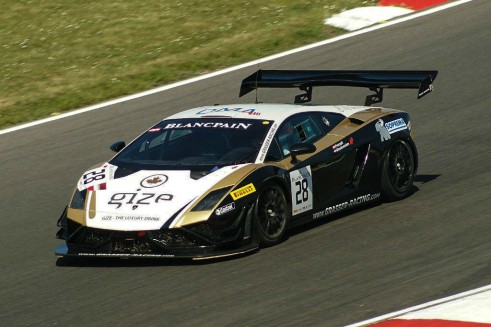 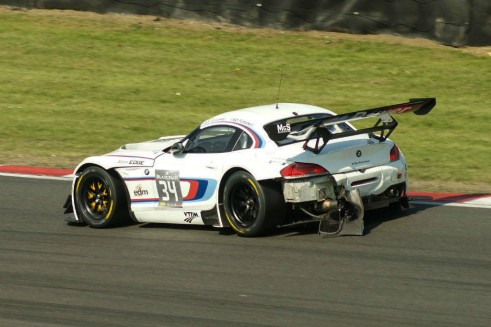 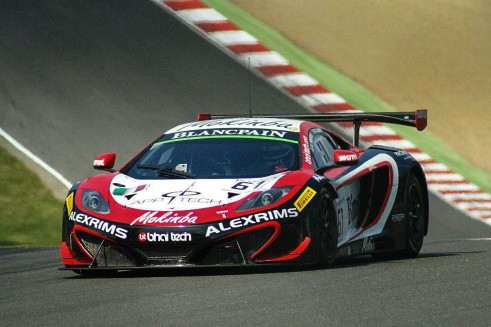 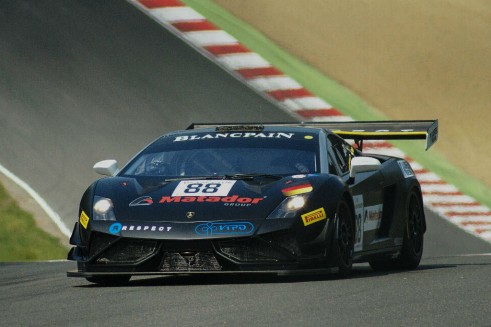 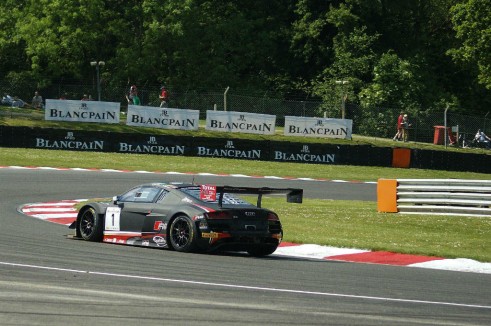